Ownership Verified: Everyday Is Like Sunday Cup: My 1998 Mazda Demio 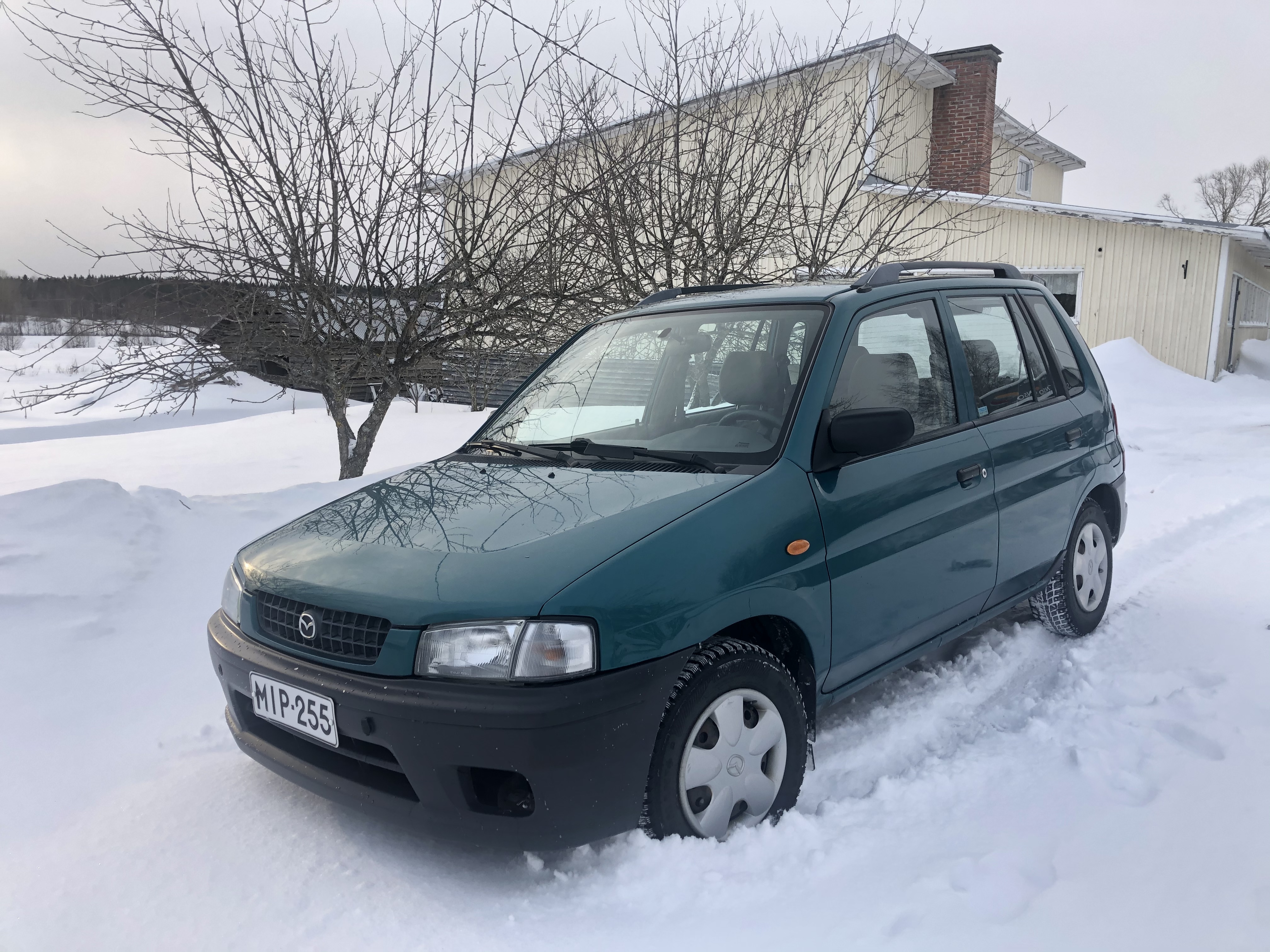 As you probably remember, I’ve had a few Mazdas in my time, and there’s just something about ‘90s Mazdas that really appeals to me. It’s the feel they have, the simplicity combined with mechanical stoutness yet with a dose of character that not every Japanese brand manages to show in their products. Of course the early ‘90s Mazdas are far funkier than late ‘90s ones, as the company really suffered after the economic bubble burst. But that’s another story, really.

But still, speaking of the late ‘90s, everyone here probably remembers what an impact Gran Turismo had when it was released. It seemed like the one thing that united every kid with access to a PlayStation, and when we got the game and the console as a Christmas present, it felt like digital heaven. Remember, we barely had Internet then and suddenly there was a game that combined car ads with racing and Japanese tuning. Huge deal. 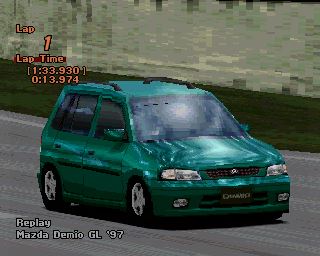 The game started with a pretty basic Mazda Demio that showed you the ropes. Launching the car off the line and coming to a stop in a defined area. Later on, Sunday Cup racing with other econoboxes, earning enough credits so you could move on from the Demio to Supras, RX-7s, 180SXs, Skylines and so on – but with the Demio playing the role of the First Car You Got to Drive. They also didn't need many pixels to render it.

Every now and then, I’ve checked ads for a Demio that would not be made of structural rust by now, not in a boring colour, not driven to the ground as a delivery vehicle, and obviously not expensive. Cars have come and gone, but I haven’t yet found a Demio that really felt like worth it to go and see it. Now, after all these years I managed to convince myself that this one could be justified to work as a runaround of the house, for grocery runs and the occasional roadtrip for the heck of it. We just have to have a Fiat Panda sort of car, a very narrow thing that looks like a box where you can put boxes inside, and one that always starts and gets you to work when the rest of the fleet forms and deforms around it. 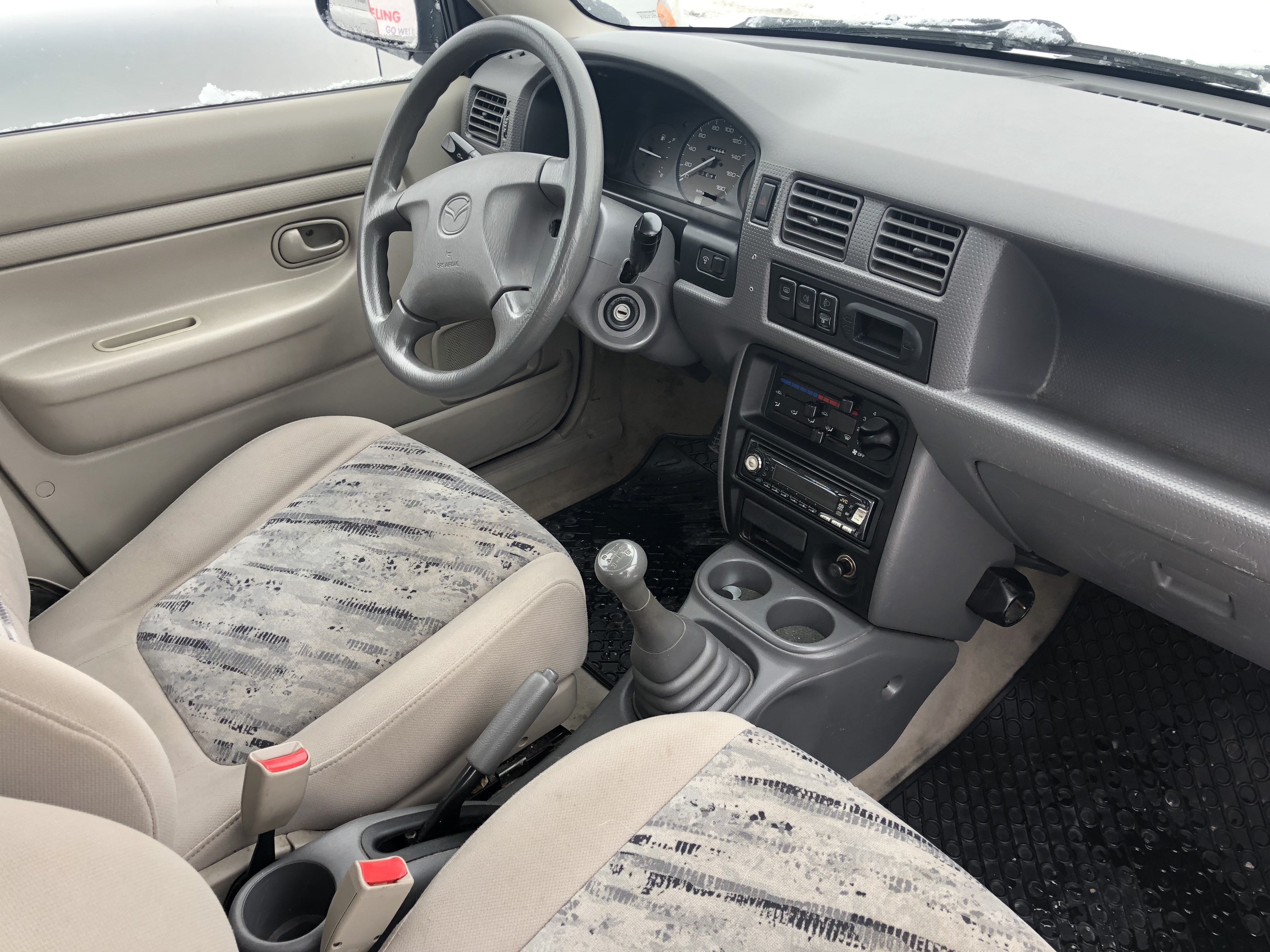 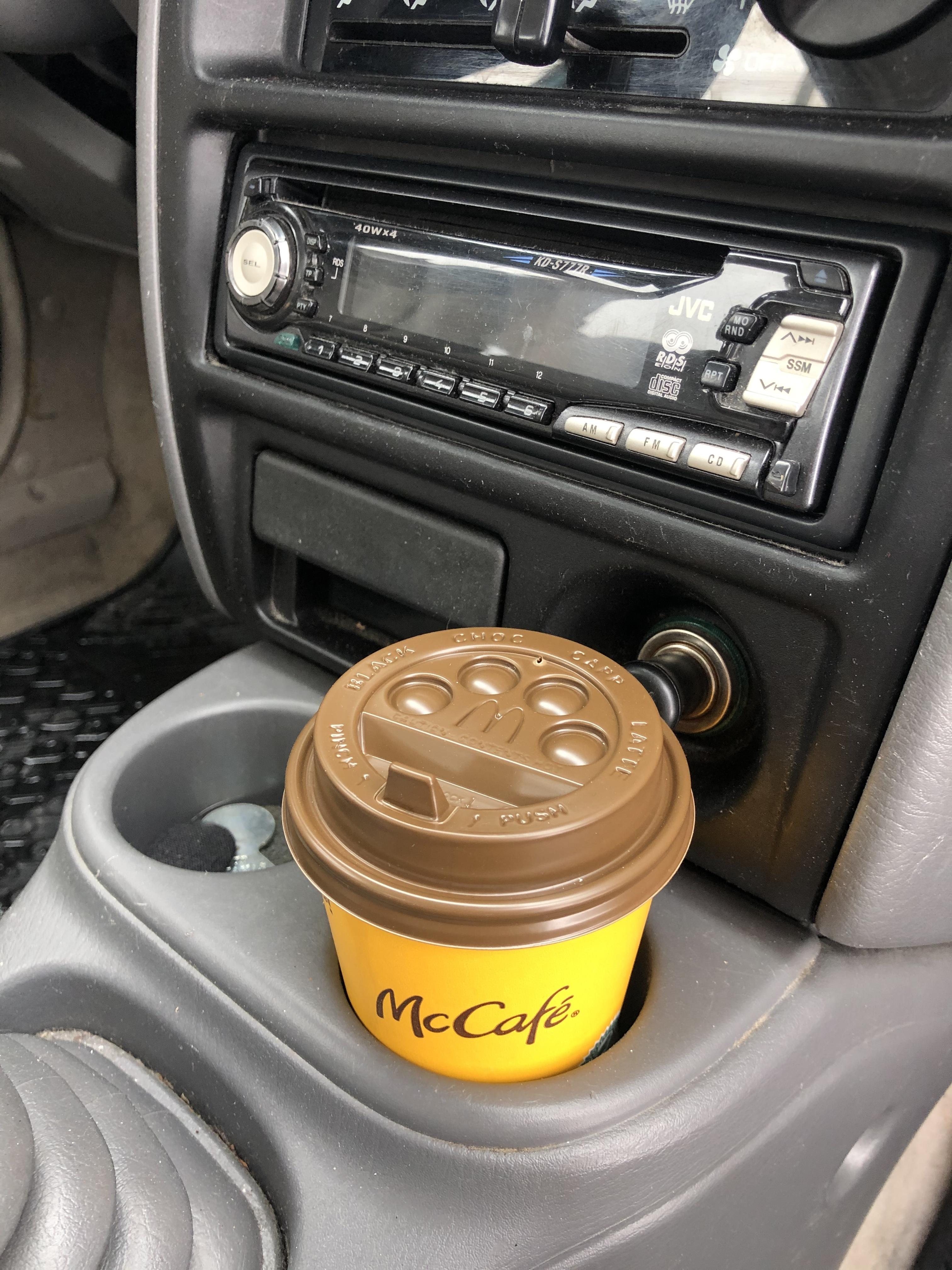 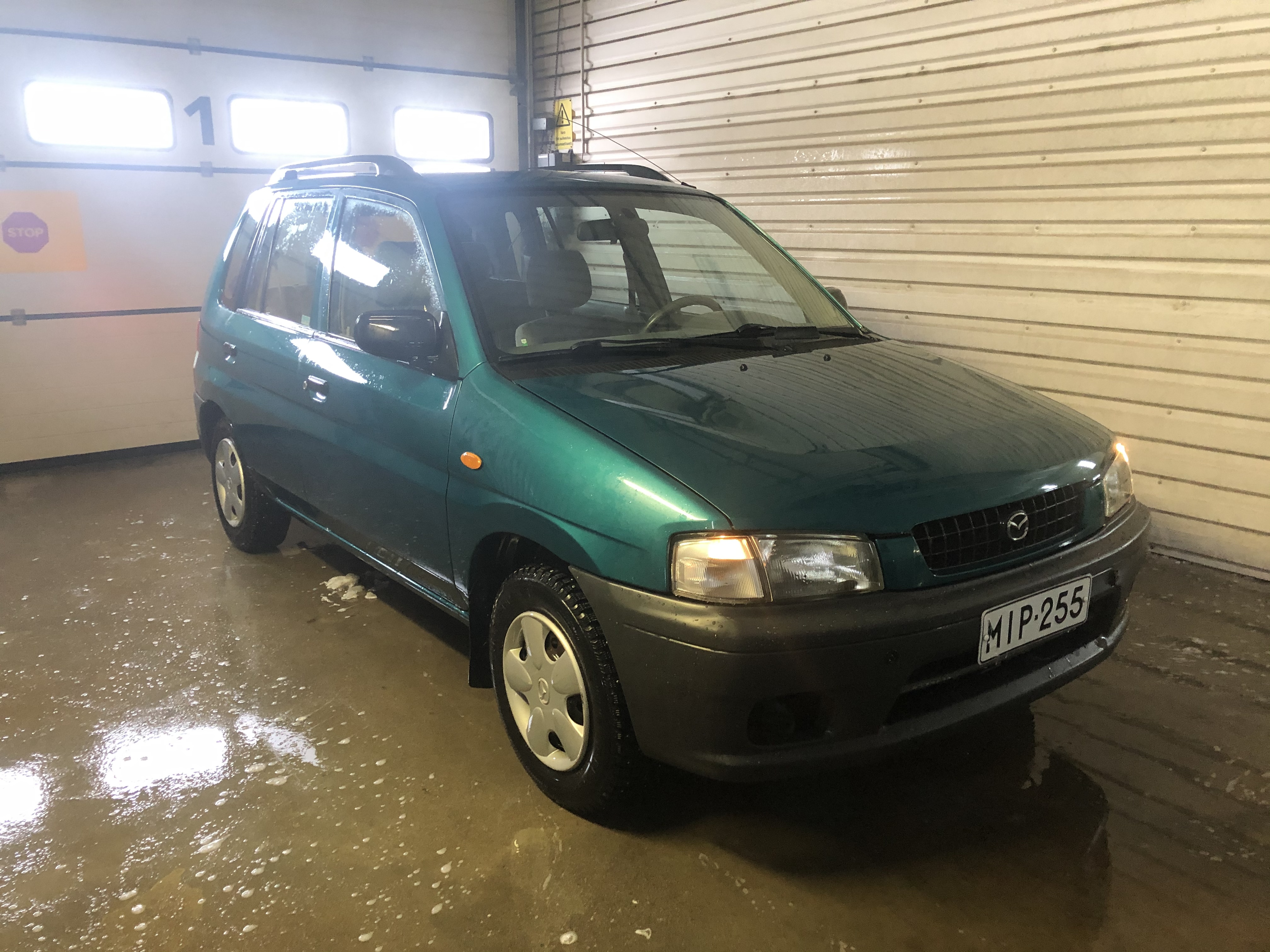 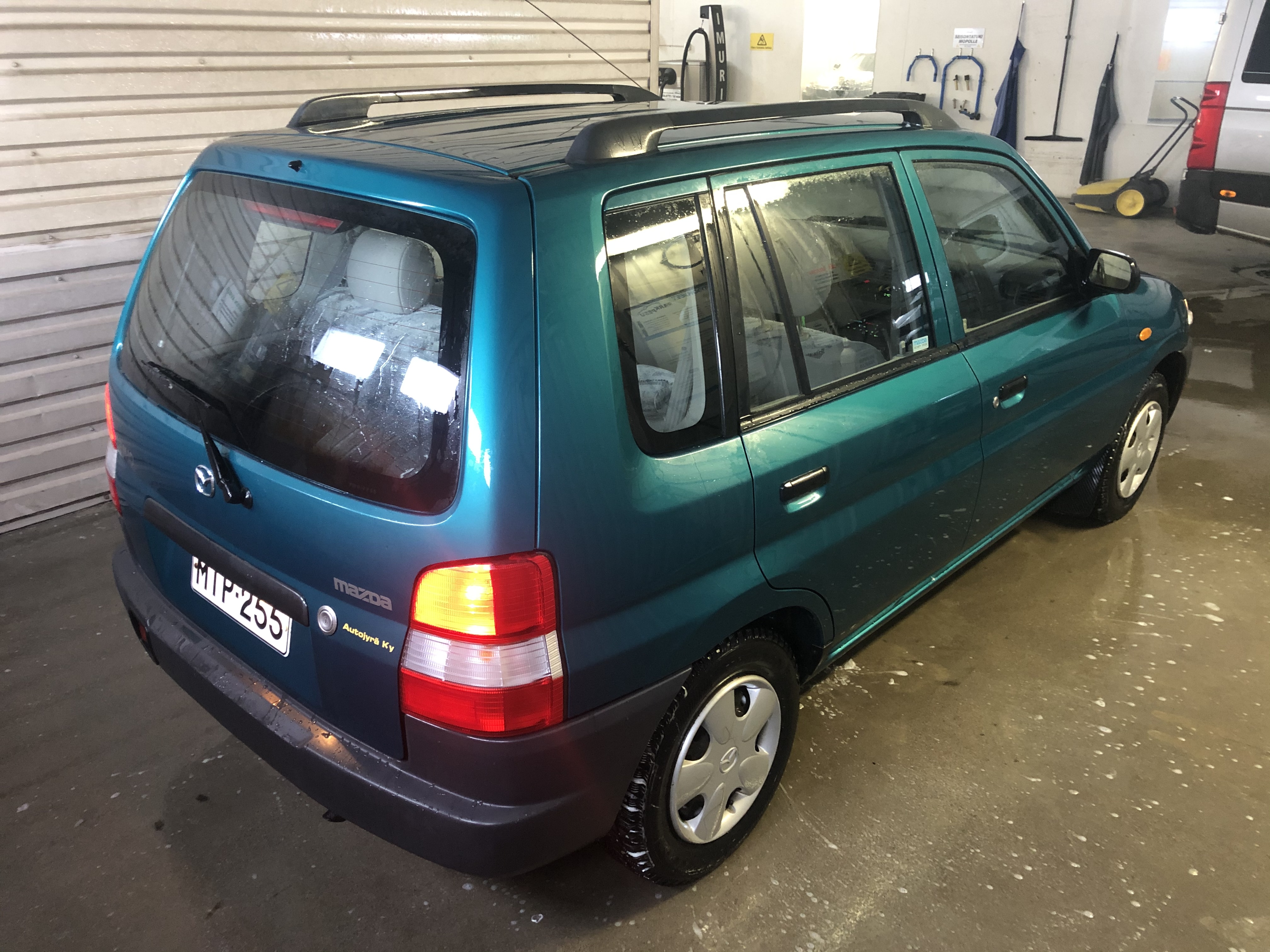 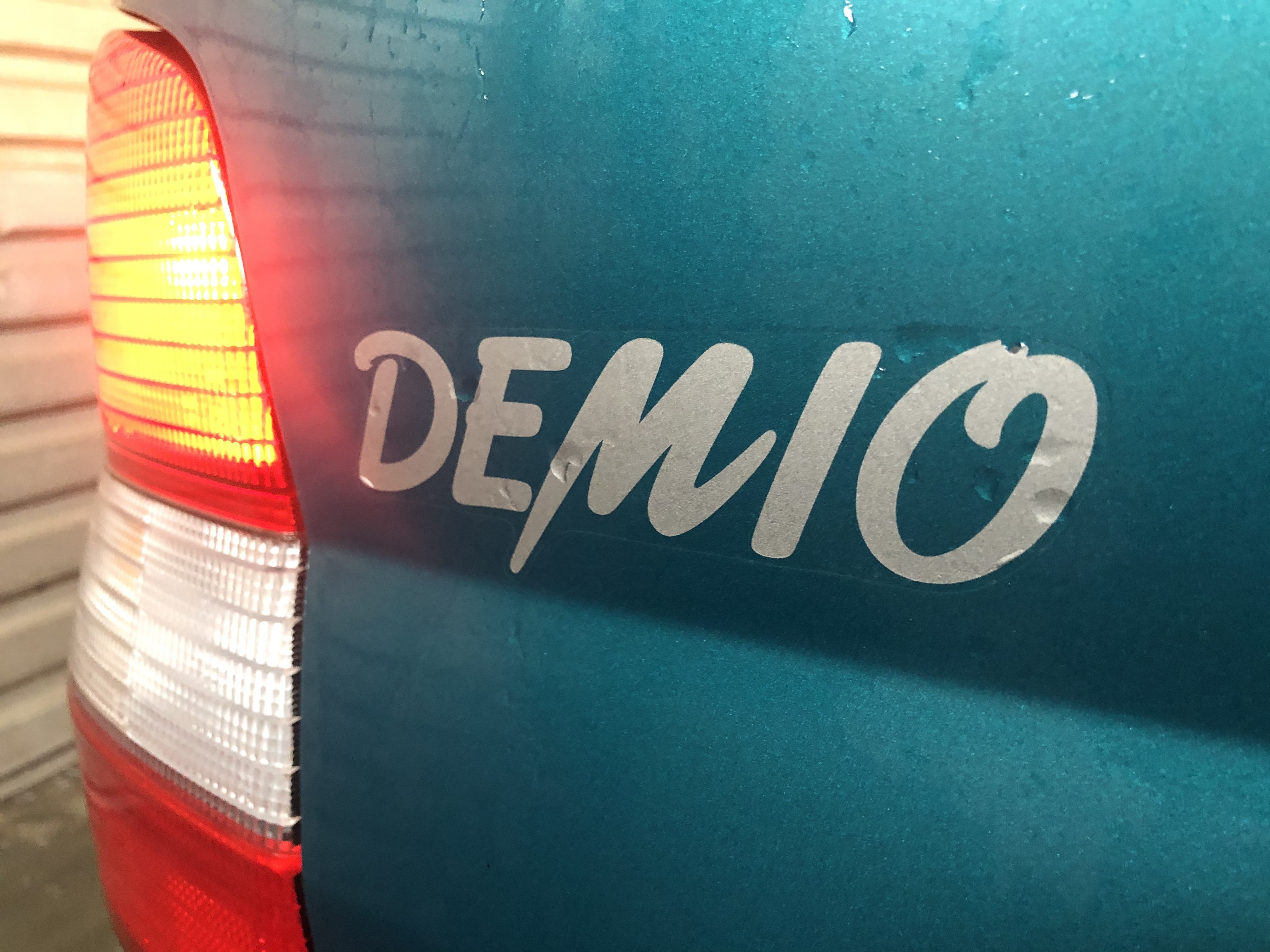 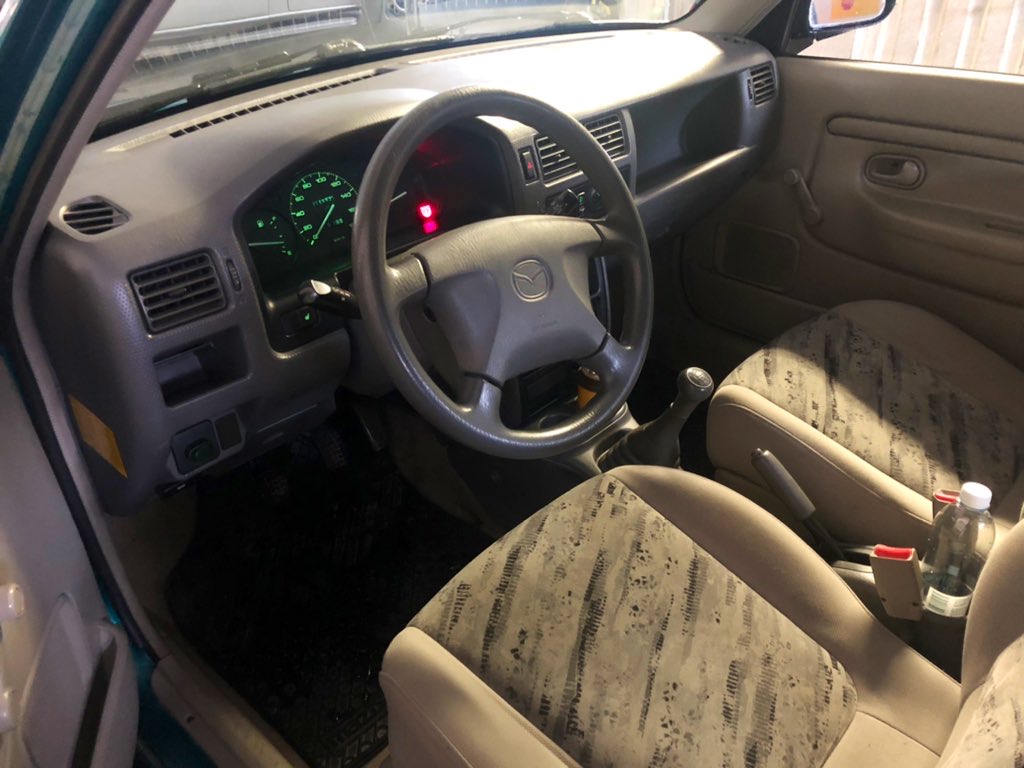 - 1998 Demio 1.3 LX
- 63 hp 16-valve SOHC (weirdly over 10hp down from my 323 1.3)
- 215tkm with service history
- Been with the same elderly owners for nearly two decades, now sold on and flipped to me
- Valid inspection til November 2021
- Central locking, power steering, ‘90s JVC stereo, three cup holders
- Rear seat that slides back and forth and folds up to clear loadspace
- SOME rust but far better than some of the shit I’ve bought
- Absolutely fantastic ‘90s metallic green (apparently 11R Sparkle Green Mica) 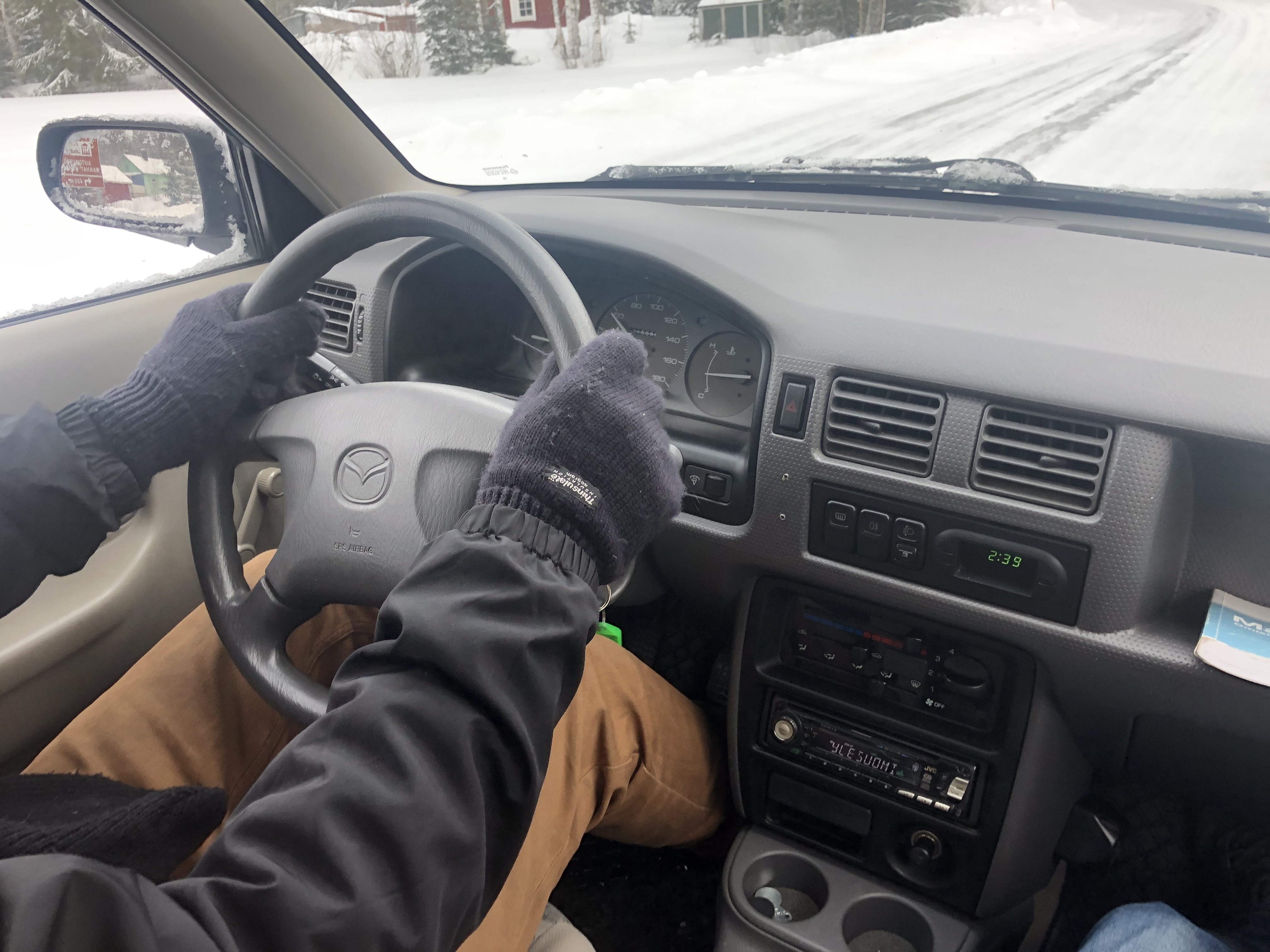 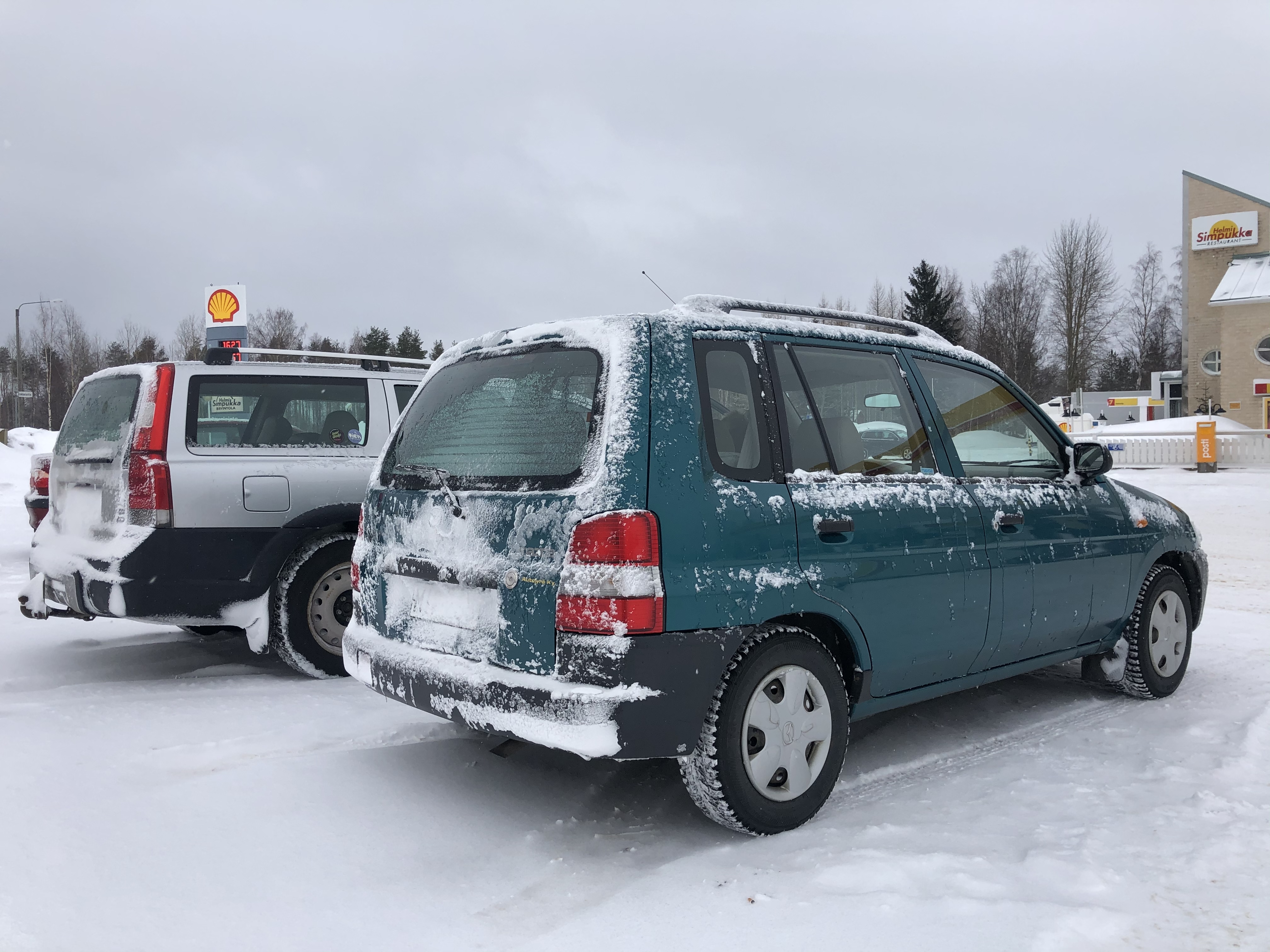 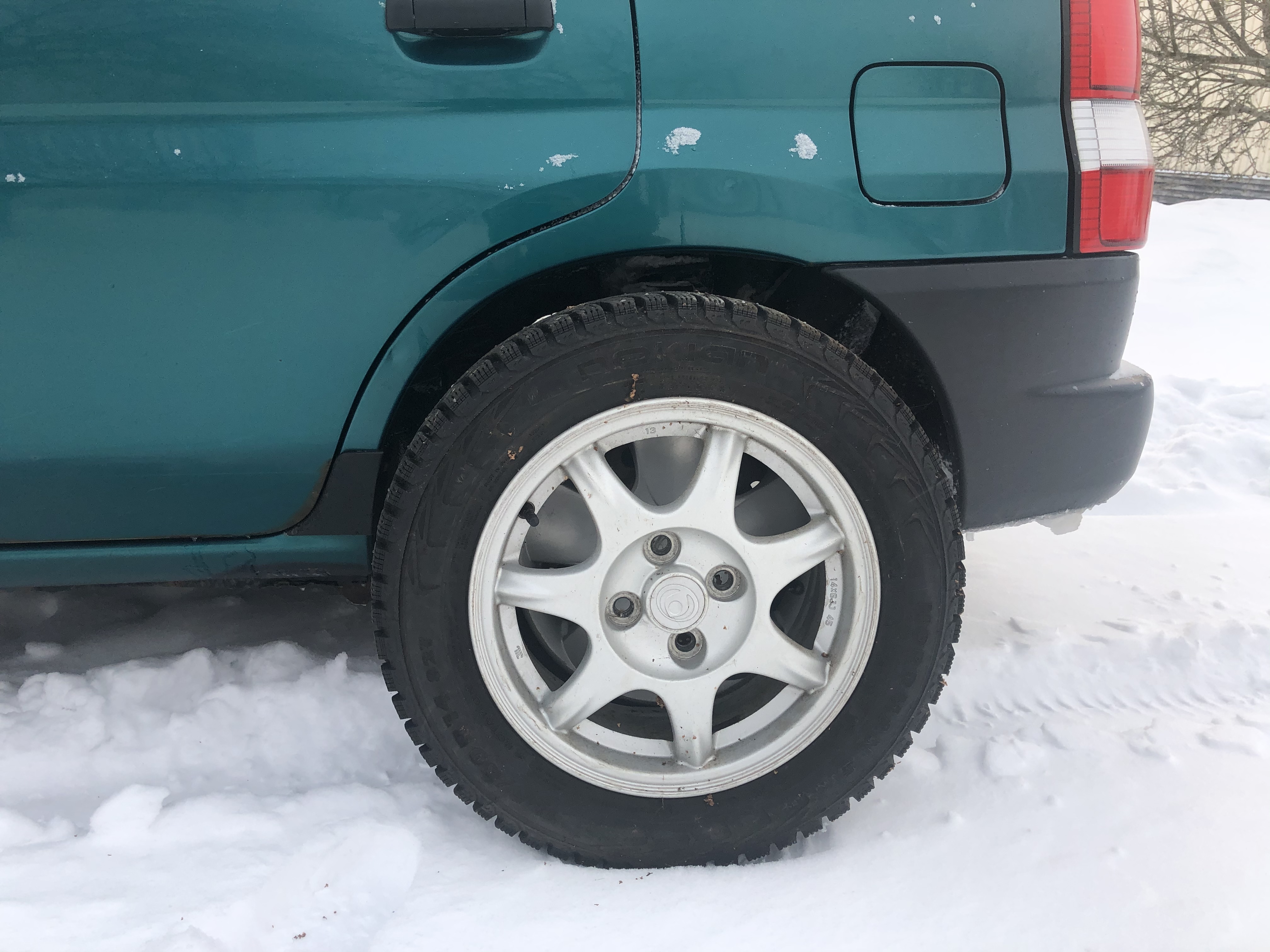 My plans? Putting some Miata wheels on it, fixing the missing fog light grilles, making sure the car doesn’t rot out on me. That’s it, the rest is fine as is. Since I’m largely working from home In These Current Times I’m considering declaring the diesel Volvo SORN until summer and doing the few office runs I have to do in this, if it’s not too flimsy for the open road. I’ve already done 100km in it, during which I made note of how it reacts in strong side winds (it is prone to them) and just how good it feels to drive a basic 1990s Mazda box (it is a very good way of living). 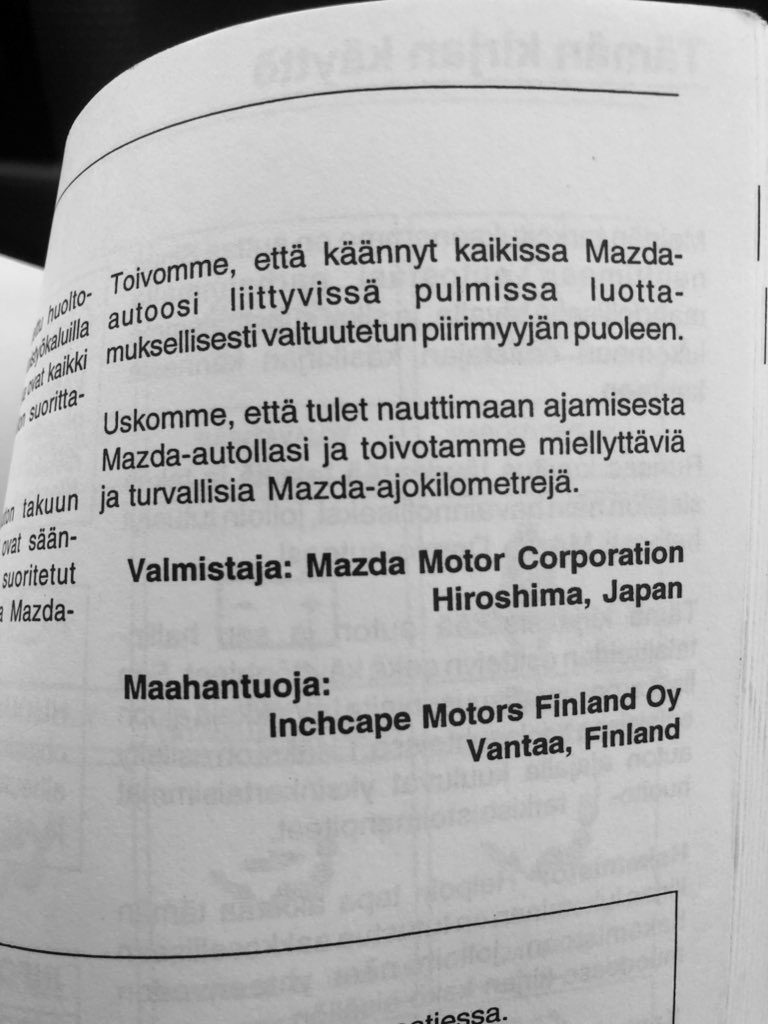 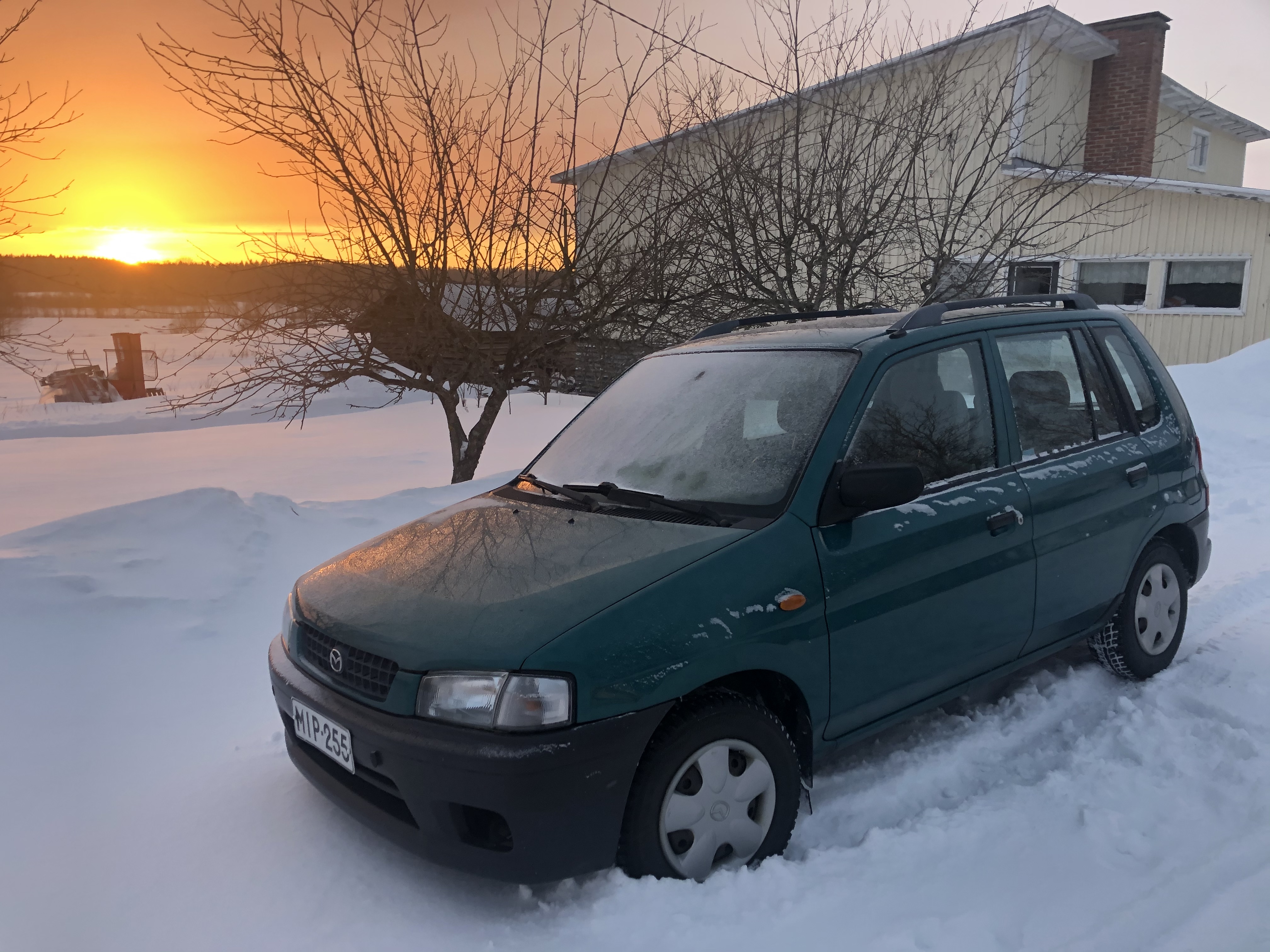 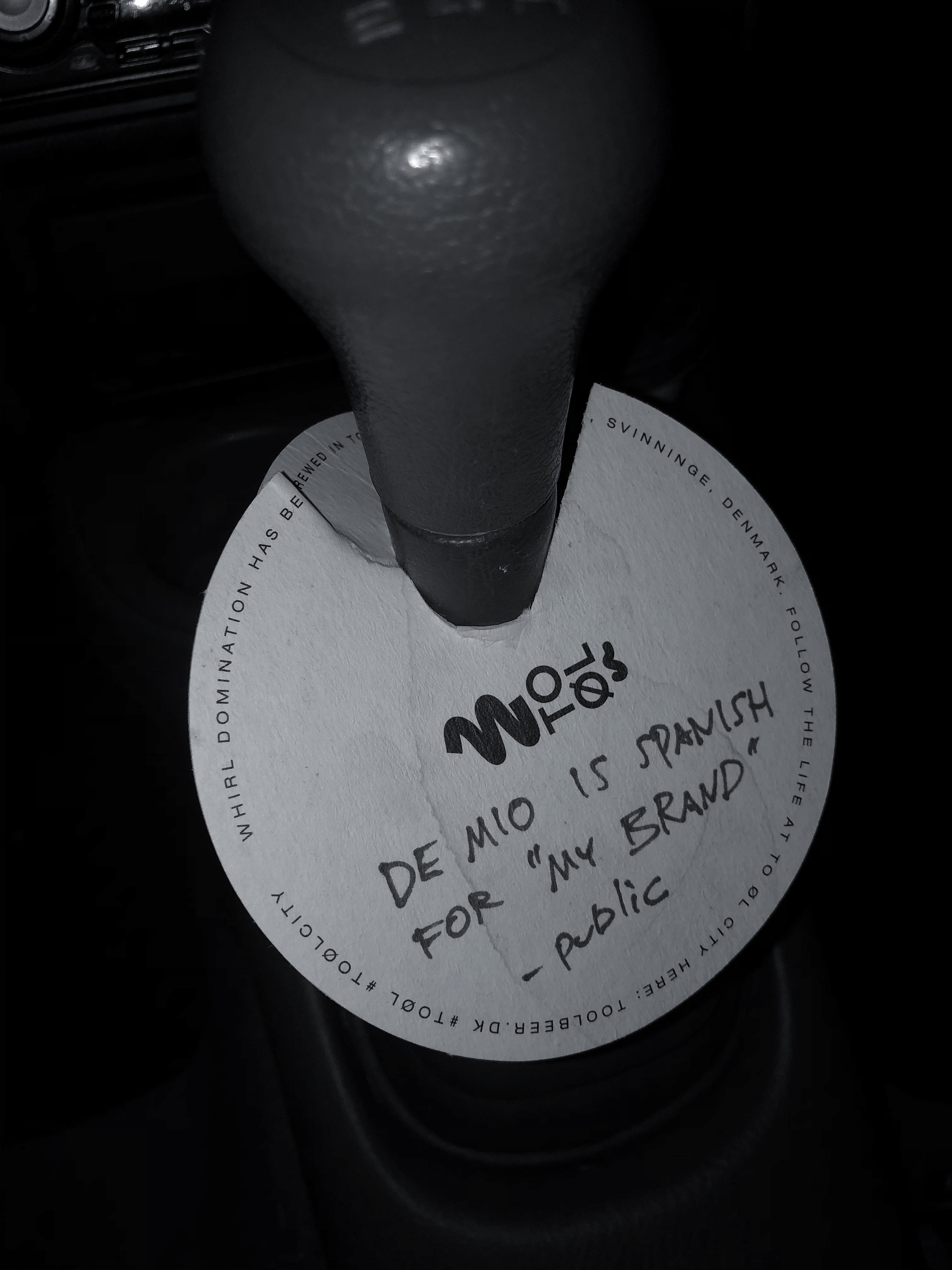 One word: YES!
Ok another: NICE!

Congrats! The seat pattern helps break up the grey.

This is so YOU and so PERFECT.

Did you try changing the oil to gain some HP back?
Moths are just goth butterflies.​

Regardless of my initial reactions on Telegram, I approve of it!

You actually made me check local Demios, there aren't many, less so nice ones. I'm curious to see how the Miata wheels fit!

As @Redliner says, this car fits you.

How many cars do you own now?

At first glance this thing looks brand new. I'm completely sold on the exterior colour and the choice of interior colours, it looks pretty light in there and much better than a sea of black in a car like this. Funny to see sliding heater controls at this time though and is that a mains socket in the passenger footwell?

I never had the first Gran Turismo but I've been watching old gameshows and this would look perfect as the star prize, unfortunately most shows went with Rovers and the odd Suzuki Vitara instead.

DanRoM said:
How many cars do you own now?
Click to expand...


Matt2000 said:
At first glance this thing looks brand new. I'm completely sold on the exterior colour and the choice of interior colours, it looks pretty light in there and much better than a sea of black in a car like this. Funny to see sliding heater controls at this time though and is that a mains socket in the passenger footwell?
Click to expand...

The socket is for the cabin heater that most Finn cars seemed to be specced with, a Calix or a Defa that lives in the passenger footwell and blows hot air to clear the windows on winter mornings, before eventually turning into a gravel grinder. It works in conjunction with the block heater you time to do its magic before you walk up to the car to drive to work.

Redliner said:
This is so YOU and so PERFECT.

Did you try changing the oil to gain some HP back?
Click to expand...

Haha, thanks ! I actually already did mentally plan some service, but the seller claimed the car had gotten new oils just recently along with new spark plugs and a new battery. I'll still probably get the oils redone 5k km from now just to be sure. But the service intervals have been very short in recent years as yearly mileage has dwindled. The car got new rear shocks in 2019 and it's only done a couple thousand after that. The cambelt was done in Aug 2013 at 181k or so - like the other B-series unit in the Miata it's a non interference engine so I'm not too fussed about getting it done again that soon. The camcover gasket is a bit seepy as it's likely to be original, so I'll probably just clean the engine bay and follow any traces of new oil. But I like not having to do any battle to get it through MOT to enjoy it, as it's been serviced and inspected and I can just drive it.

@public - This so great! A perfect little runabout. Something missing from most car company's offerings these days.


DanRoM said:
How many cars do you own now?
Click to expand...

I may have him beat.
I've always had an irrational fear of anamorphic armadillos.​

Drove the Demio to work this morning. Started without complaints at -12C and made it to work 75km away in relative comfort

- The suspension is a bit bouncy on uneven snow and the car is moderately twitchy on ice due to short wheelbase
- Seat heater is HOT
- Road and winter tire noise on dry asphalt is significant, and as a result:
- Radio is not really enjoyably listenable at highway speeds BUT reception is great
- I have been missing the "small car against the world" feeling behind the wheel

All in all, it is very modest but tough. Driver comfort is maybe a step or two behind the Volvo to be brutally honest. I think the engine has comparable characteristics to the 60hp 1.2 FIRE in the Mk2 Panda but maybe just a little more grunt. Suspension is somewhere near the Panda or a small Suzuki.

This purchase is so cool. I like the term japanese Panda. May it serve you well!

Also, I forgot: Handbrake turns are again a thing! I haven't had a short wheelbase Japanese hatch with a reliable feeling handbrake in so long, and I've missed it so much. Every car I've had in winter use in recent years has had the sort of handbrake which you're just best not touching, or that it's not felt positive to use. The Demio has unlocked sneaky little parking lot gymnastics for me again.

Lol, way overdue update coming. Have I driven this thing? Not a lot! Instead, I lent it to my girlfriend's brother who drove it to work before buying an Audi A2, which is the same thing but more complicated. With the age-old tires the Demio had originally, it's not been very good or enjoyable to drive, and in fact it's a real pain on the highway anyway. So, it's just accumulated a couple dozen kms instead of getting any real use, as the Volvo was just too comfortable to resist.

Naturally, the only way to fix this was to buy more wheels and tires. I got a set of BMW bottlecaps that needed a bit of paint, but those are still a work in progress so I haven't fitted them with the Crossclimates I bought. But the other set is even cheaper: Mazda Daisy wheels which were given to me by another enthusiast as he already sold his car and the wheels were taking up space. I sourced some very narrow Continental winters for them and fit them yesterday. Car looks great and drives markedly better. The summers it had, on steelies, were too wide so they rubbed on the rear shocks, but these pose no problems at all despite ET45 offset.

Inspection is due soon, so I'll probably MOT this and then keep it around as a spare winter car, for which it's pretty good as it warms up well, has a block heater with a cabin plug and the tires are at least decent. I'm likely to do most of my driving with the Hyundai EV, but since it has a mileage cap and the Volvo will be out of use or sold, it's good to have a small boxy car around with cheap tax and insurance.

It has a bunch of small dents and the driver side rocker as well as the underbody aren't minty-mint, but it's certainly passable. Speaking of passing, I got it through MOT today with zero complaints. It was also a relief that the new tires are actually good on the road, it feels like there's less road noise from them on dry asphalt than from the old dry-rotted summers. That's supple rubber for you.

It seems like tyres deteriorating with age isn't particularly common knowledge, I've explained this to a few people recently after throwing away an otherwise fine set of tyres (not dry rotted) from 2012. They just can't be trusted to provide the traction they used to as the compound hardens.