Yep, they are doing another one.

Ign release a few details, mostly the poster. It seems 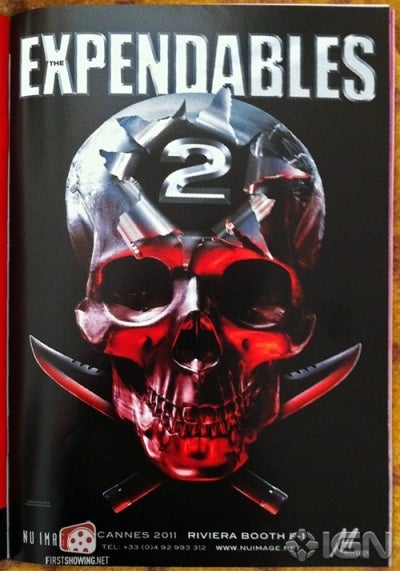 I liked the first one. It wasn't a great movie, but it was epic and a great throwback to the big action films of the 80s and 90s. Looking forward to whatever they come up with. I bet Arnold will have a bigger role in this one. I wish the plot was going to be something like the President is kidnapped by ninjas, but whatever.

It looks as if the heart and soul of the Expendables is, indeed, expendable.

The official synopsis of the film has shown up at the Cannes Film Festival, and it seems that the character Tool, as depicted by Academy Award-nominee Mickey Rourke (The Wrestler), will be killed off at the beginning of the upcoming sequel to the blockbuster all-star endeavor.

Slash Film has the scoop on the developments, including the synopsis:

"The Expendables are back and this time it's personal! After Tool (Mickey Rourke), the heart and soul of the Expendables, is brutally murdered on a mission, his comrades swear to avenge him. They're not the only ones who want blood. Tool's beautiful young and wild daughter Fiona embarks on her own revenge mission, complicating matters when she is captured and ransomed by a ruthless dictator plotting to destroy a resistance movement. Now Barney and the Expendables must risk everything to save her and humanity."
Click to expand...

The Expendables = Kinda like the Alfa Romeo of movies

Bad in many ways but great in others.

Or even Summer Glau?

^It will be Rebecca Black

RaptorJesus would like to have a word with you.

She's too hip for a sweet fucking movie like this.

not excited, the first one was actually meh. Few good scenes and all, but nothing special...

Less CGI blood and shaky cam this time please, it felt so out of place in a throwback movie. And a better ending too.

Actually, Fast Five was more of a old-school action movie than The Expendables.
Last edited: May 12, 2011

Bring back the Grumman Goose/Albatross for the sequel. And make it the star.