It has been a while since I have updated anything here. Maybe it is about the time. Last November I bought a S213 E 220 d Mercedes, have driven it 20 000 km with minimal issues. Excellent car, absolutely the best I have ever had.

And all of you who know my car history, this is such a long time that I need to start some car shopping. I did have a problem with this, as it already was the latest model so how to upgrade? Bigger engine perhaps, but it would have still been too much the same. And having my mercedes glasses on I did not see myself getting any other normal car. So it would have to be something that is far from anything I have owned before.

And then I thought of Tesla. Slowly the thought started to grow. I started doing some research, and I wanted one. However the idea of trading out relatively new Merc in such a short time would absolutely mean losing shitload of money, so I did not really believe I would actually be able to follow through. Half-seriously I sent a query to a car dealership that had a decently priced Model S for sale. They first offered me a sum that was a bit on the low side. The salesman told that was the highest amount they could give me.

One sleepless night later I sent him an email that I would be interested, but the price they offered was too low. I threw him a number I thought he would never agree on. Moments later he called me, saying he should not offer me this, but he did offer 500€ under my highball number. For such a tiny marginal I could not back down anymore. Actually I got the exact amount in trade on value that I paid last November on top of the old w124 I traded to 213. I would say not too bad of a depreciation.

So, the Tesla is still in Netherlands, waiting to be shipped here. I have never even sat in a Tesla, but hey, this is not a first car I have bought without test driving it. How bad can it be?

Some pictures, naturally proof pic missing as I have not seen the car live yet. Should arrive in couple of weeks. I actually have not bought it yet. They bring it to my home, and if that would be something else than what they promised, I can walk away, and they would have a 50k car imported for nothing... A bit risky business for them, but the car has been inspected by a third party on Netherlands and I have gotten the report. Some minor signs of wear on the outside and a bit bigger mark on one of the rims, but hey, not a new car. 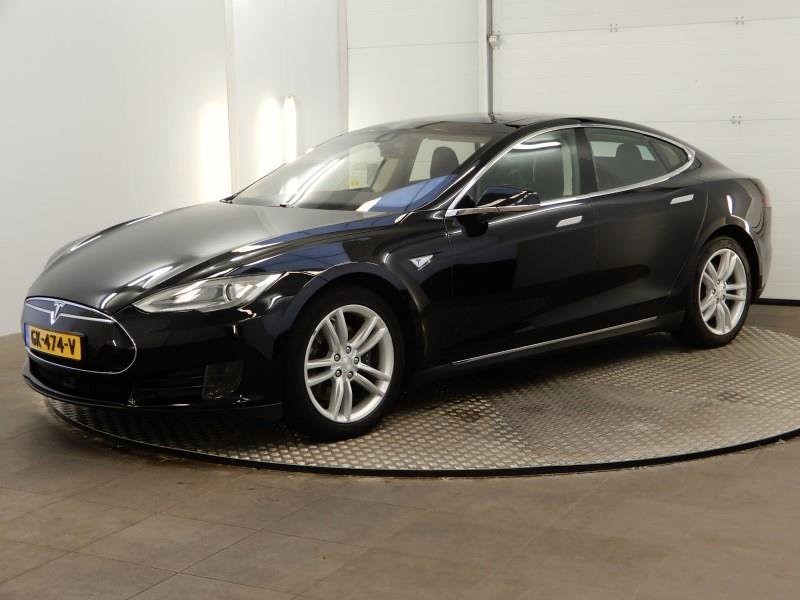 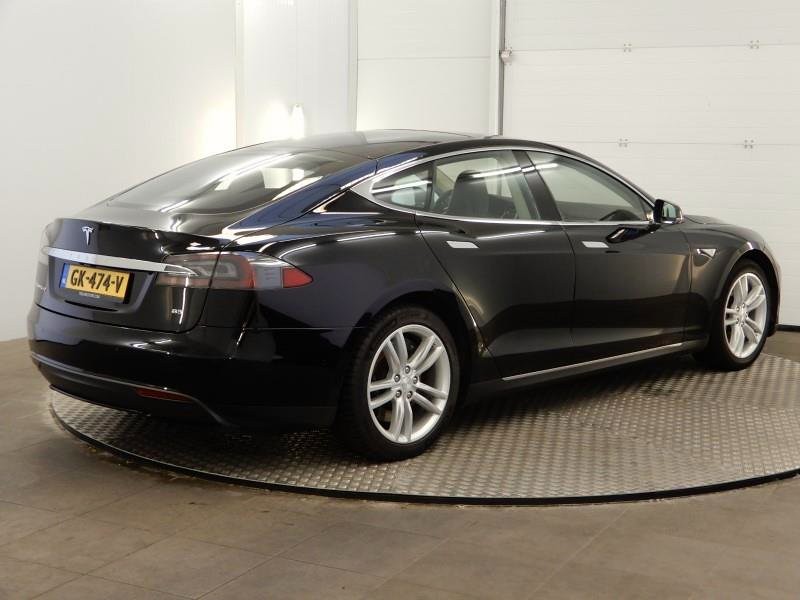 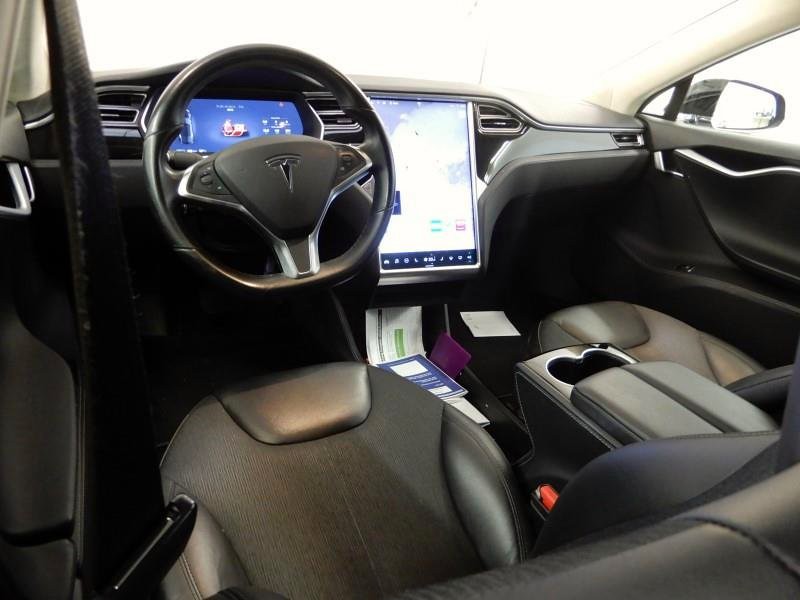 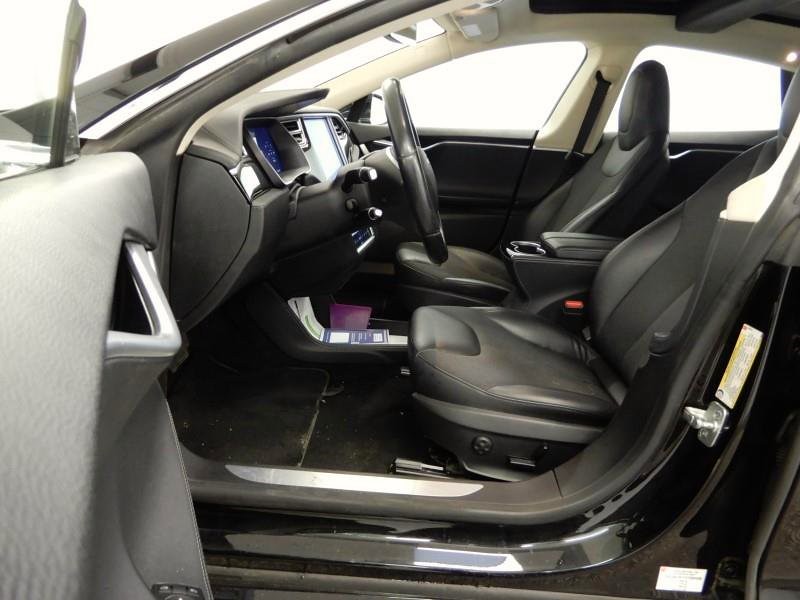 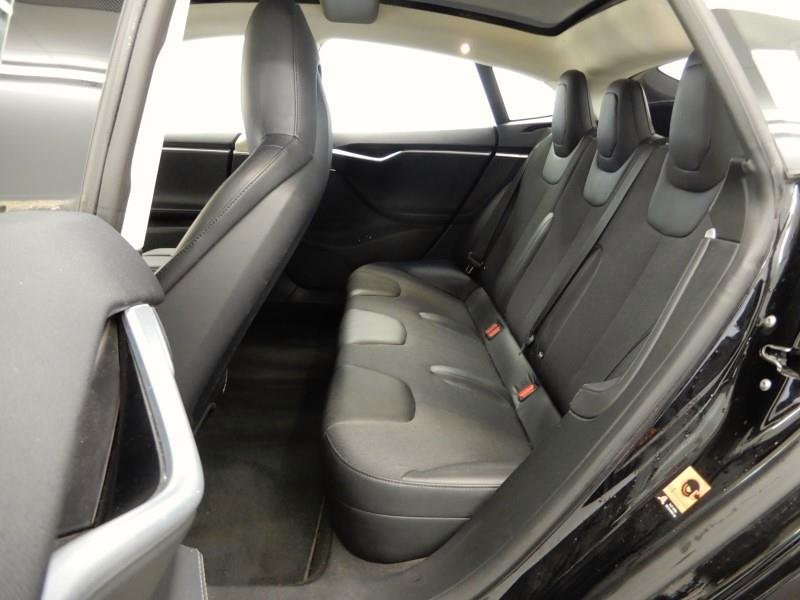 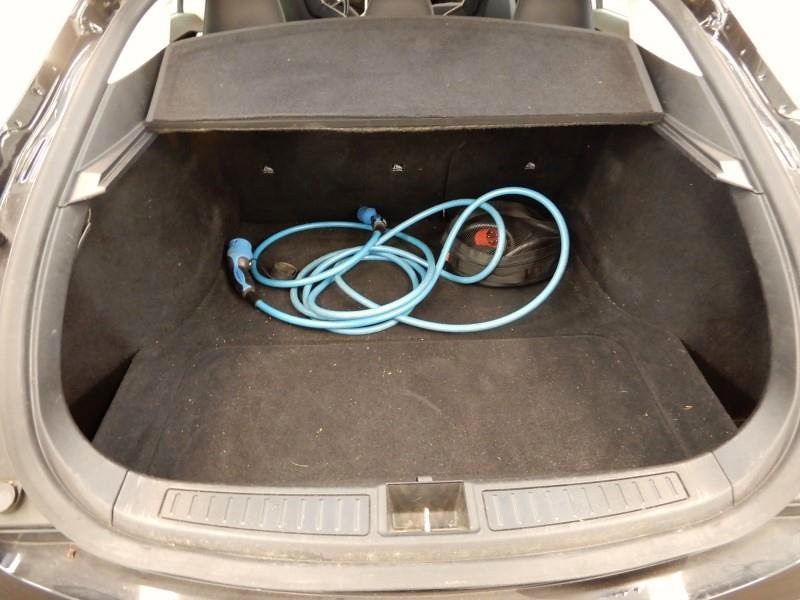 Awesome, the Tesla owners club of Finalgear is slowly but surely growing Car looks good - for a decently cared for Model S, 166'000km is nothing really.

Being a 2015 car, it should have Autopilot V1 hardware - is it enabled?

Makes me wonder how long until Teslas outnumber Mustangs on FG.
"I wish for an America that matches the marketing materials.” - @HardcoreHistory

Cool car. I dig the dashboard.

Nice. Theyre selling a lot of secondhand Model Ss in Holland for what seems unreasonable prices (50k and up, which is half the cost of a new one after 170 k)

Welcome to electric motoring. We have torque. And silence.

Thanks. This was just under 50k, imported and delivered home, mot'd and taxed to Finland. No idea what it cost in NL but comparing on Finnish prices this was definitely on the cheaper end of Teslas you can get here. I think it must not cost more than 40k in Holland to make this profitable for the dealer.

Delays after delays... Last update was from last Tuesday when they said it should arrive to the country by the end of the week. After that registration and delivery, so fingers crossed I finally get it next week.

Surprise, still more delays. Last week it was on MOT center to get registered, and on Thursday it had a service appointment, after which they should have contacted me to schedule delivery. But nope, got no calls from the salesman. I sent him an email this Tuesday asking for status, only to get "I am on holiday" autoreply... The reply had other email and couple of phone numbers, so first I sent an email to that address.

24 hours later as nobody replied, I called them, and neither of the given phone numbers were working. I found another number on their website, and got someone to answer the phone. He promised to investigate what the status is and call me back right away.

Another 24 h passed with no contact, so I called again. Another guy answered, and I must have sounded frustrated enough as he actually started doing something. He found out that the car is still in service as there is something wrong with opening the frunk.

Great that they get it fully inspected and repaired before delivery, but is it really too much to ask to inform me proactively when the delays start?
1997 Scorpio 2.3i, 2002 CL 500, 2013 CLS 250 CDI Shooting Brake

What a pain... hope it shows up soon and has all the issues resolved.

Ugh. This is a dark side of Tesla: unless you have a very specific contact for whatever you want from them, there is typically no way to get hold of anybody, short of going to the store and raising a stink in person (and even that has a varying success rate). If that specific contact happens to be on vacation, well, that can become an issue.

I'd phone and threaten to cancel. Usually has the desired effect.
WillDAQ: To use the technical terms: "the Mustang is to aerodynamics what horse shit is to fine dining"

At the moment calling them will not speed up things, as the delay is on Tesla Service Center, not at the seller... I'm just pissed about the lack of communication, I am just fine with it being properly serviced before delivery. I will just keep on piling up more kilometers to my S213 with no depreciation.

I might miss this one, so I will just enjoy this while it lasts. 5 years since the last time I did not have any Mercedes... 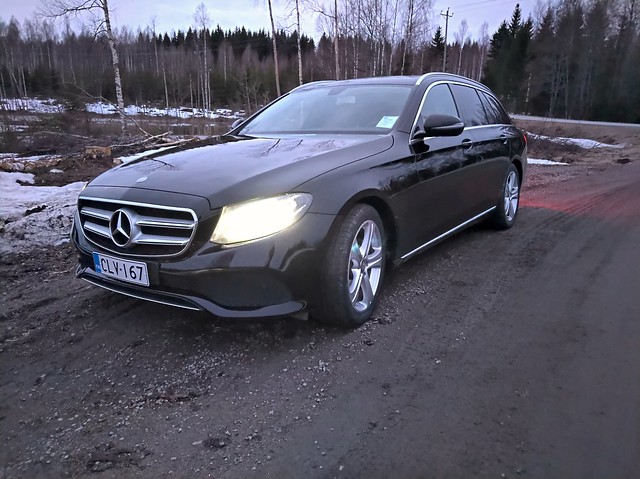 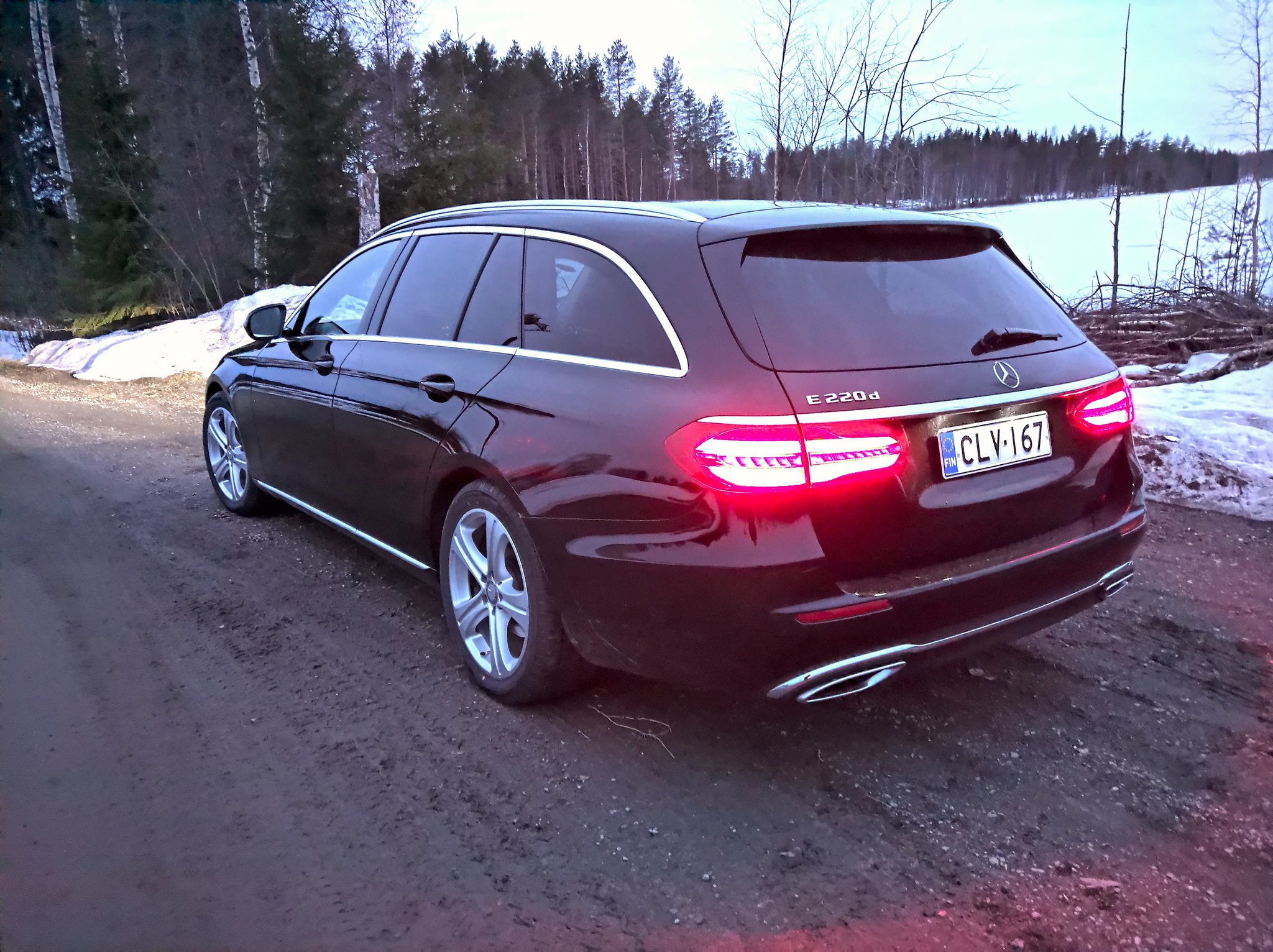 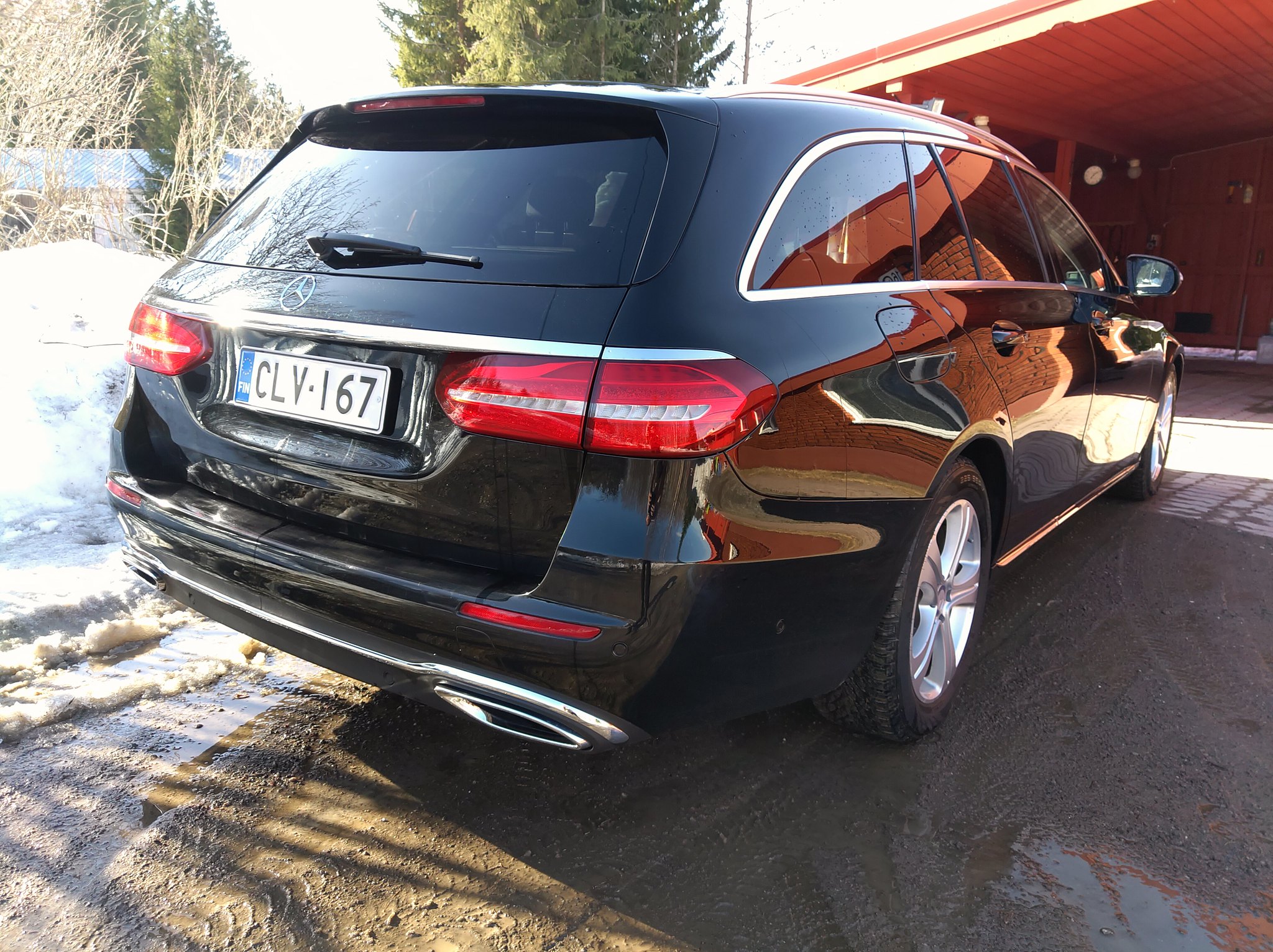 Any news on the Tesla?
Battered and weary after the craziness of the 1960s, the self-righteousness of the 1970s and the greed of the 1980s, I want to go home again, oh, so desperately - home to that land of drive-in restaurants and Chevy Bel-Airs, making out and rock 'n' roll and drag races and Studebakers, Elvis and James Dean and black leather jackets. Not that I ever owned a black leather jacket.
(Roger Ebert)

They still claim that they cannot get hold on anyone in Tesla Service Center, and that they have multiple cars there currently. I even joined Facebook to get a verification from our local Tesla club if this is normal for TSC, and apparently it is. But normally they do keep customers aware of the delays by SMS, but in this case they might not even have the number where to send the texts. The best way to contact is to personally visit. And me living 350 km away and not actually even owning the car, the situtation is quite out of my hands.

On Wednesday I sent the seller an email that we should cancel the deal as nothing happens. No reply. The most unresponsive car sales people I have ever dealt with. And I have dealt with many.
1997 Scorpio 2.3i, 2002 CL 500, 2013 CLS 250 CDI Shooting Brake

This kind of "care" would make me uneasy about owning a car sold by those people. What would happen if you ever need parts or service? Will they be as unresponsive or that would be handled by entirely different people?
Moths are just goth butterflies.​

Sadly, this where Tesla fails outright and completely. They seem to think they have the fish hooked and they will stay that way. Your average Joe or Jane can not wait weeks or months to get that new car.
"I wish for an America that matches the marketing materials.” - @HardcoreHistory

I don't like the idea of owning a car that depends on a service network as inept as this seems to be.