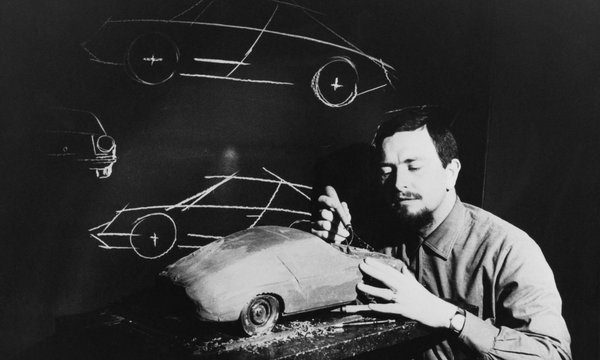 Ferdinand A. Porsche, who designed the original Porsche 911, the snazzy, powerful sports car that became the lasting signature of the German automobile company founded by his grandfather and later run by his father, died on Thursday in Salzburg, Austria. He was 76.

Porsche A.G., whose headquarters are in Zuffenhausen, near Stuttgart, Germany, announced the death in a statement. No cause was given.

Mr. Porsche, who was known as F. A. and also by the childhood nickname Butzi, was the scion of a family whose roots are entwined with the history of German automaking.

Before founding the company that still bears his name, Mr. Porsche?s grandfather, Ferdinand, worked as an engineer and designer for, among other companies, Daimler-Benz, the makers of Mercedes. And during the early years of the Porsche company in the 1930s, Ferdinand and his son, known as Ferry, created the prototype of the Volkswagen at the direction of Adolf Hitler.

F. A. Porsche joined the family business in 1958, working in the technical design department essentially as an apprentice, immersing himself in the details of engine construction, aerodynamics and body styling. By that time the company, under his father?s direction, had started along the path that would make it famous by turning out exquisitely engineered, elegantly designed roadsters suitable for the highway or the racetrack.

It was Ferry Porsche who had turned his own father?s business from strictly an engineering and design company into a manufacturer as well, and he designed its first product, a lightweight rear-engine roadster, the Porsche 356, which was introduced in 1948 and put into wide production in 1950.

Toward the end of the 1950s, however, Ferry Porsche decided to create a replacement model for the company?s signature automobile, and several proposals from designers both within and outside the company were rejected as either too closely tied to the 356 or not tied closely enough to the distinct Porsche aesthetic.

But in December 1959, F. A. Porsche completed a full design model for the replacement prototype, and in 1963 the new model, originally designated the 901, was introduced at an auto show. (The designation was changed to 911 after the company learned that in France, Peugeot had a claim on three-numeral designations of passenger cars with a zero between two digits.)

Slightly longer and narrower than the 356, more powerful, with a six-cylinder, rather than a four-cylinder, engine, the original 911 also had more legroom, more rear seat room and bigger doors for easier entrances and exits.

Mr. Porsche also modified the body of the 356, rendering the signature sloping back end and extended hood into a sleeker silhouette. It was a remarkably simple design that helped create Mr. Porsche?s reputation as a designer who prized function above all.

?Design must be functional and functionality must be translated into visual aesthetics, without any reliance on gimmicks that have to be explained,? he said.

The Porsche 911 proved both an immediate and enduring hit, and the company has never replaced it, instead allowing the car to evolve over almost half a century. In spite of myriad design tweaks and updates in parts and technology, it remains an unmistakable descendant of F. A. Porsche?s original vision. Now in its seventh iteration, and starting at more than $80,000 for the least expensive version, the car remains a symbol of luxury, stellar engineering and sex appeal.

?The new version was mobbed and groped when it was unveiled in September at the Frankfurt auto show,? The Associated Press reported. ?Showgoers left the doors and roof smeared with fingerprints as they scrambled for a chance to sit behind the wheel.?

Ferdinand Alexander Porsche was born in Stuttgart on Dec. 11, 1935, and as a boy spent time with his father and his grandfather in the design office in Zuffenhausen. He went to school in Stuttgart and in Switzerland and studied at the Ulm School of Design.

As an engineer working for the Daimler-Benz racing team, Mr. Porsche?s grandfather, Ferdinand, had met Hitler, a racing fan then early in his ascent to power, in the mid-1920s. Mr. Porsche started his own company in the 1930s, and responded quickly when Hitler, as chancellor, directed him to create a car that ordinary Germans could afford.

Ferdinand Porsche and his son, Ferry, created the first prototype for the so-called ?people?s car? ? the Volkswagen. Hitler approved the design and a factory was built, but the war intervened and production of the Volkswagen was postponed; in the meantime, Porsche built tanks and airplane engines for the Nazi military, employing forced laborers on their assembly lines.

After the war, the influence of the Porsche family on German automaking became dizzyingly complicated. Volkswagen became an independent company, whose first chairman, appointed by the democratic government of Konrad Adenauer, was Anton Pi?ch, the husband of Louise Porsche, Ferdinand?s daughter.

Their son, Ferdinand Pi?ch, who began his career at Porsche, became a rival of F. A. Porsche, and in 1972 their enmity forced their parents to banish them from management and restructure Porsche into a public corporation. Mr. Pi?ch went on to lead Audi and is currently the chairman of Volkswagen, which owns part of Porsche.

After leaving the car company in 1972, F. A. Porsche started Porsche Design, which extended the brand to luggage, sunglasses, pens, cuff links and other items in the high-tech modernist mode. Eventually, Mr. Porsche returned to the parent company, serving as chairman from 1990 to 1993.

jokes about 'all 911s look the same' 'laziest design ever' can be left at the door.

You brought The Coco much joy, Mr. Porsche. Someday I hope to have an example of your work.

R.I.P to a true giant of automotive design, to me 'timeless' and 'boring' simply do not go hand-in-hand. :salutes:
Avatar credit: mizhallelujah on tumblr - original image: http://mizhallelujah.tumblr.com/post/10809680585/nyanvettel-you-have-to-imagine-that-the
K