Disclaimers: Some preaching ahead, works for me, your mileage may vary, etc.

I made it all the way up to 297.2 lbs earlier this year, and for the first time in my life something really clicked. Getting so close to 300 was something I never thought I'd experience, and I haven't been the same since. After that day I gained no more for the last few weeks at my last job, and got serious the morning after I'd left.

That day I started keto and upped my consistency at the gym. I went shopping to buy some nice button-down shirts for my new job, and bought them a bit too tight. Tight enough not to be able to wear them right away, but with some aspirations for my first day 10 days later. I suffered through (luckily) just a few days of keto flu and learned how to stop panicking at the first thought of hunger.

I learned how to live on salads (though they're nearly 1,000 Cal with extra fat and protein) while starting my day with a 1000-Cal workout and running on a non-trivial Cal deficit (never more than 2,000 Cal in a day). I eventually added cycling on 3 of my no-gym days and did my second century. I spent 12 days exercising like this and eating around 1,200 Cal until I nearly passed out mid-workout, just to learn where my limits are. I dropped cycling in favor of upping CrossFit and Olympic weightlifting to 5 times per week, and am now looking at adding in one long-ish weekend ride (30–50 miles). I drink only keto-friendly alcohol (whiskey, neat) and eat nothing for the rest of the day once that starts, regardless of the time. I mostly stick to intermittent fasting, with a 12pm–8pm feeding window.

This morning I weighed in at 231 lbs.

That's the least I've measured since high school (class of '04), and 1 lb less than after I shed 32 lbs with Whole Life Challenge in 2013. After a lifetime of XL shirts, I went up to XXL last year and back down to XL a few months ago, with L imminent. I already wear L gym shirts and shorts, and size 36 pants aren't tight at all any more (while size 42 were in February). I'm aiming for L street clothes by the end of the month. When a workout kicks my ass, I kick its ass right back in return.

My goal is not a number.

I just want to be healthy and fit. I don't want heart issues by 40. I want to sleep well. I want to look good naked. I want to feel always the way I feel these days. This is life. My "ideal weight" is probably somewhere in the 180 lb range, but we'll find that out for sure eventually. The only thing that'll change at that point is that I'll add some Calories and variety to my diet. My mindset won't change one bit.

If you're thinking "that's crazy" or "I could never do that", you're wrong.

What you likely can't do is start today with what I do now. You have to add things into your life in a way that makes them stick. For me that's a bit head-first, but I also had a coming-to-Jesus moment standing on my scale in January. And even I added just the diet at first, with a push to slightly improve my exercise consistency. I made new changes as existing ones became effortless habits. It takes time and effort, but if I can do this, anyone can.

You have to actually want it.

Well said. I can so understand your motivation being in the same place myself. I didn't weigh myself when I started since I hated the scales because it made me face the fact that I was out of shape. Well round is a shape, but a shape in no longer want to be in. I did jump on after the first few months and while I could notice improvements in how clothing fit, the numbers still were bad.

Honestly, I have very little clue to what I'm doing. I've had some success reading what others do(like here for example) and try and apply them.
Have you ever noticed that anybody driving slower than you is an idiot, and anyone going faster than you is a maniac?

Back in early September I decided to start running, something I had not really done since highschool.

So using my Garmin watch built-in features, I started a run to 5k program.

In theory I should have reached the 5k distance yesterday, but a 3 week business trip to Germany followed by a 2 week mandatory quarantine (not even allowed outside for exercise) slowed down my progression.

/Me pictures Redliner in Yoga Pants

Edit: Stupid Sexy Redliner
Last edited: Nov 23, 2020
- Alright you Primitive Screwheads, listen up! You see this? This... is my BOOMSTICK!

I wish I had buns like Flanders.
Or abs...

Only 6 people active on the Strava FinalGear Group in the last week! Scandalous! Come on people, join us, we have cookies!

Also on topic: I may have lost 6 kg over the past 6 months or so.

Nice! I've definitely stopped running this latter half of the year, because I've picked up another routine, but hopefully soon, I can start adding running back in the mix. It's really awesome to see everyone's progress, pics etc.

eizbaer said:
Only 6 people active on the Strava FinalGear Group in the last week! Scandalous! Come on people, join us, we have cookies!

With the evenings being cold and dark again, I've taken on walking in places of cycling again. Just came back from a one-hour walk of 6km. That's exactly the speed I'm aiming for.

And no, I won't Strava those. 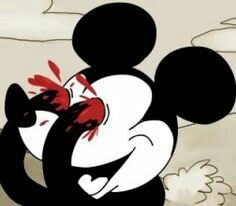 altoid said:
Hey, I’ve been active, just not on Strava. ? Back to the gym with me, so cycling is taking a major step back…
Click to expand...

Same I didn't want to annoy people by posting my runs on strava.

LP said:
Same I didn't want to annoy people by posting my runs on strava.
Click to expand...

You do know how this social media thing works, right? honestly, go nuts! I’d be super happy to have more stuff from actual people I know (at least virtually) and a little less (relatively speaking) from the (semi) pros I follow.

Ah well, I finally joined Strava, uploaded my cycling activities since November 1st and applied for the finalgear club...

Hmm, now I have to connect my Garmin account to Strava as well so the weekly running activity with a work colleague will be synced as well...
Last edited: Dec 19, 2020

LP said:
Same I didn't want to annoy people by posting my runs on strava.

Trying to keep this quarantine weight gain off!
Click to expand...

eizbaer said:
You do know how this social media thing works, right? honestly, go nuts! I’d be super happy to have more stuff from actual people I know (at least virtually) and a little less (relatively speaking) from the (semi) pros I follow.
Click to expand...

I do know how social media works. I'm actually trying to get away from it tbh.

There's three real reasons why I stopped posting on strava and whatnot, and it really applies to most social media posts, even if it isn't fitness-related.
I guess a 0th one is just me going "who cares if I ran X km today, besides me", but that's encompassed by all of these three.

I wrote a long ass message explaining all these but I think they're pretty self-explanatory, and if you really want me to expound I can. I'll try and get back onto it and post my current runs. It's really motivating when I see other people's runs so when those crucial moments come when I'm debating between just chilling at home and playing games vs going for a run, and I see strava posts, I'm hella motivated.

When gyms finally open up again this is where strava might break down for me. I love lifting and I'll probs get my cardio on via elliptical and stairmaster and treadmill more-so than outside running.

Running outside right now is impelled by the quarantine situation and lack of gym/exercise equipment.

I just bought a new workout hoodie and some workout pants so I'm ready to brace the 0°C weather.
BlaRo: i'm a strong independent black woman....WHO DON'T NEED NO MAN

LP said:
I'm actually trying to get away from it tbh.
Click to expand...


LP said:
so when those crucial moments come when I'm debating between just chilling at home and playing games vs going for a run, and I see strava posts, I'm hella motivated.
Click to expand...

That is good though, so at least you’re getting something out of it that really wasn’t the case for me with fb & co... just toxicity, nothing else.


That is good though, so at least you’re getting something out of it that really wasn’t the case for me with fb & co... just toxicity, nothing else.
Click to expand...

Glad you got off of FB! Smart.

eizbaer said:
I may have lost 6 kg over the past 6 months or so.
Click to expand...

Make that another 3 kg! I guess it's time to stop now... I'll slowly have to stark having at least half a breakfast again, I guess. One thing I can say: intermittent fasting works perfectly, for me. I have no issues at all cutting out breakfast, don't miss it at all - might as well keep it up and increase my rest-of-day intake a tiny bit, just to stop losing weight.