MacGuffin;n3546025 said:
A well-deserved winner. Congratulations from me. Now it only has to show up at Ringmeet. Who's gonna tell Andeh that he has to come there now with the Rover?
Click to expand...

Few people already have, especially as he mentioned he wanted to tour the thing. And Oldtimer GP is very much the place to be with such an awesome car. And congrats to all top 3.
Oversteer scares passengers, understeer scares the driver.

Congrats to Andeh, the Rover and the others on the podium.

That was a fantastic resault! Much better than expected and so close to the no 1 spot! Should have bougth a Q

TobiasG;n3546045 said:
That was a fantastic resault! Much better than expected and so close to the no 1 spot! Should have bougth a Q
Click to expand...

I have a lot of data on all of you now, and I plan on abusing it

I was thinking about how the votes of different people correlate between each other, and I made a quick script* to run through the votes and do some matchmaking. It is Valentine's Day, after all!

Here's the full table of vote correlations (names are in alphabetic order), as well as the general "anti-socialness" factor, which is just a sum of all correlations.

The person representing the average FG is SirEdward, with 0% total correlation over all voters! Congrats!

And the best matches are: 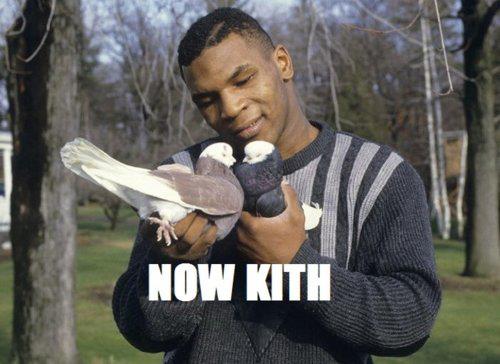 * A slightly modified Kendall Tau correlation. Basically going through every possible pair of cars, and comparing the order in which they appear in each person's vote ranking. If order is the same the score goes up, if order is reverse the score goes down, if order is unknown (both cars in the pair is missing from one of the voter) the score stays the same. Basically simulates a quiz where you're forced to pick a favorite between two cars for all (14choose2) possible combinations, and comparing matching results.

** The method emphasizes difference between the amount of cars submitted. Which makes sense, because votes generally have a trend, and by omitting part of the vote, you're missing out on gaining correlation points from certain "obvious" choises. So every row and every column is consistent within itself, but not necessarily comparable to other rows and columns.
Threads: Panda, 7, LS400, Daimler, Kawa​

:lol: I did not expect such in-depth analysis from an Internet car vote, amazing.

Good to know the Rover won!

And Yey! I'm the most average voter around! :lol:
Going fast out of rage, pride or boredom is like buying a ticket to crash.

2 Alfa Lovers sitting in a tree...

I don't mean to sound bitter, cold, or cruel, but I am, so that's how it comes out.
I reject your reality and substitute my own!
Why is Denis Leary a star while Bill Hicks is unknown? Because there's no cure for cancer.
Racing is the only real sport. Everything else is just a game.
In engineering terms, you really can?t have "brilliant, apart from ..." I mean, the Titanic was brilliant, apart from its crappy rudder

So MXM, how did you calculate the percentage values per pair? I can't get my head around that.

TobiasG;n3546045 said:
That was a fantastic resault! Much better than expected and so close to the no 1 spot! Should have bougth a Q
Click to expand...

People love Alfas, It's as simple as that

Last edited: Feb 15, 2018
"If Liberty means anything at all, it means the right to tell people what they do not want to hear" (George Orwell)

DanRoM;n3546107 said:
So MXM, how did you calculate the percentage values per pair? I can't get my head around that.
Click to expand...

This is how I implemented it, say I'm comparing your vote with Matt2000's vote:

Why do it like this? Because it simulates the decision-making when ordering a list of items. It shows similarity between two people's decisions. It does not care about absolute position of the car in the list. Say you have Disco and Lexus placed 5 and 11, but Matt has them 1 and 3. That's still a positive correlation.
Could be done better? Yes, I could've assigned weights to the distance between pairs, or make it "top heavy".

https://en.wikipedia.org/wiki/Kendal...on_coefficient
My "modifications" to the algorithm are about dealing with incomplete lists, where I assume that every missing car has lower placement than cars in the list. Except if both cars in a pair are missing, then I can't make a decision and the score remains the same.

The score in the last column is just a sum of all scores on one line, but it's not very representative, as it favours people who sent a more complete list.
Last edited: Feb 15, 2018
Threads: Panda, 7, LS400, Daimler, Kawa​

I hadn't read the calculation until now, but my only response is:

I was, and still am, terrible at statistical maths. :lol:
Click to expand...

Before I got my Msc. I was useless, now I am merely lousy, and I appreciate people able to do that.
Moths are just goth butterflies.​

Sorry to grave dig this thread, but thank you guys! I had no idea this vote was on again, but I'm amazed I've won it for a second time. I must be more active around here, this completely slipped me by.

Also gravedigging, I didn't even know this was a thing! And I got 5th place, woot!