pink piranhas said:
Interesting- the Pacific Northworst GP got moved closer to Seattle this year. The first edition was in north central Oregon last summer and although the participants loved the challenging track (from what I read), it's location in the middle of nowhere probably contributed to the low turnout. Glad to see they're trying it again.
Click to expand...

Judging from the few tracks I've seen, building them in east bumblefuck is the rule and not the exception. Hell, Nelson Ledges in Ohio is actually located in the middle of Amish country, you can't get much further from modern civilization than that. Summit Point felt like you were driving to film a sequel to Deliverance or the Wrong Turn series.

It seemed to me there are two groups that are currently involved in Lemons- the people who want to actually race "inexpensively" and those who want to go nuts with themes. Either approach is ok in my mind, but I do wonder about combining both on the same racetrack at the same time. So which one is Lemons going to want to attract going forward? The prize money change seems to indicate they're now aiming more at the "race on the relatively cheap" crowd which I thought was the market Chump Car was going for.
Click to expand...

While LeMons is still "cheap" to race in, the cost to build a car for it has increased several times over since the series started in 2006. These days you're going to spend around $4,000-$5,000 +/- just to get the car to pass tech, that's a considerable amount when these are supposed to be $500 cars.

In my opinion, Chump Car is just a copycat series with a few advantages and disadvantages over LeMons. For example, a few months ago there was a big controversy where the race leader was bumped on the track and had to spend several hours in the pits making repairs, the problem was that the race organizers ruled that the bump was intentional and decided to credit that team with the laps they WOULD have been turning had they not been forced to stay in the pits. This obviously allowed them to maintain their current position despite not actually earning it. It also came to light that the team had members who were friends/family of the race organizers as well, a clear case of nepotism. Eventually the team opted to "give the laps back" and Chump tried to sweep the whole thing under the carpet.

Holy crap updates since I was last here. If you guys do the race in New Jersey, I think I can swindle me and my friend to come down and help out for the day.

Sorry, but there's no way in hell we could pull off the Jersey race. It's never ever been on our radar, I doubt the GTP would be ready to rumble by April, and it's just too far away at 9 hours. Some teams have the resources to run multiple cars and transport them all over the country and run them at many races per year, but we're not one of them.

Punisher Bass said:
And then there is this crash that I think is the worst I've ever seen in LeMons, keep your eyes on the background.

WTF is the guy in the black car thinking, if he's thinking at all that is. He should be banned from driving anything ever again. That's awful.

v0od0o said:
WTF is the guy in the black car thinking, if he's thinking at all that is. He should be banned from driving anything ever again. That's awful.
Click to expand...

I'm sure he at the very least had his wristband pulled, but it's not too far fetched to think he was banned from LeMons for life. It's happened before in a few extreme cases.

Another big ass LeMons race went down in Cali over the weekend, and not much interesting happened to be honest. But while looking through the uber gallery, a few pictures did catch my eye.

I've no idea what caused the wheel to peel apart like a banana, my best guess is that it's a cheap ass aftermarket wheel. Judging by the door in the second picture it looks like the car had some contact with another racer, but the damage certainly doesn't look severe enough for the wheel to have torn itself apart like that.

While I still hold out hope we can score a set of Mustang GT rims in the future, those pictures make me glad we've stuck with OEM GP rims, the only time we've had wheel trouble was when that junkyard aftermarket one decided to take a stroll at CMP last year.

While doing some homework in preparation for the new 2012 thread, you'll find out why when it goes up, I came across a little forgotten gem from our past. Back in the Feb 08 issue of Hot Rod magazine they ran an article covering the LeMons race they participated in a few months before, it just so happened to be the same race where FGR made its debut and we wound up being one of the teams highlighted. We're not highlighted for a good reason, but as they say, there is no such thing as bad publicity .

Special thanks goes to forum user burnsy for doing these scans back in the day. We're on the bottom right of page 4. 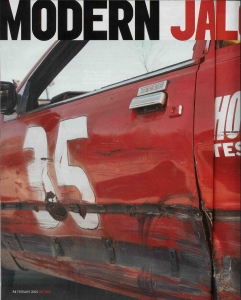 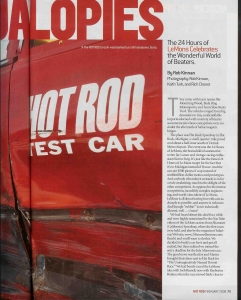 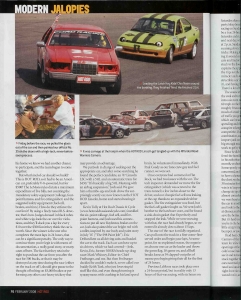 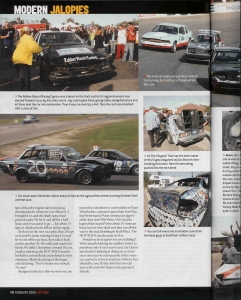 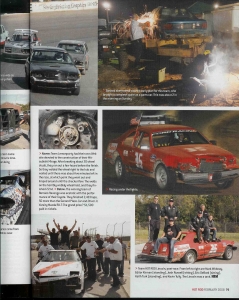 And we even have video!

There was an interesting turn of events that took place today, and I'll just say it involves a V8... 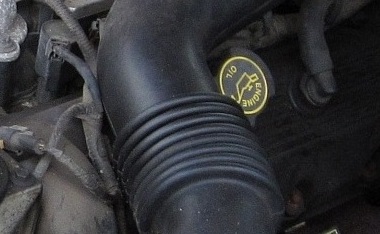 New car? What does 2012 have in store for FGR? FIND OUT IN THE NEXT YEAR OF FINAL GEAR RACING!

A small block chevy? How crazy do you think we are? The only engine with a worse rep in LeMons are Honda 4 bangers.