Both days this weekend were consumed trying to separate the engine and transmission. Many things were broken, relatively few were successfully unfastened. WD-40 and PB Blaster accomplish nothing. Any attempt to introduce the impact wrench does damage.

The transmission fluid, which for those who don't know is supposed to be a deep red color, was black. Blacker than the soul of the man who decided that, of the ~12 bellhousing bolts, 4 would be visible, nevermind accessible.

Sounds like whoever designed that should be publicly flogged. My car may suck, but at least most of the stuff I (try to) fix is easily reachable.

Got one of Jay's (mass) e-mails today. Driverless (autonomous) cars will now be allowed on the track.


Even though that could be the funnest thing yet.

Makes me wonder how they're going to handle penalties when that one gets black flagged. Maybe make it run Prime95 for an hour? Print out "I will not go 4 wheels off" 1000 times on a dot matrix printer?

Two U-joints, two extensions, a size adapter and a deep well socket. All we accomplished there was breaking the shift cable.
Last edited: Feb 5, 2012

First, if you haven't seen this segment on AuoBlog's "The List", go watch it.

Second, you might remember Sgt Schultz, an S Class Mercedes that won Summit Point when we were there back in 2010 and won again last year. I most recently saw it as the Stafy Pufft Marshmallow Man from Ghostbusters. As I've mentioned before, this car has literally every single ounce of weight removed from it. It's very possible it weighs in the same ballpark as the GTP does, maybe even a little lighter. 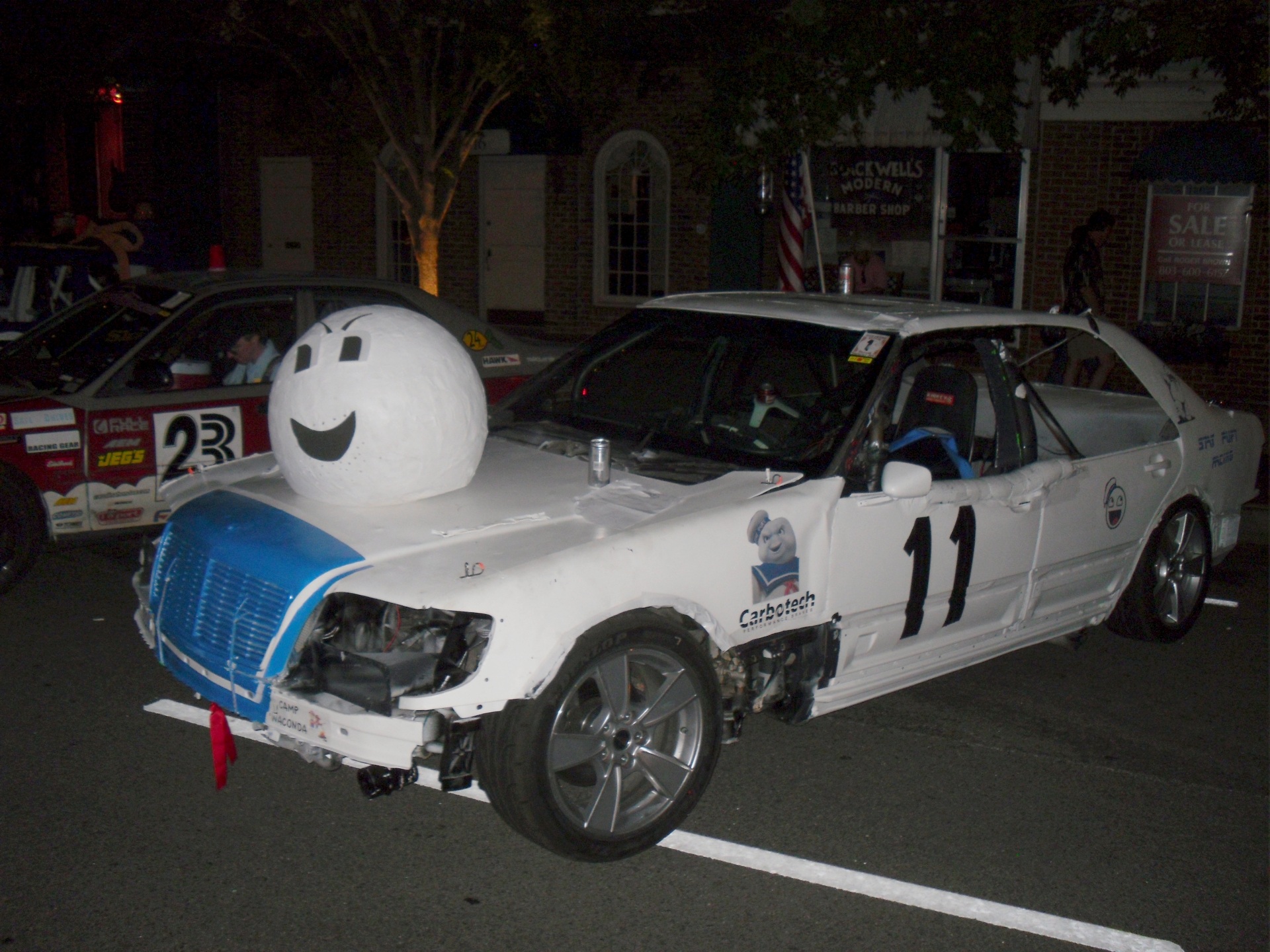 Anyway, I guess after two overall wins and several impressive showings, they've decided to do something very different before their next race.

They're reskinning the car using the sheetmetal from a 64 Cadillac Coupe DeVille. I have no words for how awesome that is.

I suspect the Deville skin is lighter.

Seriously, though. They made that car so light that they actually welded chewed up brake discs into the bottom of the trunk as ballast to get power to the ground.

EyeMWing said:
Seriously, though. They made that car so light that they actually welded chewed up brake discs into the bottom of the trunk as ballast to get power to the ground.
Click to expand...

I was not aware of that.

Punisher Bass said:
I was not aware of that.
Click to expand...

Yeah. I remember them doing that. And I also remember that car lapping EVERYTHING on the track. Some cars...repeatedly. Well actually...most cars~

Also, I didn't read through the entire link...but did they say what theme they're doing?

Something similar to Boss Hogg from Dukes Of Hazard.

Ahh, should be interesting.

Ours friends Terminally Confused have gone and gotten themselves posted over on the new Car & Driver LeMons blog, this time for a penalty they created at a race last year, the "NASCAR Helmet Throw". Basically you're handed an old cracked helmet and told to toss it at a car door, if it goes through the window you're allowed to head back out, if you miss you're serving a time out. Pretty clever I must say. http://blog.caranddriver.com/lemons-goodbad-idea-of-the-week-the-nascar-helmet-throw-penalty/

Sorry, totally off topic but: Is Judge Phil really with C&D now? I haven't picked up a Car & Driver since they neutered the editorial staff and canned Brock Yates. Where is Brock Yates anyway nowadays?

Not exactly. Car & Driver decided to sponsor LeMons this year, and part of that means they'll be covering the series a lot more, and Phil/Murilee is the one providing that content. So far some of it is new, like this weekends BS inspections, but so far it's mostly reheated and repackaged stuff he's posted before either on his own website or TTAC. So he's basically just running the C&D LeMons blog, I don't know if any of that or something exclusive will be showing up in the magazine itself or not.

Hm. This isn't good. Two weeks have gone by with no progress on the Crown Vic (stupid weather) and the season has officially begun.

I have a question:

I know you guys are only allowed to 'spend' so much on the car for the regs...but is there any limit on what a donor car (parts) can be valued at? Guy at the end of the street smashed his dads Grand Prix, and I think he might be selling it or parting it out.


*Whole back end from the rear wheel arch back looks like it was put through a paper shredder, but the front of the car looks to be in one piece....

As with all things in BS judging, it's entirely discretionary. They could hit you for the full price of the donor car, or fair valuation, or laugh at you and write a big fat 0 on the paper.

BS inspections are one thing we just can't seem to get the hang of, we always forget to bring our proof with us for one reason or another, hopefully we don't make that same mistake this year.
You must log in or register to reply here.
Share:
Facebook Twitter Reddit WhatsApp Email Link
Top