Who is the current keeper of the list? If possible, I'd like to be added for the mid-August time frame. We have an annual FG mini meet at the worlds largest one day car show planned. I'd like to take it to that.

CrzRsn said:
Who is the current keeper of the list? If possible, I'd like to be added for the mid-August time frame. We have an annual FG mini meet at the worlds largest one day car show planned. I'd like to take it to that.
Click to expand...

There is no list currently, we're winging it. At this rate, it'll still be in the US in August

47 said:
There is no list currently, we're winging it. At this rate, it'll still be in the US in August
Click to expand...

With some luck, August next year it can reach CrzRsn. 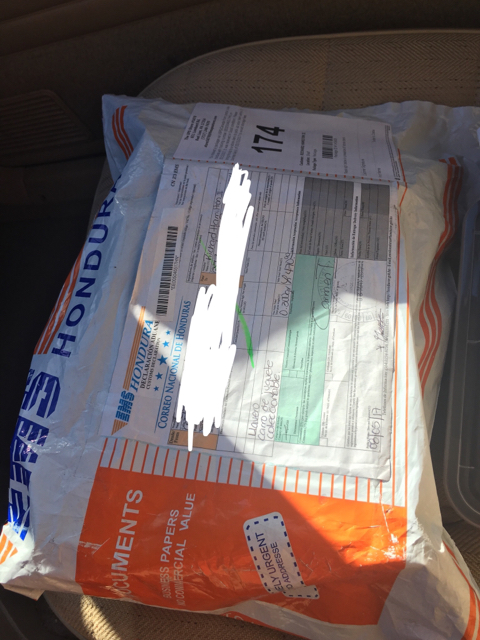 Oh, are we still doing this?

Now get Mr. Regular to review it. :lol:

Having just recently restarted watching those, I second this. Too bad Mr. Regular is in the UK right now.

Redliner said:
Oh, are we still doing this?

Now get Mr. Regular to review it. :lol:
Click to expand...

CrzRsn said:
Having just recently restarted watching those, I second this. Too bad Mr. Regular is in the UK right now.
Click to expand...

That would have been awesome.

I have some ideas for it, I need to balance them with getting it back on the road quickly though.

CrzRsn said:
Having just recently restarted watching those, I second this. Too bad Mr. Regular is in the UK right now.
Click to expand...

Don't worry, that little car ain't going anywhere fast anyway. And I don't mean that as a pun, just that it usually takes a few months to get moving again

What he said.
Really, get in touch with Mr. Regular. He will probably like the story behind it.

Also, who's next to receive it? Seeing how this part went last time, I think it should be decided as soon as possible.

Redliner said:
What he said.
Really, get in touch with Mr. Regular. He will probably like the story behind it.
Click to expand...

Story time. I got the car and Redliner + other FG'ers realized that the car is in PA, RCR is in PA, rick should meet them and tell the story behind it.

I brushed it off. After all, PA is larger than most realize, RCR is based nowhere near where I live. Plus I figure they hear shit like this all the time and are too busy for something like this, etc.

So time goes by, I didn't really get the car out that much like I wanted to...I figured I'd soon take a few pics at notable places, shove it in the box with something and send it on.

I'm reminded to check about RCR again though so I look on Twitter, figuring that they'd be elsewhere and unavailable. Turns out they'll be headed to Carlisle for a Ford Nationals event with the "Vagabond Falcon." For the non Pennsylvanians in the audience, Carlisle is known for two things:

Well fuck, I don't have much of an excuse now do I?

I message them on Twitter and it turns out they're down to do it. They schedule it for Saturday, then Friday, then Saturday again (damn weather). Cool.

I invited LurkerPatrol to come with me as a bit of a support person (kinda have social anxiety) but it turns out the schedule changes means he couldn't make it. So I dragged my BF along who isn't really into cars but is such a good sport for helping me out.

Anyway, we get there and wow.

That's not even half the show guys, behind me were tons of other Ford (and some non Ford) iron spanning all decades. Even things like the Merkur brand were in full force at this thing. There was also a Escort RS there somehow. Man I wish I got pics but I didn't plan on staying too long because the BF wasn't feeling well + I know this isn't really his thing.

This event is huge but awesome, even using the map on my phone it was tough finding where the Falcons and RCR were. After walking for about 45 minutes, I broke down and asked for directions. Turns out we were close now and just had to make a left turn. We do so and.....eventually see the Falcon: Fun fact: the Vagabond Falcon does not have power steering added!

Anyway, Mr. Regular and Ben the Intern are classically Pennsylvanian - down to earth, humble, and just genuinely nice people. They invite me to sit down and I do. Now I noticed the microphones on the table - they mentioned on their Twitter feed that they'd be podcasting from the show, but what happened next threw me. - they started adjusting the mics and getting ready to record!

And record they did. Over the course of 20 minutes we discussed the Zastava and the idea behind the project, among other things which I'll save for them if/when they release the podcast (the podcast thing is new for them).

Of course, they didn't let me walk away empty handed: This will be printed professionally (read: at a drugstore - the Kodak Picture Maker kiosk makes high quality and water resistant photos - I should know...i worked both cashier and photo lab for a major drugstore chain for years) and included in the box, along with something else special. Now, I've got some other, more pedestrian, things in store for sir Zastava tomorrow.

I'm proud that I was able to make this happen for one of our fearless leaders, even if it's not much in the grand scheme of things. It's the least I could do for someone who's site has proved invaluable in so many ways - not just for entertainment, but for helping me with life and making genuine friends both online and off. Thanks Viper.
Last edited: Jun 4, 2017

Rick, congrats!
You pulled it off! I suggested this, without much faith that it would end up working, and it did!
So glad you managed to take the car to them and got a picture with them. Thank you.

While as slow as expected, I like where this thread is going.

Rick that is fantastic!

Thanks everyone! I'm glad I was able to make it happen!

I've been trying to get the Zastava to a few more places but a lengthy family emergency has sucked up much of my free time.

If I can't accomplish what I want to do with it after this upcoming weekend, I'll be sending the car on.