Another First World Problem: I've thought about installing /e/OS (a de-googled Android) on the Fairphone 4 which will arrive tomorrow or on Tuesday. The problem is that the only app I can't really replace (the app from the bank for their Two-Factor Authentication) isn't on the list of the Apps which are available in the /e/ Application Installer. Of course the bank offers a secondary 2FA method, but that's iTAN so stone age relatively speaking...

For "security" reasons most banking apps don't work with rooted phones/aftermarket android Roms. Highly annoying.
Battered and weary after the craziness of the 1960s, the self-righteousness of the 1970s and the greed of the 1980s, I want to go home again, oh, so desperately - home to that land of drive-in restaurants and Chevy Bel-Airs, making out and rock 'n' roll and drag races and Studebakers, Elvis and James Dean and black leather jackets. Not that I ever owned a black leather jacket.
(Roger Ebert)

What you're both describing above it why I just got tired of the freedom Android offers and realised that what I do with a phone works fine with a standard iPhone. 3.5 years later, I still feel the same way. Not suggesting anyone is wrong or that the freedom isn't a good thing.

Saying that, I'm still annoyed that the Apple cloud sync app for Windows still doesn't download images in full resolution. Despite me telling it to.

You know that you don't have to root your Android phone, you can just use it as you use an iPhone, right? I was just wondering if I would be able to use a phone without google services, and it turns out I might not be able so the freedom is (of course) limited there as well.

Oh of course yeah, in that regard I was put off by the performance of the HTC I had and then of the Xperia Z5 Premium. The former was garbage and lots of apps couldn't handle the unusual 4K screen on the latter, I just decided that there are too many different phones for the Android OS to be 100% reliable. These too were probably poor choices. I'd trust the Fairphone to work well at least.

Well, yeah, you do have a point of many different phones which run Android and manufacturers sometimes have their own brew of Android so devs can't optimize for a limited amount of possible hardware. That said, when the least expensive current phone (iPhone SE 2022) for a certain OS costs a cool ~500 Euros, the manufacturer claims 30% of app prices for themselves and there aren't many alternative app stores you can put a whole different manpower behind the development and support of the OS to squeeze out the maximum amount of performance and user experience.
Many people don't have that kind of money and don't want to get subsidized plans from their provider as well, that's when Android comes in, you can get very decent phones for not even half the price of the least expensive iPhone.

That said, I really don't get resolutions such as 4k on phones, I mean my current Moto G7 Play has a resolution of 1512x720 (5.7" screen) and I can't imagine doubling, quadrupling or even more the resolution will result in a much sharper image. I mean, my current PC monitor has 1920x1200 on 24" and I really don't know why you would want four times the pixel count other than "l00k, I have 4k". Even 1080p movies are very crisp, upping the resolution just takes more space and (for me) doesn't do a whole lot of image improvement.

) since today we received a letter with the good news in writing - even people who are commuting by bicycle or only work from home will receive fuel cards...

Oh well, so much for "caring for the environment"...

I keep getting booked on airlines outside my "home alliance" (Star, of course) and it's delaying my status renewal on United.

Eye-Q said:
Might do that (or something similar - maybe renting a car and using all the money for fuel on the 'ring myself

) since today we received a letter with the good news in writing - even people who are commuting by bicycle or only work from home will receive fuel cards...
Click to expand...

Yay, I now own a fuel card with 100 Euros on it and I can't use it since it's specifically for fuel only, you can't buy chocolate bars and stuff (which I wouldn't do from a petrol station anyway...).

Oh well, I might just buy a cheap MX-5, thrash it around and sell it again when the money on the card runs out...

Eye-Q said:
Yay, I now own a fuel card with 100 Euros on it and I can't use it since it's specifically for fuel only, you can't buy chocolate bars and stuff (which I wouldn't do from a petrol station anyway...).

Oh well, I might just buy a cheap MX-5, thrash it around and sell it again when the money on the card runs out...

this is the way

I spilled my popcorn while waiting for the drive in movie to start.

Did Hank help with that situation?
I've always had an irrational fear of anamorphic armadillos.​

CraigB said:
Did Hank help with that situation?
Click to expand...

What I couldn’t stop him from eating, yes.

I'm out of beer, and the nearest fridge with beer is on the far side of the garage.
No trees were killed in the transmission of this message;
but a stupendous number of photons and electrons were terribly inconvenienced.
​ 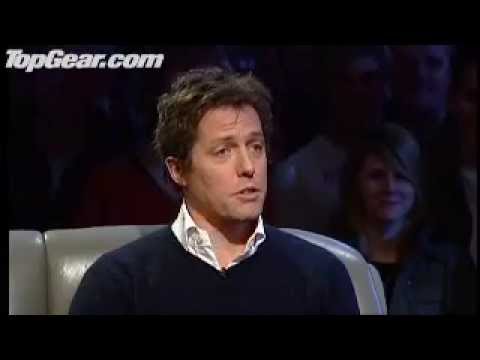 I think I found out what that’s like yesterday. Not from a seat in a Bentley, but from one on an airplane, so it’s still for this thread.