Can someone please +rep NecroJoe for me? His post made me check the status of the mango import ban and as a result I have now got 14 of the things in my kitchen, waiting to be devoured.

I've watched the first two, and I'm a bit dissapointed that the food doesn't play a larger part. It's all about the chefs and their personal stories.

Is there some way to watch the show outside Netflix? We dont have it here and for now I could not find it anywhere to watch in any way

I guess not... it's a netflix production and on a rather special subject (not exactly mainsteam), so i doubt it'll be available through many other... sources... I did a quick look around and couldn't find anything at least

Apparently a Noodles & Company is opening soon near me: Had it for the first time yesterday. Quite enjoyed it.

I wish they gave more detail about the food shown, but cool nonetheless.

rickhamilton620 said:
Apparently a Noodles & Company is opening soon near me:

NecroJoe said:
Had it for the first time yesterday. Quite enjoyed it.
Click to expand...

I somehow fail to understand why one should eat pasta in a restaurant, as preparing pasta is probably the easiest thing in cooking. Here's my dinner tonight: 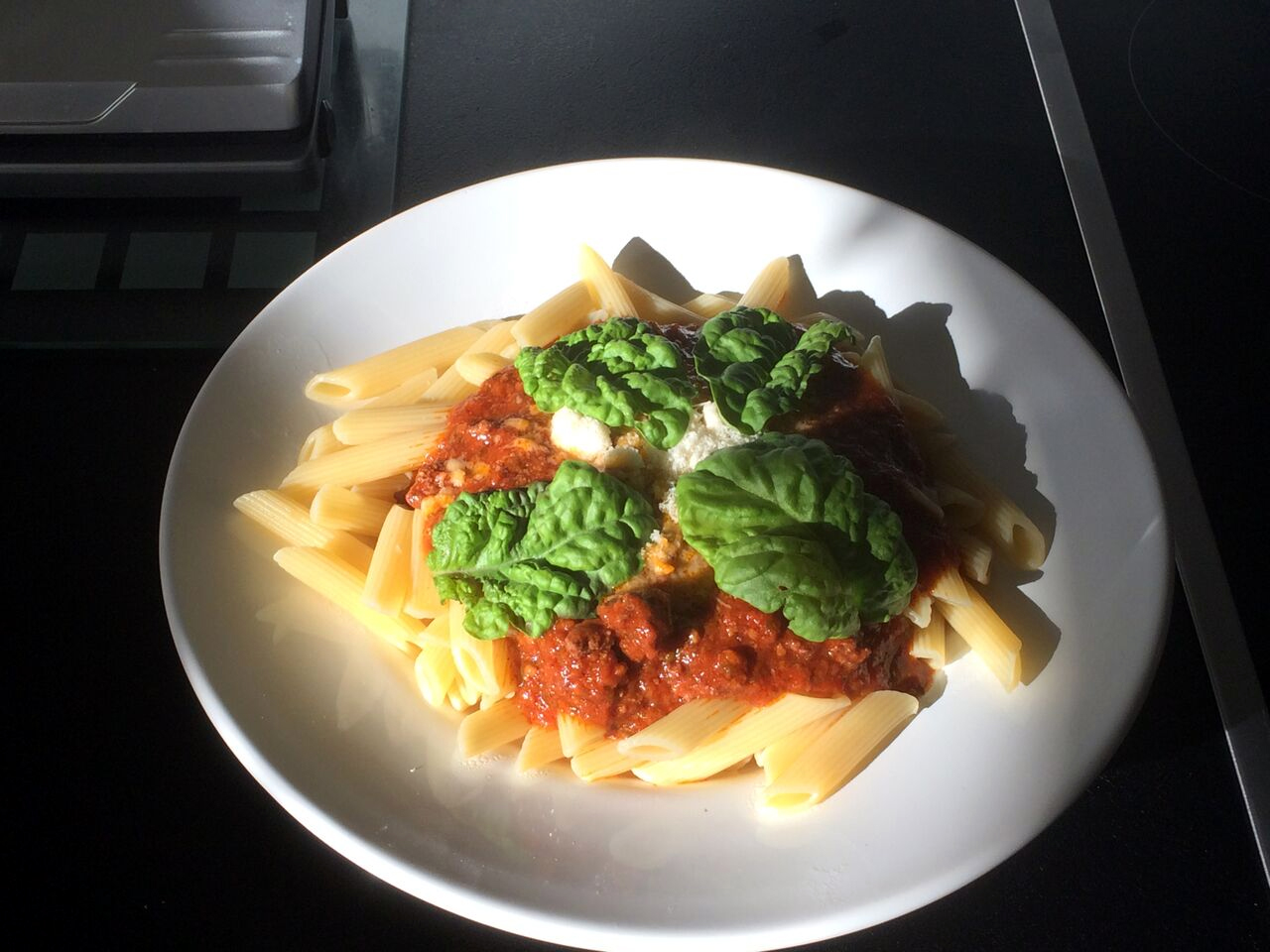 Because some sauces are a pain in the dick to make yourself and you just can't be bothered. And restaurants will use way more salt and butter than you would ever feel comfortable using yourself, so it tastes better.

Because there's a place in D?sseldorf, that makes their own pasta and their own sauces and it is absolutely divine (owned by an Italian expat) and you should all go there at least once.

In my sauce is not much salt and no butter at all. Only fresh ingredients, fresh herbs, spices, red wine, meat, onions, garlic and a very good olive oil.

Still it is what I consider a "flavour bomb"

MacGuffin said:
I somehow fail to understand why one should eat pasta in a restaurant, as preparing pasta is probably the easiest thing in cooking.
Click to expand...

a) Because the dishes I ordered were not just "dried penne with meat sauce." I had this one: "Caramelized udon noodles in a sweet soy sauce, broccoli, carrots, shiitake mushrooms, Asian sprouts, black sesame seeds and cilantro and marinated steak." The only ingredient I usually have around from that list is soy sauce.
b) Because the pasta is the easy part of the dish. And while their pasta is dried, it doesn't taste like it. When I make pasta at home, I can no longer buy dried pasta...it's just gummy to me.
c) When I'm walking from a job site to a meeting, and then I'm not getting home until 11PM, I don't mind paying for food for dinner "that I could easily make at home", which is, honestly, most anything one could order at a restaurant.
d) It was $7.50 for a really tasty bowl of noodles, veggies, sauce and steak. I don't really think it was a rip off.


IceBone said:
Because there's a place in D?sseldorf, that makes their own pasta and their own sauces and it is absolutely divine (owned by an Italian expat) and you should all go there at least once.
Click to expand...

I wouldn't call my meal divine but certainly it's delicious. And for roughly 3 Euros for a helping it's also a bargain

Pasta has always been a simple meal for common people. Few ingredients but high quality is the secret. Making own pasta isn't necessary, there are really good dried pasta on the market. I'm not a fan of over-complicating things. Keep it simple, keep it easy. Like pizza, pasta tastes best in its most simplest forms when done properly.

And by the way: There is no lack of good Italian restaurants here. There are three or four even here at the end of the world and one is run by a guy who used to be a member of Italian national cooking team.

Thanks to masses of Italians coming to Germany after the war for work, Germany is to Italian restaurants what Britain is to Indian restaurants. But I never eat pizza or pasta there, I rather have seafood or some meat dish.
Last edited: Jul 17, 2015

Dried pasta is perfectly fine. Good dried pasta is much better than average "fresh" pasta. It's what you do with it which makes the difference. If you boil it to death as according to the packet instructions and toss it with Dolmio sauce, it's gonna be a shit experience.


MacGuffin said:
I somehow fail to understand why one should eat pasta in a restaurant, as preparing pasta is probably the easiest thing in cooking.
Click to expand...

Because you either don't want to cook or can get it better prepared in a restaurant?

Ah, the classic sauce on top. How northern european of you. To my understanding, half the magic with pasta cookery is to put the pasta into the pan with the sauce before it's al dente, thereby finishing the cooking in the sauce. This enables the pasta to soak up the sauce better.
Last edited: Jul 17, 2015

I wish I could find good dried pasta. I swear I've tried every maker/brand available in this county. I once spent $12 on a lb of locally-made dried pasta. It was so flavorless, and was also as gummy as Barilla.

I usually order them online. There are some nice online gourmet shops.

I don't find Barilla gummy. But I do cook it very al dente.

I do, too...I'm constantly tasting it as it cooks, and stop just after the point it stops tasting "raw" and stops getting stuck in my teeth. My gf boils the hell out of it in about a third of the water you're supposed to use, hardly stirs it, and them complains that it's not as good as a restaurant. That said, if a frozen dinner says to cook for 3 minutes, stir, then cook another 2, she'll just put it in for 5 and not stir it. I think she not only ignores directions/recipes, but goes out of her way to disobey them.
Last edited: Jul 18, 2015
You must log in or register to reply here.
Share:
Facebook Twitter Reddit WhatsApp Email Link
Top