Am I looking at pan-fried jiaozi?

Been cooking a LOT during the Shelter-In-Place, like most of the world. Unfortunately, i never think to photograph the most impressive ones...too eager to eat.

My favorite afternoon snack or quick lunch the past few months has been just a good english muffin toasted, with a high-quality riccotta cheese, extra virgin olive oil, sea salt, and fresh ground pepper. To me, this beats a bagel and cream cheese or toast with butter and jam/cinnamon sugar 9 times out of 10. 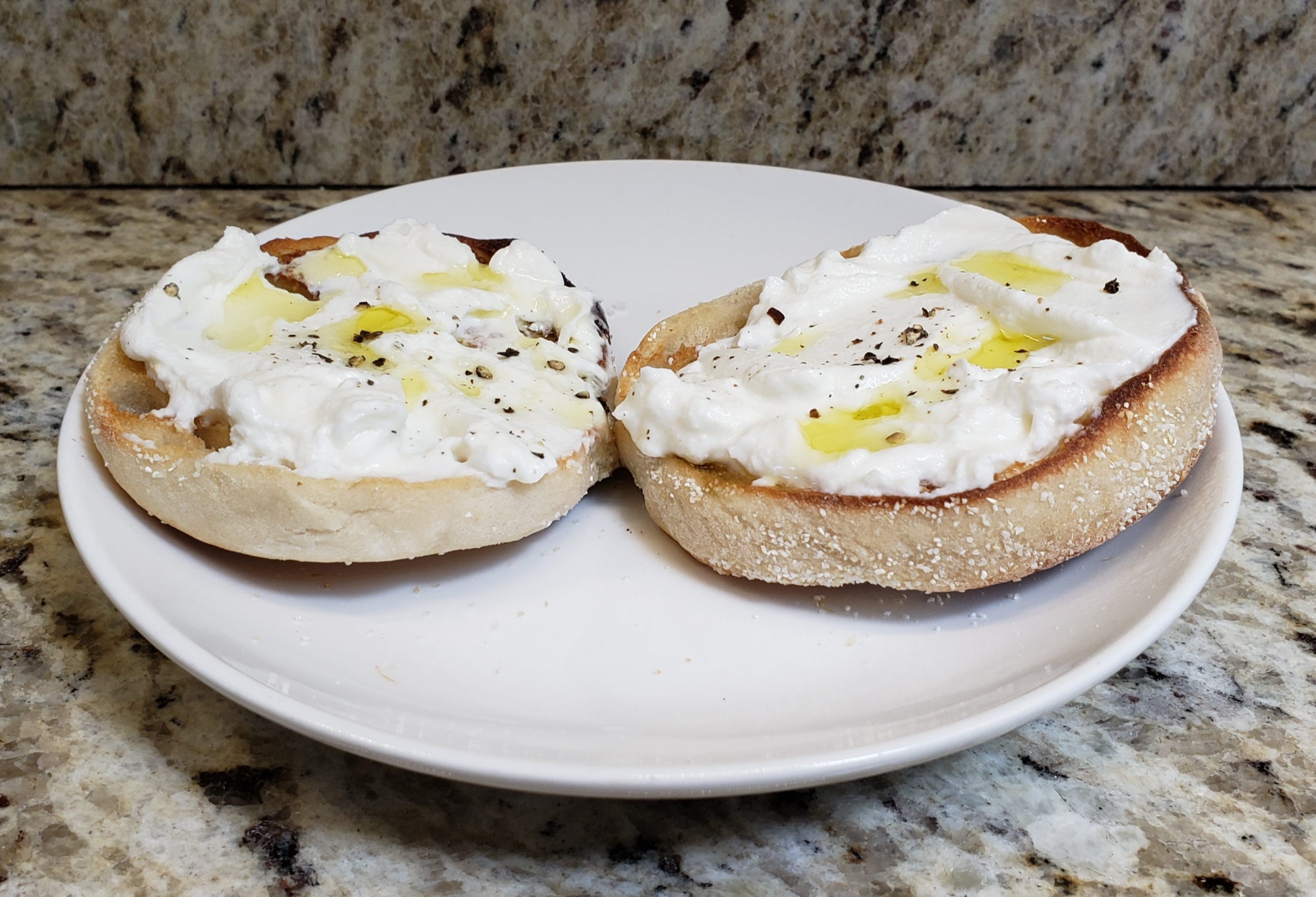 Easily in the top 40 most photogenic egg salad sandwiches i've ever made: 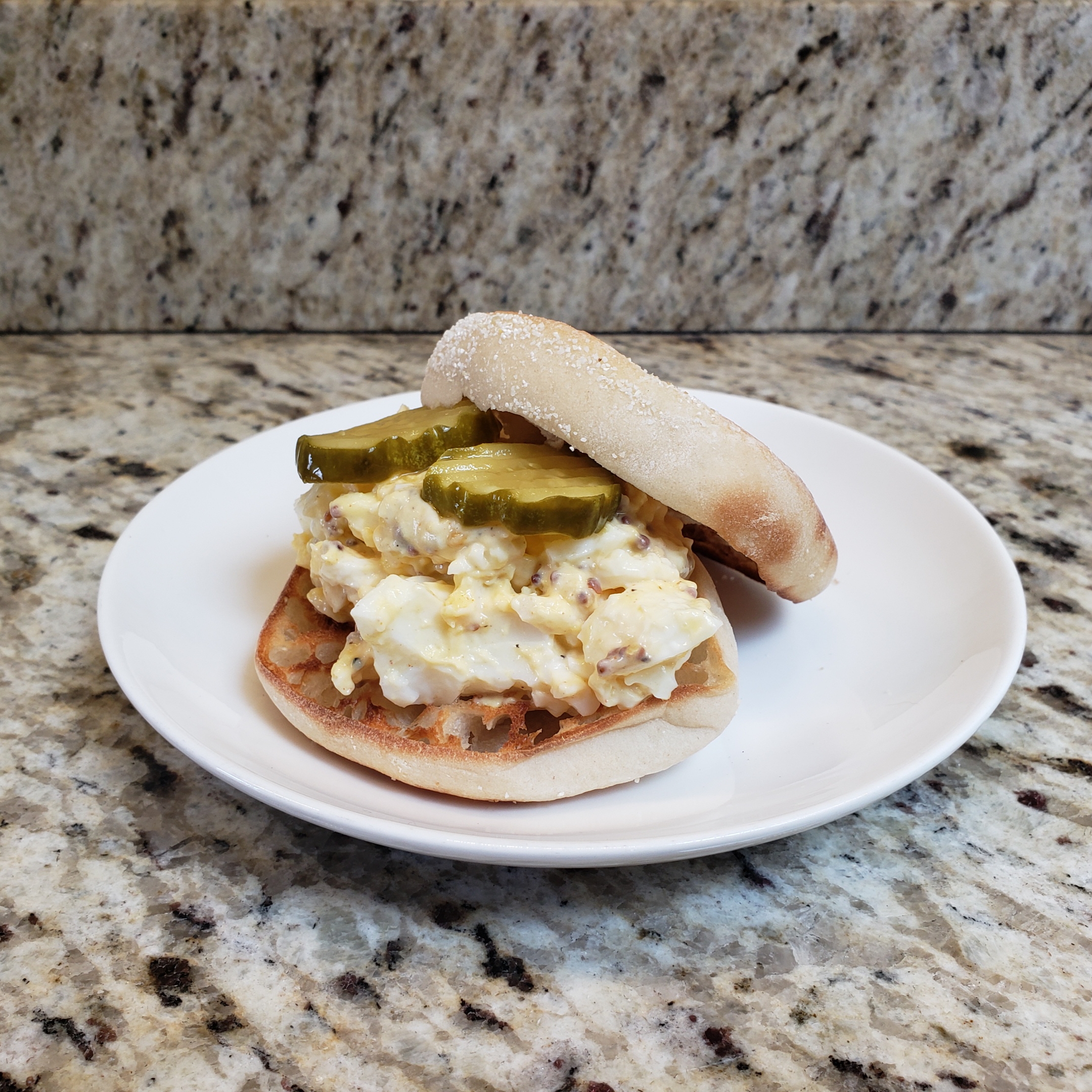 A sequel: left: hot sauce and bacon, right: just the sweet-and-hot pickles. As much of a bacon fiend as i am...i gotta say...I preferred the pickle one. 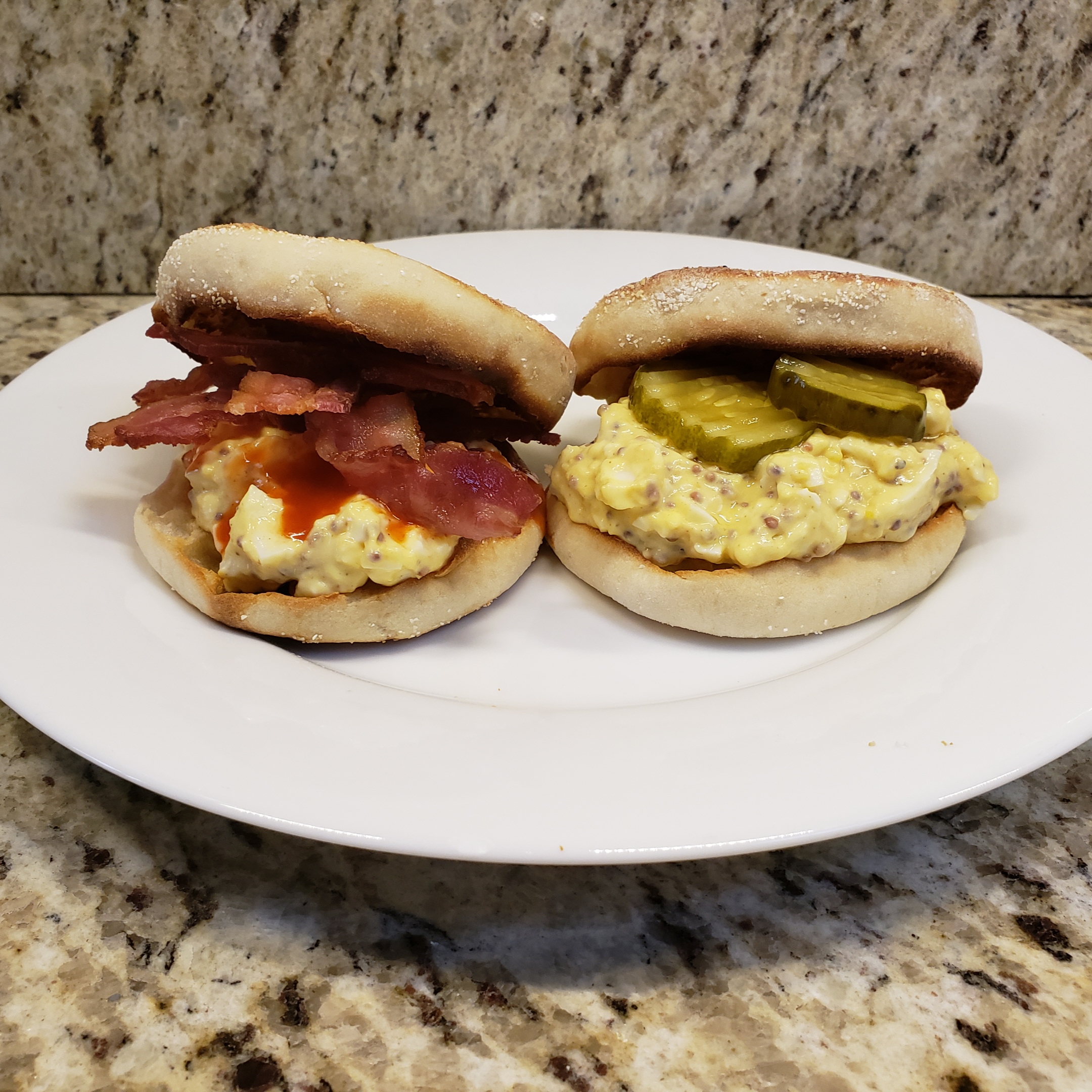 Hommemade bagels (we tried making them a 2nd time and failed miserably, somehow). The first two on the left are plain, then two random jarred seasoning blends, then sesame seed and 3-cheese, then pretzel salt and a garlic powder/onion powder/salt/pepper mix. The trick with the cheese: it has to be a course shredded cheese. Finely scredded burns too quickly. As did the two seasoning blends. My favorite was the pretzel salt, but I saved half for the next day, and the salt had absorbed so much moisture, the bagel was wet to the touch. Ha! So eat that one first.

Here's the recipe, but note: there is a "print recipe" button to be able to ignore all of the useless garbage on the page...but I still linked to this page, because there's a video that is a helpful reference for things like the dryness of the dough when mixing, etc.
https://sallysbakingaddiction.com/h...0rQVp0pznhGIswoMGCafRN6bdWNWNUzMV7VJJkXxk8-rc 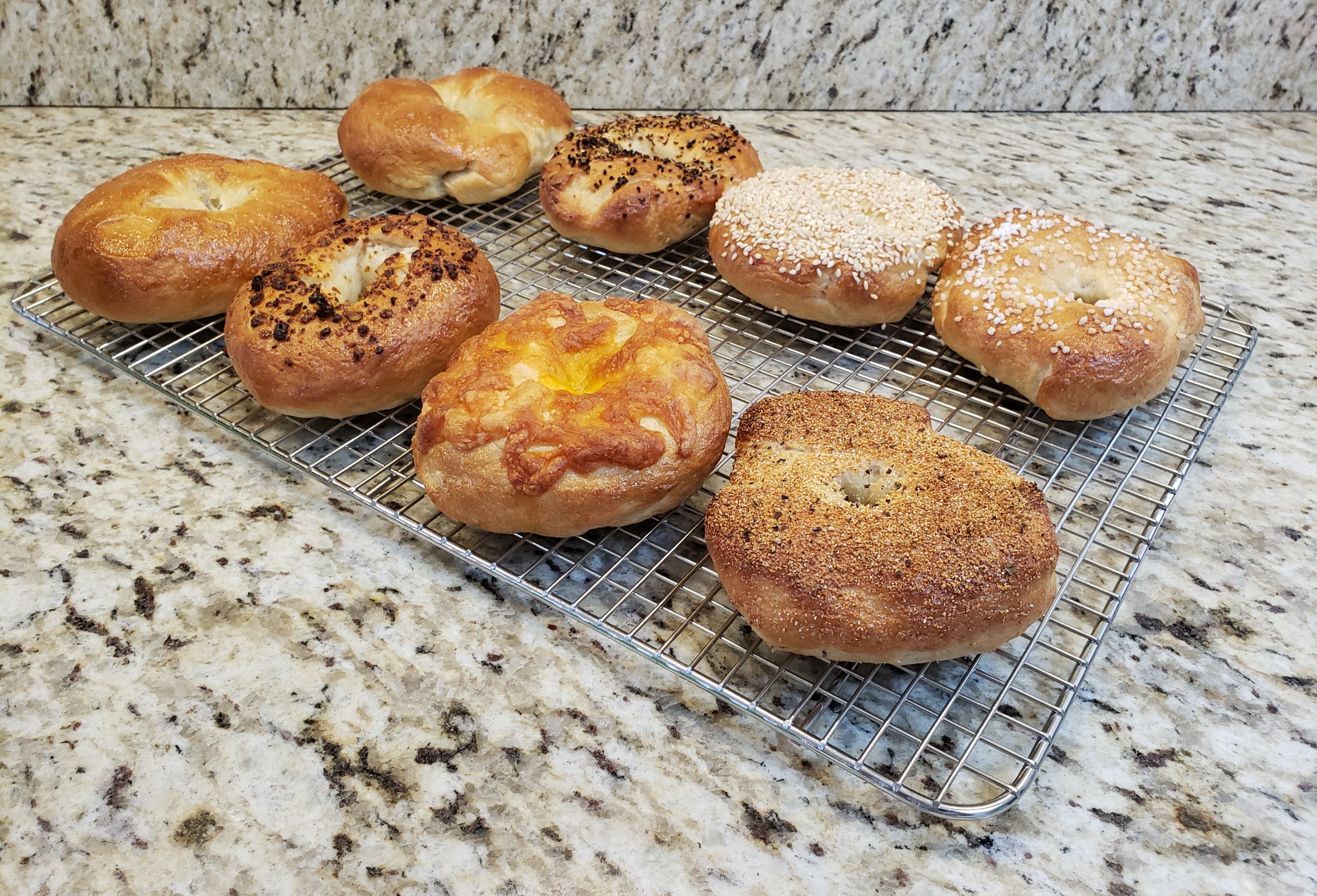 A white lasagna with mushrooms and spinach. Amusingly it's a slow cooker recipe. I'm sure it could be made in the oven with minor tweaks, but hey...it was damn good. It's a bit grey because we used dried oregano and parsley. 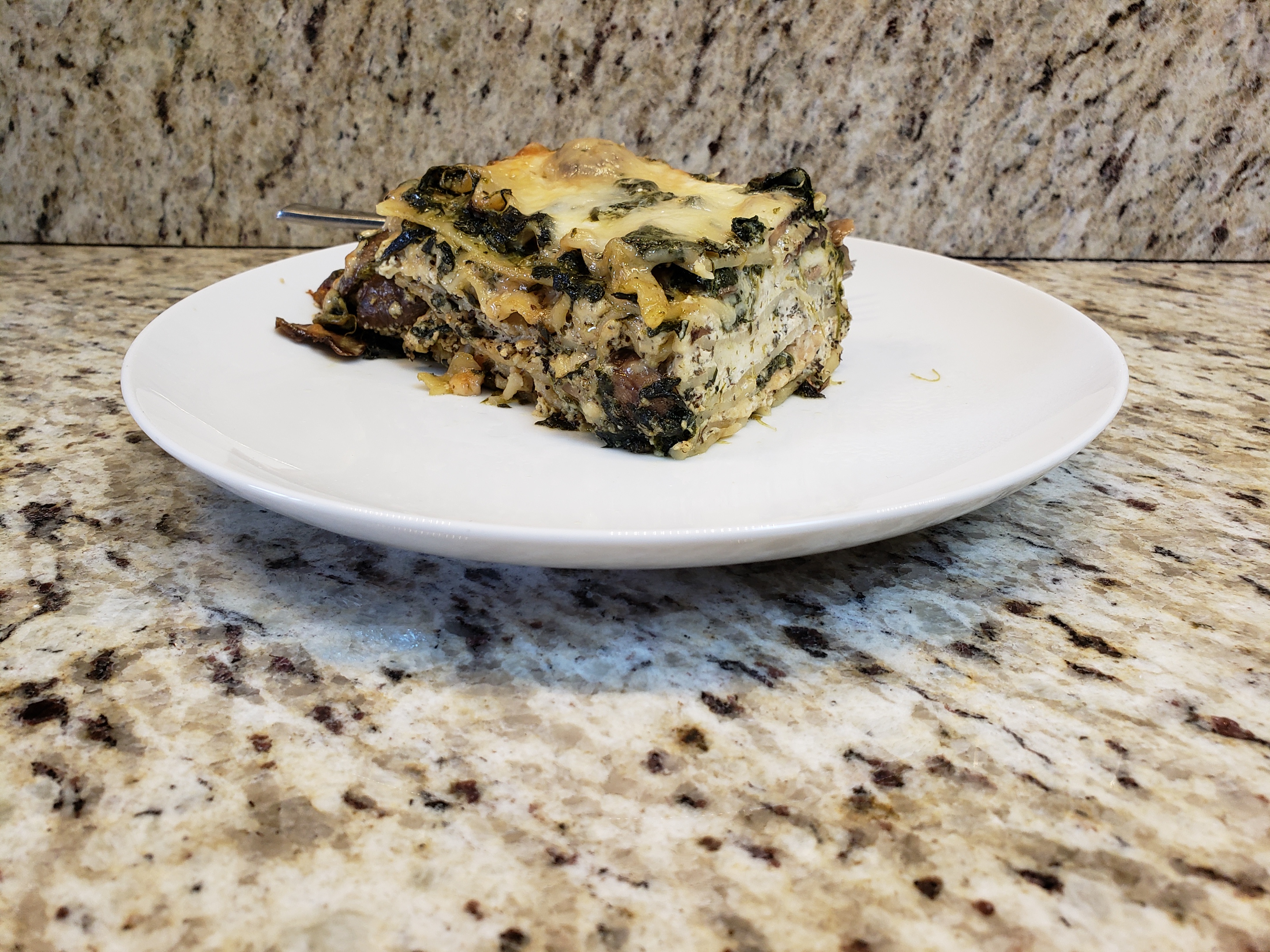 NY Times' recipe for Loco Moco. i've had it a couple times before, but then had some AMAZING ones in Hawaii last year, and have been on the hunt for a good recipe ever since. We make this about once every 3-4 weeks. 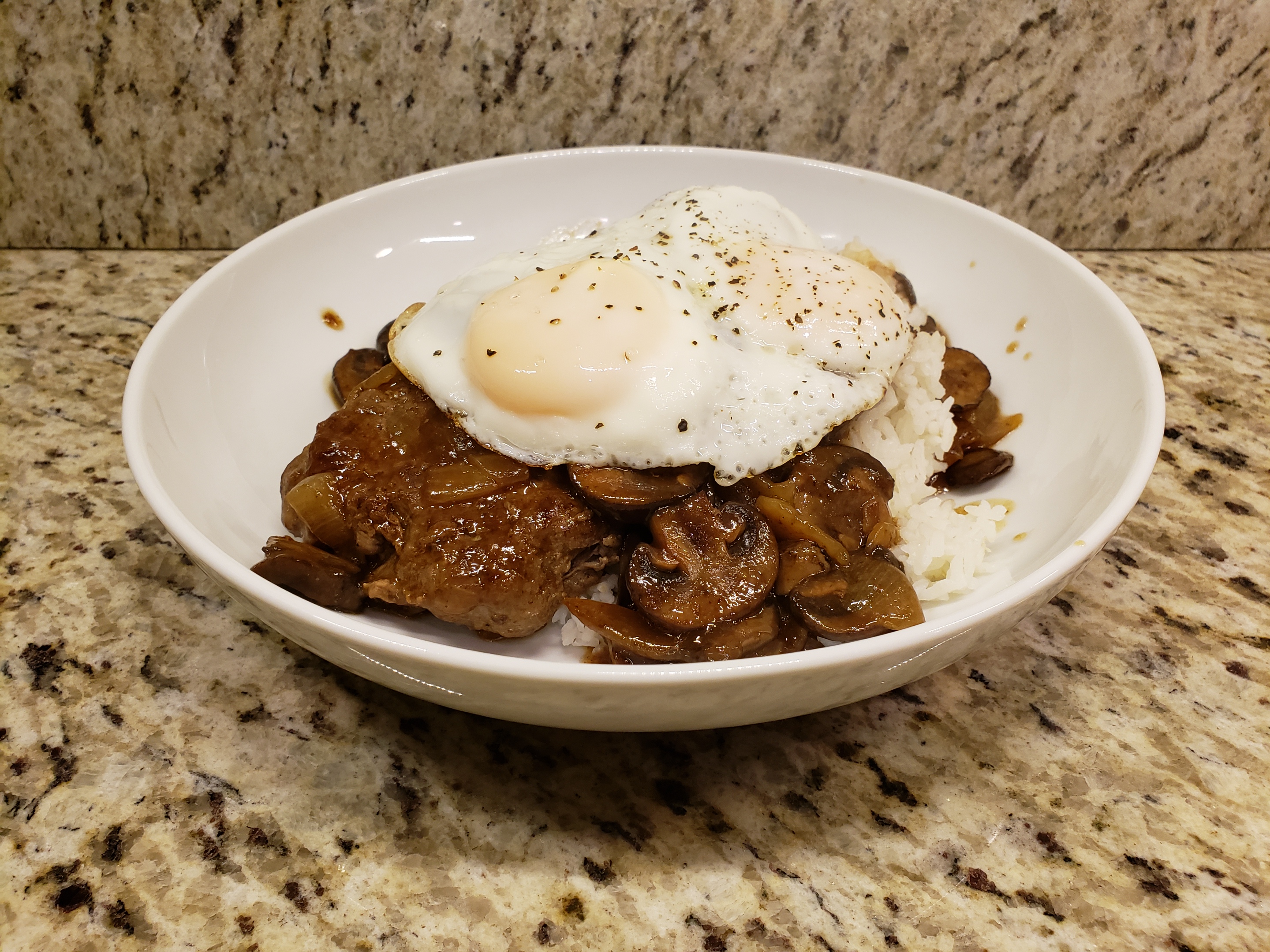 Pulled pork sandwich with homemade BBQ sauce, bacon, sweet-and-hot pickles, and Hawaiian "buns" (the regular rolls would have been much better.) The camera lens distortion/perspective is making it look like the top bus is gigantic with only a tsp of pork, but it was much more balanced IRL. Unfortunately, the pork itself was much too saucy and sweet. Need to find a good at-home recipe for the pork we had in hawaii... 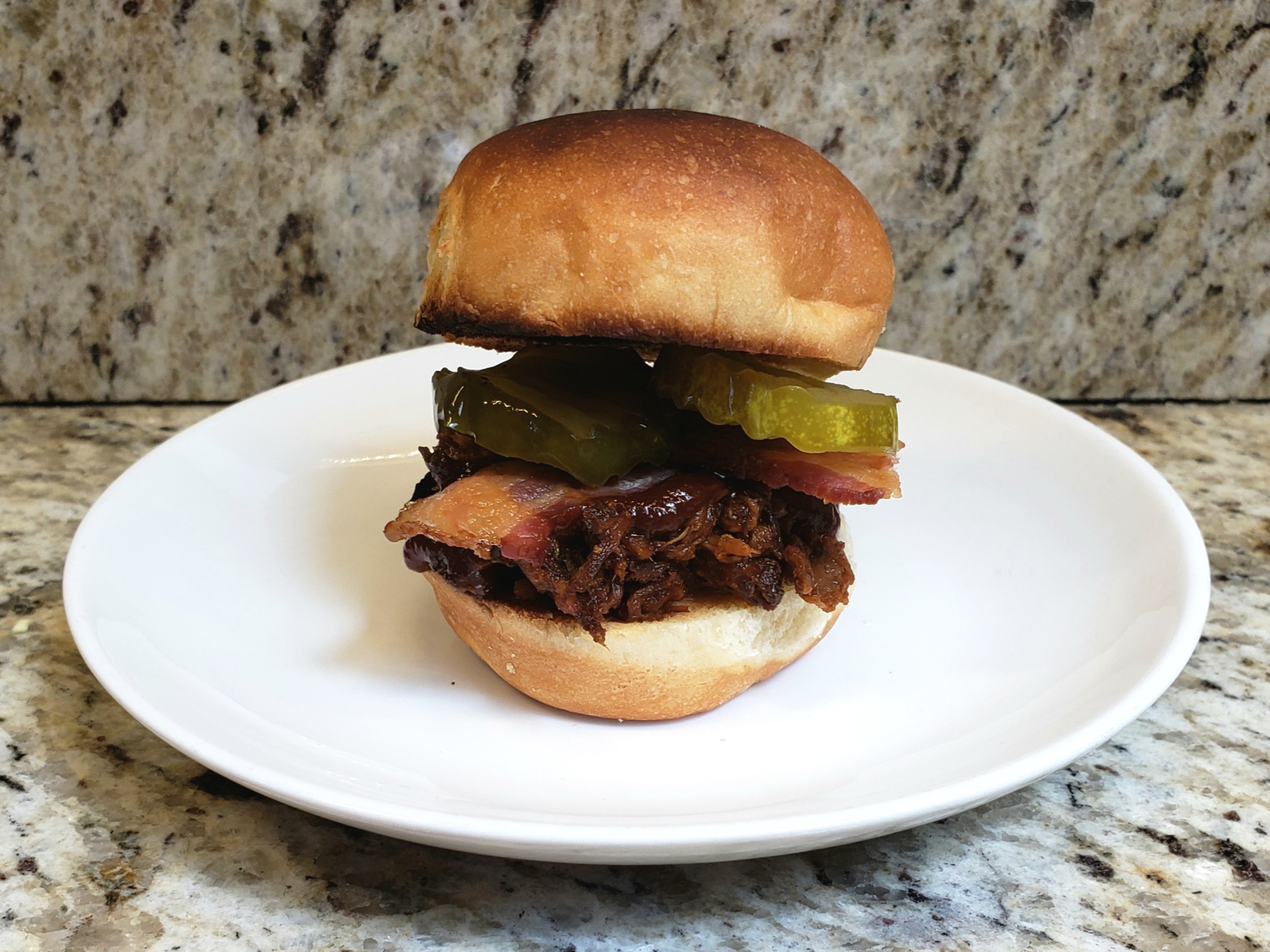 OMG OMG... that loco moco!! And shit, why do I have an urge to make english muffins now? Looks fantastic!!

Kiki said:
OMG OMG... that loco moco!! And shit, why do I have an urge to make english muffins now? Looks fantastic!!
Click to expand...

Seriously, make the New York Time's recipe. You need to make an account on their food website, but it's not a paid subscription. I've tried 4 before this one, and this is the best one by far, and the most like the good stuff we had in hawaii.

As far as english muffins, I've tried to make them twice with 'meh' results. I actually really like Bay's brand. I'm "done" with Thomas's. They are one of those things that I swear was better 20 years ago. The "Bay's" are the ones that are in the refrigerated sections. Somehow even though they need to be kept refrigerated, they have longer expiration dates than the shelf-stable Thomas's. The only thing I hate about them is their packaging. The plastic is the type where the tiniest little tear extends all the way down the bag if you look at it too hard. Next time I buy some, I'm going to try cutting the end of the package off with a scissors, so that there's not a tear to expand.

Ha, thanks! White plate, pushing them back against the back splash on my kitchen's counters, Note 9 Camera phone, ebay under-cabinet LED lighting strips, then cropping away the rest of the photo showing the messy counters and poorly-painted wall..

Seasonal dessert time (with picture links that will need fixing within an hour or so, I assume). 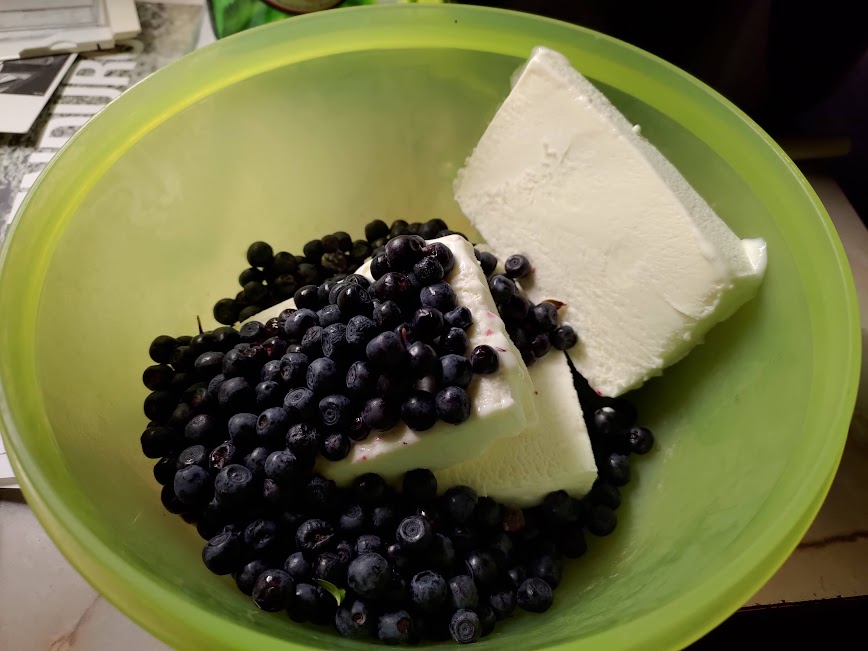 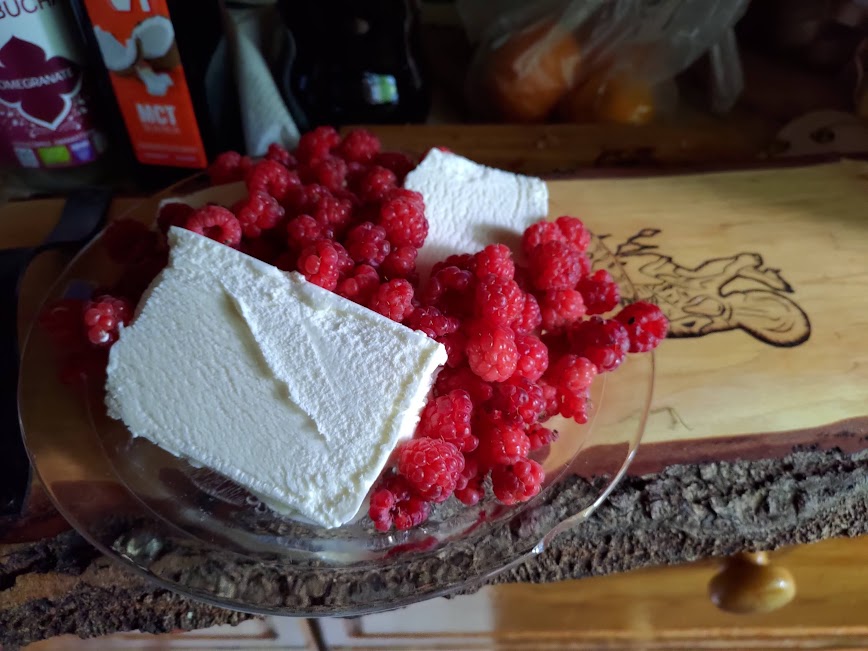 Since early summer was nice and warm, most berries are ripe for picking earlier than normal. So for once I'm home at correct time, instead of touring Europe, as has been the case usually. Raspberries are from my backyard, for blueberries I have to walk at least 400m for.

Made shakshuka for the first time. Followed the New York Times' recipe. Not sure how authentic it is, but was delicious. Didn't toast up enough bread, and over-cooked the eggs a little bit, and the hot sauce was a must, but quite tasty. I could have maybe added one more egg.

I actually appreciated the pacing of the recipe. Normally, I try to prep everything before turning in any heat. However, this recipe was quite relaxed. The first step is just to soften the onions and peppers over medium low heat for 20 minutes. You dont need to pay close attn to them like with many recipies, so it's easy to prep the next ingredients.

NecroJoe said:
I actually appreciated the pacing of the recipe. Normally, I try to prep everything before turning in any heat. However, this recipe was quite relaxed. The first step is just to soften the onions and peppers over medium low heat for 20 minutes. You dont need to pay close attn to them like with many recipies, so it's easy to prep the next ingredients.
Click to expand...

That's good to know! I realized this weekend that I am not a patient person and don't like to tend to things. This is why I suck at things like caramel and such because I love to do multiple components at the same time but have more room to account for errors (that's my excuse at least

Since you can’t buy single portions in grocery stores, I have enough materials to make a bacon egg and cheese bagel for a week. Here’s my efforts.

(Sung to the tune of I Have a Little Dreidel)

So for lunch I had oven baked breaded chicken that I chopped up and dipped sun Sweet Baby Ray’s Buffalo chicken sauce. Currently dealing with the ring of fire.

For dinner, I made a Schnitzel in celebration of Nürburgring 24hour race.