Well, the first details are out. I for one am chuffed to bits that it's based here, we only need a new GTA London and I'll be fully satisfied and can give up gaming forever. Or something.

Who says nothing good comes from E3?

The map is obviously the UK but appears to be more focused on Scotland if I'm not mistaken and maybe Wales to some extent.

Additionally, the following have been found in Forza files:

I personally will be pre-ordering the VIP version as usual with a focus on getting some Youtube content early this time, instead of waiting until the game is two years old to start.

I'm so torn on this. Horizon 3 has performance problems to this day. It lags whenever anything happens in the background on my PC. Incoming chat message? Lag spike. Play a Youtube video on second monitor? Game locked to 30 FPS. Sometimes the game just locks itself to 30 or 20 FPS for no reason until restart. Quite often it crashes on load screens. And it never works online until I do a weird procedure to reset my Teredo adapter.

That said it's probably my favorite game of all time, one of the very few I'm happy to pay full price for with season pass (you haven't played the game until you've won a hill climb on Blizzard mountain in a RWD sports car without snow tires). I'm certainly excited for 4 I just hope they've worked out the issues with the stupid UWP platform.

I just started playing this. Anyone who's still at it?

I play it literally every single day. I can't get enough of it!

Viper007Bond said:
I play it literally every single day. I can't get enough of it!

I'm still playing it, not quite as much as I did but every so often. Really enjoyed the Fortune Island DLC but after I completed everything I got bored of map quite quickly and headed back to the mainland, now I'm playing around with things like off road trials in the mountains and some spec races against the AI.

I've really been enjoying Forzathon live while I've been playing and came across Viper completely by accident one evening, then it pulled its party trick and he disappeared.

Matt2000 said:
I've really been enjoying Forzathon live while I've been playing and came across Viper completely by accident one evening, then it pulled its party trick and he disappeared.
Click to expand...

I probably didn't see you due to bad vision and bailed for a bigger lobby in order to increase the chances of getting enough people to finish it. Sorry!

We'll have to convoy next time.

Had some fun yesterday.

Realised you could get a widebody kit for the 70s 911 Carrera RS. It looks totally amazing. May be my new favourite car, with a maxxed out standard engine rather than turbo or 4.0L F6.

Also got the VW Campervan and put the 2.0L turbo'd F6 in it. With RWD, it spins up the wheels in every gear and won't go in a straight line easily unless you drive around in 5th and 6th.

It became pretty predictable with AWD although not quite as hilarious.

At the end of my session I also got the Mini barnfind, which seems pretty hilarious with the rally engine on first impressions.

Viper007Bond said:
We'll have to convoy next time.
Click to expand...

My go to car is still my dirt prepped monster Charger Daytona. 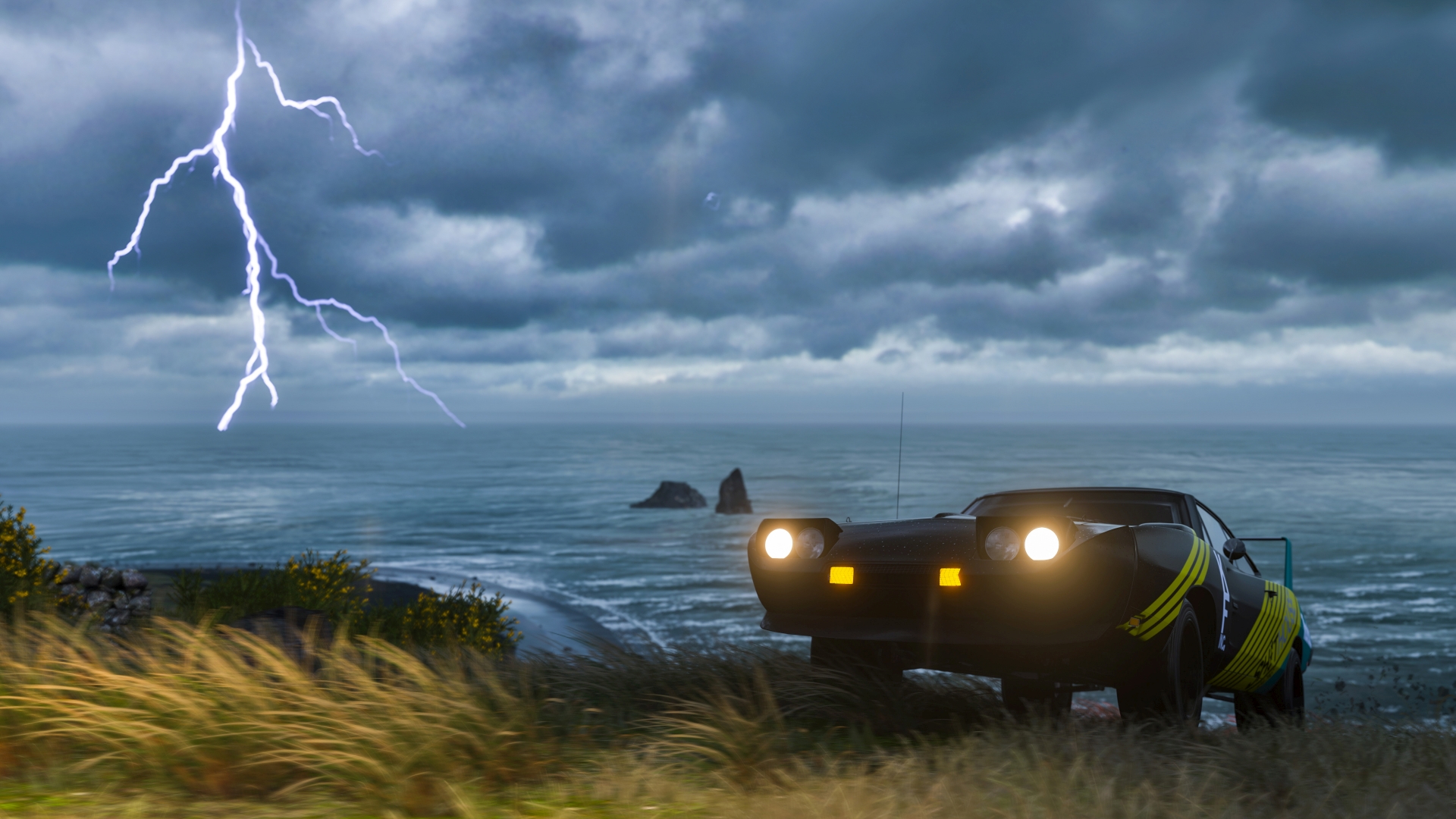 I just tried the demo and it seems to run OK on my not-so-hi-end system. Maybe I'll purchase the full game

gt1750 said:
I just tried the demo and it seems to run OK on my not-so-hi-end system. Maybe I'll purchase the full game
Click to expand...

If you subscribe to Xbox Live you can play the game 'for free'. When I checked, its about £8/month. May work out cheaper if you get tired of games quickly, as opposed to buying the whole game.

I'm totally up for joining for some games, if our time zones match up.

So I just bought the Ultimate Edition. Praying to M$ Gods that their glorious Store lets me download and install the game without issues

Still getting used to seeing Viper on the occasional leaderboard while driving...

For those who are actively playing I can highly recommend getting the Hoonigan RS200 which is available through the Forzathon this week. With the racing V8 it's so much fun to drive. Mental acceleration and torque.

ahpadt said:
Still getting used to seeing Viper on the occasional leaderboard while driving...
Click to expand...

Raced against his Drivatar tonight, dammit....

Annoyed that I missed out on the Regalia monster truck, I don't agree with these one-off chances to get cars, are they just trying to keep the auction house going or something?

Coincidentally while trying to 100% the weekly forzathon, I applied a 5/5 star S2 998 tune onto the Hoonigan RS200. Jesus it's rapid offroad. It creamed everything else. Can recommend.

Also, sup with people queuing with a slammed down Lambo when the adventure clearly states "S2 Dirt"? It didn't work out well for them...

Annoyed that I missed out on the Regalia monster truck, I don't agree with these one-off chances to get cars, are they just trying to keep the auction house going or something?
Click to expand...

So I bought the car pass and the new car pack that just came out but the cars arn't in my inventory yet... Anyone come across this before? It's been over a day since I got them.

There's a tab in the garage menu for DLC cars

Go there, then pick the first menu option, the one listing every DLC car you own. There'll be a button to add every car to your garage for free.
You must log in or register to reply here.
Share:
Facebook Twitter Reddit WhatsApp Email Link
Top