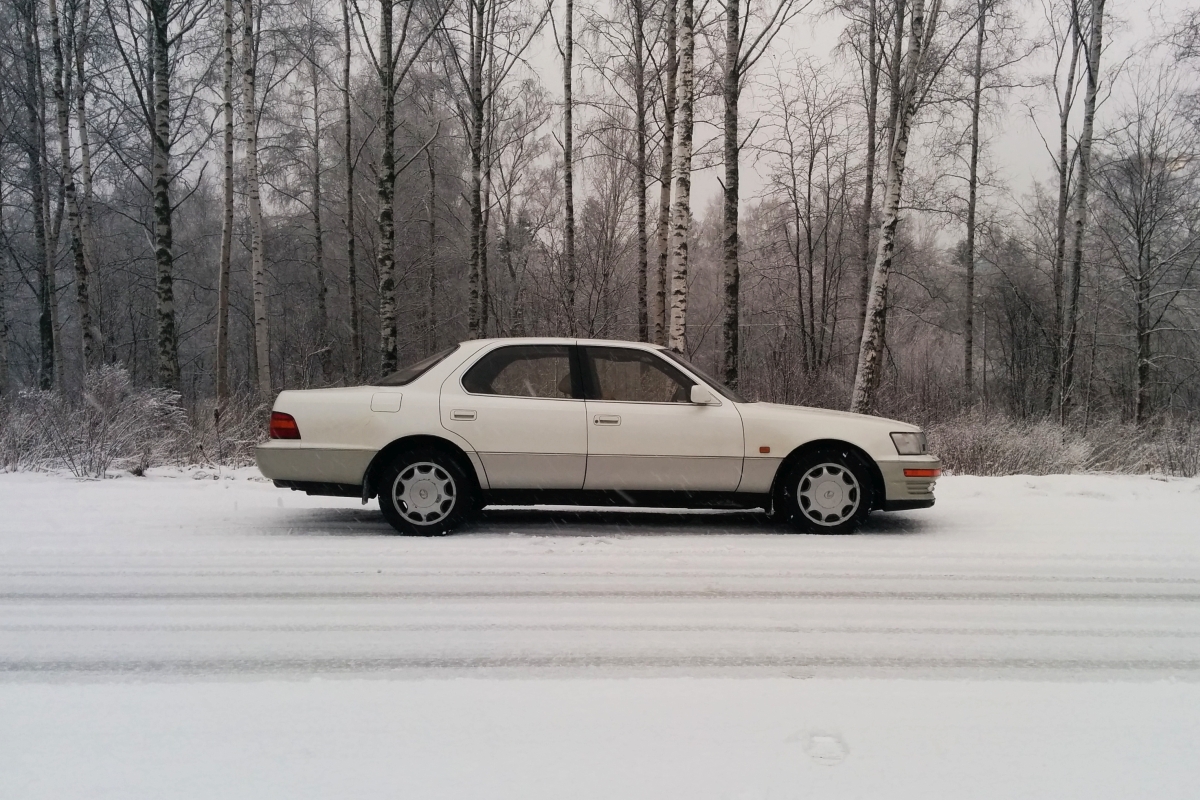 Shortly, this is the very car we considered for FG Roadtrip 16 with public and Lastsoul. This car belonged to friends of Dave and Arron (who might be joining the forum soon, perhaps?). They got it themselves just for roadtripping to Le Mans and alps last year. We preferred a Jag, and this Lexus was a backup plan back then. We thought about either renting it from the guys, or buying it directly. But in the end, we ended up buying a ?1000 Daimler for the roadtrip. Six months later, the Lexus is still unsold, I'm carless due to the sell of my E28, and there is an annual icetrack coming up, so I "ordered" the LS to be delivered here. The owners get another roadtrip out of it, I get a car, everyone wins 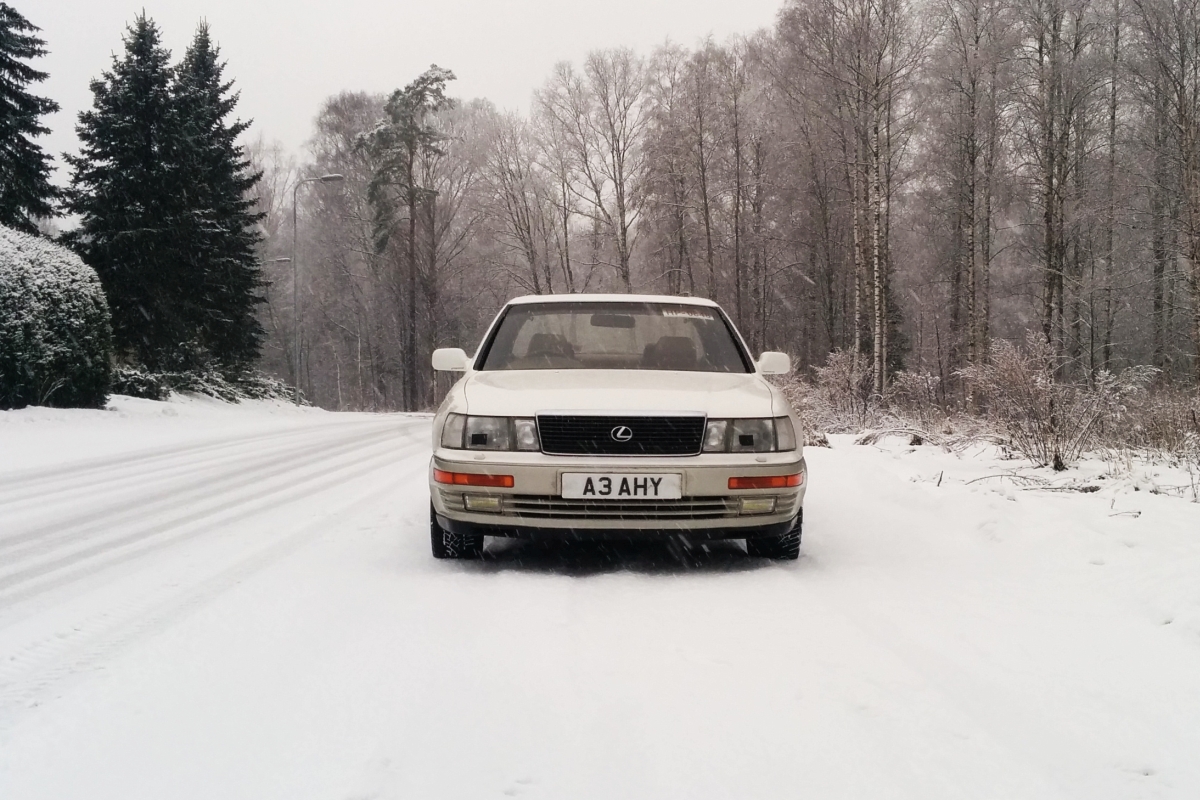 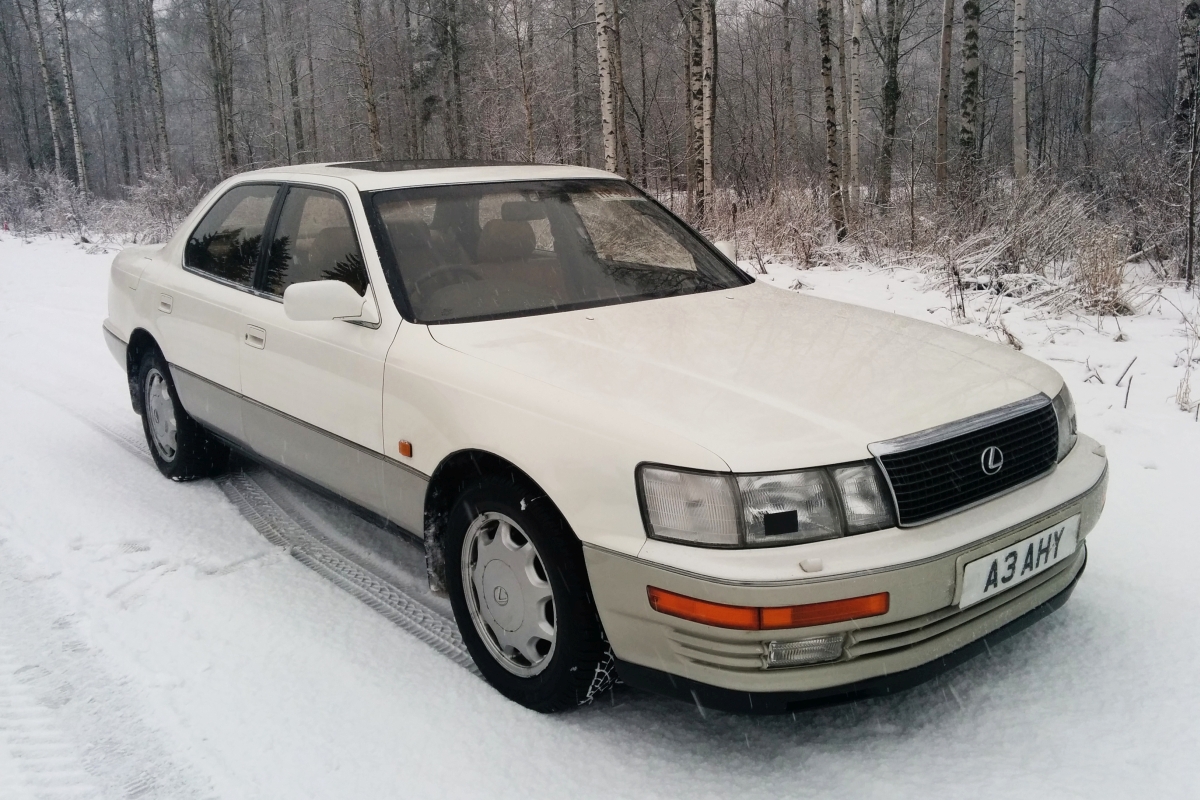 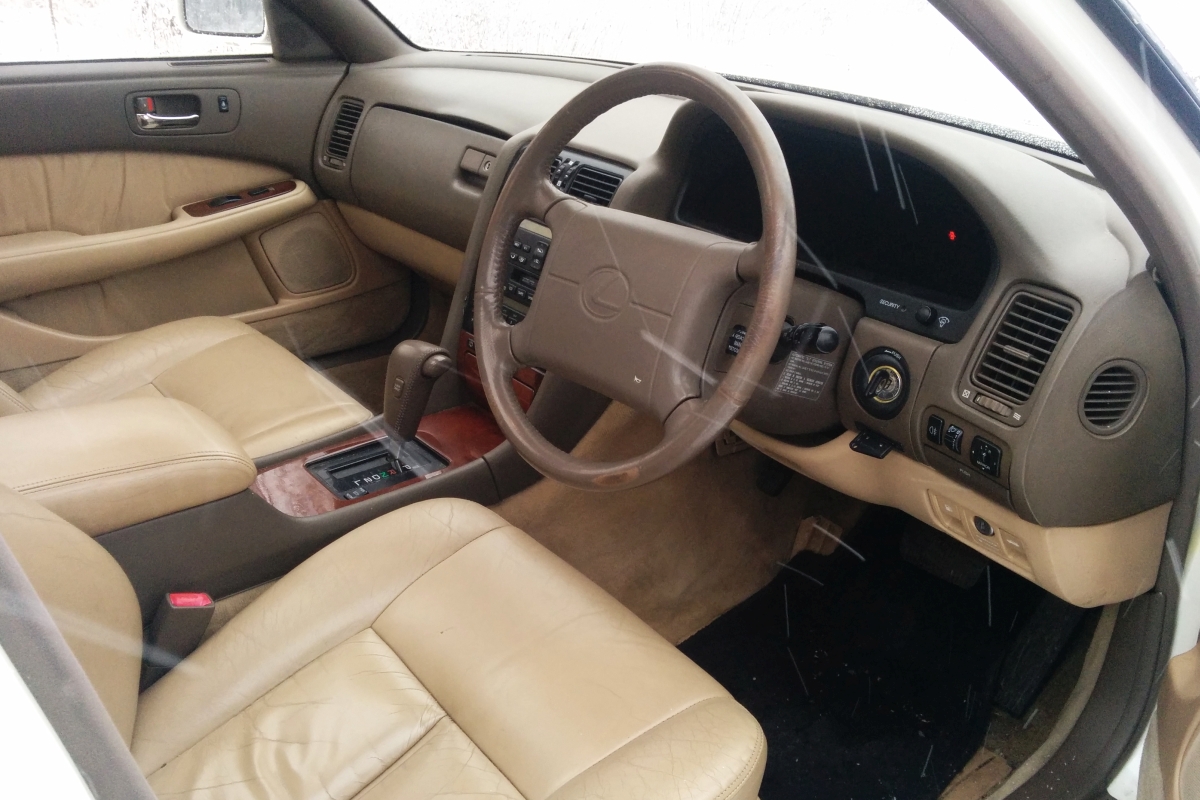 Cosmetically, it could use a lot of work, but nothing that requires painting. The chassis is ok too, the galvanized body seems to withstand even the British weather. The interior is mostly fine as well, with a couple superficial flaws. 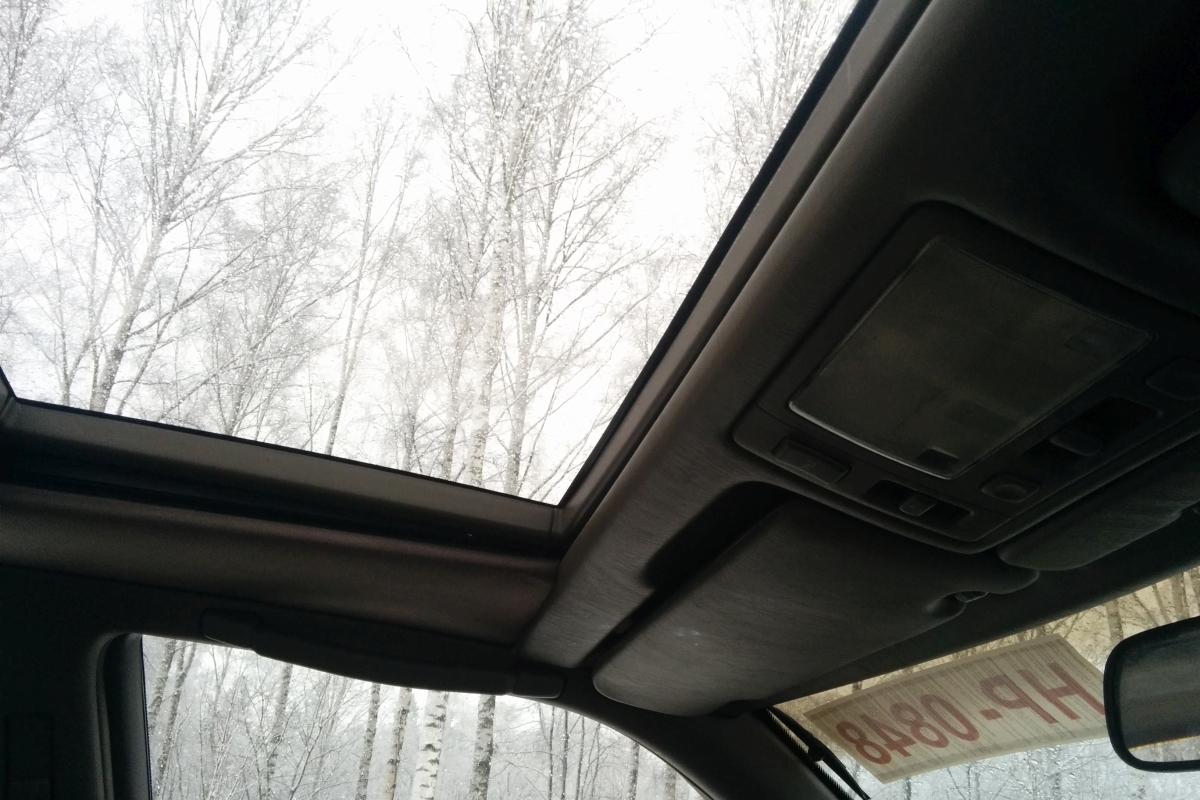 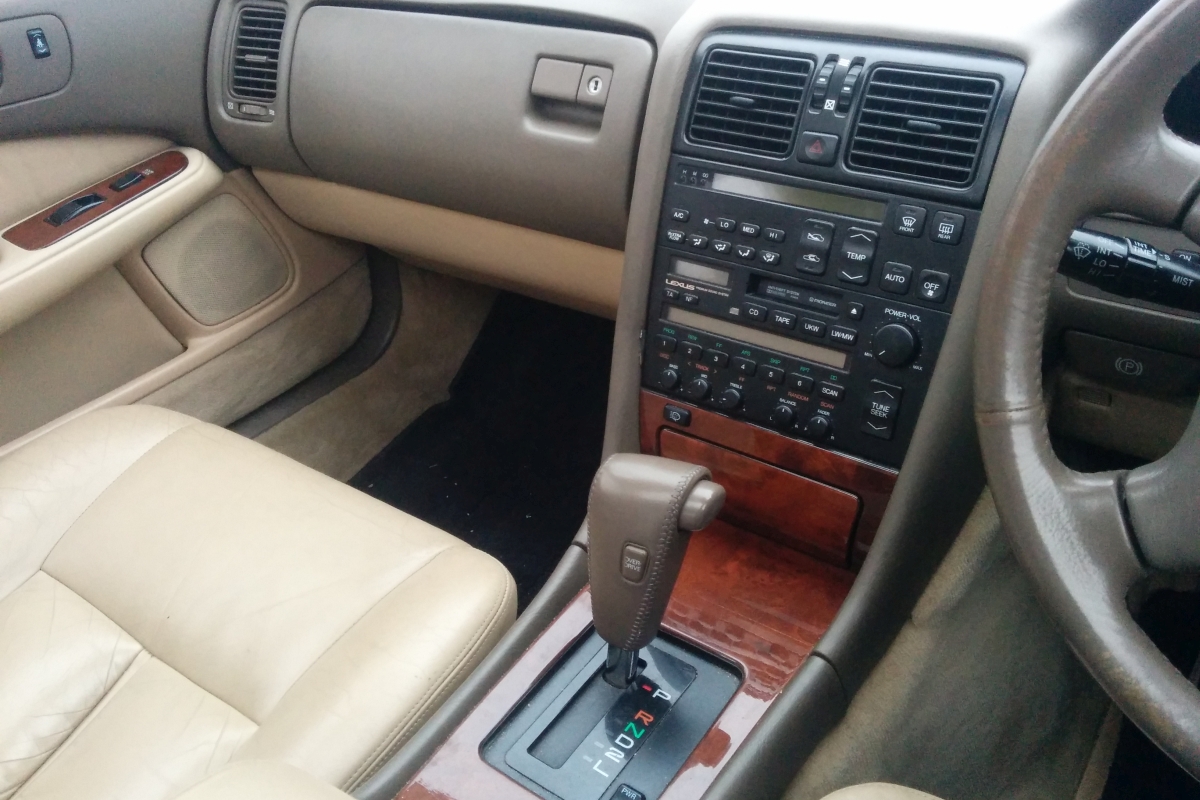 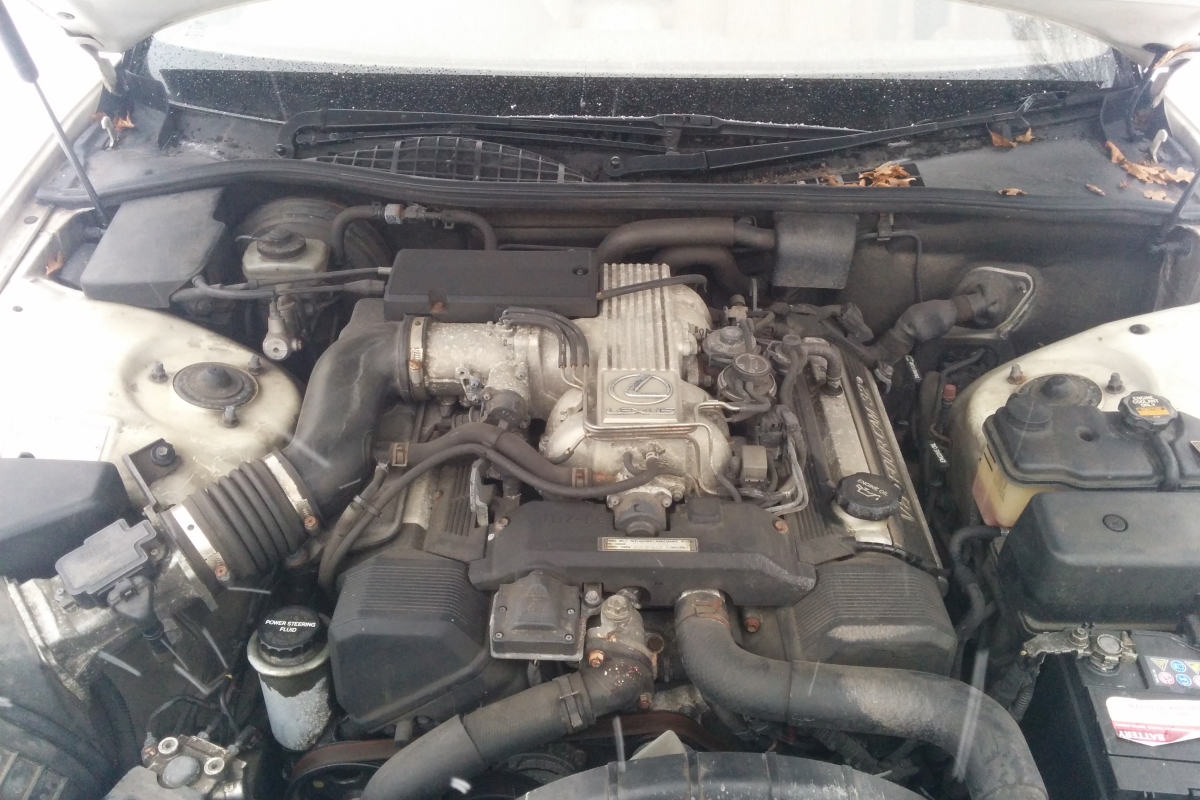 Got a cool glass sunroof, which appears to have started leaking about 15 minutes after me and the sellers parted ways

. Also the HVAC LCD screen is broken, which apparently can be expensive to fix. The ebay is full of $20-50 replacement screens from china, so I already ordered one

Thankfully the suspension is conventional The exhaust is basically open in the middle, so the sound is... interesting. It will need welding before I can register the car in Finnish plates.

And of course, the cool gauge cluster ?
(excuse the Nexus 5 sound)

Now I have 4 vehicles in my posession (one of them shared), and none are left hand drive :lol: Comparison to Daimler is impossible to avoid. The cars were originally bought the same purpose, the price was exactly the same, both have 4 litre engines, same weight and power. The Daimler has fewer cylinders, but more torque. And yet the cars feel very different. Briefly, the LS feels a lot heavier, it's a proper tank. The controls are meatier and the car feels big, whereas Daimler hides its weight very well, shrinks up as you go faster. Performance figures are pretty much identical for both, Lexus maybe feels a bit faster. That could be due to the feeling of accelerating a medium sized house, accompanied by an unmuffled growl of the V8. Not that the Daimler is very quiet with its lack of rear silencers But it's hard to say now, I can't wait to compare them head to head on summer tyres. I would say the Lexus is more comfortable, certainly when traveling in the back. It's also quite soft, and has a lot of body roll, which made it feel weird throwing around the track. LS feels solid and thought out, but the Daimler feels far more special for a driver. It is no contest regarding which one I prefer. But then, the Daimler is also a lot more expensive on practice. It needs welding, it needs new body panels and needs painting. As a ?1000 roatrip car it was great, but long term it will be easily a 5000 eur purchase. The Lexus is ready to serve as it is, and it's a whole lot of car for the money.

It is an imposing car and looks somehow more impressive live than in any photos I've seen. I love the thorough Japaneseness of it all and how everything is a shade of brown, even the supposedly white pearlescent paint :lol: It is far from boring, especially with the police cruiser V8 sounds it has now, but by building what they believed to be the best car in the world Toyota might have erased all fascinating flaws from it. I think it's awesome both the Daimler and the Lexus ended up in Finland.

Gratz for the car, the front seat was comfortable in icetrack.
<MXM> ZeDestructor, there is no trying to Galantti. You either Galantti or not Galantti.
Motives Of transport:
VW id3

I was referring to this:


MXM said:
Now I have 4 vehicles in my posession (one of them shared), and none are left hand drive
Click to expand...

A couple shots from the track: 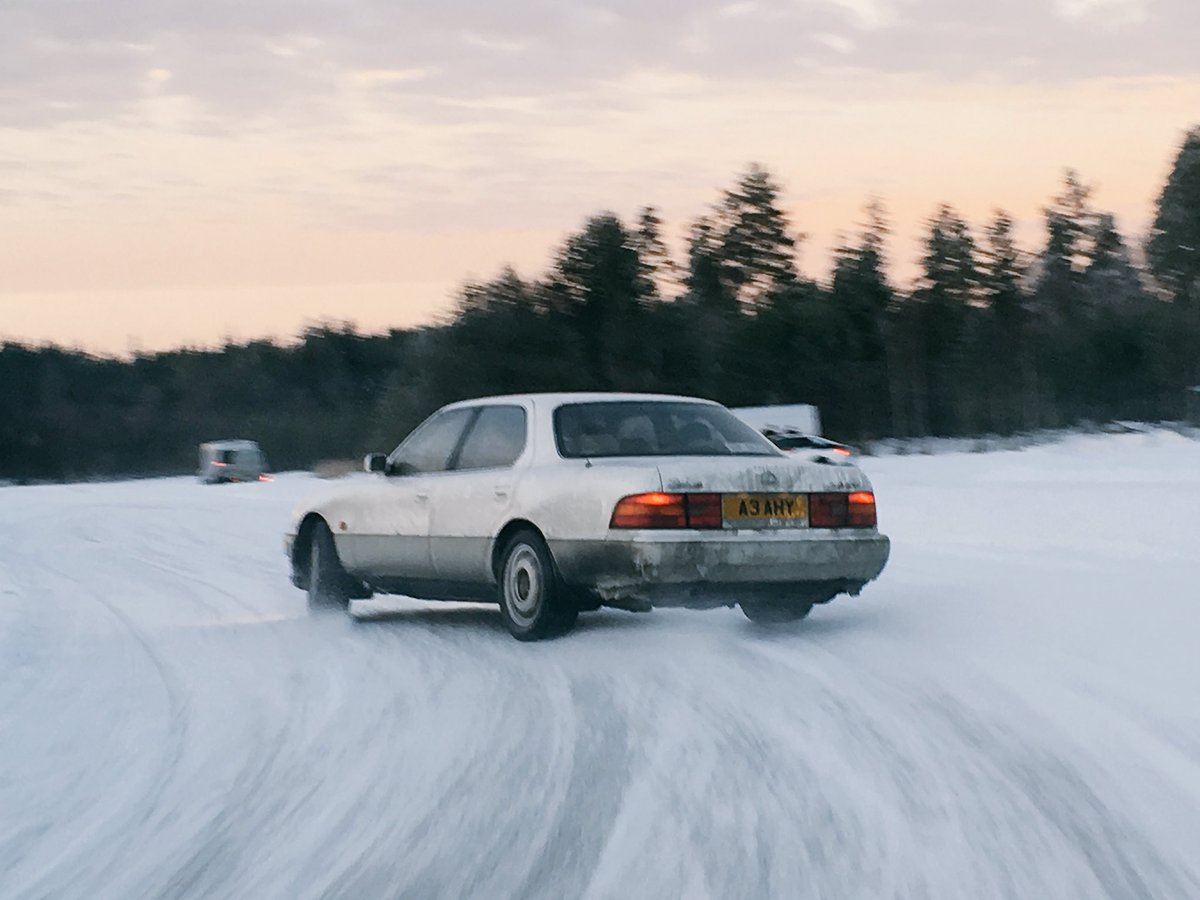 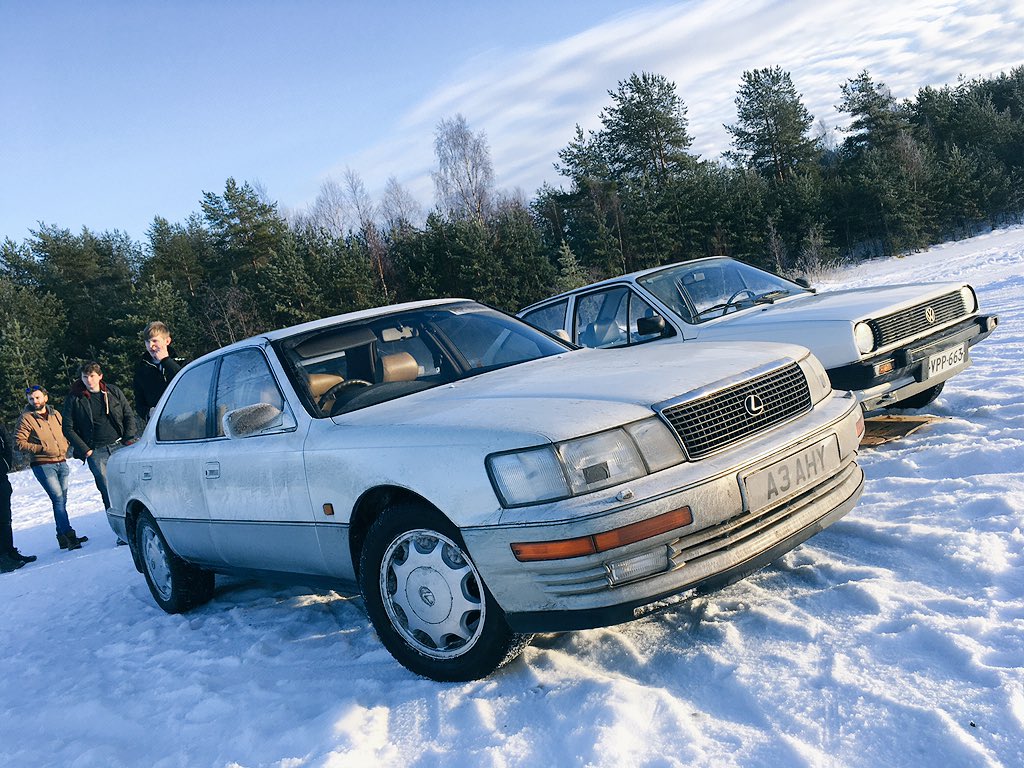 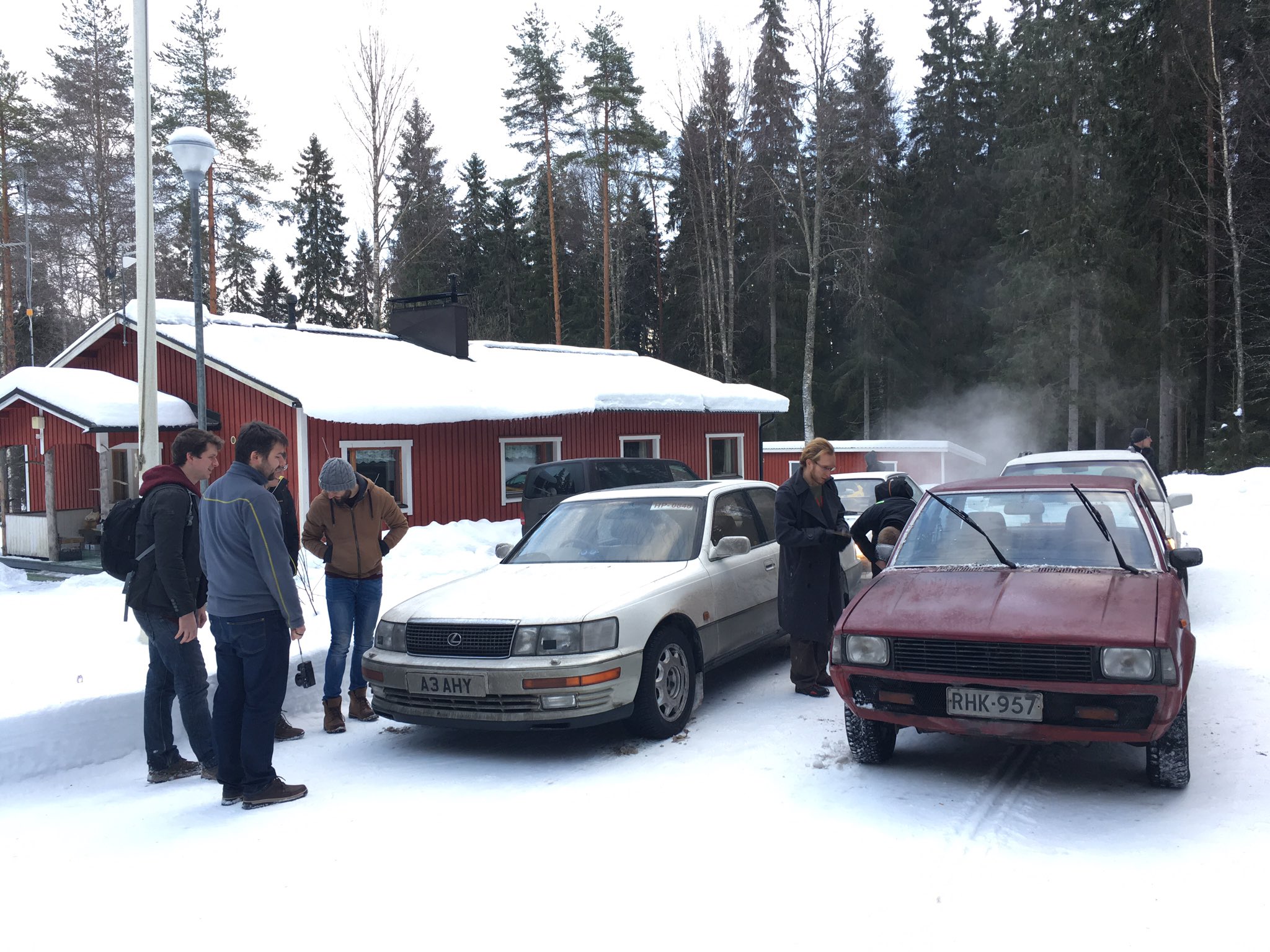 nicjasno said:
I was referring to this:
Click to expand...

He did say vehicles, not cars.

Kinda OT, but I think he lurks here since I posted that Lexus here when it was on Craigslist.
Where are we going and why are we in a handbasket?

Congrats on the new ride!

May I enquire as to what the black tape is on the headlights?
"Well, that's fine. You waste your money on a Mustang or a Ferrari. The fact is that if you want a sports car, the MX-5 is perfect. Nothing on the road will give you better value. Nothing will give you so much fun. The only reason I'm giving it five stars is because I can't give it 14."
--Jeremy Clarkson on the NC MX-5

WDWBen said:
May I enquire as to what the black tape is on the headlights?
Click to expand...

Ah, thanks. I had a feeling it was something like that. But I figured I'd just ask.
"Well, that's fine. You waste your money on a Mustang or a Ferrari. The fact is that if you want a sports car, the MX-5 is perfect. Nothing on the road will give you better value. Nothing will give you so much fun. The only reason I'm giving it five stars is because I can't give it 14."
--Jeremy Clarkson on the NC MX-5

Toyotas are not usually praised for great styling, but I like how this Lexus shares its styling cues with most other Toyotas of its age. I think the back and front styling has many similarities with Corolla and Carina at least.

I do love these things, especially when they make a sound like that. Would've probably bought this myself if I was in a position to. Looks like it handled the snow and ice well.

Came for this, leaving satisfied.
"The way I see it a car enthusiast is somebody who is enthusiastic and interested about the motor car in all its various shapes and forms from supercars to East German 2-strokes made of cardboard. Everyone else is merely a car elitist IMO." ~ Captain 70's

villej said:
Toyotas are not usually praised for great styling, but I like how this Lexus shares its styling cues with most other Toyotas of its age. I think the back and front styling has many similarities with Corolla and Carina at least.
Click to expand...

Apparently the 1992 generation of Corolla was purposefully styled to have a vague resemblance to the LS400. I guess it's sort of there: