When I bought the Focus back in 2009, the plan was always to keep it around 6 years, maybe a bit longer. And after just over six years of ownership, a new car was about to become available that I very much wanted. Fast forward half a year, and I've done some test drives in it after it had hit the market. Fast forward another few month, and my new car is delivered.

For those of you who haven't already guessed: Yes, it is a Miata. I've not started an advice thread for the choice of replacement for the Focus because the result would have been clear anyway. And I figured that I really do not need a car with serious transport capacity. So what the hell.

Well, now this is my new car:
Mazda MX-5 G-160 Exclusive Line, meaning:
No, it doesn't have fancy stop-start system, Brembo brakes or Recaro seats. After the test drives, I deemed the "normal" version good enough and the "Sports Line" (some decidedly non-sporty electronic gizmos plus the stop-start system, BOSE sound system) or even the then-optional "Sports Package" (Recaros plus even more gizmos) not worth the additional cost. 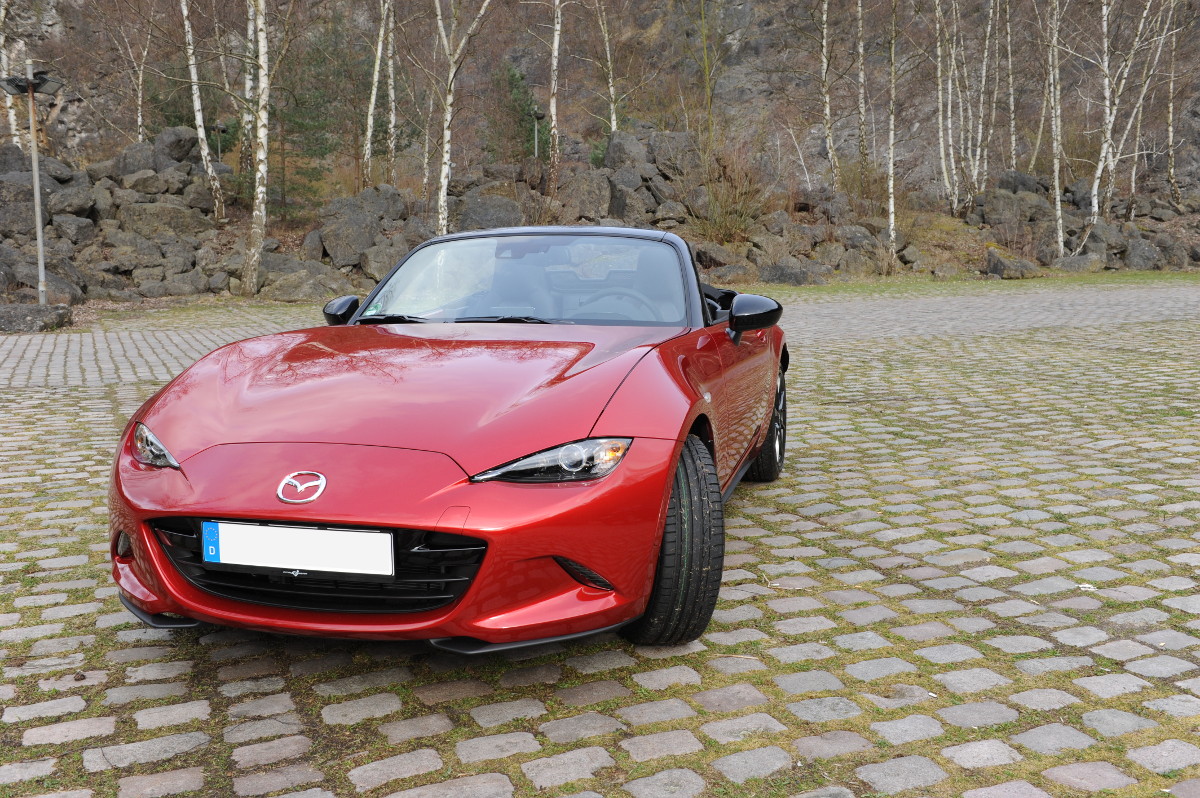 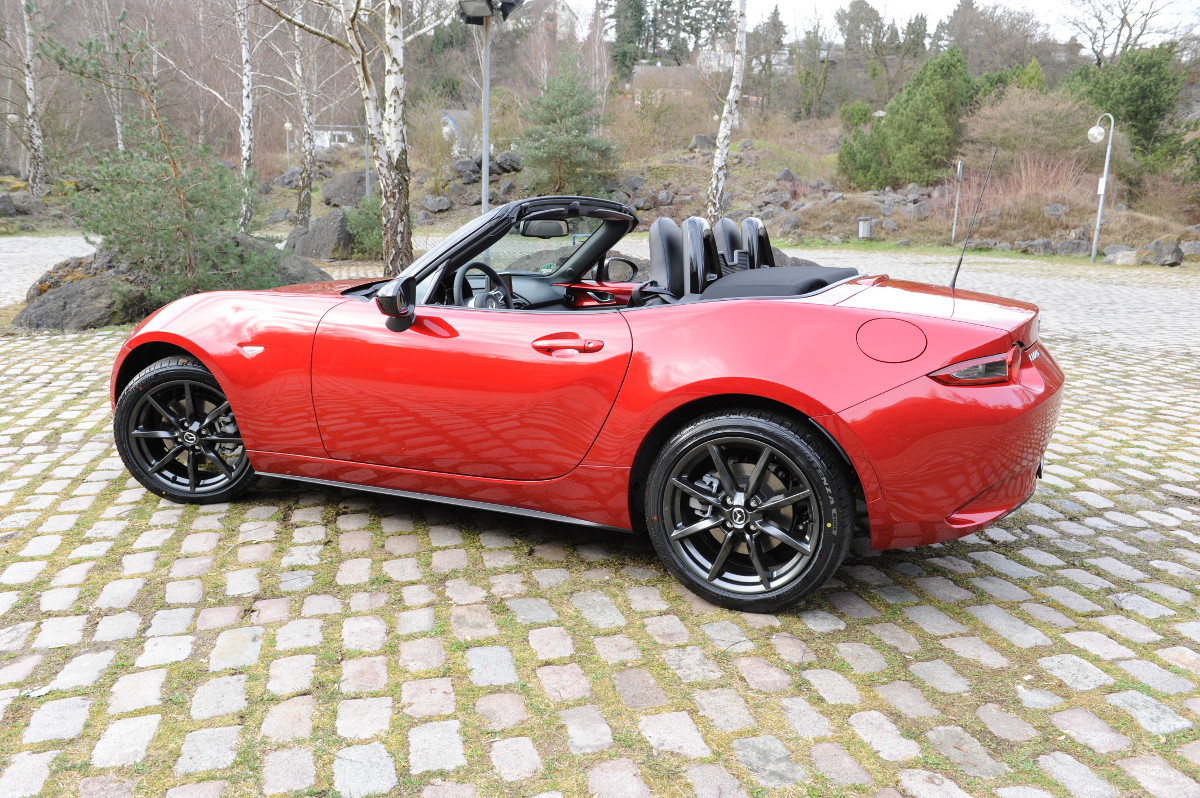 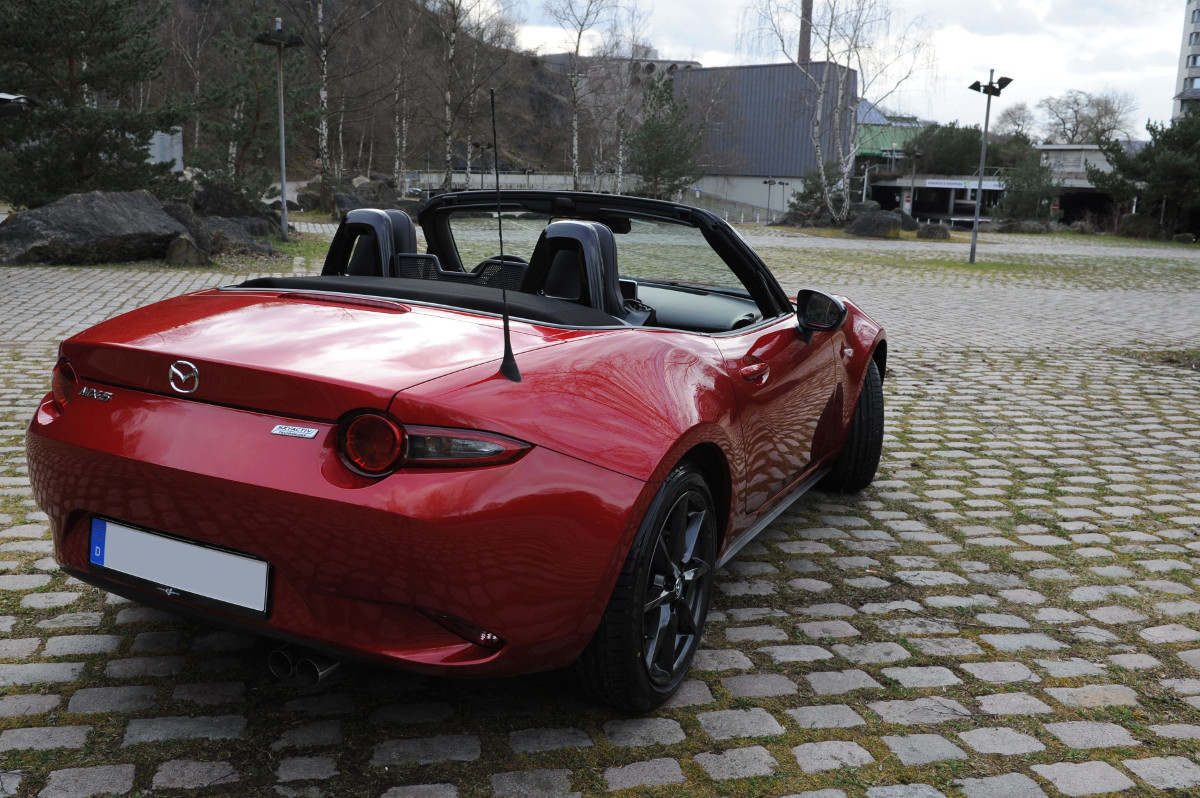 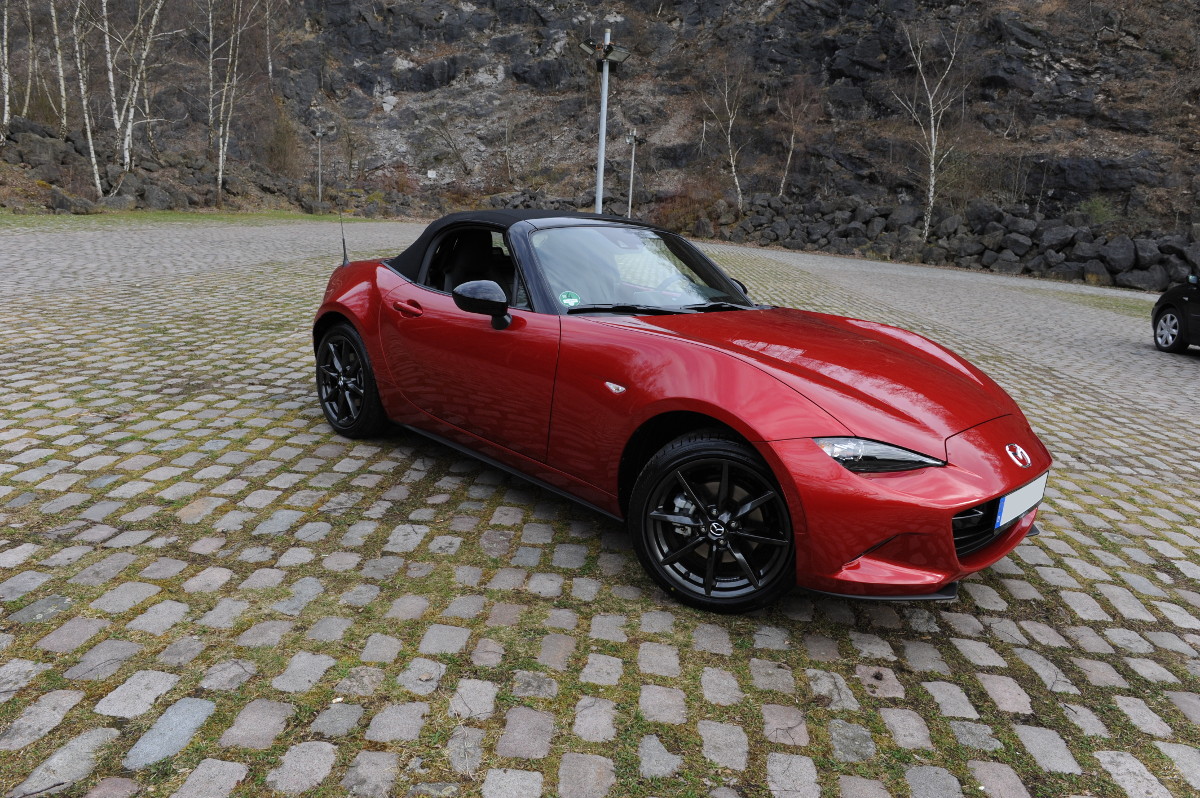 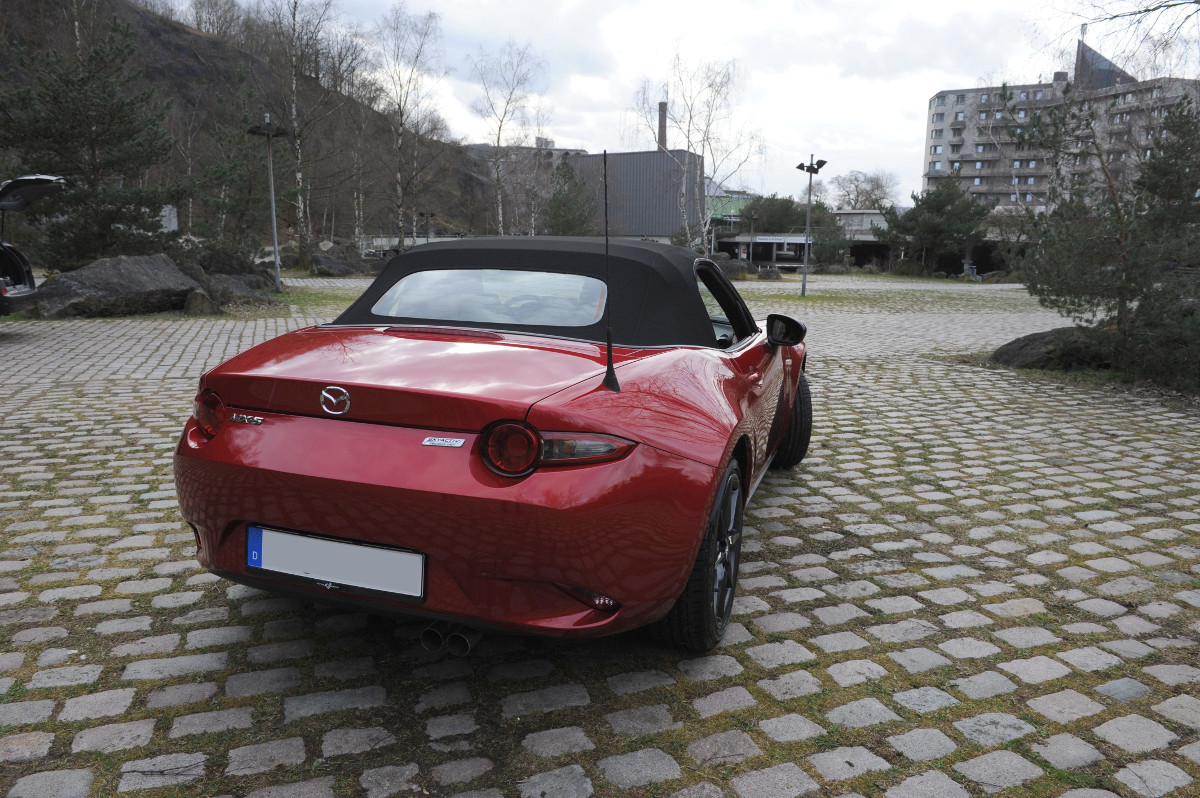 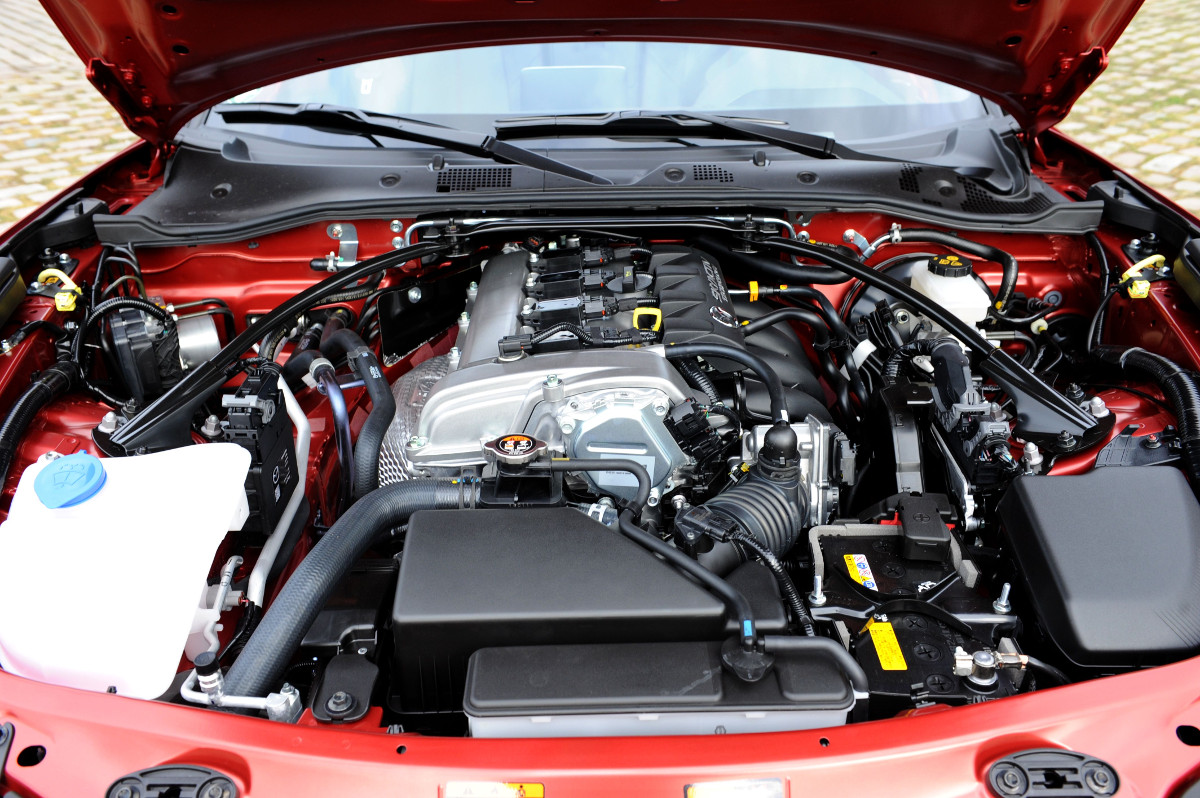 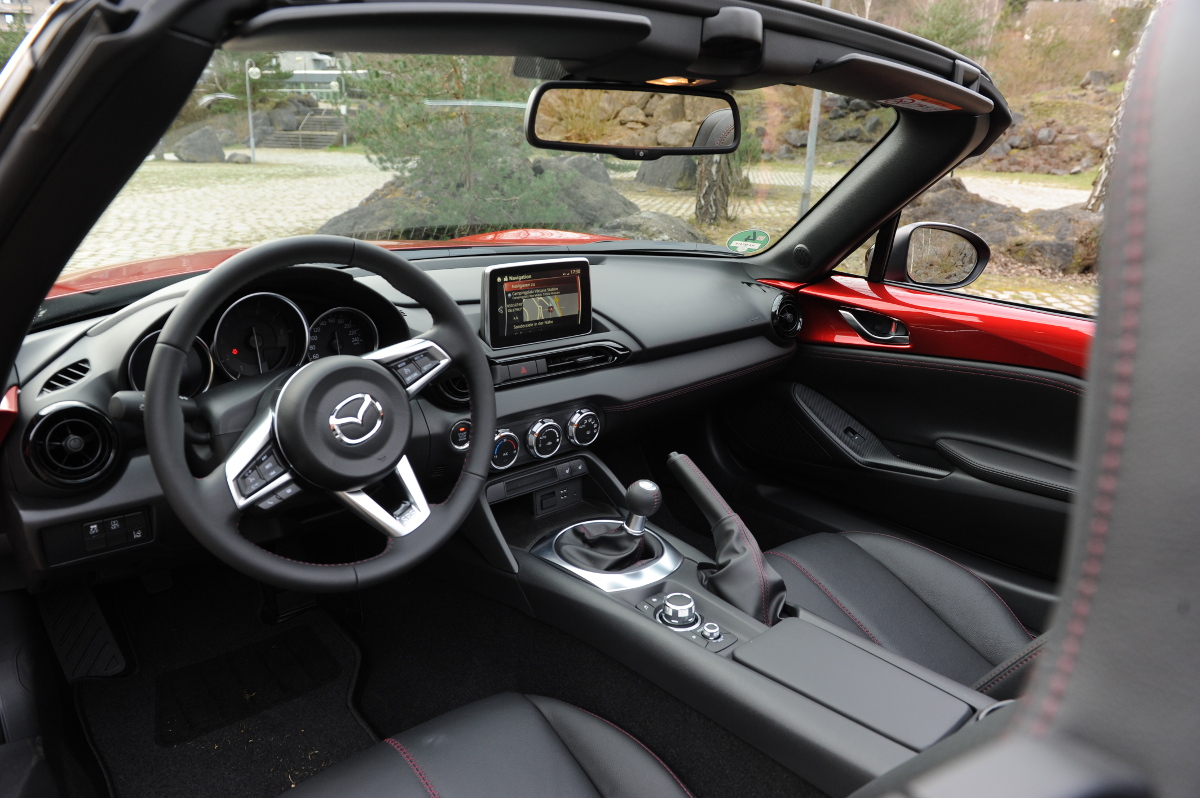 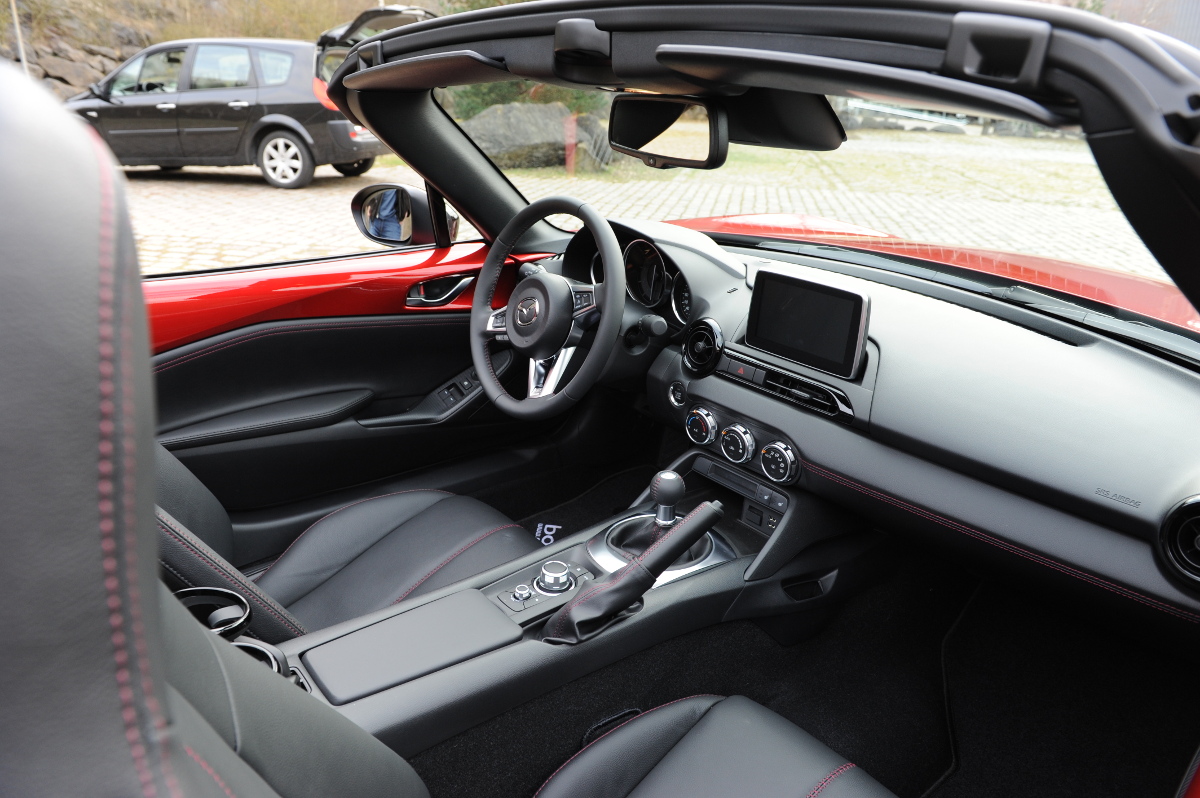 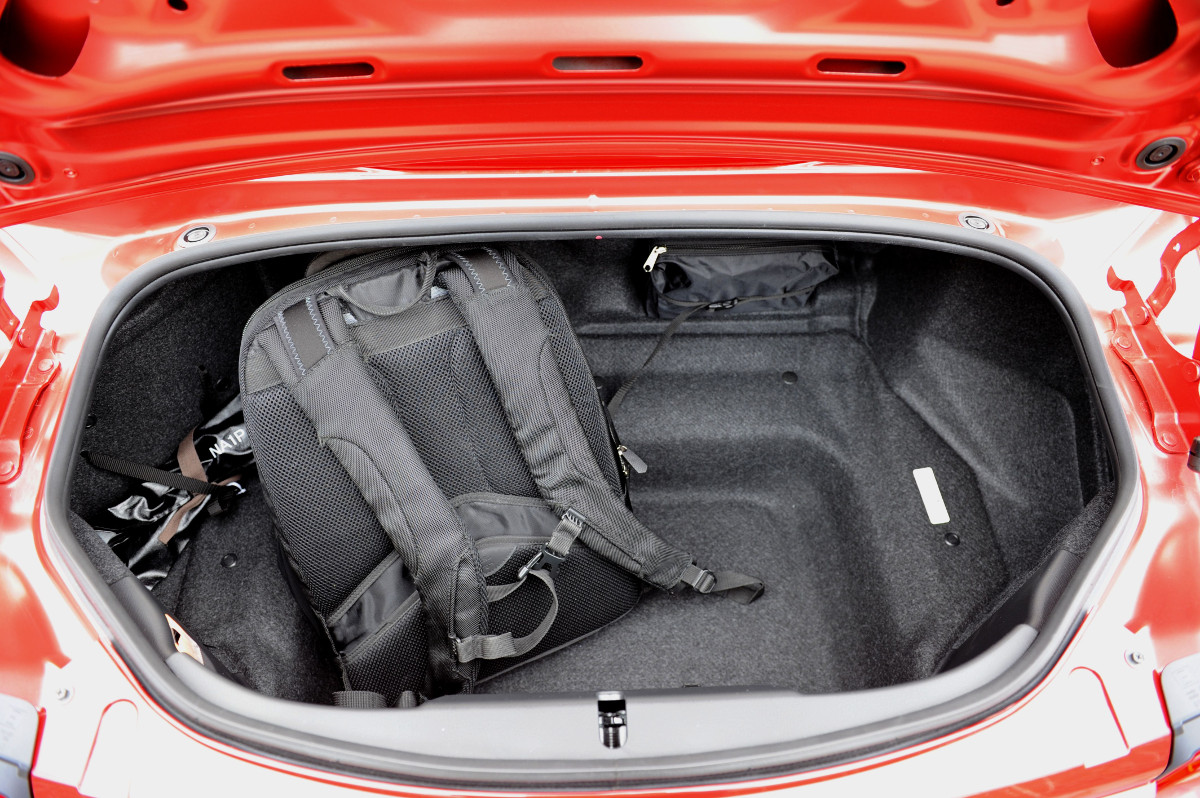 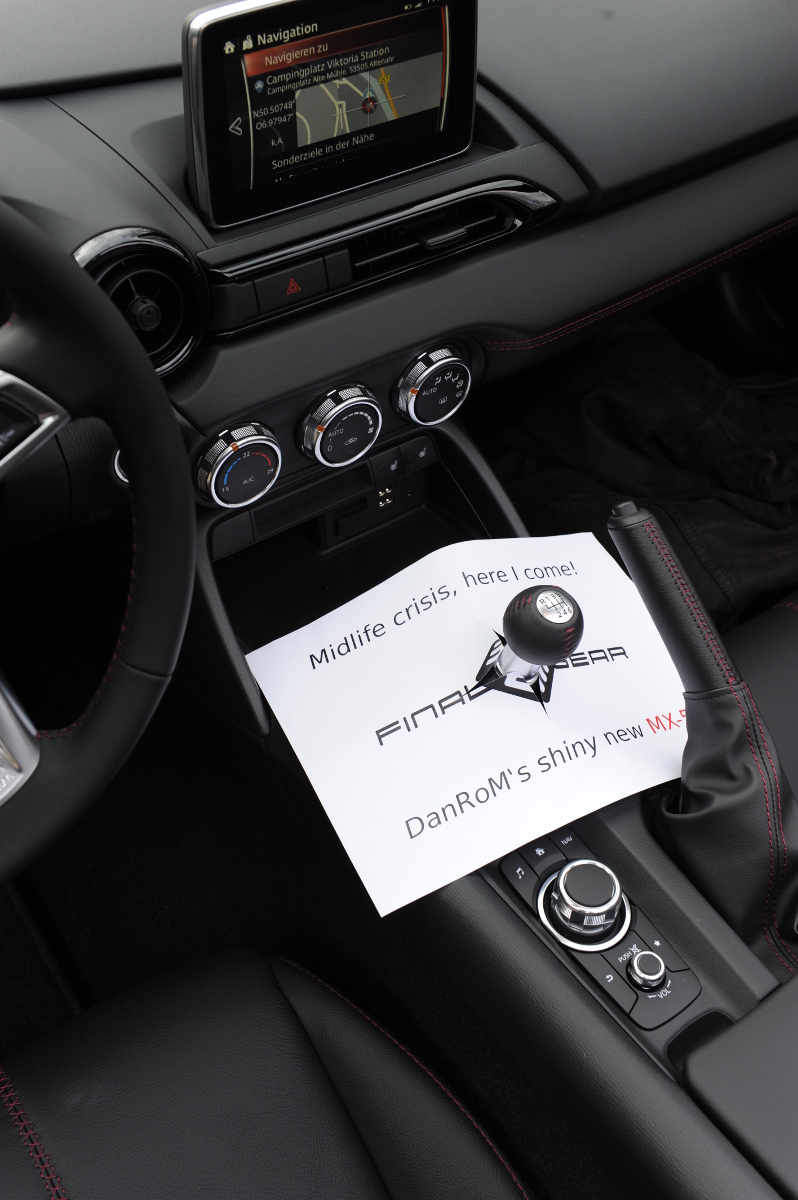 By the way, the Sc?nic in the background is my father's. That'll be my backup for when I need some luggage space...

That is nice. Big contrast to the focus

I don't know why you told people not to guess around wildly, while it was blatantly obvious..

Anyway, I am rather sure you will have fun, so enjoy!

Awesome! Glad to see you pulled the trigger!

YES! Gorgeous little car. I'd say I'm jealous but I drove my NB to work for the first time this season and can't stop smiling - I'm sure the ND will be similar Enjoy!

Don't like the dark rims but other than that a splendid choice. Should suit your chosen lifestyle to a T.


(I really wanna say GIMME THE KEYS, but I am trying to be a bit more realistic. :lol


Also, congrats for being the first one on the forums.

It's a very reasonable choice, and I mean it in the most positive way!

Makes up for me not getting one for now too
Click to expand...

While I love that colour it does seem to be the default shade for the ND. I've probably seen a dozen or so on the road since launch and most of them seem to be in that colour as was the one Hammond drove on TG. Saying that though other than the gunmetal grey on the new targa version I can't imagine it in any other shade right now.

And Dan, it's not a criticism, merely an observation.

Jet black looks great on these, IMO. Of course, that is unwashable so it doesn't get all spiderwebby.


nicjasno said:
Big contrast to the focus
Click to expand...

That's about the only thing big on this...


LeVeL said:
I drove my NB to work for the first time this season and can't stop smiling - I'm sure the ND will be similar
Click to expand...

Thanks, I sure hope so. So far I've only driven less than 50 km due to time constraints.


MWF said:
Don't like the dark rims but other than that a splendid choice.
Click to expand...

MWF said:
While I love that colour it does seem to be the default shade for the ND.
Click to expand...

Well, this red is the default that Mazda uses for advertisting and presentation purposes. Practically all MX-5s of the first batch that rolled to the dealers were this colour.

Also regarding the colour choices: Black doesn't really work on the car as it hides too much of the features the designers put into the body, in stark contrast to the red, which brings them out fully. So I went for that.

Well.... I have the feeling that not going for the Sports Line will bite me in the ass when it comes to selling the car (whenever that may be). Most people go for the full package.

Makes up for me not getting one for now too
Click to expand...

Redliner said:
please tell me you're taking it to Ringmeet.
And around the Ring, obviously.
Click to expand...

How dare you question that.

Congratulations! And have a Top Tip: Travel light! Haha! :lol:

DanRoM said:
Well.... I have the feeling that not going for the Sports Line will bite me in the ass when it comes to selling the car (whenever that may be). Most people go for the full package.
Click to expand...

I doubt that - Exclusive has enough to not be a deal-breaker, I expect the gap to Sports to narrow with age.

Well, the next three years will be filled with a company car if all goes according to plan... if you're selling in August 2019 though

Gratz on the car!

why does this pic look like car is showing some teeth?

We all knew it was a matter of time before a FG member bought one of these. Congratulations!

The most important question is, will it donut?