^Hopefully the PS4 will be powerful enough to render reflections in the mirrors correctly.

Yeah, there was a car behind this one, but they didn't show up in either mirror :lol:
"And this is the car that Jeremy has chosen...because he's an idiot." - James May

Some of my old Photos i haven't posted yet

Yo i heard you like Downforce, so put a Spoiler on your Spoiler

I rather loose by an Mile, by building my own Car instead of winning by an inch and someone else build it for me. Your Car is Your Story, so don't let someone else write the Book ,- Moog

Wow, no posts in here since July! Here's a couple of pics then.

Nothing special but just something to keep this thread alive.
Last edited: Oct 2, 2012
http://desmond.imageshack.**/Himg28/scaled.php?server=28&filename=dbbanner1005.jpg&res=medium

So... I finally got a used PS3 and a great deal on a new 40" flat-screen from a couple different motorcycle buddies who needed the money. I don't have a controller and the G25 doesn't have hat switches, so all the photos are from default camera points.

My first high-end car. I thought I would go the full 70's route by choosing Gold Poly. Looks great, I think. All I've done is add the fully adjustable suspension and various tires. The suspension mod lets me set the camber and stiffness as I would on a real-life mid-engined car. Not a handful anymore. Better braking in curves, and comes out of a turn like a shot.

I bought this Megane to compete in the European hot hatch series, but didn't change into the car. Imagine my surprise when the 512BB was allowed to run. So I kept it and painted in a metallic yellow to match the R26 we have at work.

When I had some spare credits, I couldn't resist buying this Bus and slamming it. I'll make it fast(er) later.

Won a lot of races with this Challenger. Running about 580-ish horsepower, I think.

Won this Veyron, and this was the ho-hum color scheme:

At the same time, I hit 60 cars in my garage, so I won a Gold Chrome paint chip. Well, you know where this is going. When the car first rolled out of the "paint booth", I thought "What have I done?!?" But when I saw it on the track, it was brilliant.

To me, it makes perfect sense. If you're going to have an outlandish car like a Veyron, why have it in a subdued color? So I went the "Saudi Prince" route and have a Veyron that stands out in a field of Veyrons. Literally.

Anyway, this is my current favorite. Between this and a stock Delta, I've been winning all of the first two series of rally challenges in the Special Stages section. This one is fully lightened, stiffened, and sounds downright nasty.

I've also hopped up my '74 Countach and painted it Jet Black. I'll have to post photos of it soon.

_HighVoltage_ said:
Yes, please post a picture of the Countach (is it possible to add a rear wing on it?)
Click to expand...

Yes, it is possible. I've done it here to demonstrate. It was very nice of the AI driver to pose alongside for this picture.

Of the three wings available, this is the middle choice. I think it looks the best, and I've decided to keep it.

Love this new track. Very technical and the elevation changes are fun.

Found this Diablo in the used car section. The graphics aren't great, it doesn't handle all that well, and it's over 734,000 credits. The punch line is if you get buyer's remorse, you can't sell it.

Drove over 2,000 miles, so I won this car which I then used to win the Japan GT series.

Hopped up my Gallardo so my slow-ass B-spec driver could win the 25th Anniversary Countach... with a LOT of prodding from me. "Pace up! PACE UP YOU SLOWPOKE! PASS HIM NOW! NOW!!!" :lol:

I used the Gallardo to win the 300-mile Grand Valley endurance race. To celebrate, I bought myself this Subie.

All I've done so far is change the oil and add the Prodrive wheels. Haven't even driven it yet.

I had to look it up, as I did not know what the "Walter Wolf wing" was. In any case, you're right that the aftermarket wings look like aftermarket wings. Perhaps you should tell the Polyphony folks to sort it out for GT6...?

Well, since this thread's resurrection has pretty much coincided with me starting playing GT5 again I thought I might as well post some of my recent pics.


I tried playing around with some simple filters afterwards with these ones.

Gingertom said:
I tried playing around with some simple filters afterwards with these ones.

Cool shot! Which filter is this?

Censport said:
Cool shot! Which filter is this?
Click to expand...

It's not a GT5 filter, I just added a tiny bit of 'film grain' and had a play around with the colours once I uploaded it onto the computer.
http://desmond.imageshack.**/Himg28/scaled.php?server=28&filename=dbbanner1005.jpg&res=medium

Gingertom said:
It's not a GT5 filter, I just added a tiny bit of 'film grain' and had a play around with the colours once I uploaded it onto the computer.
Click to expand...

Finished modifying my MX-5, then decided to paint it Montego Blue Mica, to match the '94 M Edition I used to race. God, I miss that car...

Then I bought the fully adjustable suspension for my Subie and got the stance right. Now I just need to get the camber, springs and sway bars sorted. Has a lot of initial understeer.

Then I bought a Renault Clio V6, in the same color as the one we have at work.

Ours is right-hand-drive though. I think we got it from Ireland.

And since my B-Spec drivers can't win an F-40 even though I've supplied them with the baddest 458 Italia in virtual reality, I just bought one. And then did a one-make race through Rome, naturally.

Nice shots Gingertom! It's been a while since I posted here... Sorry if there's too many pictures in this post. 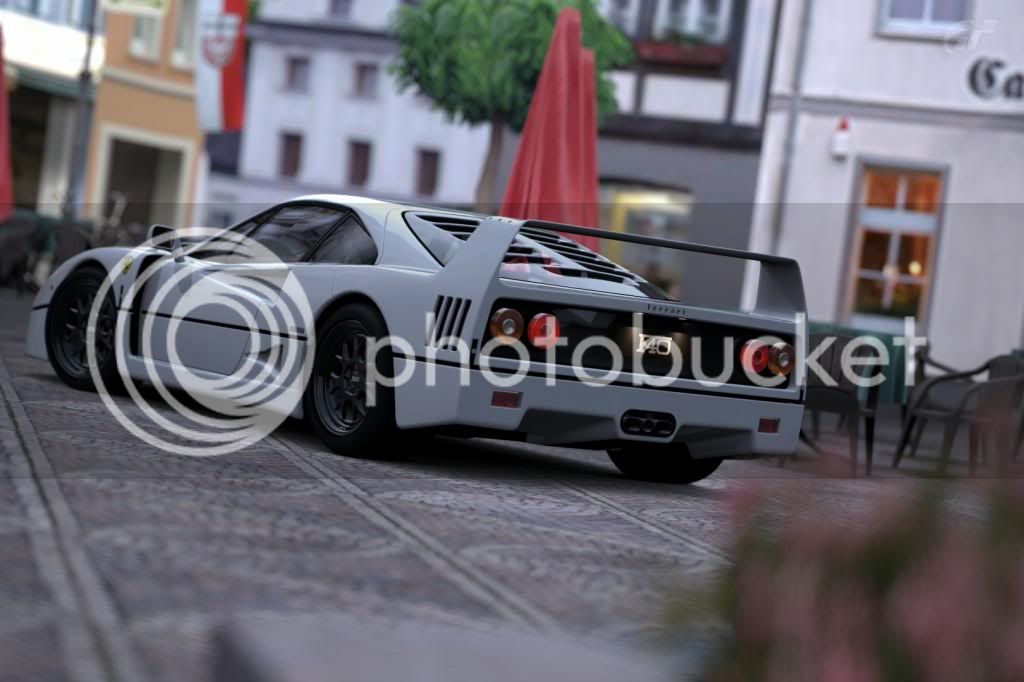 Car(s)
i had an Nissan Sunny once.

Dammit, i've told myself that I don't need this game in my life due to Forza 4. But after seen this pictures I think I need to get myself a PS3 and GT5.

tobbzzen said:
Dammit, I've told myself that I don't need this game in my life due to Forza 4. But after seen this pictures I think I need to get myself a PS3 and GT5.
Click to expand...

Don't bother, just wait for GT6. And PS4, or whatever they're calling it. Thujalvi said:
Don't bother, just wait for GT6. And PS4, or whatever they're calling it.
Click to expand...

Now you're assuming that GT6 will come out this decade.... You're quite the optimist, aren't you?
2018 Renault Clio Tce 90 Intens

Car(s)
i had an Nissan Sunny once.

Well to be honest, when the PS4 launches you would have to be a millionare to buy one. So to me it is still seems to be a good idea to buy a PS3.
You must log in or register to reply here.
Share:
Facebook Twitter Reddit WhatsApp Email Share Link
Top