GT-cars of Porsche's 992 generation are coming 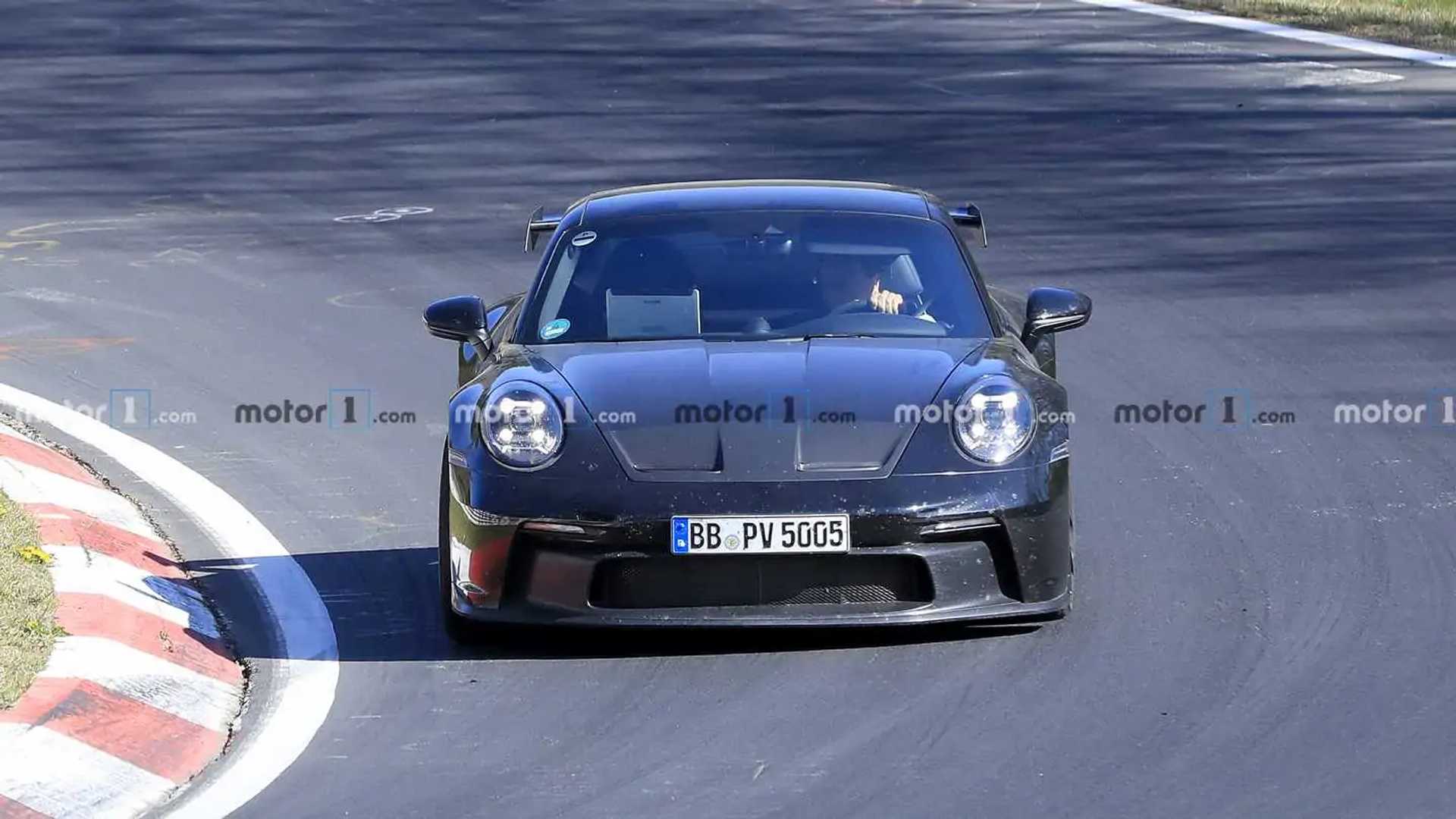 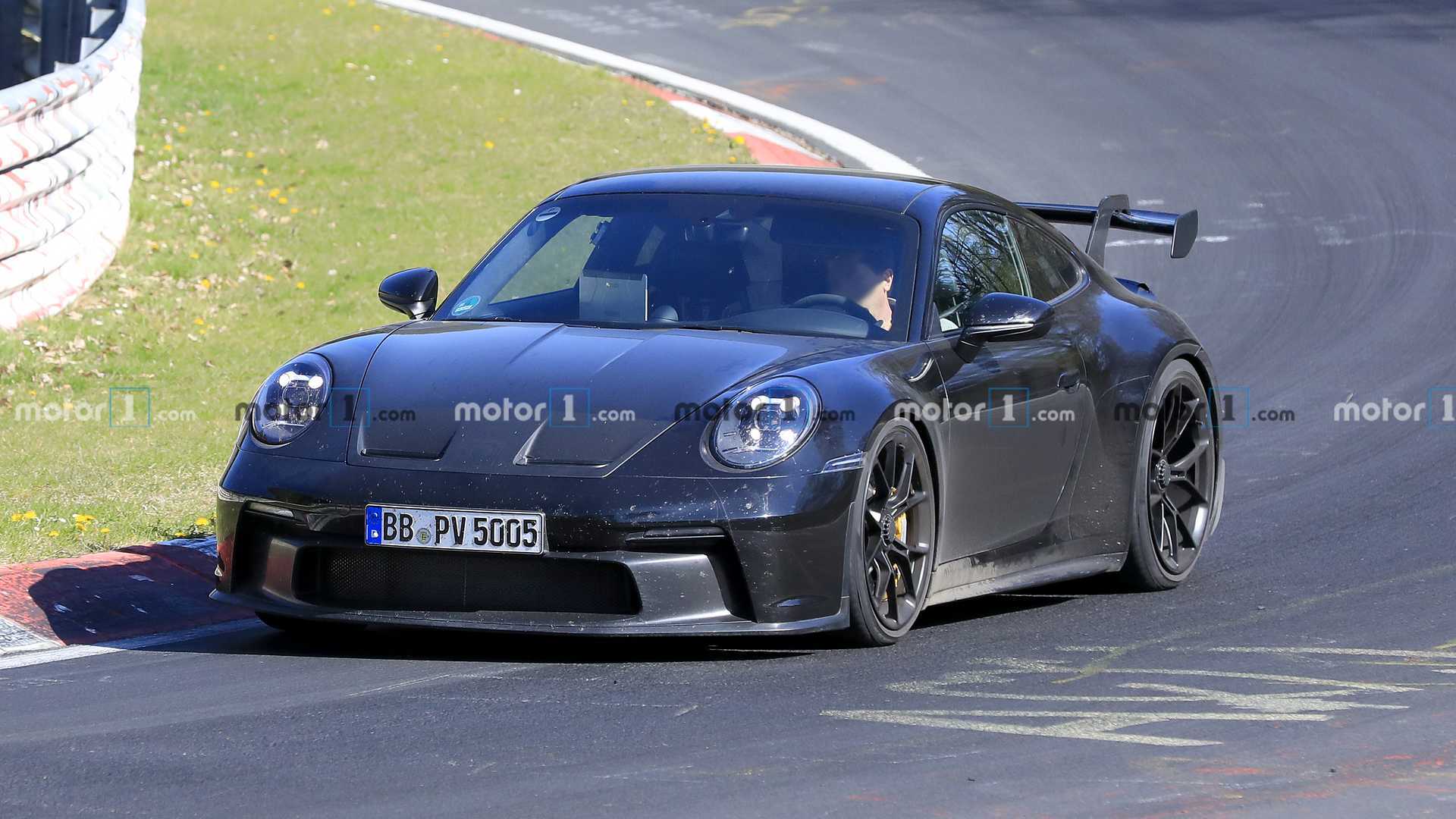 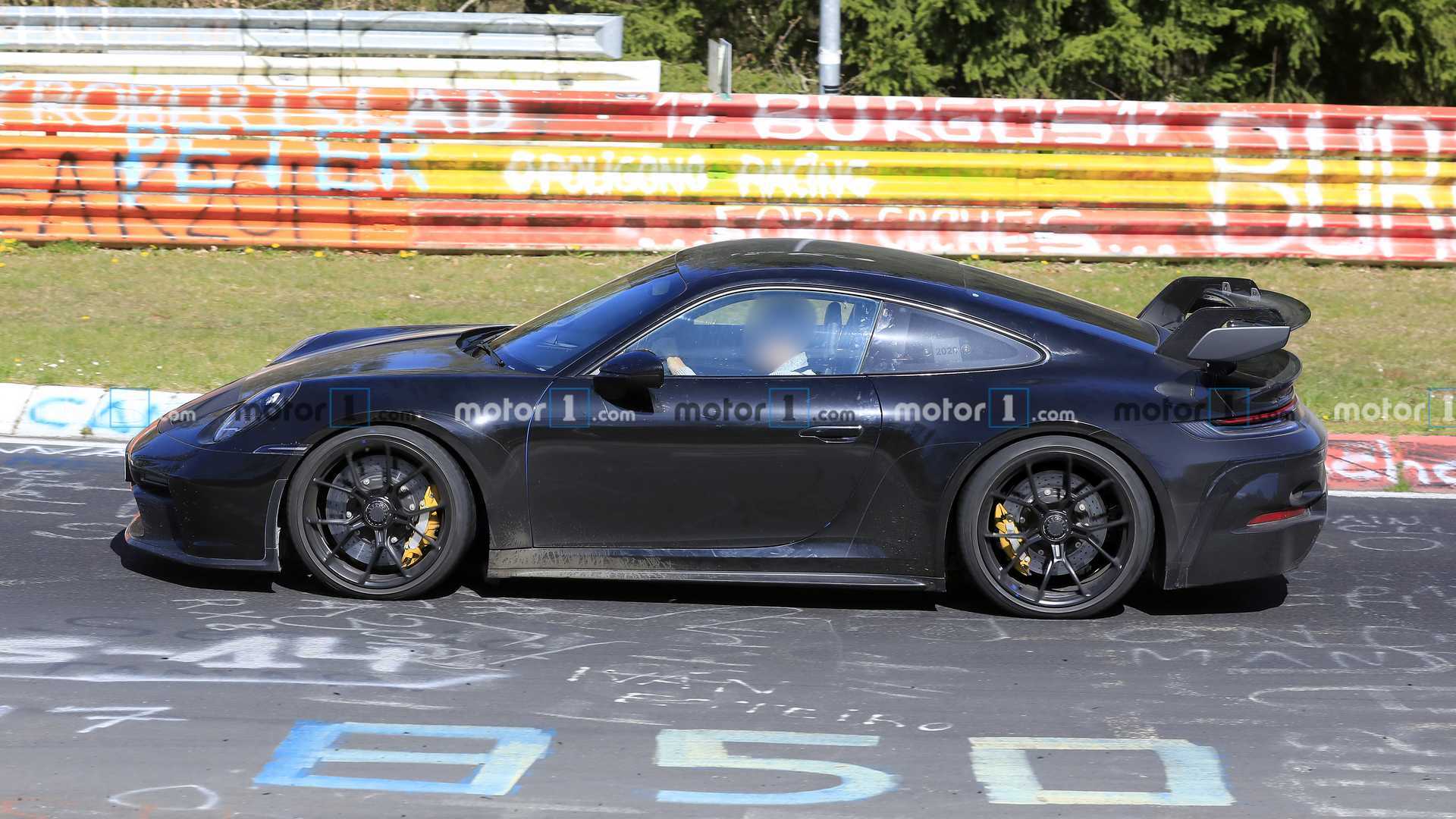 This car will retain it's predecessor's 4,0l NA flat six, but will be pushing the power output up to around 550 hp. With the introduction of this with the 991.2 GT3 Andreas Preuninger pointed out that they had made several modifications to the cylinder heads to allow the engine to reliably rev much higher than the 9000 rpm max of the 991 GT3s, so it will be interesting to see how far they are pushing it now.

As for the styling it looks very low and squat. The 911 is a very familiar shape, so I'm always surprised of just how low and squat it sits when i see a GT3 in real life. The new front end takes inspiration from the GT3 R, giving it a wider stance, while they have moved and redesigned the air outlet that used to be just in front of the bonnet shut line, it's now on the bonnet. It wears a new style of wheels with Y-shaped spokes, which are also inspired by the GT3 R's. The rear bumper still has some cladding on it and is obviously not the finished item. The rear end is also featuring a much more aggressive diffuser than previous GT3s.

Another big-ish change is the rear wing, which has adopted the "swan-neck" struts found in most GT racing cars today. I'm not sure those struts are the finished items, but they are looking much more elegant than the huge lumpy items seen on earlier test cars. Why they have done this I don't know, but there seems to be some aerodynamic advantages to keep the low pressure underside surface of the wing clean in stead of the top, however the main benefit seems to be that the air flow both over and under the wing is much cleaner when the mounting struts are moved forward and away from the wing surface. It may also permit the wing to be mounted further back. The exposed fasteners on the wing struts shows that the wing is fully adjustable.

For those who prefer something looking a little bit more civil, there will be a wingless Touring as well. I guess that the regular 992 GT3 will launch with a PDK, with the manual becoming available later with the launch of the Touring.

Edit: GT3 Touring has also been spotted with the same amount of camo on it.
Last edited: Apr 21, 2020

Both Henry Catchpole of Carfection and Chris Harris of Top Gear has had a look at the 992 GT3 with Andreas Preuninger, the latter even got a peek under the cover:

But before this, the upcoming GT3 RS was spotted, and it's fair to say that Porsche's GT-departement have been given much more freedom with the aero and chassis than before. It looks much closer to the racing spec GT3 R. 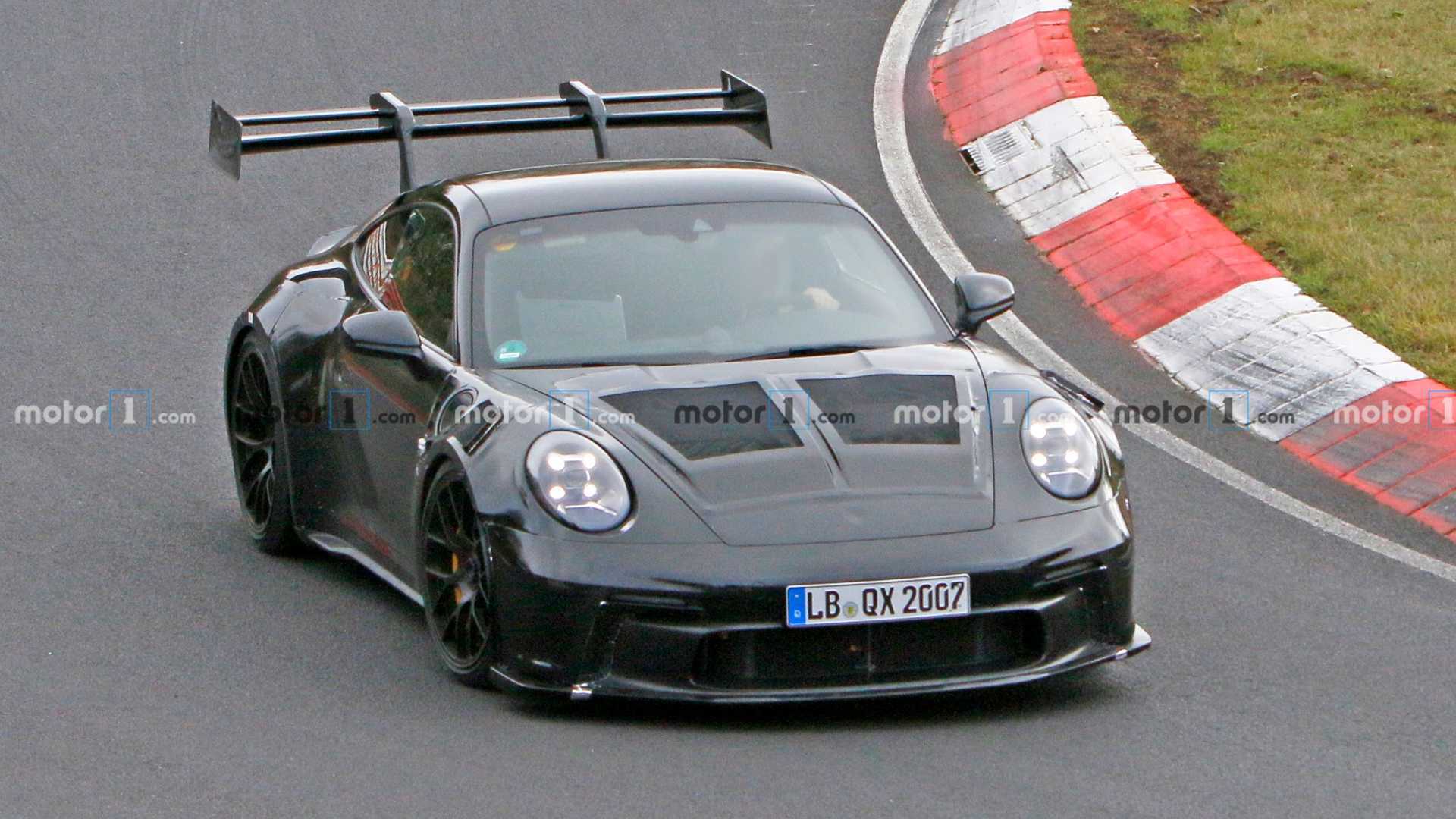 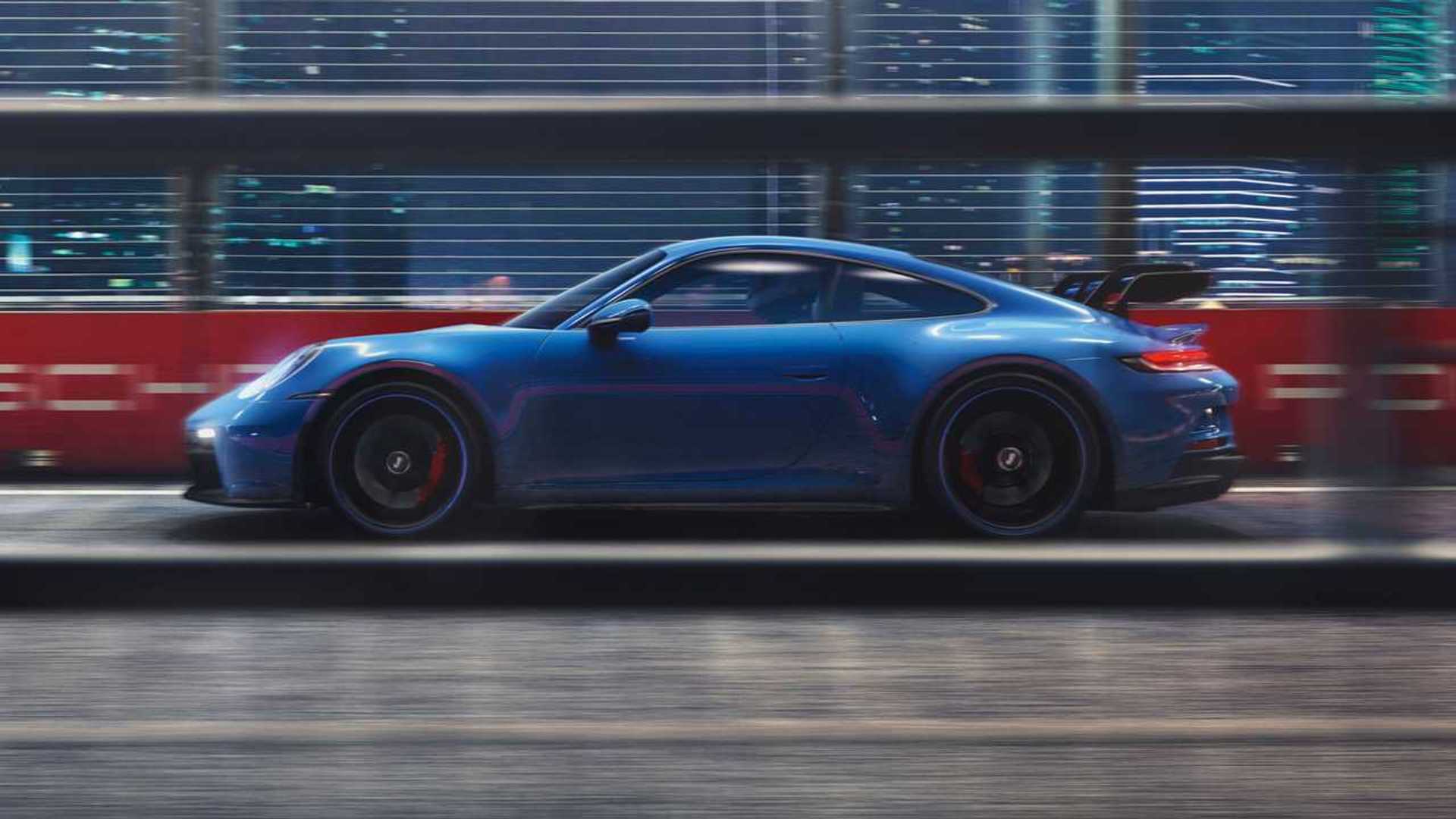 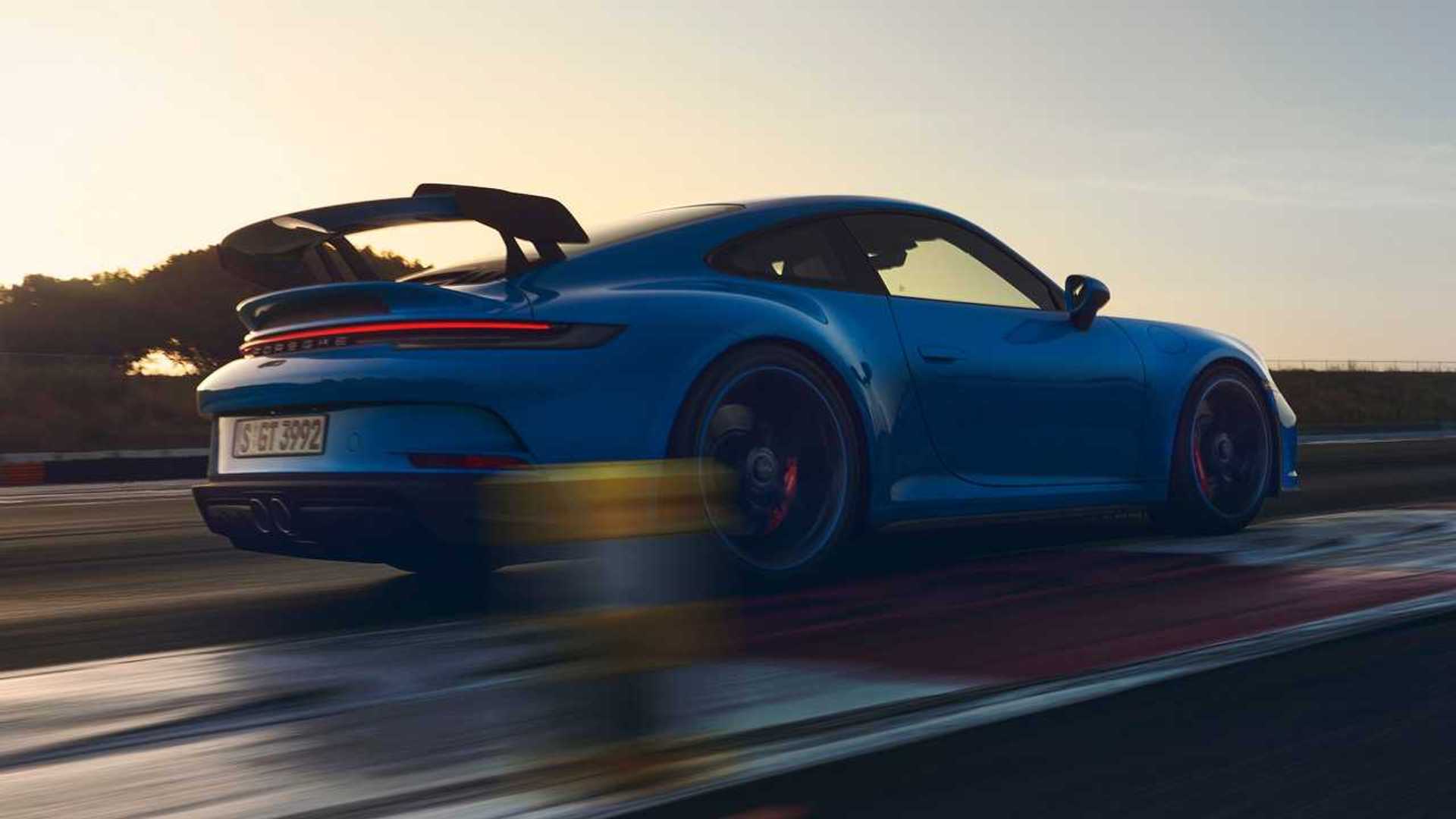 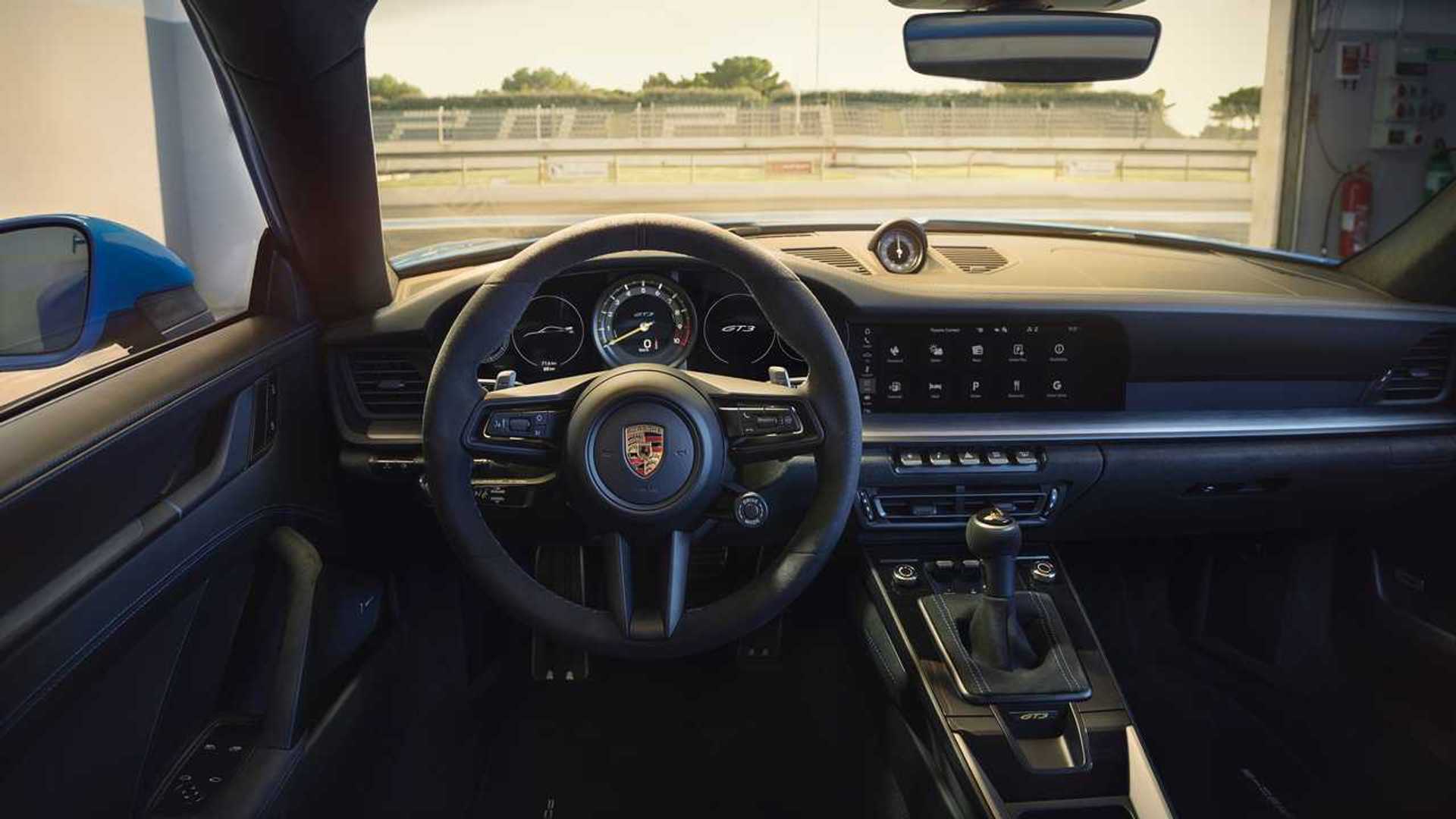 The 2022 911 GT3 comes standard with a seven-speed PDK. Buyers can also opt for a six-speed manual.

The 2022 911 GT3 adopts a double-wishbone suspension at the front, rather than the MacPherson strut setup on the standard Carrera. There isn't a single suspension component that carries over from the regular 911.
Click to expand...

That blue ?
- Alright you Primitive Screwheads, listen up! You see this? This... is my BOOMSTICK!

Absolutely bonkers. So they made the regular GT3 like the old RS. So what's that mean for the 992 RS?

Crazyjeeper said:
Absolutely bonkers. So they made the regular GT3 like the old RS. So what's that mean for the 992 RS?
Click to expand...

I wondered the same while watching those reviews.
What's left to add, or rather, subtract, to make it an RS? The Clubsport will come unpainted, no insulation at all, plastic windows...hehehe
Moths are just goth butterflies.​

Redliner said:
I wondered the same while watching those reviews.
What's left to add, or rather, subtract, to make it an RS? The Clubsport will come unpainted, no insulation at all, plastic windows...hehehe
Click to expand...

Well, I think much more extreme aero, like the test mules of the 992 RS are hinting at. They may also not make a 992 GT3 RS at all, and just go GT2 in stead, who knows. Since they made the "regular" GT3 closer to the RS to differentiate it more from the upcoming GT3 Touring.

And now, the 992 GT3 Touring is out, with a manual transmission:

The Porsche 911 GT3 RS is finally here. The high-performance car receives substantial upgrades to its cooling and aerodynamics systems that help enhance the car’s capabilities.
Click to expand... 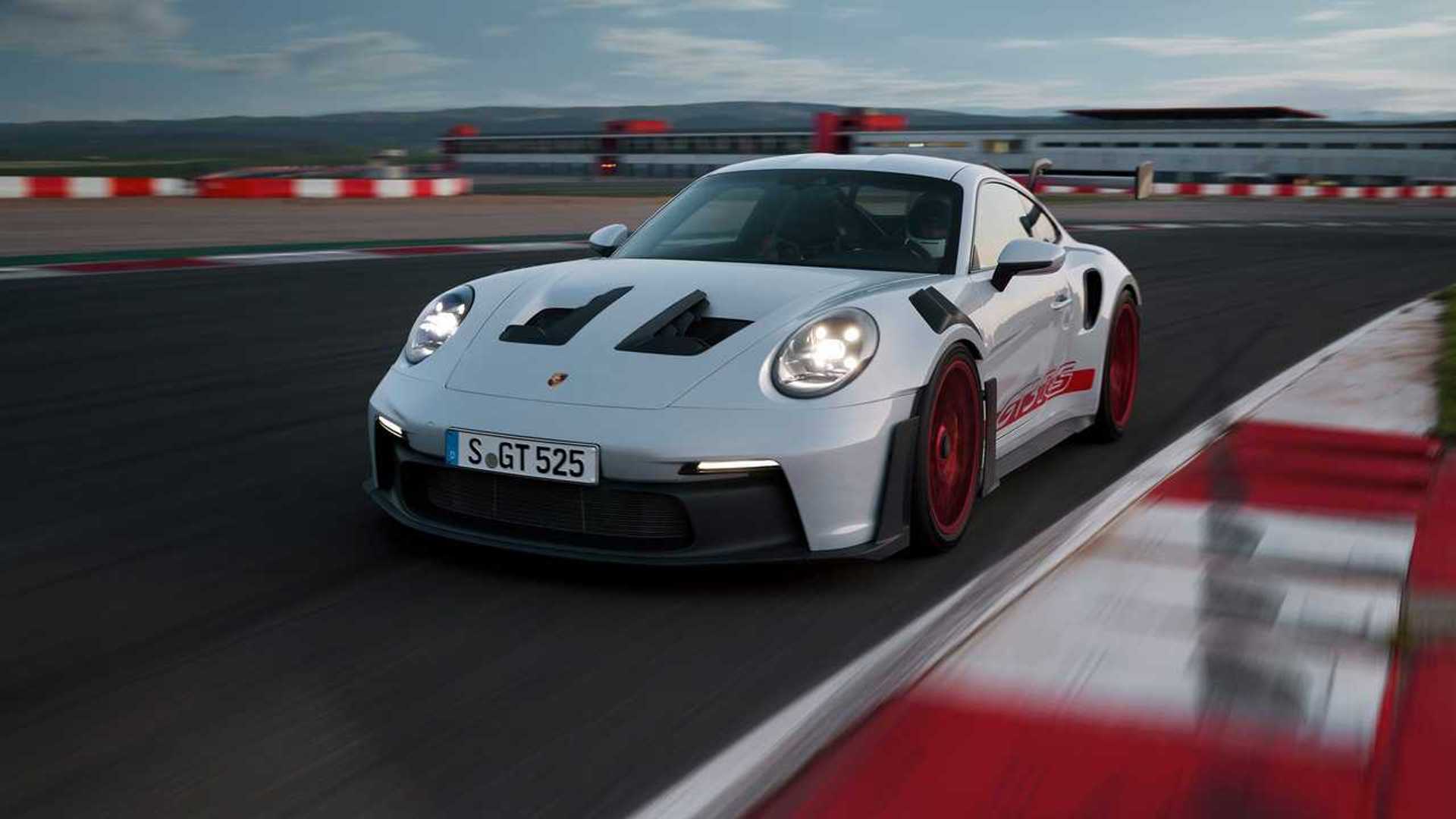 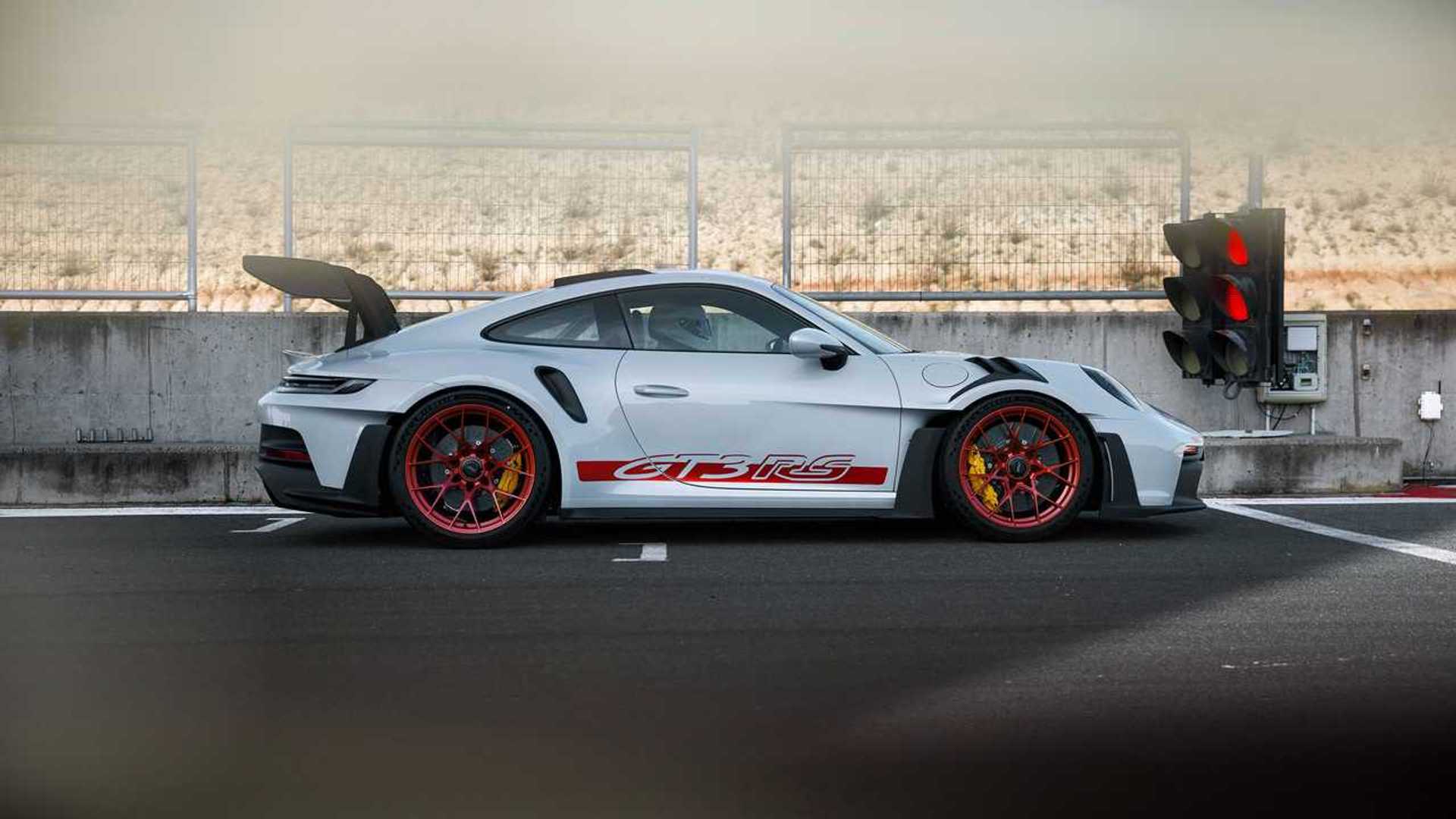 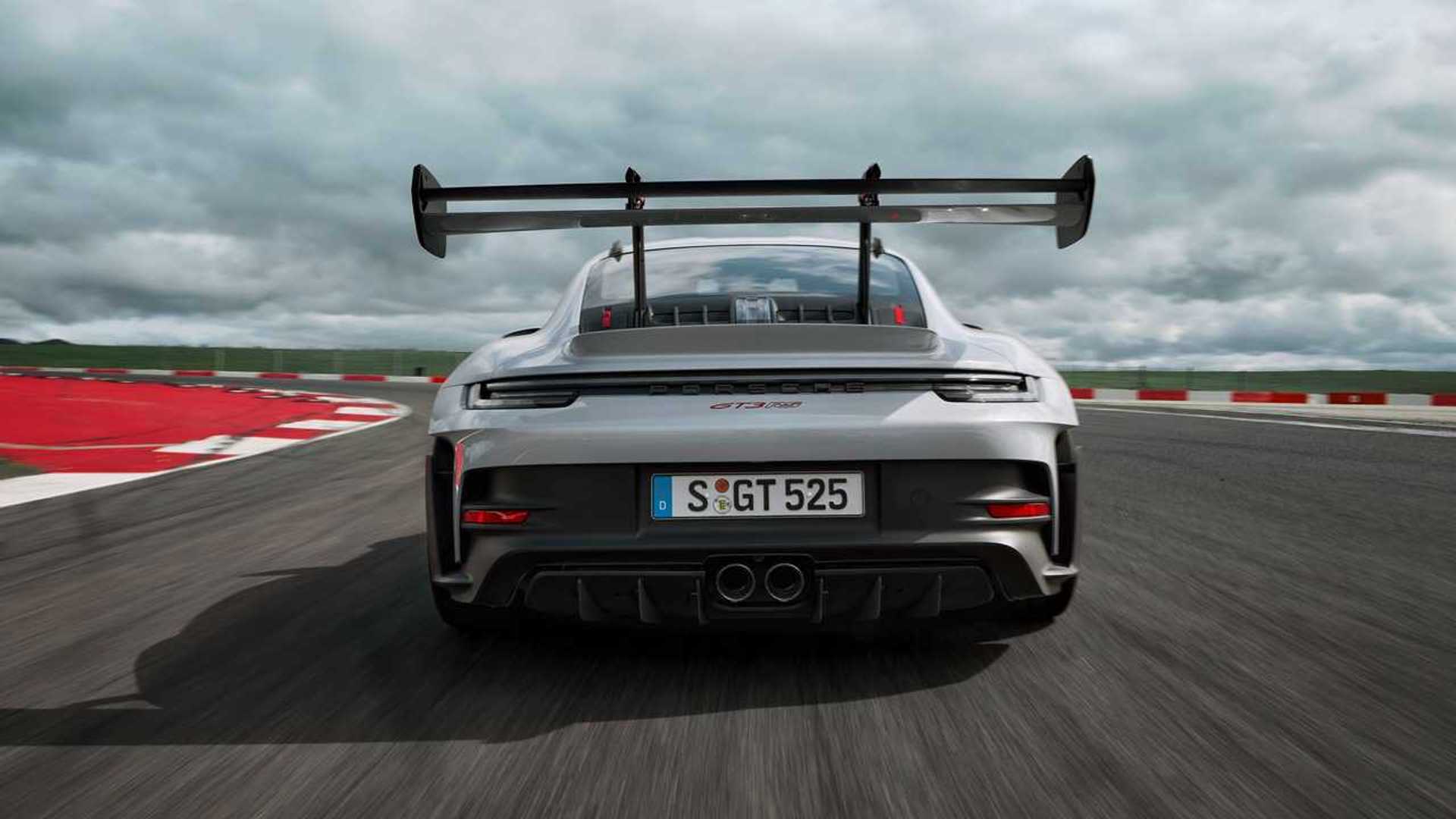 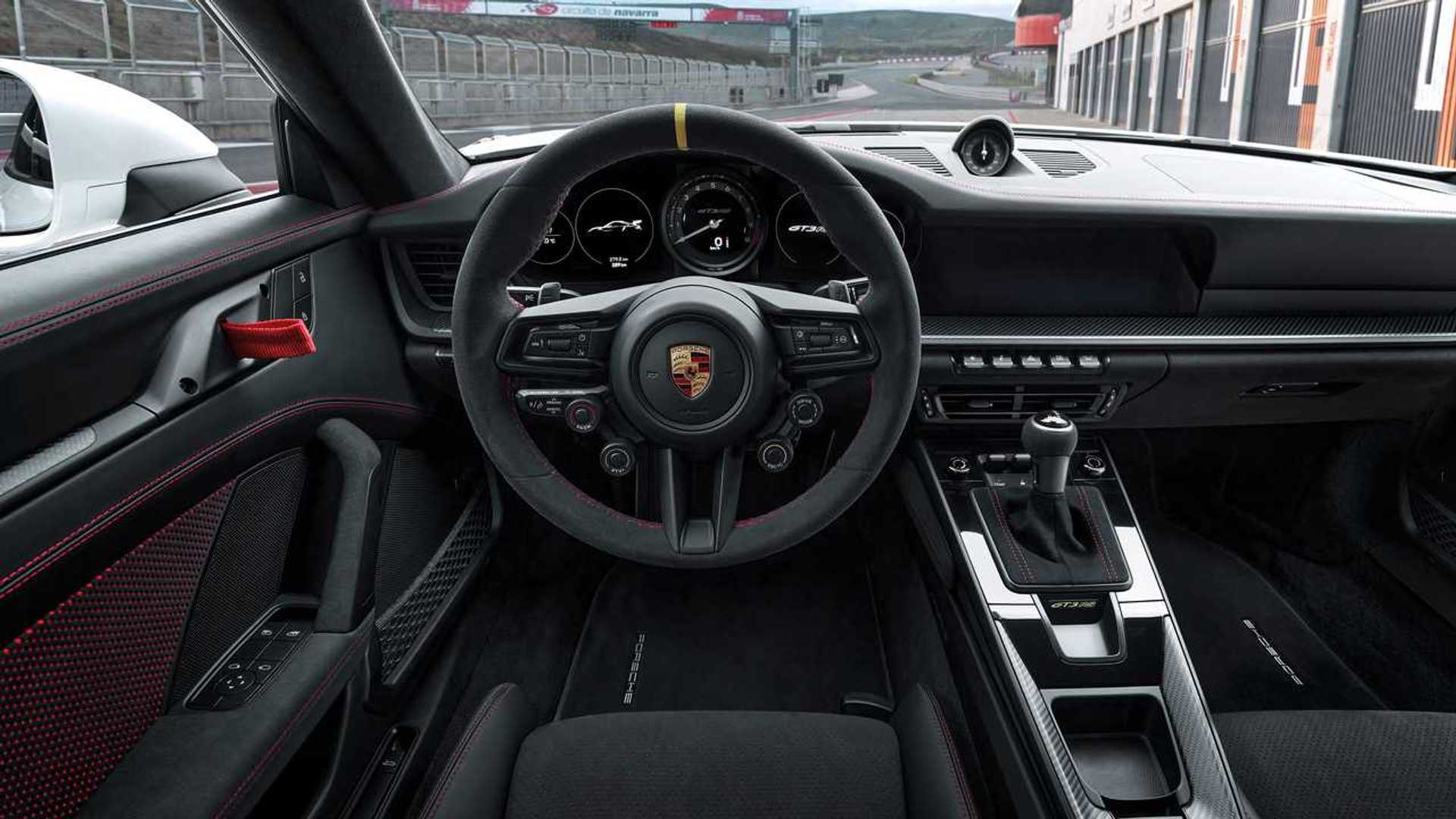 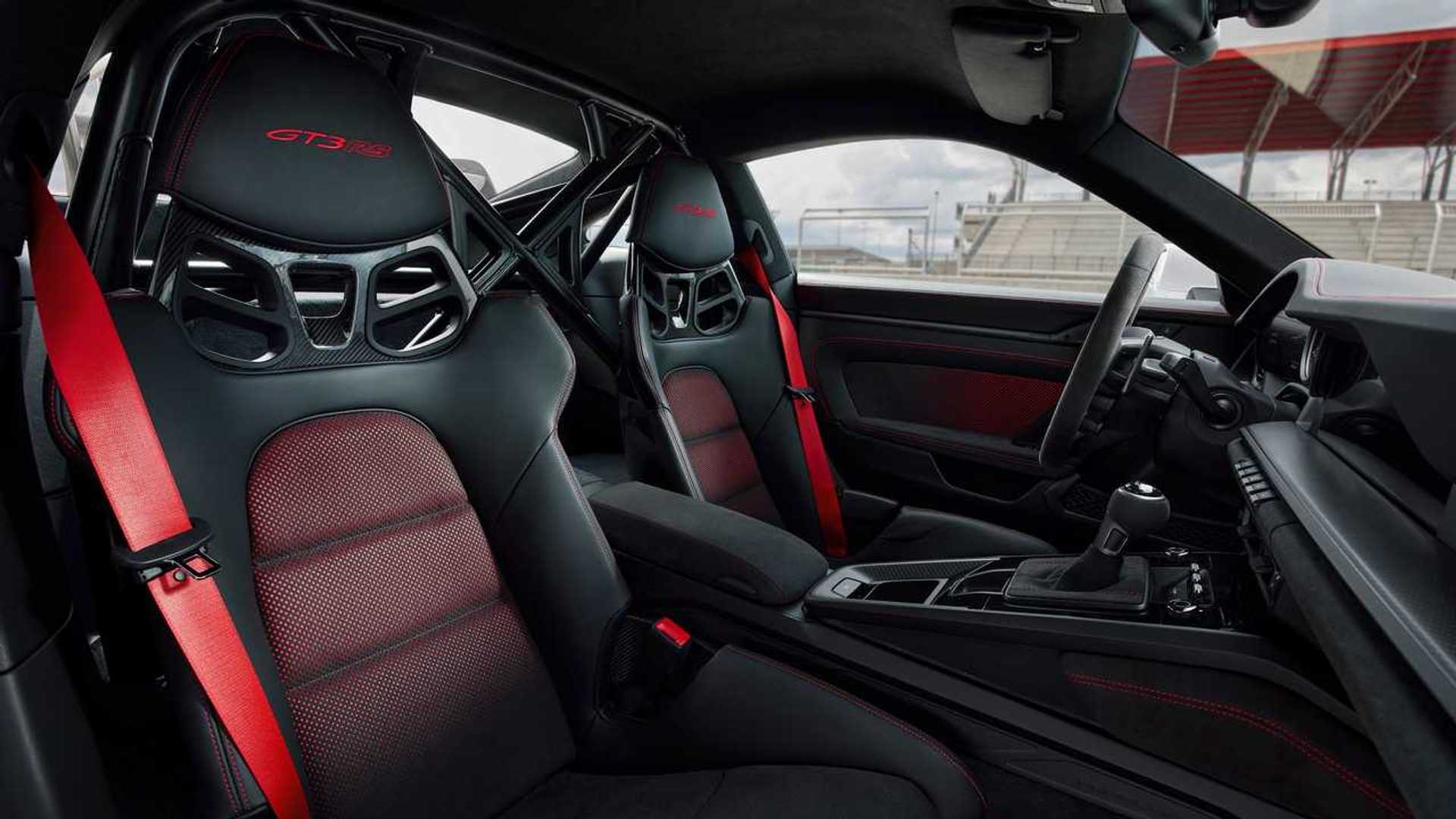