How not to build a traffic circle/roundabout/godforsaken irritating POS

For the non-german speakers: Nothing much to read - you can see the problem right in the picture, that roundabout was way too small, so they had to make the middle just a hump so busses could drive over it.

First time i encountered it, it was a rainy night, so I didn't really see it was there until it was too late. In that moment, I found out: Driving over the hump at 30 MPH in a lowered car is really no good idea

Other thing was, because you didn't have to drive around when you came out of the side street - no one did, the just turned like they used to do all the years before.


The town also saw how pointless the thing was, so now it's gone again, only thing left are a few marks on the road and the waste of tax money
My Golfs: Mk2 :::::: Mk4 GTI V5

Ah-ha! Now prepare for "how to waste taxpayer's money"

Now, the explanation: the red line shows what the road looked like some years ago. Then, since the railway track was being updated to high speed, they had to close the railway crossing (in the yellow square). The underpass was impossible, an overpass was not considered. Instead, the railway company (which is public) built the road shown by the blue line, which is the route you will take today if you drive through there. The underpass for the railway was done there, but the road is narrow (and narrower than the former one), and you can see the queues forming constantly even by a quick glance on the Google image.

Where the red line passes over a park and a residential area, no, it's not a mistake: the road was there, and was demolished.

The best part, however, and the reason why this is here, is shown in the green rectangle: you can still see the old track of the road, which means they could have used it, but instead of building a single roundabout, they built a small roundabout and a traffic light (shown by the purple circle) just 25 meters after that.
Last edited: Sep 20, 2012
Going fast out of rage, pride or boredom is like buying a ticket to crash.

The worst roundabout in the world is the one near Prospect Park in Brooklyn. 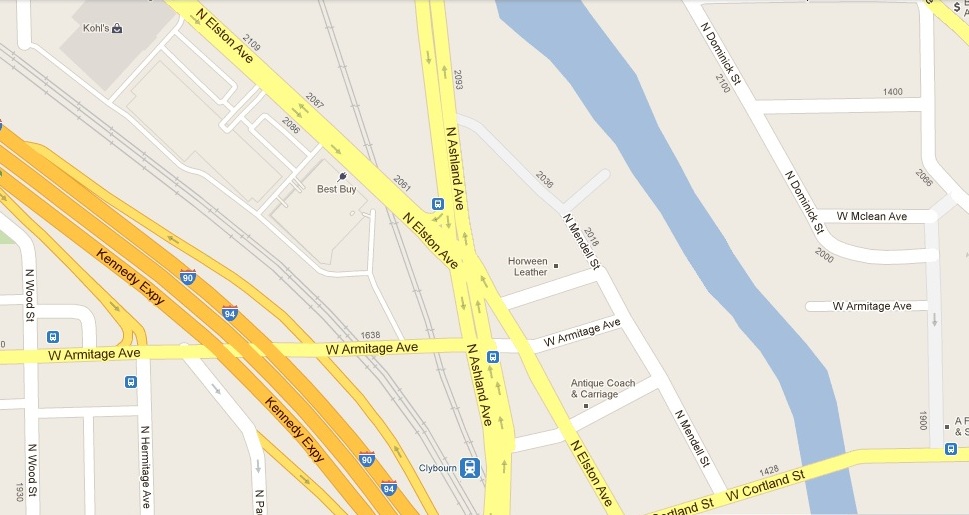 I hate hate HATE that intersection! Everything in Chicago is on a perfect grid, except for that.
LET | FOREVER | BE

If you ever drive in a german city, you'd probably get a heart attack since there is almost no such thing like a perfect grid in german cities.

It is modelt to be like the Place Charles de Gaulle in Paris (that?s the one with the Arc de Triomphe). There are no lanes, but space for 6 or 7 lanes, oncoming traffic has traffic lights, and oncoming traffic also has the priority when their lights turn green. And while it certainly is a tad smaller than the Place Charles de Gaulle (and missing a monument), it is quite buisy. It?s not as chaotic as the one in Paris only because the drivers aren?t all french. But it is a right nightmare when you first encounter a roundabout like that where the rules seem "upside down" to the usual roundabouts.
Last edited: Sep 20, 2012

Eye-Q said:
If you ever drive in a german city, you'd probably get a heart attack since there is almost no such thing like a perfect grid in german cities.
Click to expand...

And you would think that there would be, but like many European cities, they grew out of villages, and roads were whatever was easiest to walk, be it cattle or human.

Germans would love Chicago. It is very, very orderly and logical.
LET | FOREVER | BE

Same for the northeast US. We have some truly comical intersections just in the local area.

Jay said:
Germans would love Chicago. It is very, very orderly and logical.
Click to expand...

we even have songs about chicago http://www.youtube.com/watch?v=nkDKackvs5M

I'm surprised that Chicago thing causes such outrage, it doesnt look so bad from the airshots.

This is another local creation that struck me as almost abstract on the map. AiR said:
I'm surprised that Chicago thing causes such outrage, it doesnt look so bad from the airshots.

This is another local creation that struck me as almost abstract on the map.

I passed there by car a few weeks ago. Wasn't that bad to drive in.
"ROFL dude that has got to be the best use of "whatever is lying around" since Vin Diesel killed a man with a tea cup." - prizrak comments on my Vaz project.

AiR said:
I'm surprised that Chicago thing causes such outrage, it doesnt look so bad from the airshots.
Click to expand...

it can be pretty awful

remizak said:
honestly its not that bad but when you are used to driving on road like this

Yes that's quite square. I'd probably be sick of all the traffic lights in an instant. Randomly mapping around on the Googles I discovered the Old Town is surprisingly square too. Of course the roads are sort of medieval.

DFW people might recognize the West 7th, Camp Bowie, University intersection. This is where a traffic circle is a GOOD idea. I've been stopped at this traffic light for literally five minutes before, first in line. 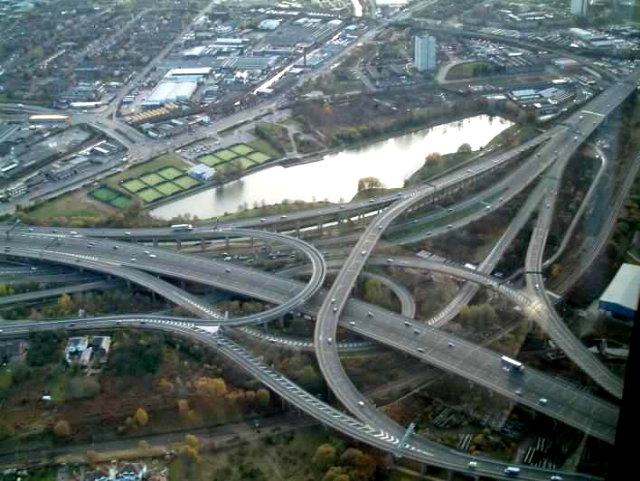 At least most of your infrastructures have some purpose... Here's Belgium for you:

The 2 lane thing in the middle of the second image is actually a bridge...

Must be some really nasty trolls to warrant such a construction!

In my province of Canada, they're just introducing roundabouts in a large way, and they aren't instructing drivers how to use them, which lane is for which "spoke", and they aren't even telling drivers, even the new ones that you need to signal before, during or after the roundabout.

My wife works for a local insurance firm...more older drivers are getting into fender-benders because of them, and the lack of education.
John

Finnley said:
At least most of your infrastructures have some purpose... Here's Belgium for you:

The 2 lane thing in the middle of the second image is actually a bridge...
Click to expand...

Also you have this funny dead end road:

But that's right next to the Strepy-Thi?u water elevator! That's awesome.

Here's the location of the useless bridge in first picture, looks like they planned a nice big road and ran out of money. Follow the road to the left and look at the odd on-ramp.

Apparently because Belgium is made up of people who inherently can't get along building projects were "mirrored" so if they built a bridge in Waloonia, they had to build one in not-Waloonia. That's the jist of what french wikipedia tells me via google translate. Here's a bridge over nothing. 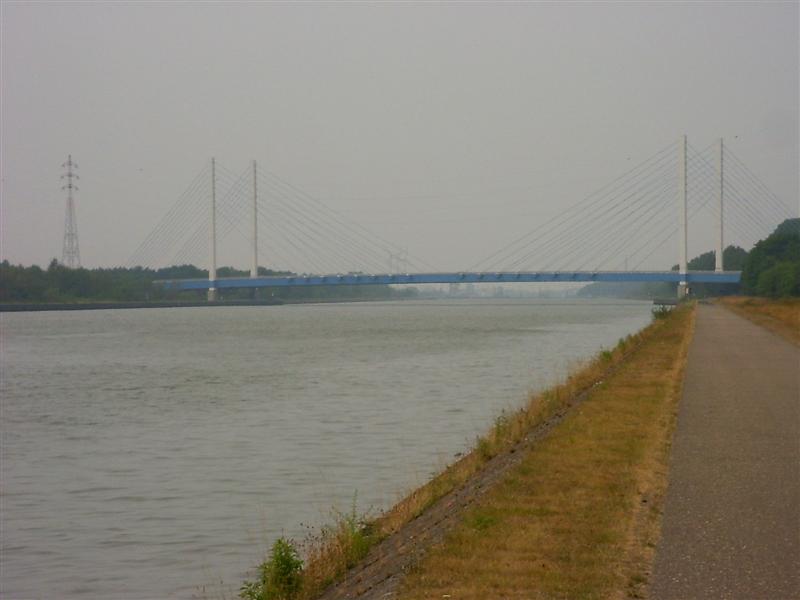 There's nothing wrong with it aside from one detail. 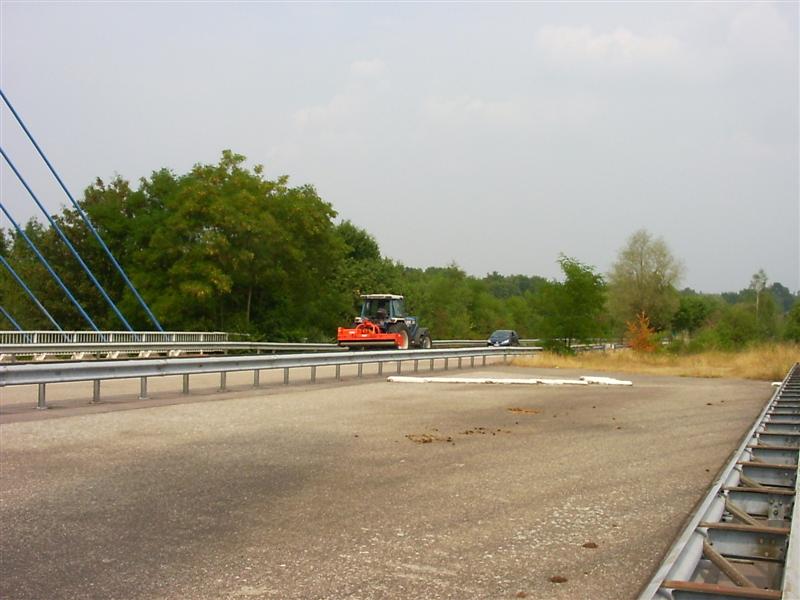