How to make a black car more visible

My g/f has a black 2013 Ford Focus (not an ST) and she has been complaining to me about how people always cut her off or try to run her over. For the longest time I thought, maybe, its because she is younger and just not as experienced yet, or is driving too aggressively. It dawned on me, today, that its most likely the fact that its a black car. I just bought a black car, but its a Porsche, so I haven't had a black car for long. Plus a the Porsche gets noticed because its a Porsche.

So my questions:
1) Can anyone who has had a black car confirm my theory as to why she gets cut off on the freeway and has so many near miss accidents? This is assuming she is driving safely. I went on the internet and found this: http://www.dailymail.co.uk/news/article-1288457/Black-cars-likely-involved-accidents.html.
2) If it is just a problem of not being visible to other drivers, would something like racing stripes help? I don't like the idea of racing stripes on street car, personally (too Fast & Furious for me), but I wonder if that might help people notice her car more and make it safer for her to drive.

Trading the car in on something else isn't the best idea as she is starting pre-med in college, so having a cheaper car payment is kinda nice for her. Its a useful car that gets good mileage, so it is a cheaper car to run. Its also a manual, which is kinda rare these days even in an economy car.

Oh yeah, we also live in the San Francisco Bay Area, so it could just be the people in this area.

tl;dr is my g/f's black car causing other drivers to not notice her? What can we do to help this situation?
What do y'all think?

I can't believe I'm saying this, but... try to drive with the lights on?

My first car was black and I never really noticed this being a problem.... it did have gray bumpers and skirts though. I've never heard of someone complaining of this

My black car doesn't experience that

and it's a (to the uninterested observer, and maybe others too) boring VW in Germany.

Go faster stripes, clearly, they add much needed visibility and +20 hp (thought seriously some contrasting vinyl/stickers would be noticeable?)

wtf :lol: Maybe the problem lies with her driving? Because if you want to know what not being noticed feels like, try driving a dark-colored Miata around a bunch of clueless half-asleep Bostonians.

I didn't want to go "babe, you driving is the problem", so I was trying to come up with another source of the problem. I like my relationship

As mentioned above, drive with the lights on ALL THE TIME. Might not be the problem in this case but it is something everyone should do.

Shentar said:
I didn't want to go "babe, you driving is the problem", so I was trying to come up with another source of the problem. I like my relationship
Click to expand...

Get one of these: 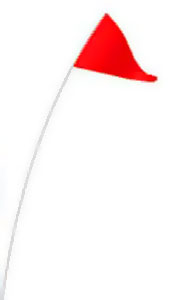 DanRoM said:
I can't believe I'm saying this, but... try to drive with the lights on?
Click to expand...

I always ran the running/parking lights on my black cars and never had the problem. But this should do it automatically because of how new it is.

You're all missing the best solution: get her a Porsche as well

DanRoM said:
I can't believe I'm saying this, but... try to drive with the lights on?
Click to expand...

Turning on my lights is like putting my seatbelt on -- I always do it as a habit when I get in the car.

Black car here, I've never really noticed this problem myself. My car is louder than average though.

On the serious side, never had a problem with not being noticed in a black car. Then again, as has been said before, driving with the lights on all the time, as is the law here. I also live near San Francisco. I, too, get cut off multiple times a day, every day.

For the record: I drive a red coupe with a spoiler, and I drive with my headlights on 100% of the time.

Cellos88GT said:
Black car here, I've never really noticed this problem myself. My car is louder than average though.
Click to expand...

Same. I've had people try merging into me or cut me off at about the same rate regardless of what I'm driving (black Cougar, green Mark VIII or gray Explorer).
You must log in or register to reply here.
Share:
Facebook Twitter Reddit WhatsApp Email Link
Top