I don't think there's been a thread like this before, so here it goes. I want to see what sort of crazy/inventive/genius/insane/dangerous repairs you've come up with over the years for something that broke. Maybe it was using a piece of 20 year old bubble gum to repair the sole of your shoe, or hanging a heavy picture without the help of screws and nails, you get the idea. I've always had a mind for coming up with crazy solutions to various problems, and while my repairs might not always look the best they do work.

Here's two of my latest in a long line of MacGyvering up a quick and cheap fix.

I bought this nice all steel tube frame chair from Goodwill for the high price of $5 several months ago. Anyone who knows me knows that I'm a rather large fellow, so I wasn't sure if this was going to hold me in the long term, I figured if it broke within a week I was out next to nothing so it wouldn't be a huge loss. But as the months went by my ass got used to the chair and its ability to swivel, recline, and glide back and forth. But then last night as I was leaning back I heard a loud SNAP and suddenly was listing to one side. One of the bolts had snapped off the side of the frame. 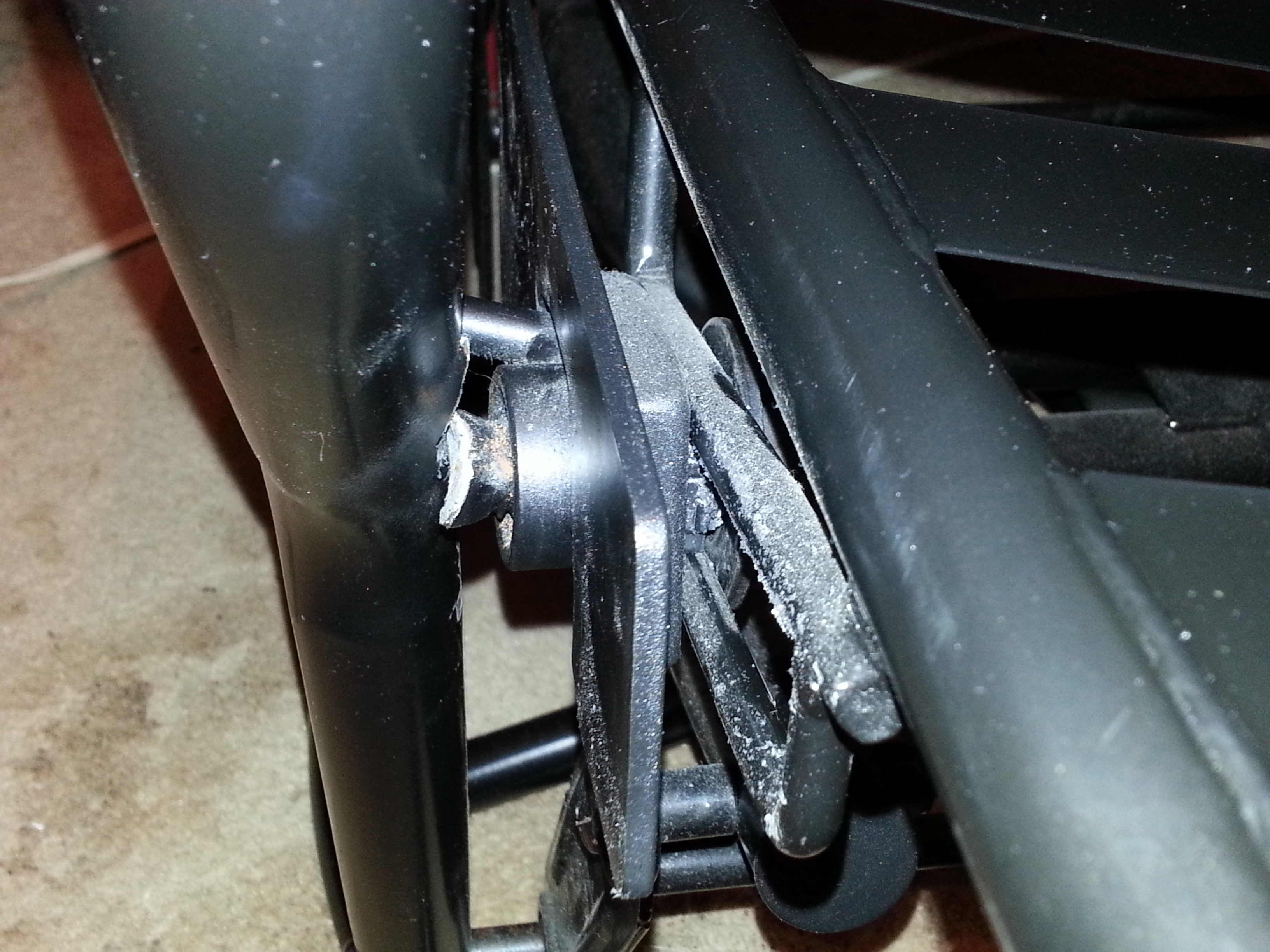 I really didn't want to toss the chair out, so my mind got to work prototyping fixes in my head, I even did it while I was sleeping. By morning I had two plans, A: get some JB Weld and try to epoxy the bolt back on, having a tensile strength of 3000psi I figured it was worth a shot. And plan B: Get a longer bolt, some washers, and nuts from the hardware store (easier said than done on Black Friday) and rig it up so it'll never break again.

I wound up drilling another hole on the outside of the frame, using my dremel to hog the hole out even bigger since my drill bits only go up to 1/2in, so I could thread the new bolt through, put a couple washer on each side of the hole, a nut, and then everything else that came off the broken bolt. 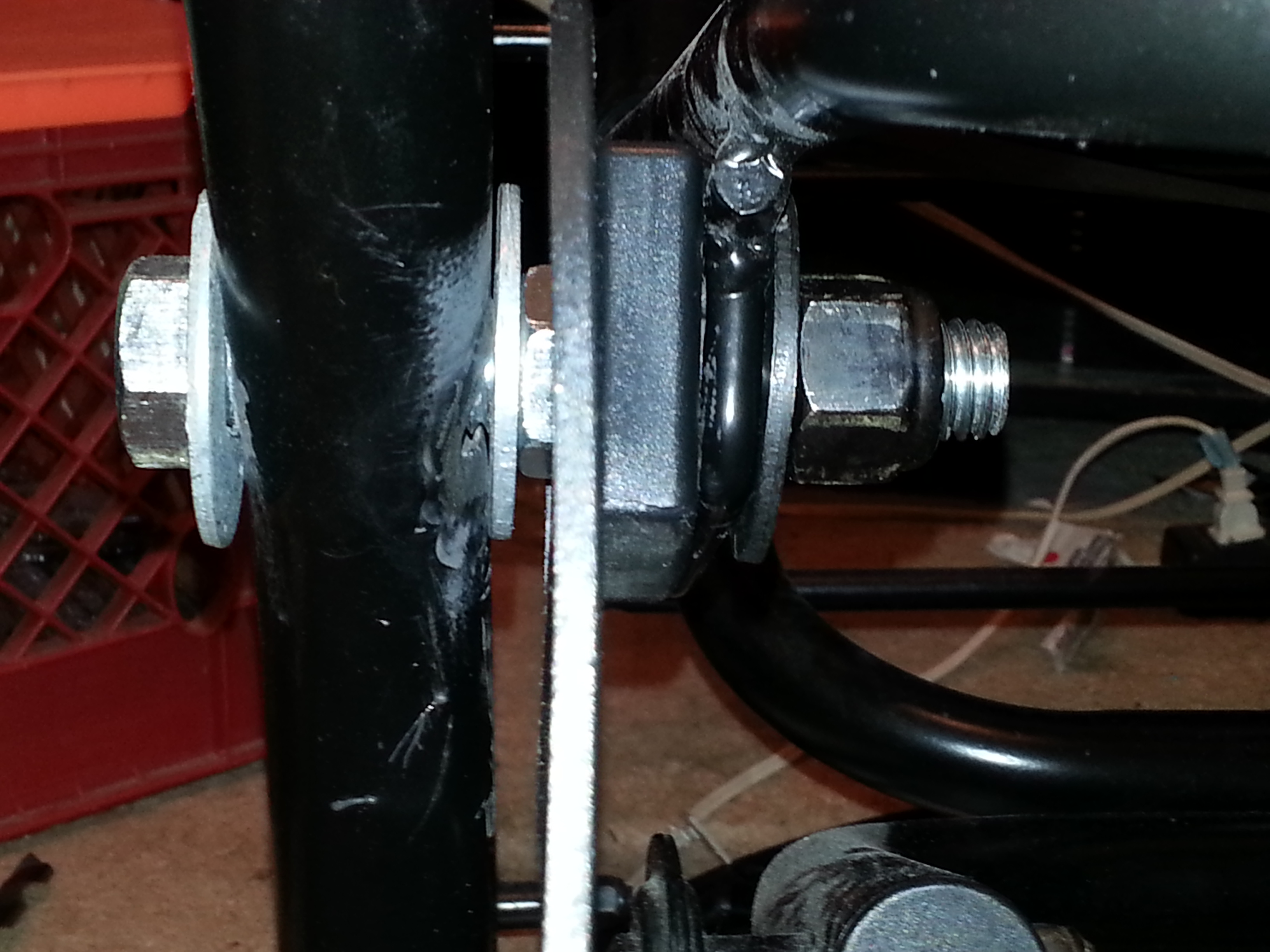 It's not pretty, but the chair reclines smoother than it ever did before, and the only downside is that I'd can't lock it in place like before, but that feature never really worked in the first place anyway.

And a few weeks ago, my sister was using my lawnmower and told me that the handle on it broke off. It's 23 years old, but it still works like a charm and I'm too cheap to buy a new mower or spend $50 on a new handle. 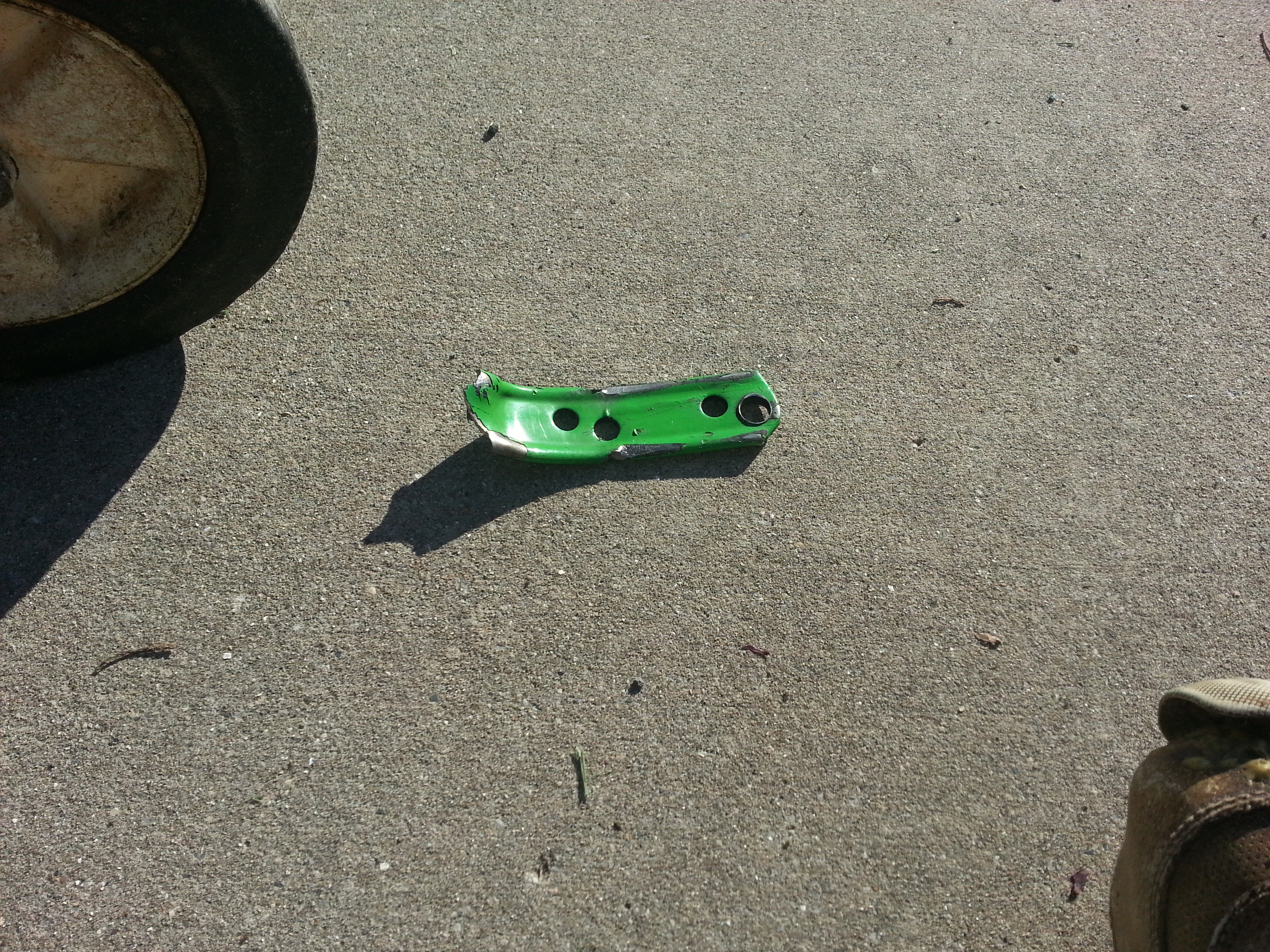 A quick trip to Home Depot and $10 later for 20 gauge steel and pipe clamps, I had created this as a temporary fix. 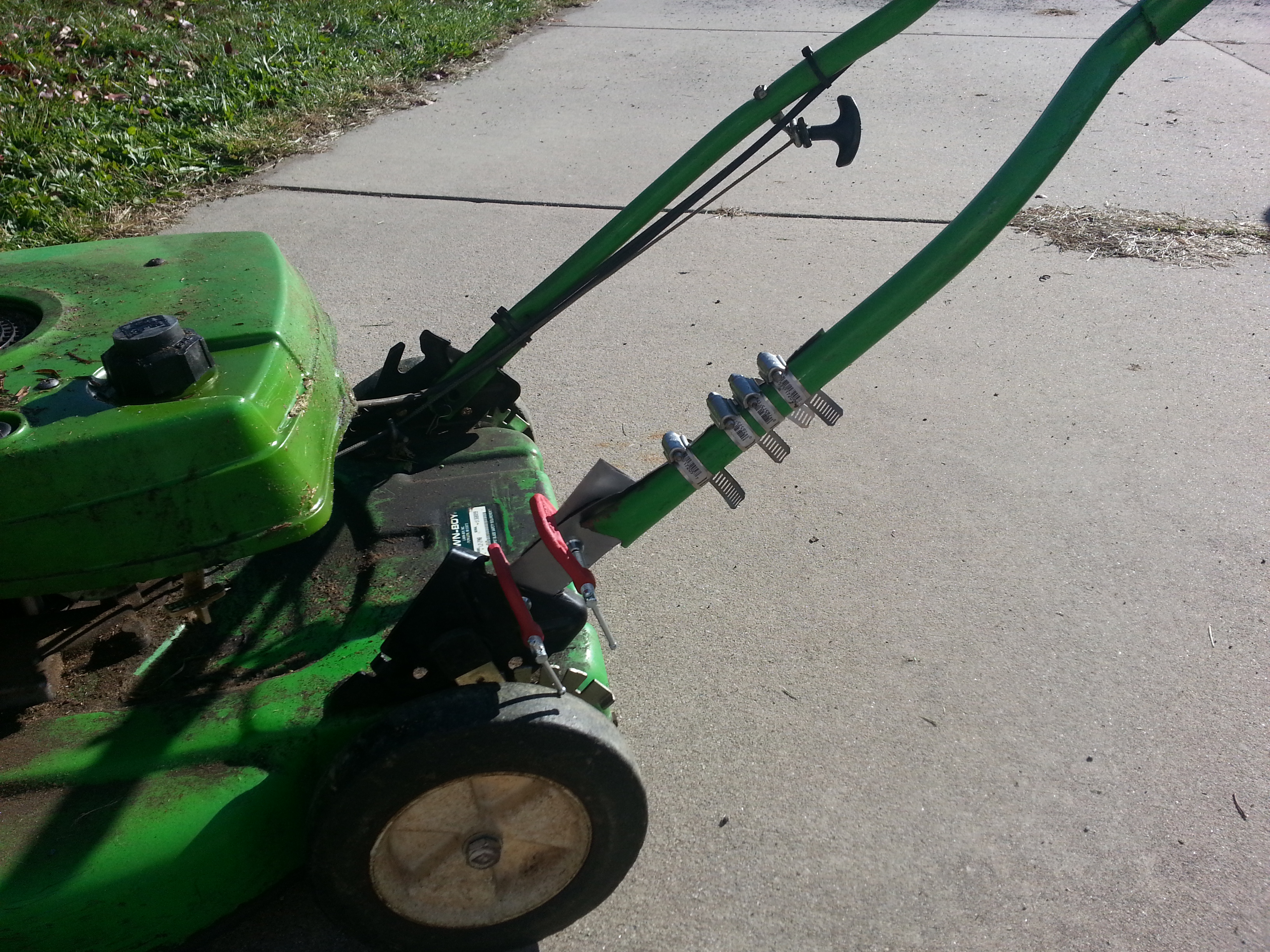 Note that the C clamps are just there to hold things in place to see if works in theory, sometime in the spring I'll drill some more holes and run some bolts through there to sandwich all the parts together.

So what kind of stuff like that have you done over the years?
The Mighty Buick Of Destruction.

When I had my Land Rover Disco one of the little mounting pegs on the brake light switch broke. The switch itself was just fine but it wouldn't stay put and, thus, the brake lights wouldn't come on when I pushed the pedal. A new replacement was about $50. 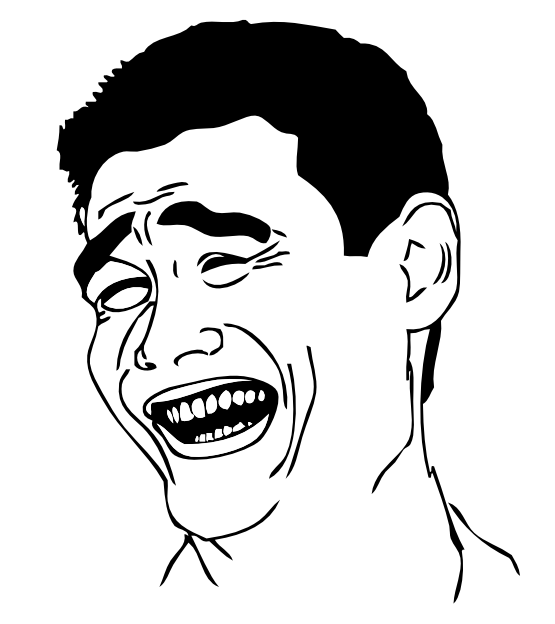 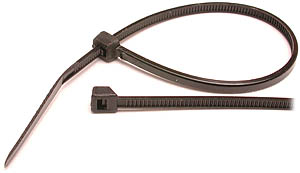 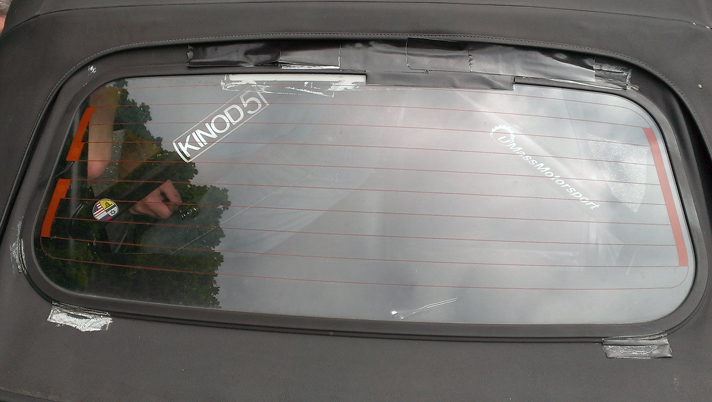 Edit: story time.
The Miata originally came with a zippered plastic rear window. When Mazda changed it to a much more modern, clearer, longer-lasting, heated glass unit, they uh... forgot to account for the extra weight of the glass over the plastic. Thirteen years after being manufactured, my soft-top started tearing right around the window. Copious amounts of glue and gorilla tape kept (most of) the water out for a good eight months or so. The picture above shows the state of the top just before it was torn off and replaced with a new one.
Last edited: Dec 1, 2013
"Men with guts attack those corners!" - Keiichi Tsuchiya
2018 Ford Fusion Sport 20-present

What's the story here?
The Mighty Buick Of Destruction.

So I took the top half of the engine apart and put it back together and now it's all like:

I think the only things I had to buy was a 2nd hand rocker until and a torque wrench... :lol: I'm fairly sure not all the bits that should be in the engine are currently in there, washers and such... Also the front bumper side mount, fabricated it myself... Out of fiberglass. Door bottoms? All hand painted in Hammerite Dark Green.
Last edited: Dec 1, 2013
'76 Triumph Dolomite 1850HL --- '83 Triumph Acclaim --- '77 Triumph Dolomite 1300 --- '89 Volvo 740GLE Estate

Oh God no. As soon as I repaired the first major problem another one cropped up, I think me cleaning the cylinder head and valves removed the last layer of crud that was actually making them oil proof! Although it does currently run on all 4 cylinders, and provided you don't mind topping up the oil every 80-100 miles, leaving a cloud of blue smoke in your wake and not going over 60mph it can still be used for reliable short distance transport. :lol:

Piano
"It's not right, this." : Anonymous studio tech on the killing of TopGear.

captain_70s said:
Although it does currently run on all 4 cylinders, and provided you don't mind topping up the oil every 80-100 miles, leaving a cloud of blue smoke in your wake and not going over 60mph it can still be used for reliable short distance transport. :lol:
Click to expand...

I don't think we're using the same definition of "reliable"

Duck tape and a Silver bike, easiest fix ever. 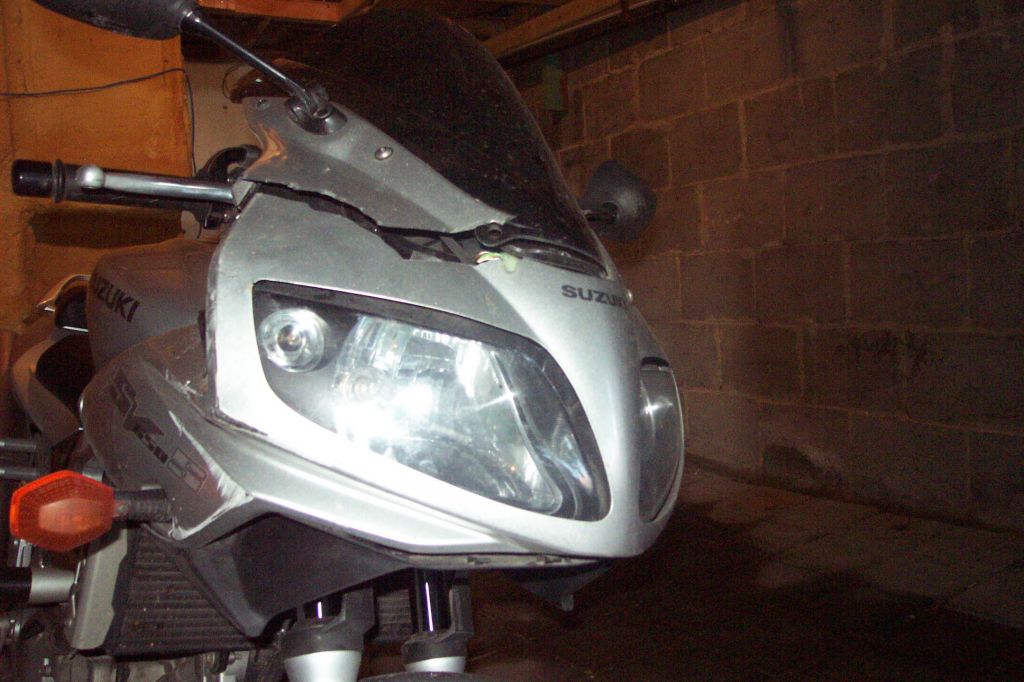 I kept it that way for 3 years (and a few more crashes) before finally replacing the fairing: 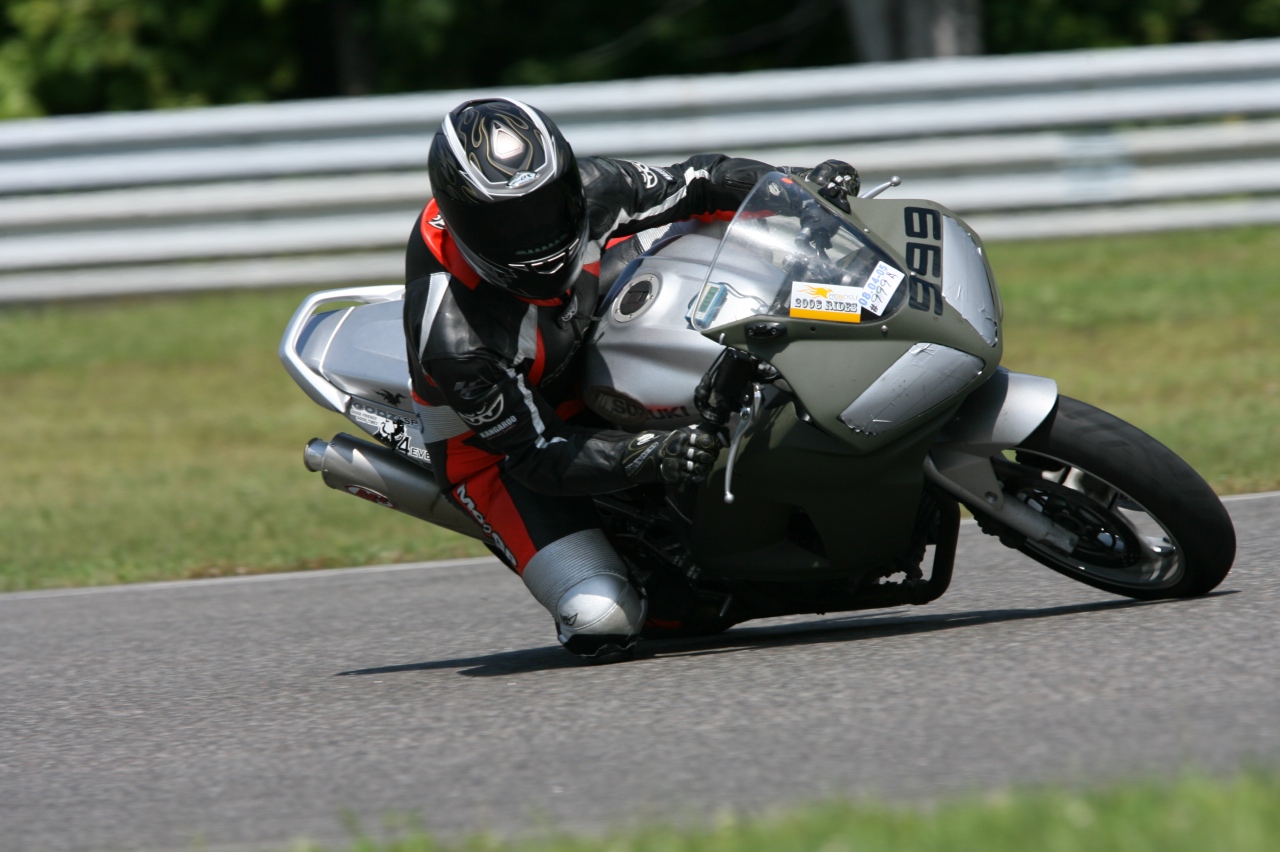 Did you also cut the tags off your mattress? You sound very adventurous.

I don't have a photo, but a few months ago came the time that I had to applaud my father for keeping random stuff.

In this case, he had been unable to put a new light bulb in one of the fittings at home. So I had been asked to look for a decent replacement and - surprise, surprise - all the nice ones were preposterously expensive. Fast forward to a couple of weeks later: I'm home and taking a look at the thing; turns out the culprit is not a broken fitting but merely a deformed metal ring in that fitting. I couldn't reshape it, so I asked dad if he had anything lying around that might possibly help.
A while later, whilst browsing the chaos that only he masters, we come across an old and partially broken ceramic light fitting with... the EXACT SAME kind of metal ring on it. Several peaceful attempts at getting it off proved unsuccessful, so I donned gloves and goggles and consulted my dear friend, the lump hammer. Moments and a Hallelujah to protective equipment later, I stand in a sea of razor-sharp and pointy shards, finding one completely undamaged metal ring in a nearby shrubbery (a good shrubbery and fit for ani knight, I hasten to add). Pop it in the fitting, take care to lodge it gently in there and voil?, there's light and there goes my main talking point against my father's messiness. :?

As is the case with almost any Audi from my generation, mine came with a broken arm rest compartment release latch. 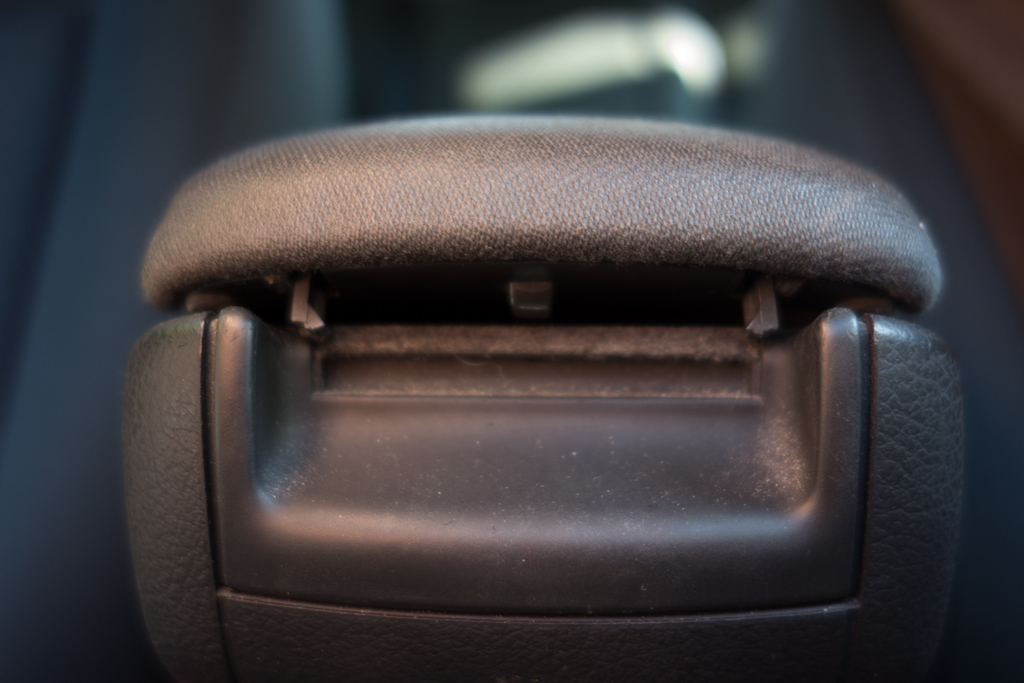 This meant it would only stay in place in the down position. If you lifted it, the lid would just fall backwards and all the contents spill into the rear passenger footwells.

So I went to a hardware store and bought a kitchen cupboard magnet. 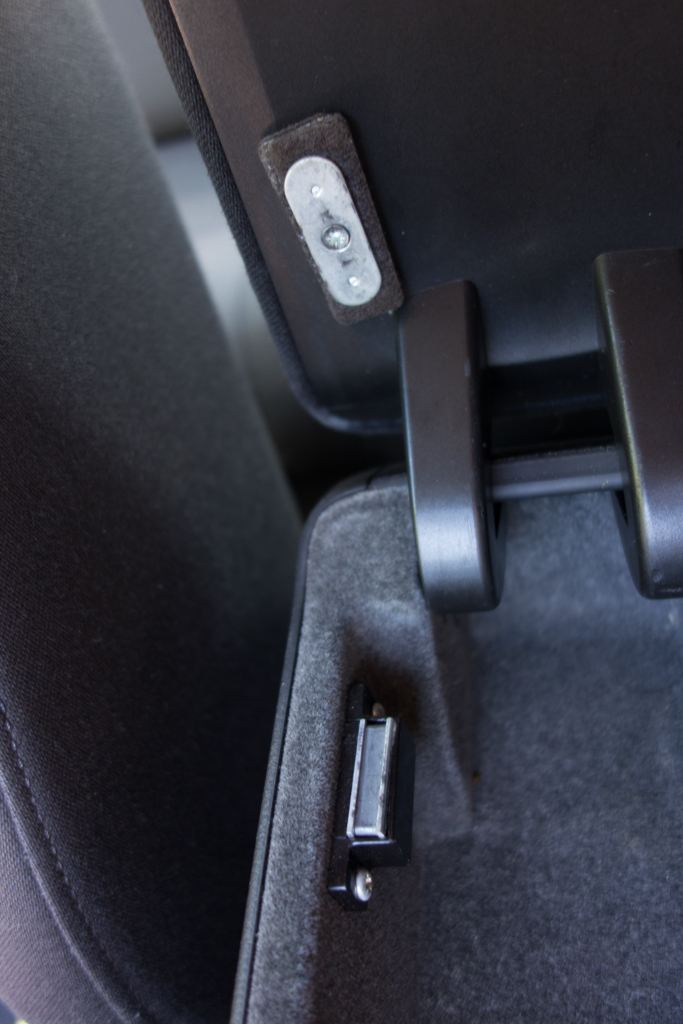 I should one day cut off the little nubs from the release latch too, I suppose.
​

That's genius. I need to do the same to the Blue Waffle.
WillDAQ: To use the technical terms: "the Mustang is to aerodynamics what horse shit is to fine dining"

I'm thinking of adding another one on the other side, but then it might be too hard to pull open. We'll see.
​

Yes, NEVER over-MacGyver something. You'll end up with a bigger hassle than you started with.
"I was sad because I had no shoes, until I met a man who had no feet. So I said, ?Got any shoes you're not using??

I'm glad you've done that, sitting in the back seat holding everything in while the armrest was folded up got boring after about eight seconds.

My furnace fan was making weird noises. So I kicked it. Now it's quiet.