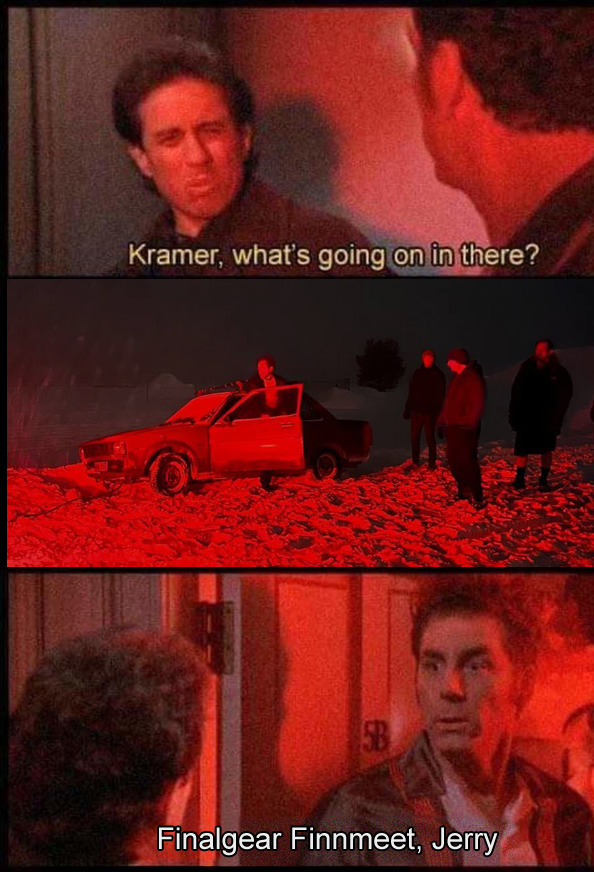 Time to start off the photo thread for this year's Finnmeet, as almost all participants have safely made it home!

This year's meet didn't feature that many cars from previous years, and unlike initial plans, there were no EVs. A bunch of people, me included, bought cars specifically for this occasion, and I've already shared my Benz purchase and initial fixes in the automotive randomness thread. But in short, I got an interstellar mileage C280 wagon for cheap, so that everybody could beat on it in the meet and I'd then sell it for scrap, trying to make back what it owed me. That part is still in progress.

I packed the Benz with some luggage, some tires, a battery powered Makita grinder, a cast iron pot, a rice cooker and beer. As you do. 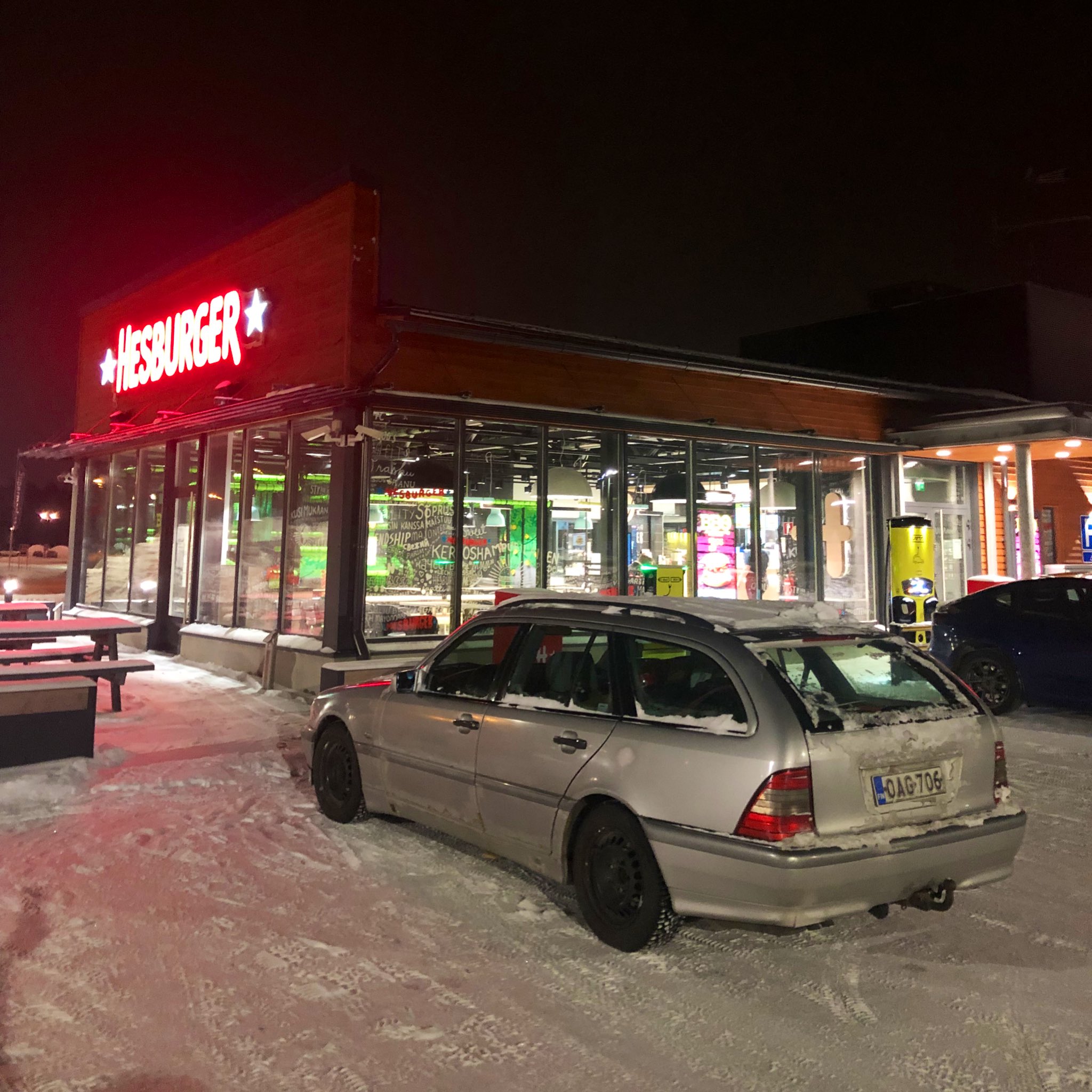 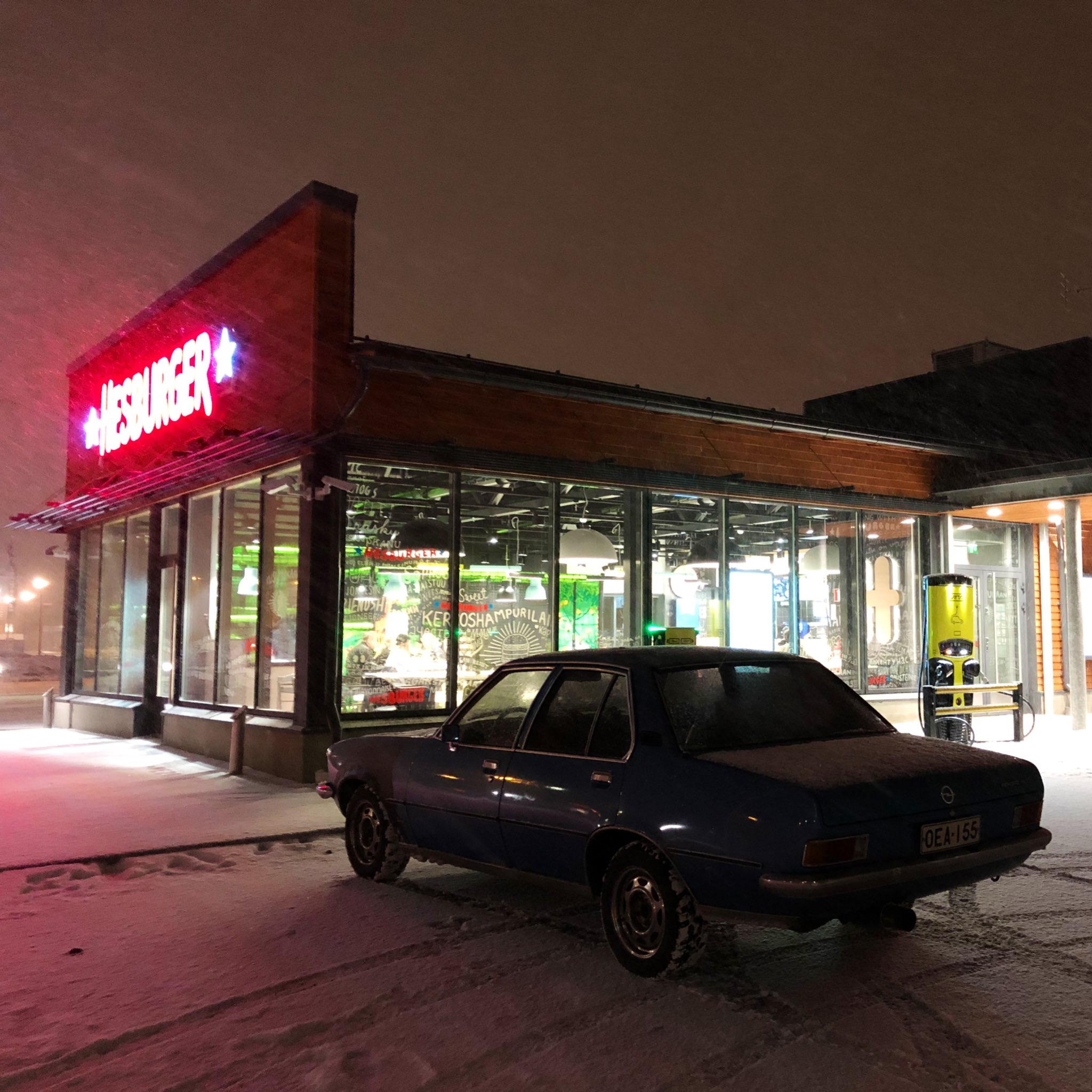 The drive north was a lot more comfortable and way less sketchy than with the Rekord two years ago, but I still had to take this shot at the same place. 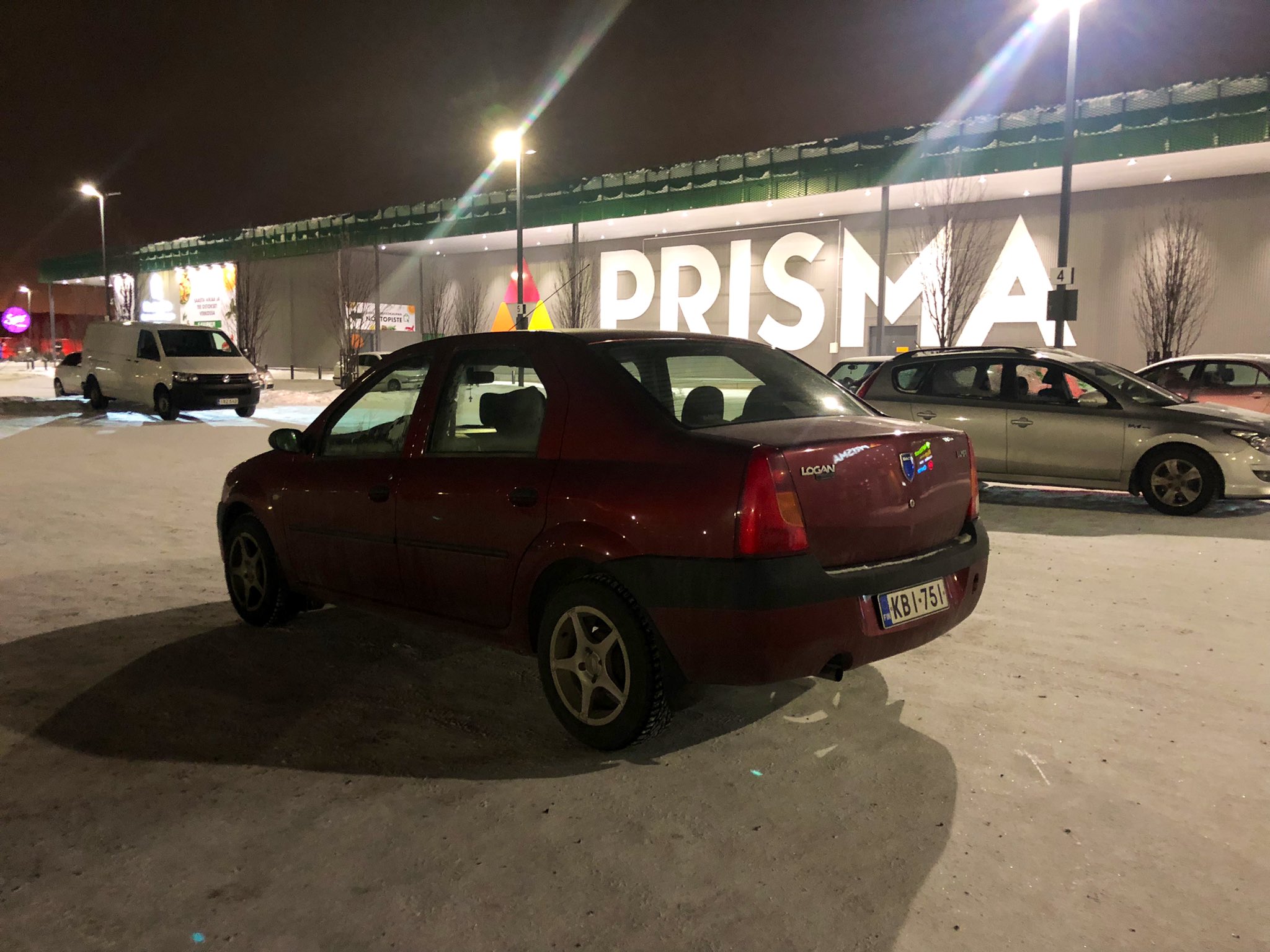 I also spotted a bona fide rarity while getting groceries for the meet. 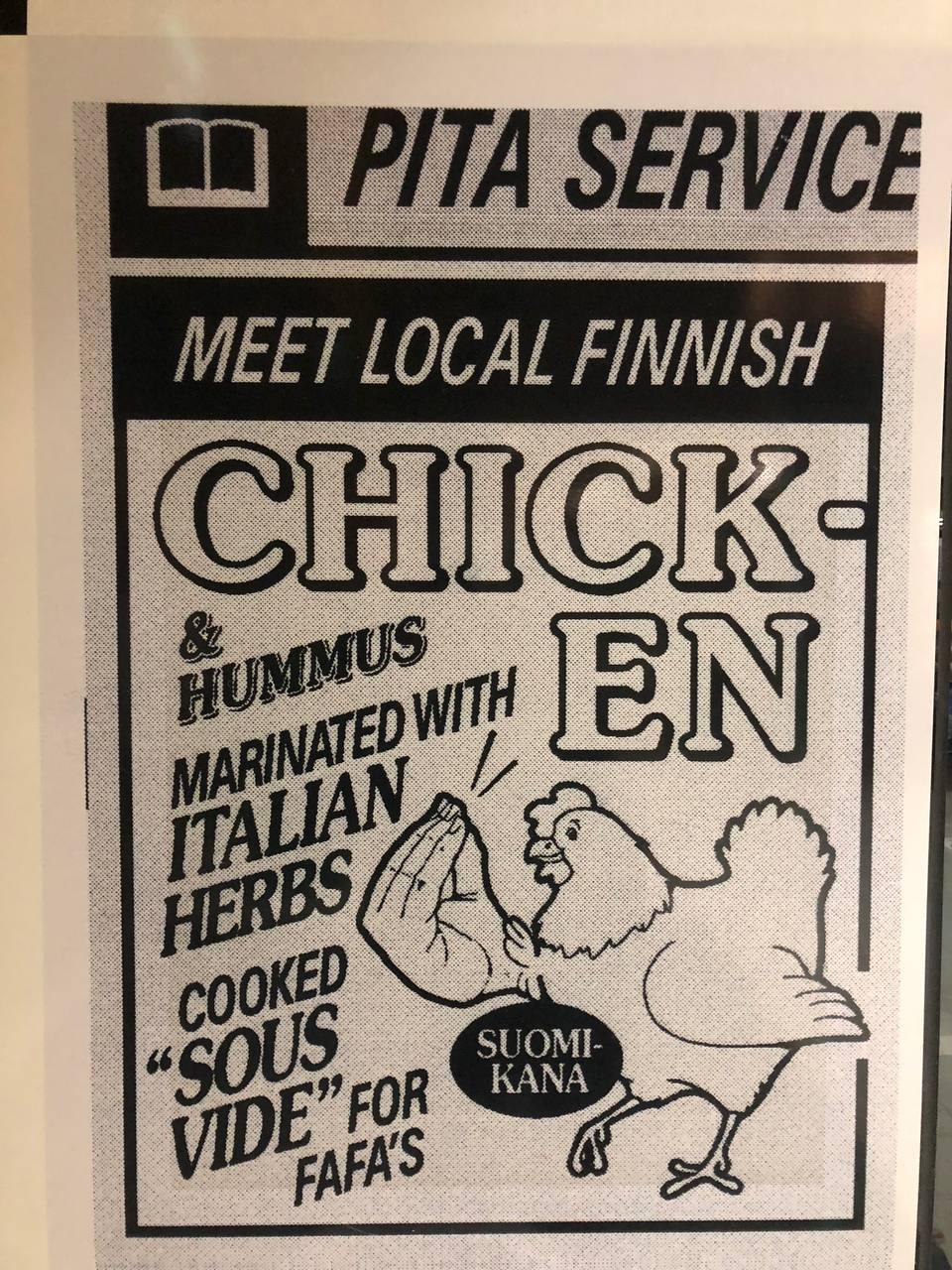 I did buy chicken! 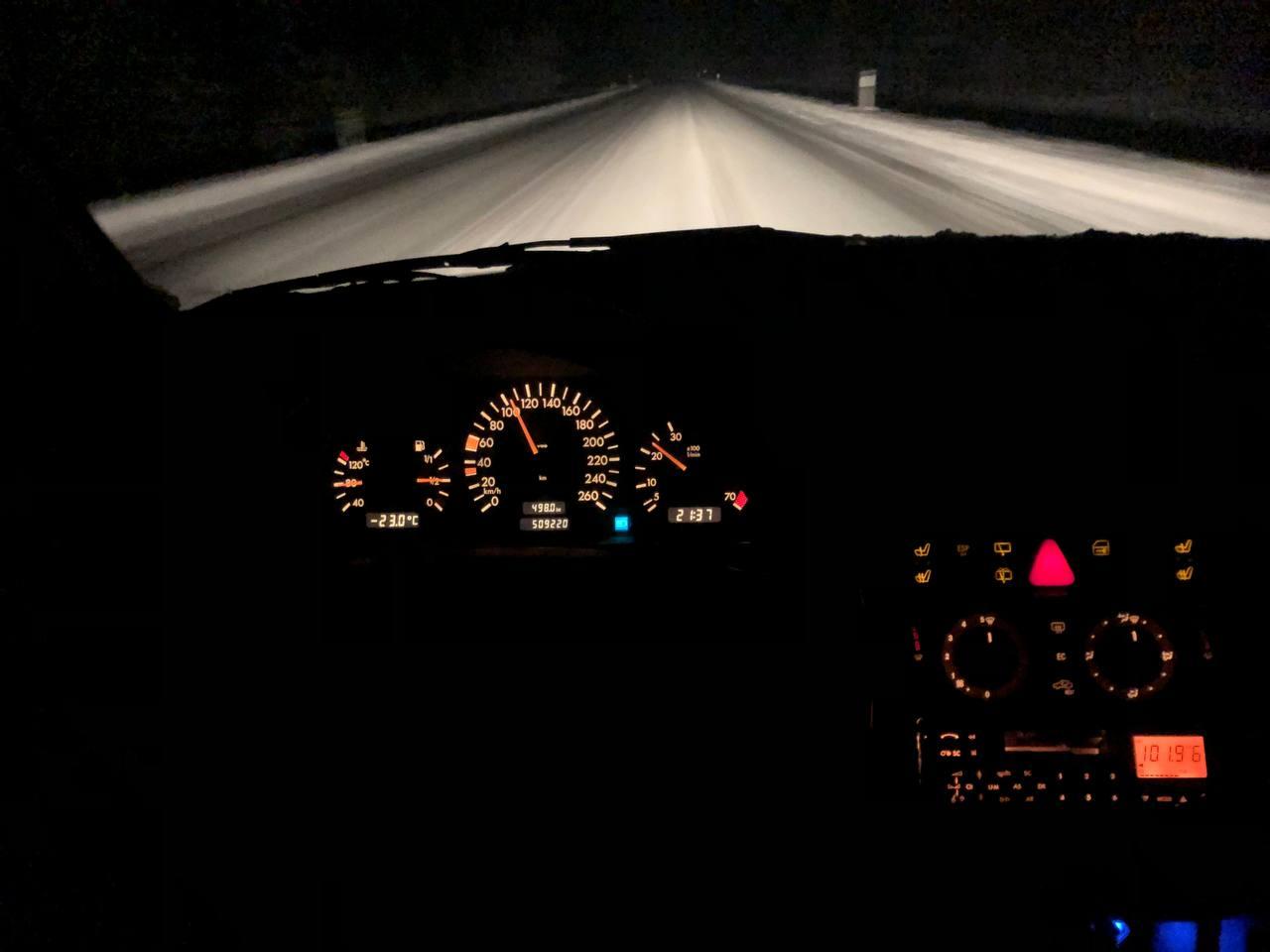 In the Benz, cabin temps were high and external temps low. 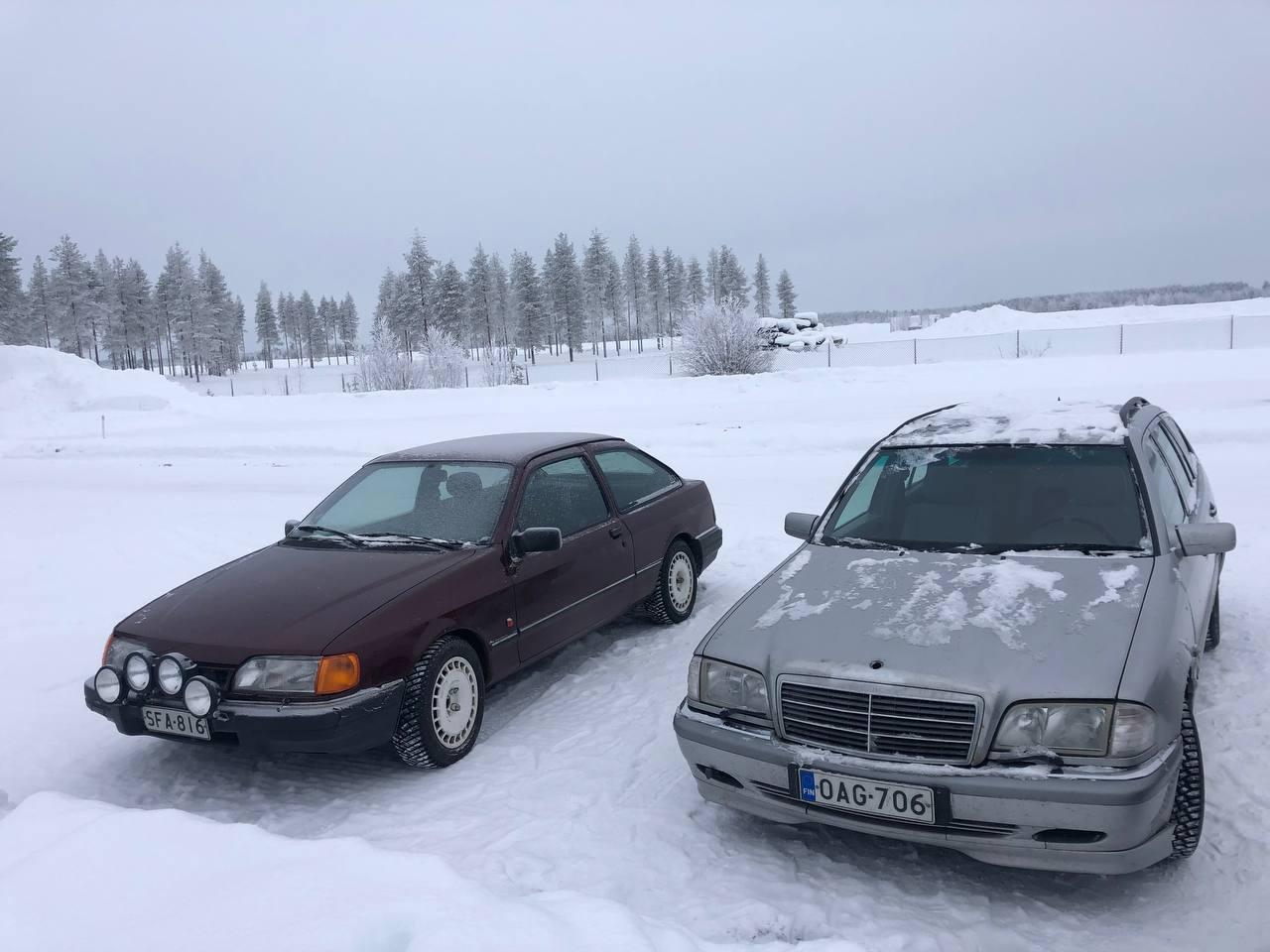 The CVH Sierra did show up this year, too. 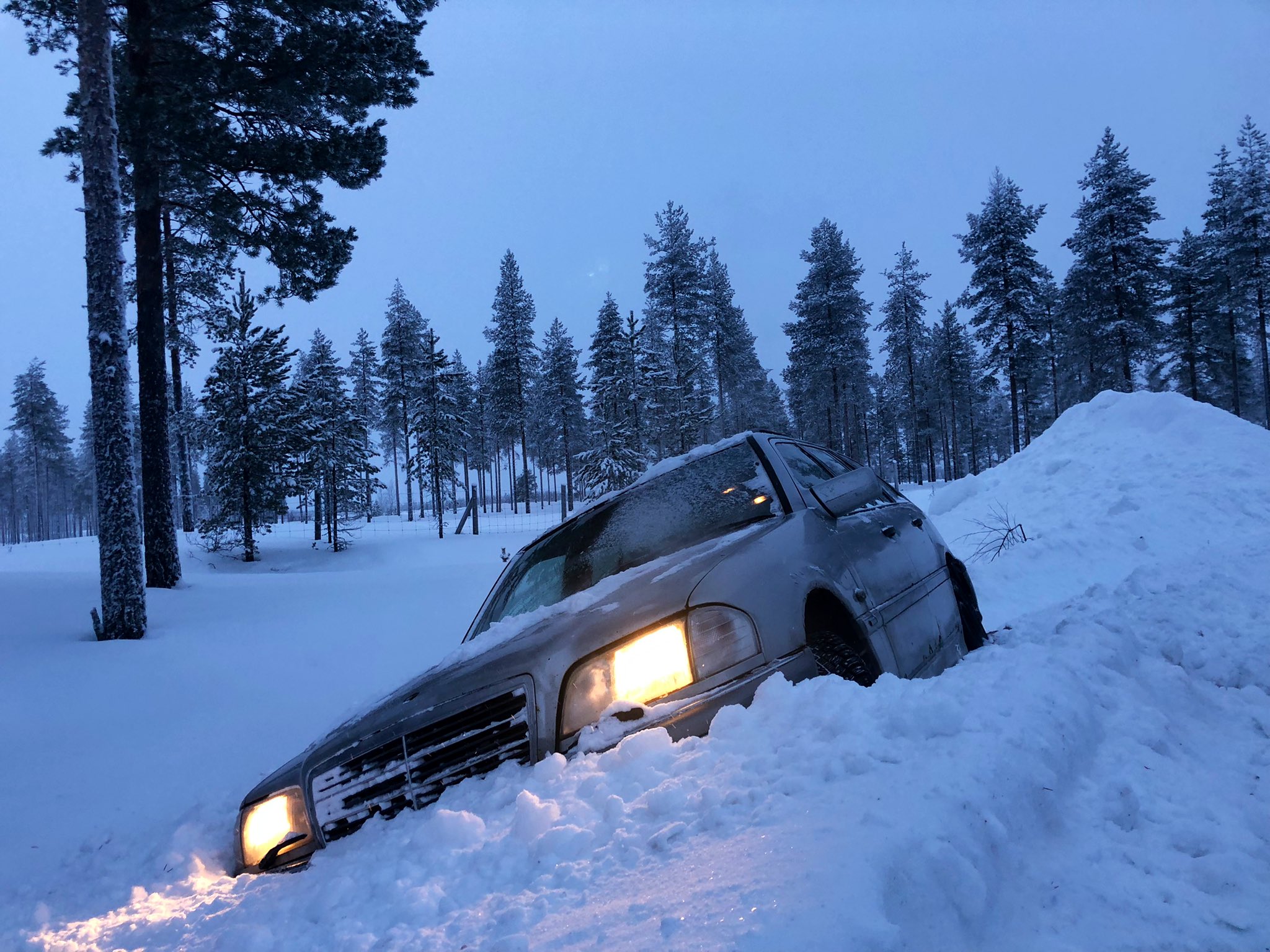 One of the deepest ditchings of the weekend was done by me on Friday. I guess that stomp on the gas was ill-timed. 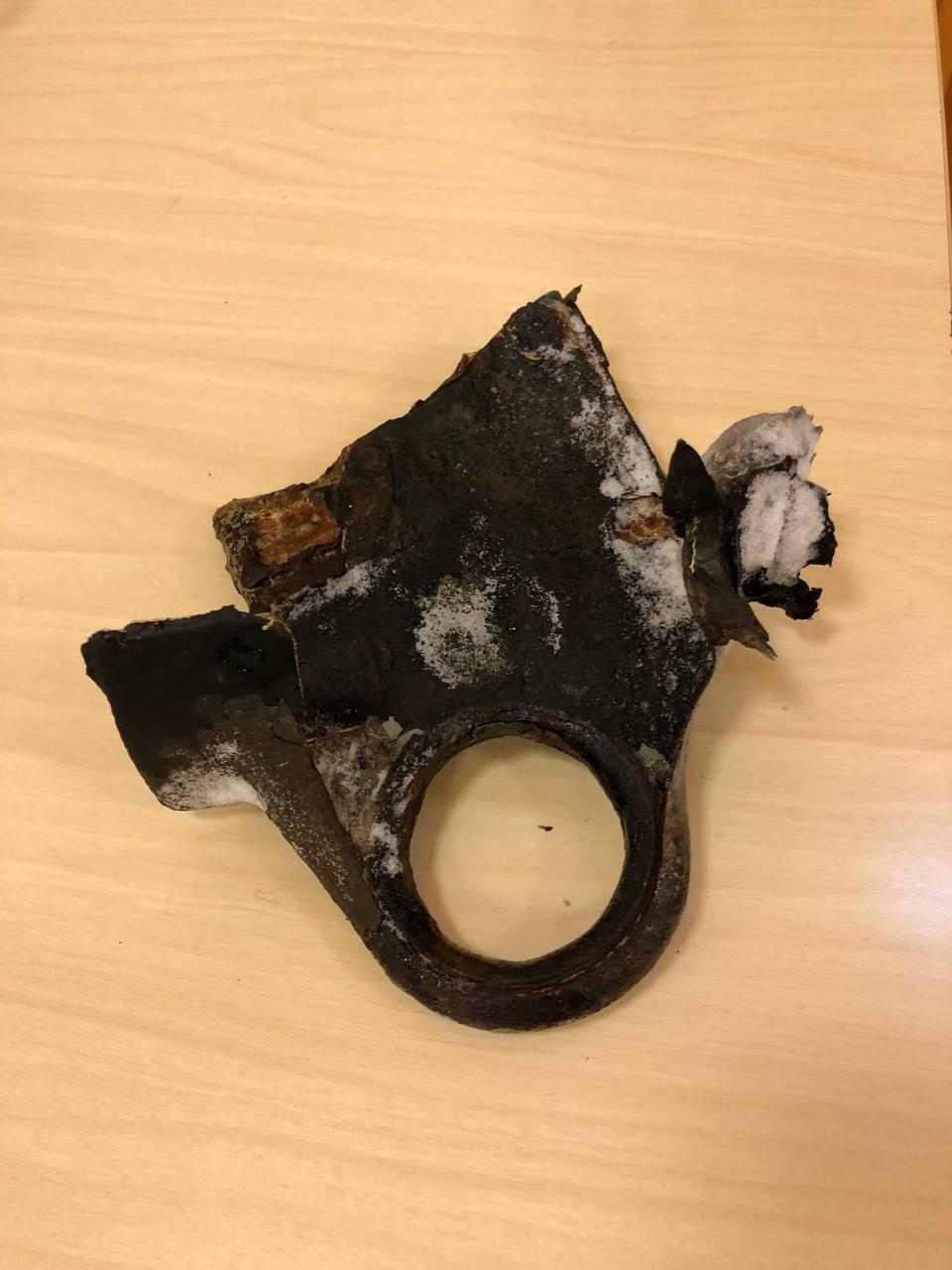 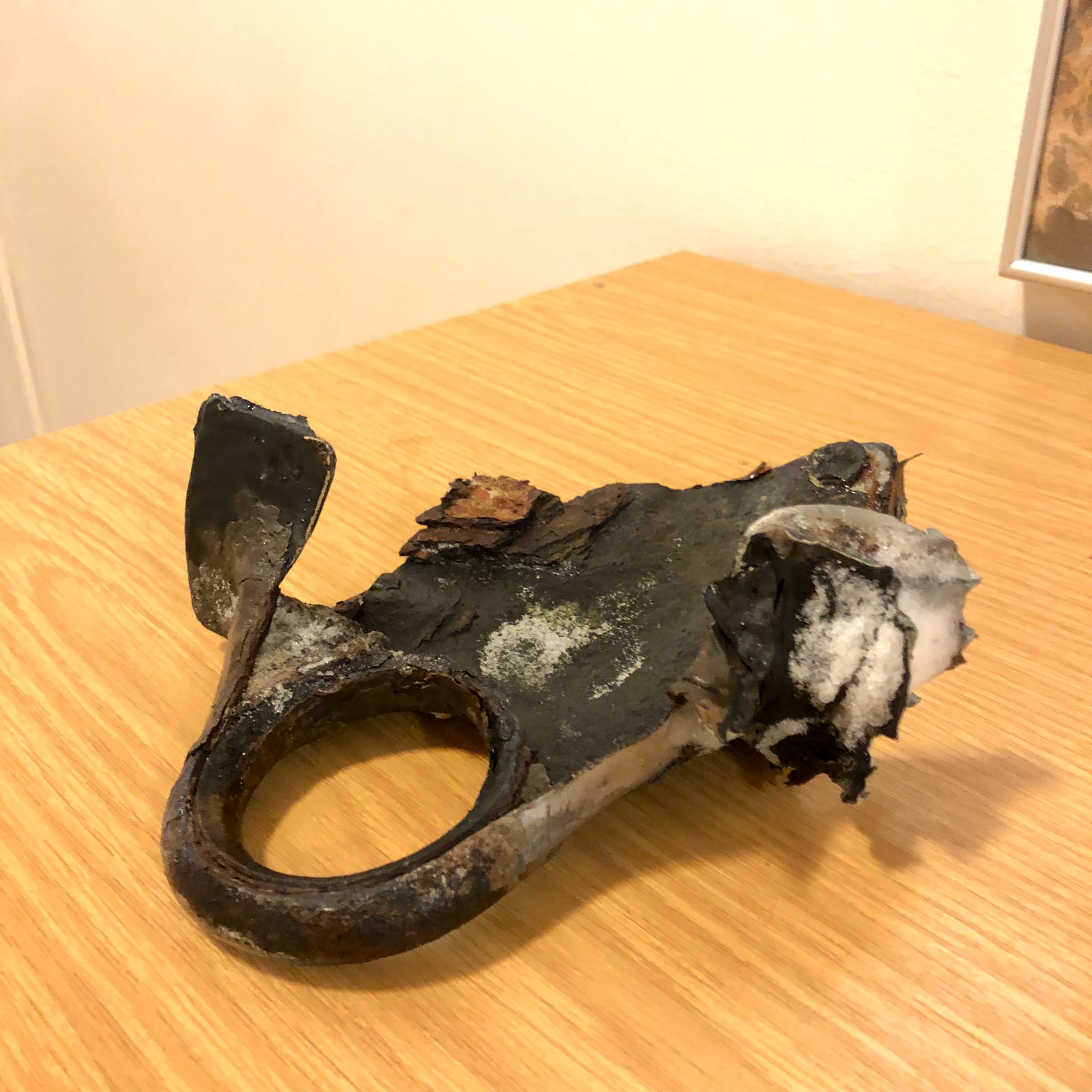 Just one of the bits that came off the slightly rusty, not completely mint Mercedes after one banking. 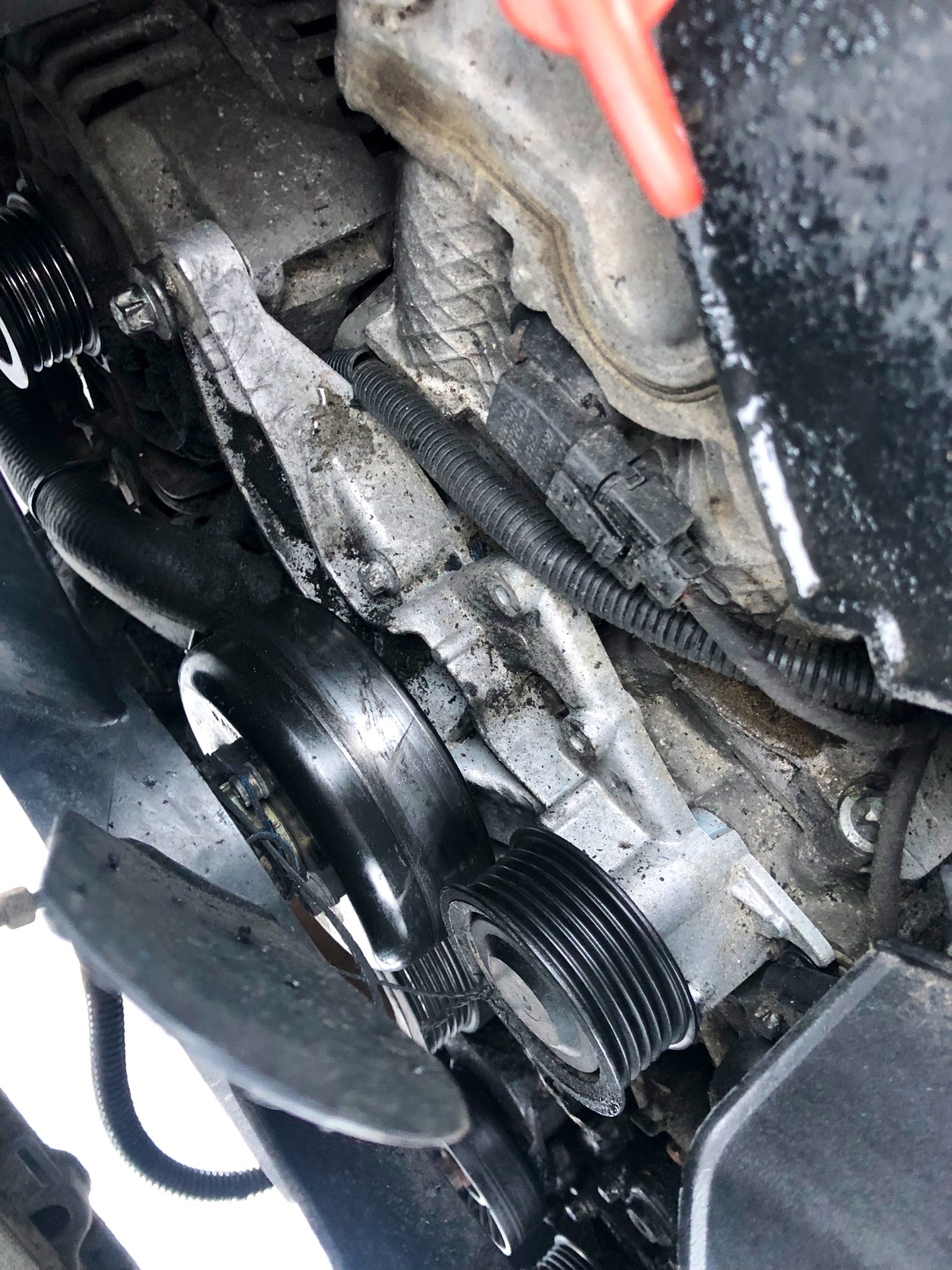 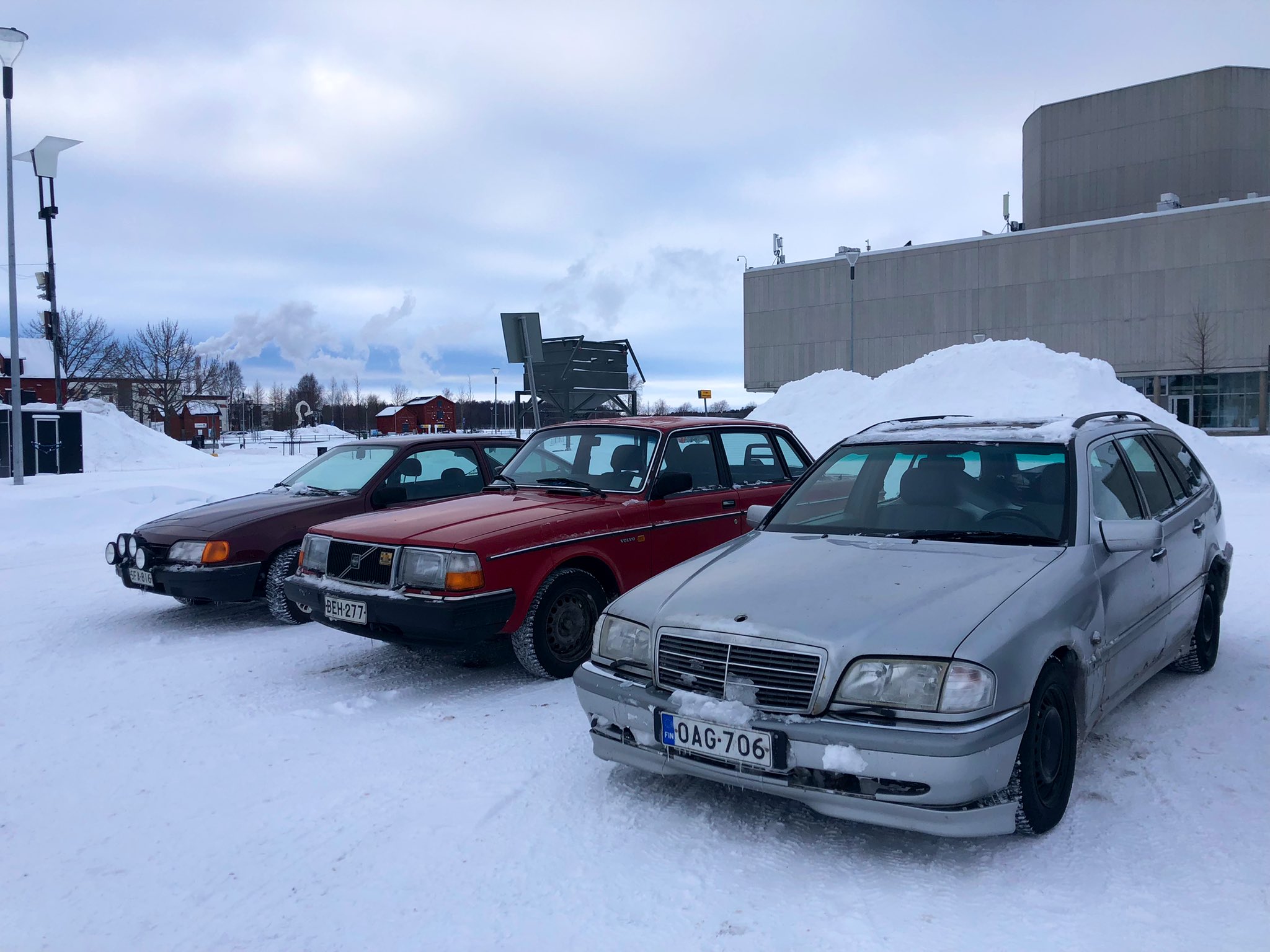 
And as sauna is a very important part of the Finnmeet, the weekend featured a lot of 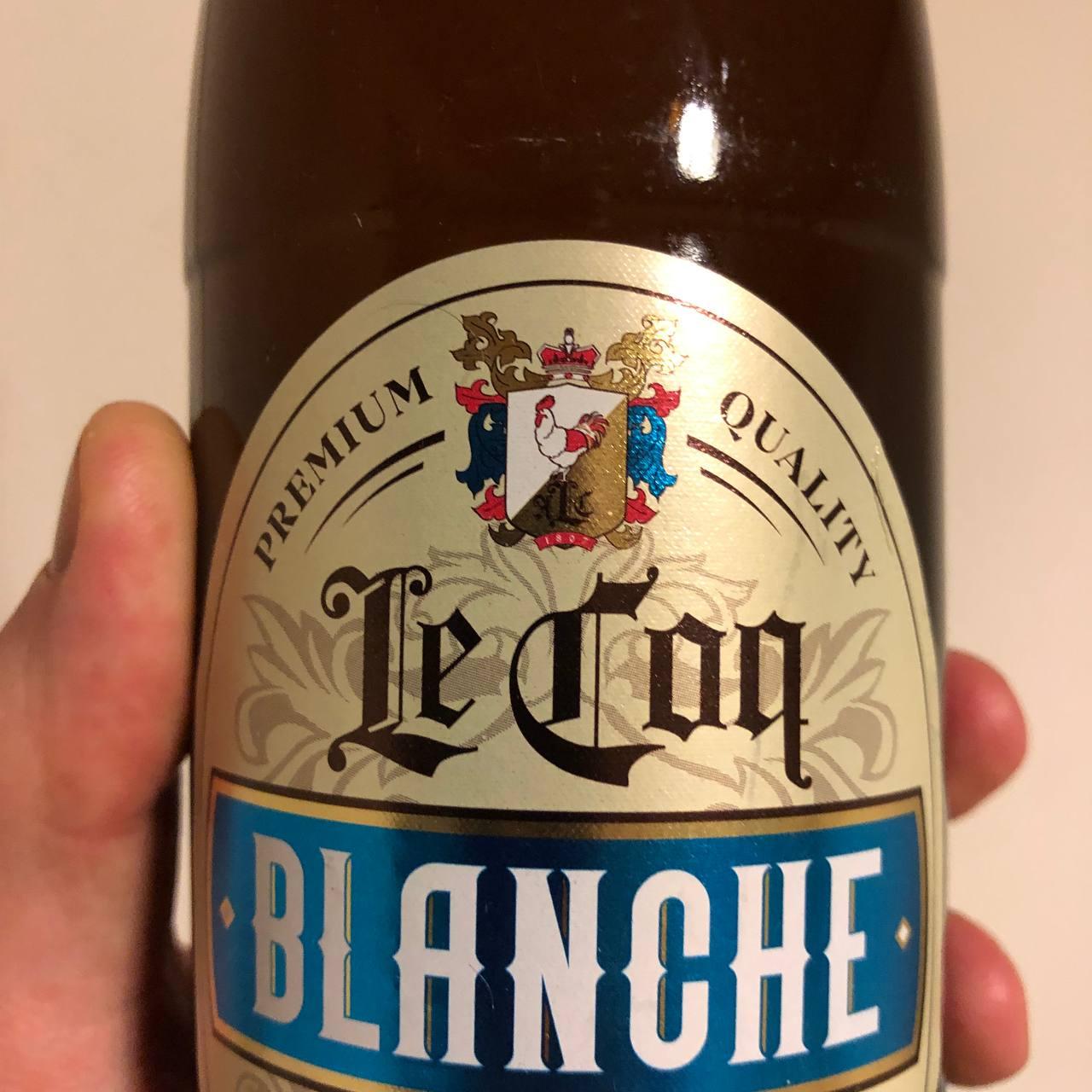 As usual i got myself some vacation days, but not enough so i has just friday to monday off the shift rotation, so i went friday morning to @DaBoom 's place to pickup a german omega.

But first its trunk needed to be emptied, which turned to be slightly difficult (Link to video): 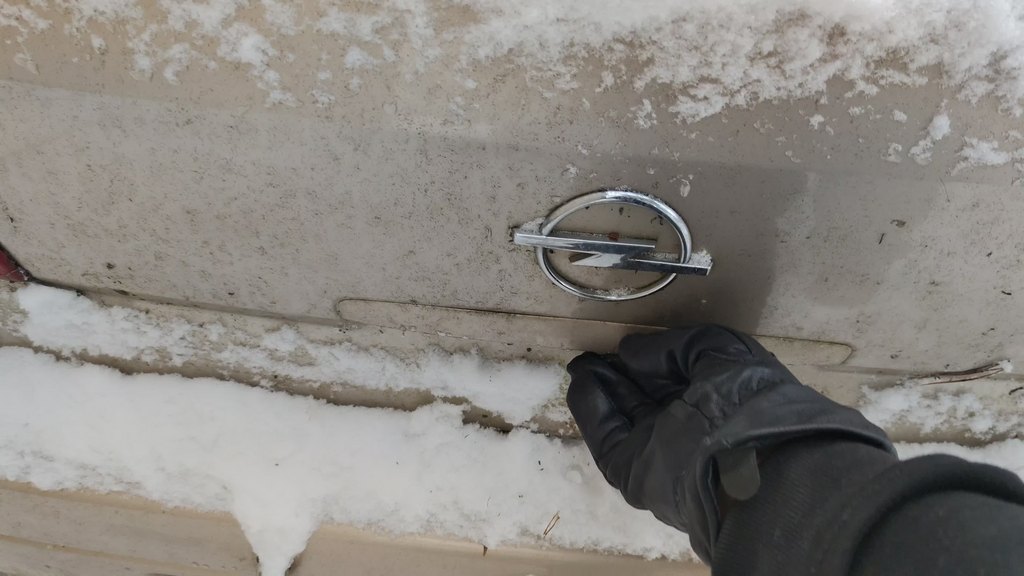 So i used the shovel to clear the frozen part away to open the guillotine-trunk:

Emptied all the bags full of empty beercans/bottles and then we went to get trasnfer plates for the omega and the DX.
Which immediately went down the drain, since omega has never been registered in Finland, it would have needed a permit from tax agency before the transfer plates would have been given....
The DX had easier time for the tranfer plates, but apparently for future our meet would need to be registered a private trackday

So we got back with the plates, made the DX run and stuffed it to the brim with baggage and tools D:
(i left the id3 at @DaBoom since the Summer car would have needed to be charged every 200km).

After couple turns, the exhaust was banging onto something, so we stopped and @DaBoom crawled under the lifted DX and fixed the exhaust:

With these fixes we managed to get on our way into the starting snowstorm!

At first the snowstorm wasn't that bad, but then it ramped up. The yellow lights in the DX were really nice on the eyes, and made some nice views some times (Link to video): 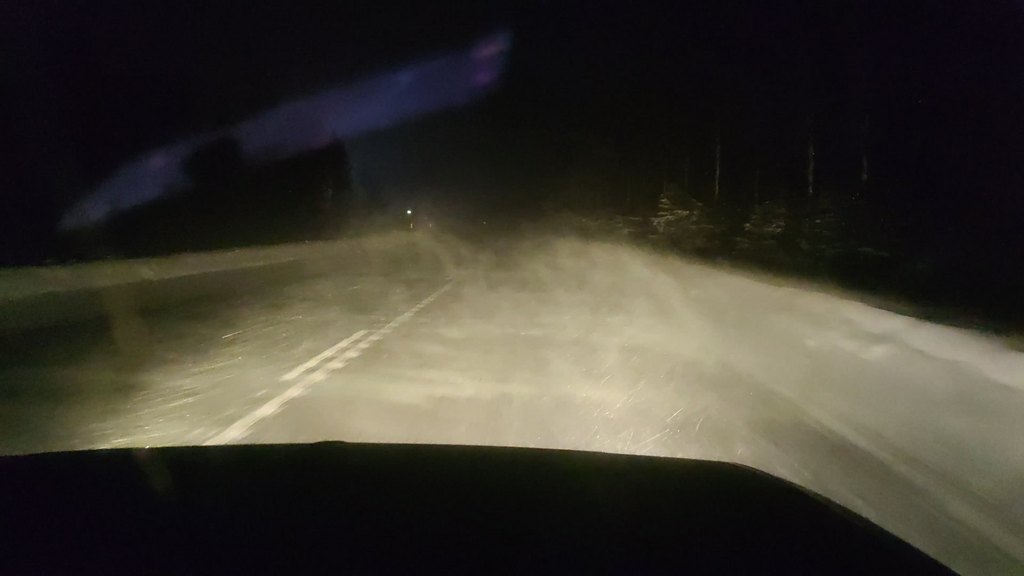 At this point the roads were getting slippery and snow started to move from the sides into the road. This point we even saw suddenly people braking heavily and saw hazard lights on, @DaBoom expertly shifted us on the other lane to get more braking power from the snow, and saw a car sideways on the road in front of us. We managed to brake enought and everyone on the other lane managed to evade the cars.

The snowstorm ramped up even more 150km before oulu, to a point where we saw a car out of the road with ambulance and firetruck next to it, we hoped that the people inside would be okay, and continued on with the roads that little by little did get less plowed.

Last leg from Oulu to Pudasjärvi wasn't plowed at all, so there were just some tracks left by other cars we used (Link to video): 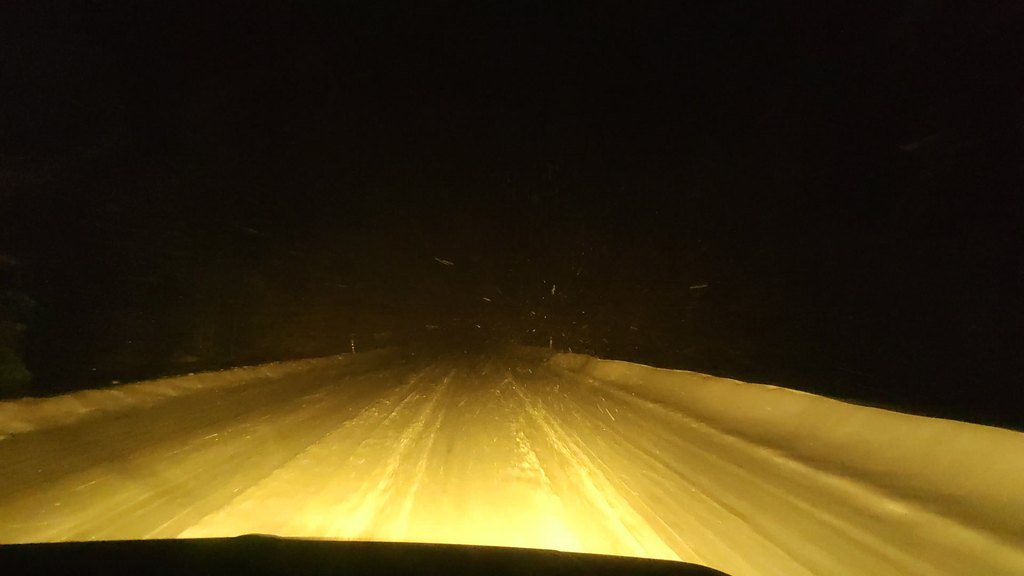 We got to the cabin just before midnight and the extra snow made the roads and ditches blend in and last corner at the cabin entrance we managed to ditch the DX (while apparenly @DaHitch was recording the event) (see the meme picture of the ditching on top).
After not so dignified way to me to exit the car we greeted people and got one of the mercs to tow the dx out of the ditch.

After emptying the car and getting myself a vodka & lime long drink with some sauna, we made even more small talk (weird concept this).

On saturday we got the airfield yet again and made it so that there was a cones set up for a slalom track!

And i got the perfect hat + gloves out (still missing my gloves, since they disappeared on sunday morning ;_; ): 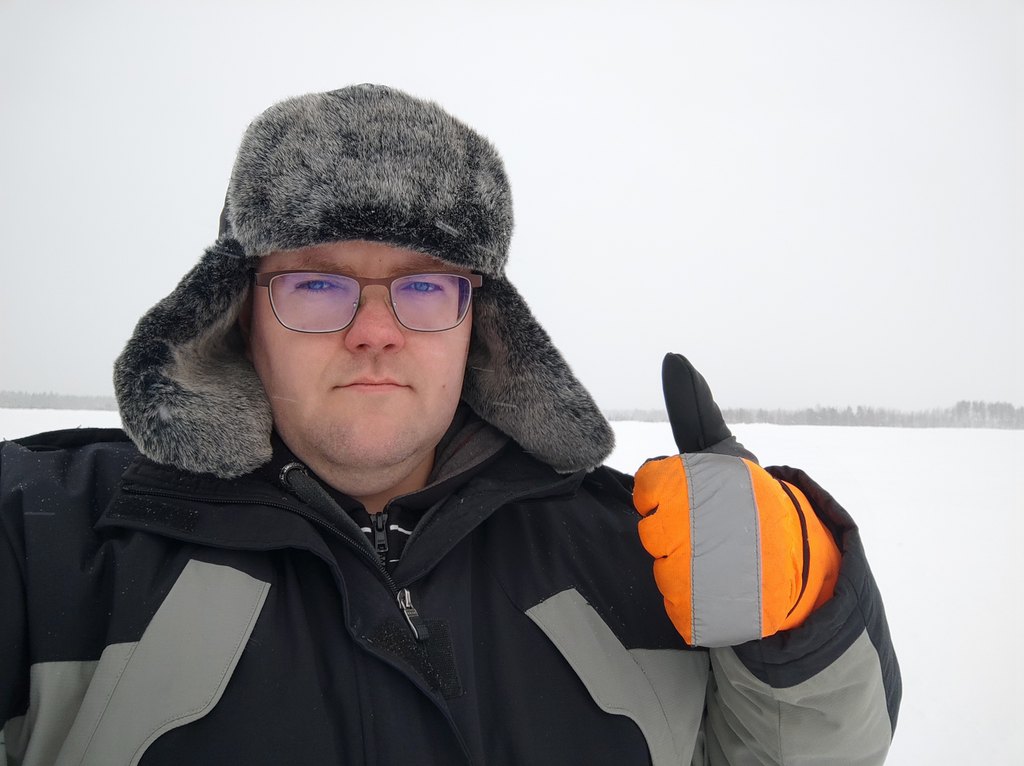 Got better view of volvo with some Flags (Link to video): 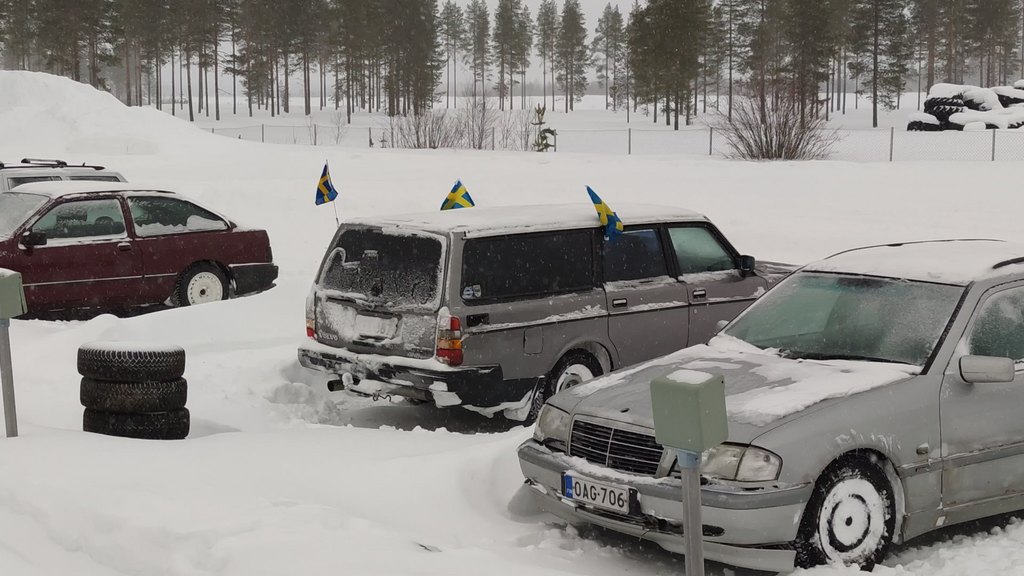 coming back from the track in the volvo, with @DaHitch in the trunck: 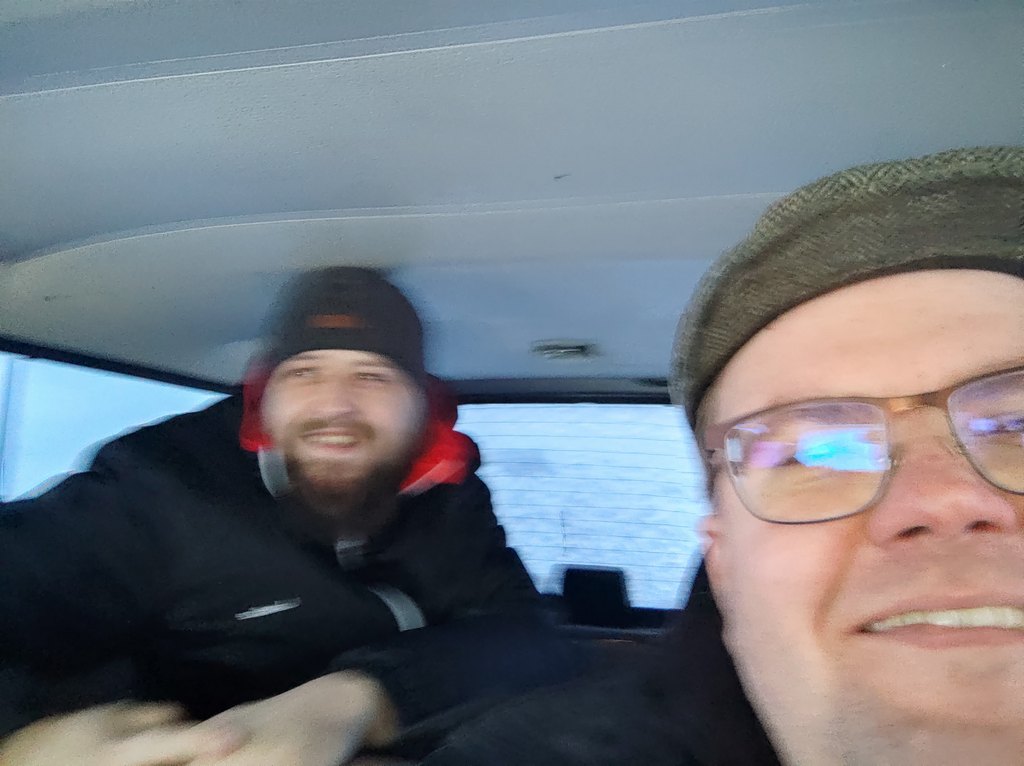 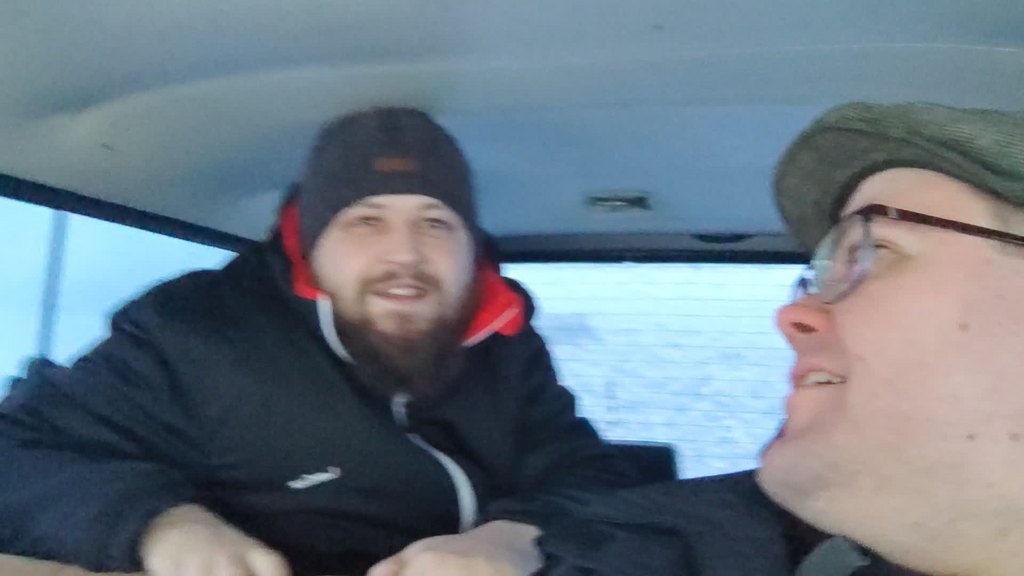 And while plowing the parking next to cabin, the volvo was reversed into a ditch D: (Video link): 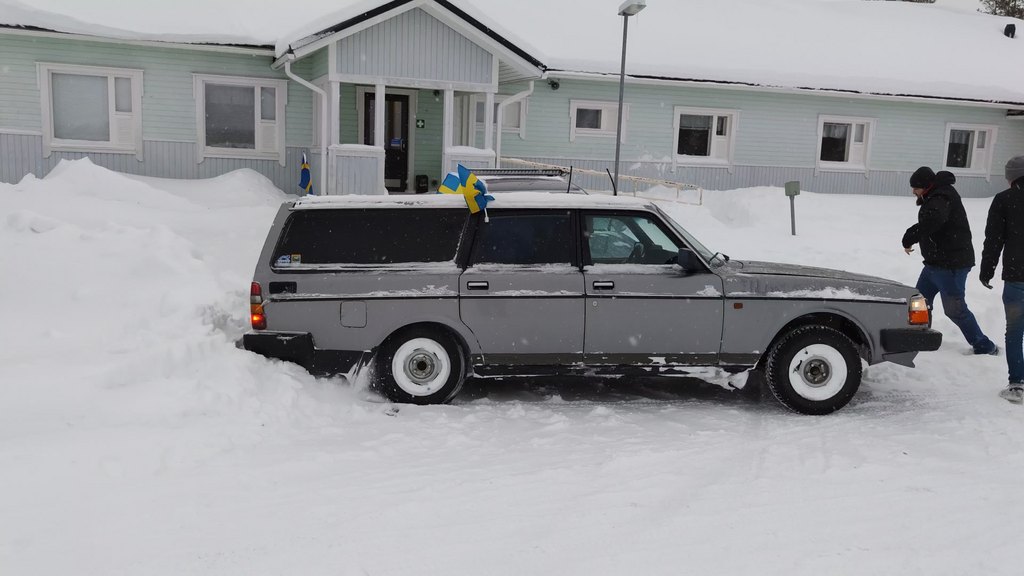 (panorama creating software went nuts on the pictures ) Here is my art, i call it "Life is short, Volvo eternal!"

After getting the volvo unstuck, we managed to start the Slalom course, and i made recording of some of the attempts!
Here is bunch of the slalom videos

After the day turned into darkness, we went to buy breakfast stuffs and some peflets for the group in the town:

And when we returned we had some reindeer and mashed potatoes, with some side Absith tasting.

On sunday since people were heading back, we didn't go to the Ouluzone and went directly to Kauppuri 5 for the burgers in Oulu (after making sure the cabin was cleaned ofc).
I got myself Double Butcher:

It was really delicious :3

While we had the burgers, the DX was thawing in the near underground parking:

After burgers we went to motonet to buy new wipers for the DX and had some meeting with certain bike.

On the way back there snowfall continued, which made it so that i could get good picture:

Some tens of km's before Jyväskylä there was a drifting event with the DX, when the road was suddenly plowed, but we managed to use all 3 lanes of the road, whle first going right side to where we were going followed by the left side! The driving skills of @DaBoom showed me there were insanely good, and we didn't get hit by the 25m truck behind us D:

The snow made its markings on the car, which can be barely seen on this picture:

@Anesthesia requested this picture to be taken after we left certain city: 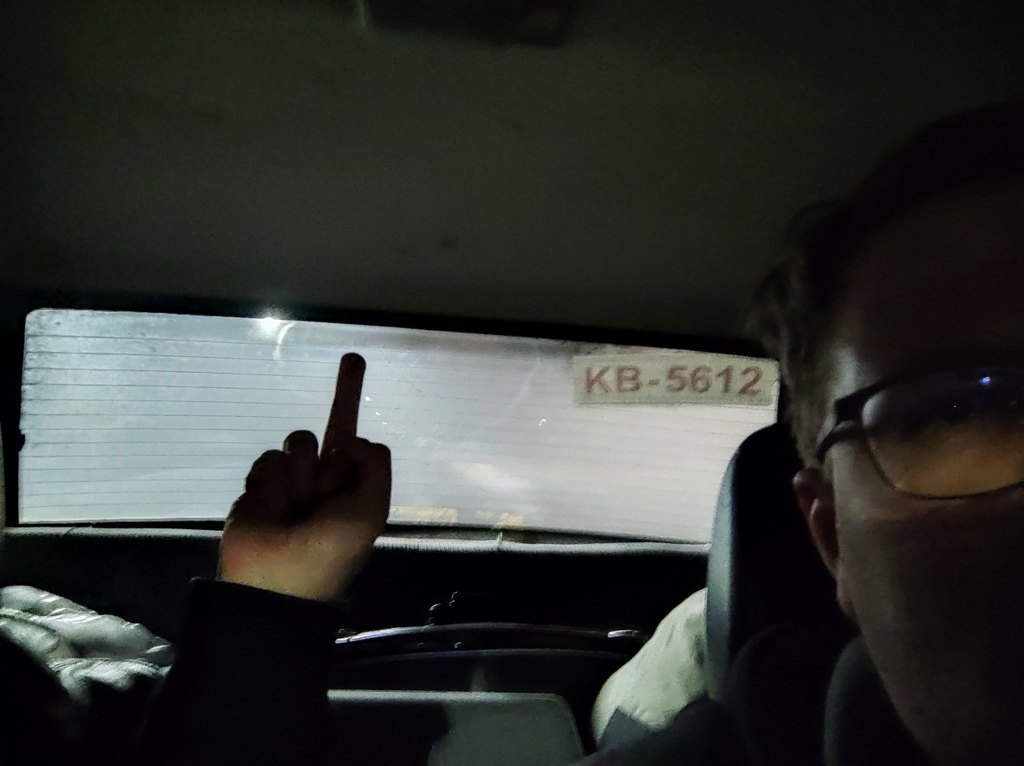 Rest of the trip went uneventfull, but when we got back at @DaBoom's house, there was plowed snow we had to unplow tomget ouf my car and park the DX in its place:

After showeling the snow away, i got my car from the parking (and charging, thanks to that) i packed my bags and left to home.
<MXM> ZeDestructor, there is no trying to Galantti. You either Galantti or not Galantti.
Motives Of transport:
VW id3

Oh nice write up! I'm still very sorry I missed the meet. Thanks for remembering the finger!
Have you ever noticed that anybody driving slower than you is an idiot, and anyone going faster than you is a maniac?

Anesthesia said:
Oh nice write up! I'm still very sorry I missed the meet. Thanks for remembering the finger!
Click to expand...

Somewhere between Pudasjärvi and the south. I'll tell you the whole story elsewhere.