Matt2000 said:
As a patron I got wind of that in the week, that’s the same site where I drowned my first Discovery, so I know that those deep holes are really hard to spot!
Click to expand...

Smashing. It's always a good reminder to see how - despite the driver probably standing on the virtual brake pedal for a while already - the train was still going painfully quick after it cleared the crossing.

It is also good to notice and remember that even a short, light, passenger train can easily weight in excess of 200 tonnes and take more than 500 meters to stop.
Going fast out of rage, pride or boredom is like buying a ticket to crash.

The locomotive alone is in the 80t range ?

They're getting lighter: I used to regularly take trains, some 20 years ago, whose locomotive was 96 tonnes (12 tonnes each for the carriages). I had no idea how much a train could weight, and I was amazed reading those numbers, directly on the train itself.
Going fast out of rage, pride or boredom is like buying a ticket to crash.

Well, in most of Europe at least, most routes are limited to 22.5t axle loads, and most locos have four of them... 80-89 tons comes naturally within that restriction. No point in making them lighter, because mass ~ tractive force.
And yes, reading numbers on trains is fun ? 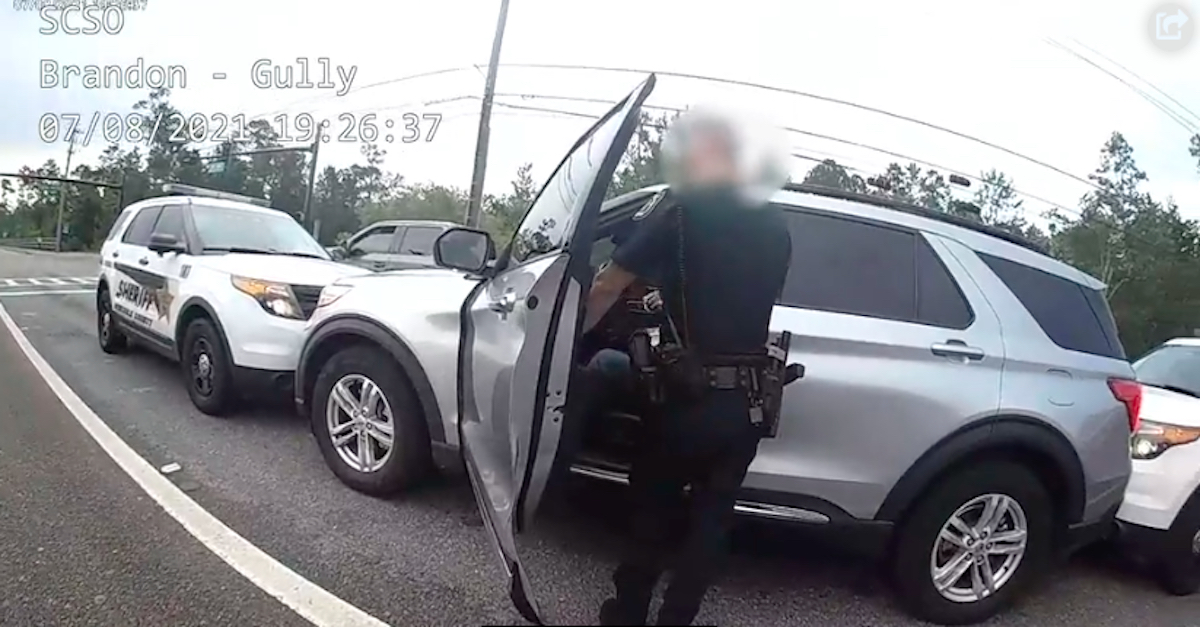 'This Never Happened': Florida Sheriff's Captain Found Passed Out in Traffic Was Sent Home with a 'Fist Bump' and No Sobriety Test

A sheriff’s captain in Florida appeared to get special treatment from law enforcement officials after he was found passed out in the driver’s seat of his SUV with the vehicle in drive and his foot on the brake at a crowded intersection.

404 lol not found: Some Russian instadiot [hardly any followers or content, no idea why you'd plaster that all over your Porsche...] chose blind turns to pass, only blind luck avoided the inevitable for now. How do Swiss authorities like ratting out?

^ I would not. Official swiss police info: dashcams:

lip said:
^ I would not. Official swiss police info: dashcams:

^ Ah, because of the swiss plates I thought this happend in Switzerland. - But it was in was Italy. That's makes a big difference, as dashcams are not only allowed in Italy, the footage can be used by the police.

So you could e-mail the italian rozzers. But I would use only a few screenshots at first to test the waters.

Btw, I did this once (sending a video of a traffic incident) to the swiss police, and was successfull with it, the driver got fined. He went straight over a red light infront of me (I made a post about it here in FG) but that was in 2009 when dashcams were a novelty, and there was never a question towards me using a dashcam. Also the police person I had e-mail contact with was very open with giving me information. But times have changed.
Last edited: Jul 31, 2021

Using the panels and writings in the video, I can say the place is this:

In Italy, videos from dashcams -can- be used to determine the events, but the decision to accept them or not is on the authorities (and eventually on the judge, if you push it hard enough in that direction).

However, you are only allowed to use them if you are one of the parties involved in the incident, unless the video records a crime (penal justice, not private justice ("private" as in the litigations between private people), in which case it can be used as evidence by the State itself to prosecute the criminal (in penal justice, it's always the State against you).

This means that you cannot have someone fined for dangerous driving on the basis of this video (you need an official recording made by the police with an approved camera), but you could have them arrested if that was a hit-and-run.

Another important thing to remember is we are very concerned with privacy. It is forbidden to publish the video if someone is recognizable -and- you don't have an express written permission to publish their image in that video. So the registration numbers and the faces of bystanders should be all blurred before publishing
Going fast out of rage, pride or boredom is like buying a ticket to crash.

Apartments at the exclusive address in Edgerton cost from £400,000 to £1m