Ownership Verified: I'll have some off - 1990 Land Rover Discovery Bobtail

Update: This thread was completely lacking any introduction so here we go. Back in early 2017 Keely was properly broken and a familiar truck showed up on eBay, one that had been built a number of years previous by a friend in a local off road club. I had always watched it at events and admired it, hoping one day to turn Keely into something similar. Well, with things the way they were I wasn't going to miss this opportunity and bought it. Meet (stubby) Bob - my scaffolding-clad, 200Tdi Discovery 1. 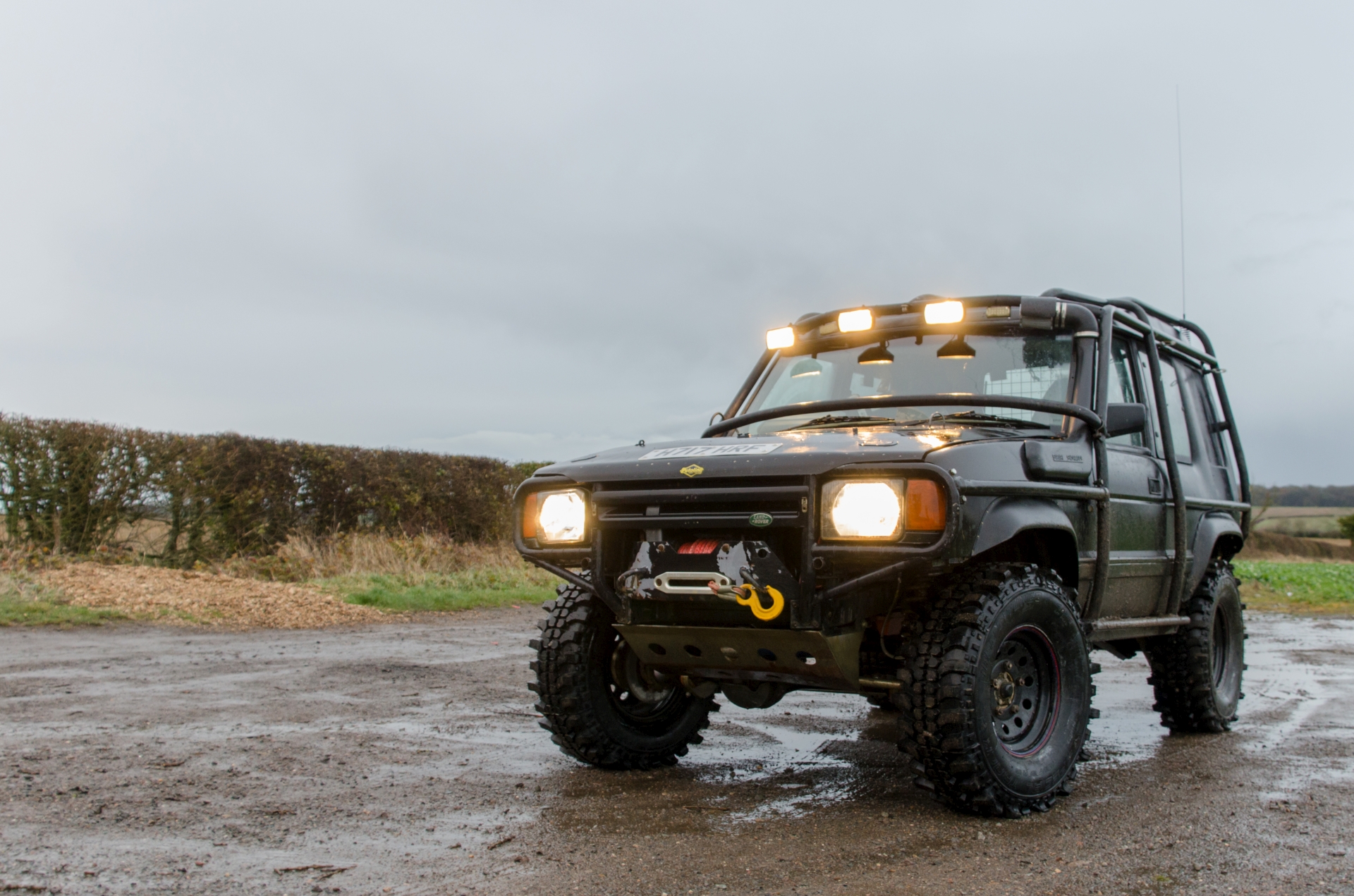 Bob was featured in Land Rover Owner magazine when it was owned by its builder, a chap called Pete. Here are the pages from the mag:

They also made a video.


So, the kit it has and the comparison to Keely. Where to start...
It also came with a big stack of spare parts, some being quite expensive such as winch motor. The engine has had a new starter motor, alternator and appears to have a new vacuum pump. There's very little that doesn't work but quite a few things need attention, here's my current job list:
Anyway that's far too much waffle - pictures! 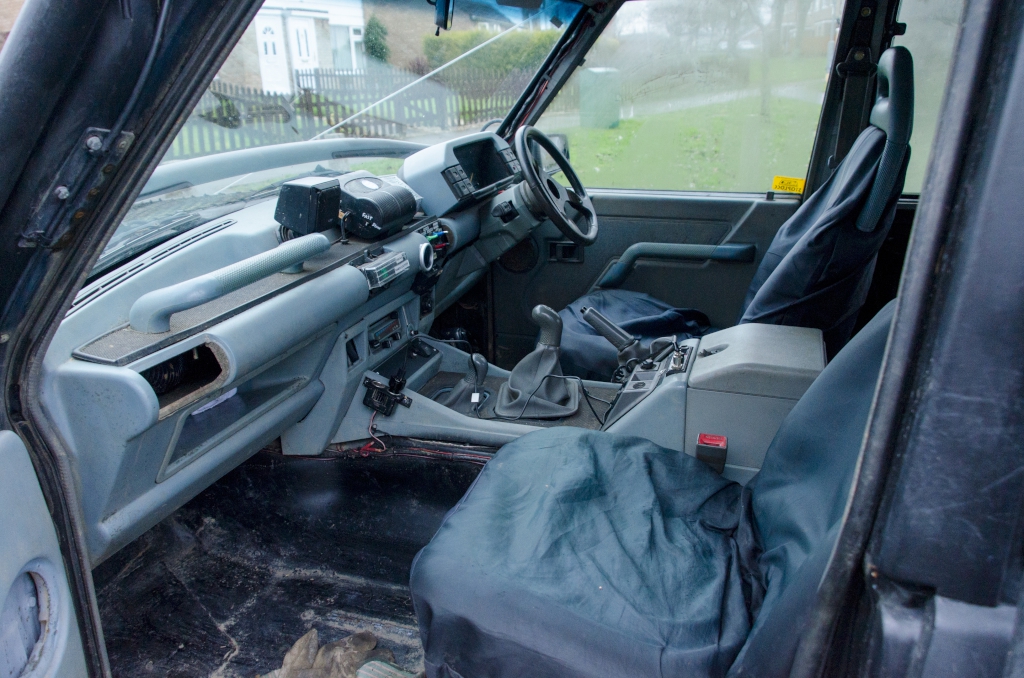 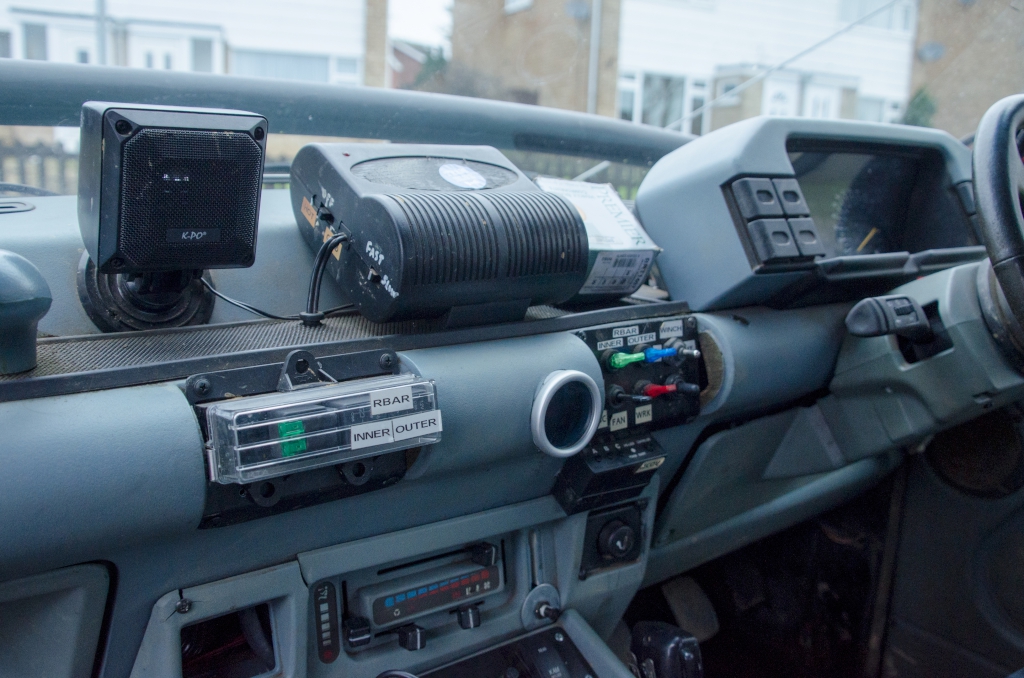 Closer look at the switches 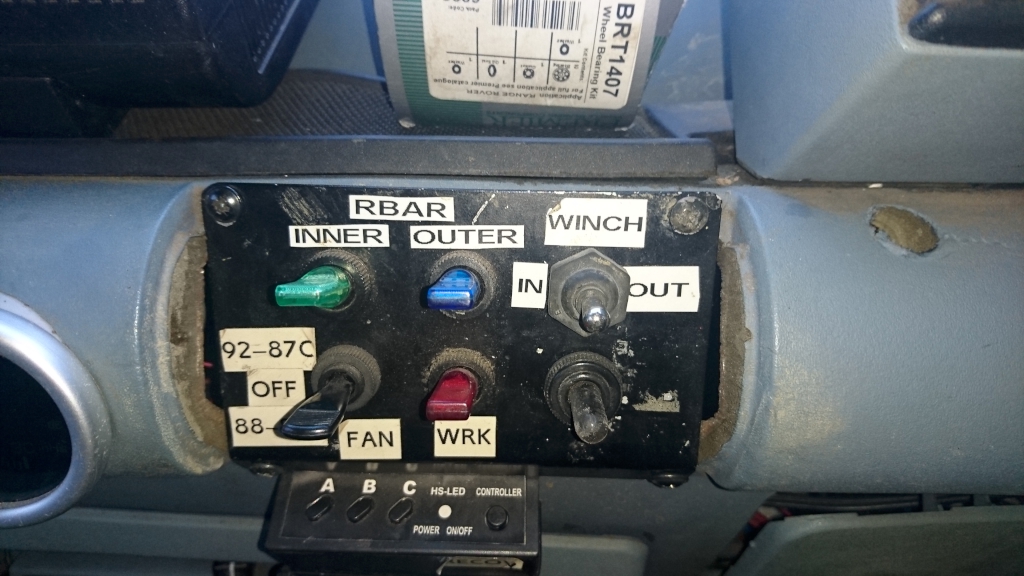 Rear differential lock switch. The push button is a 30 amp switch, never seen these strange things before but they work. They're made in Germany and I think they have an internal fuse but I haven't found out how to get to it yet... 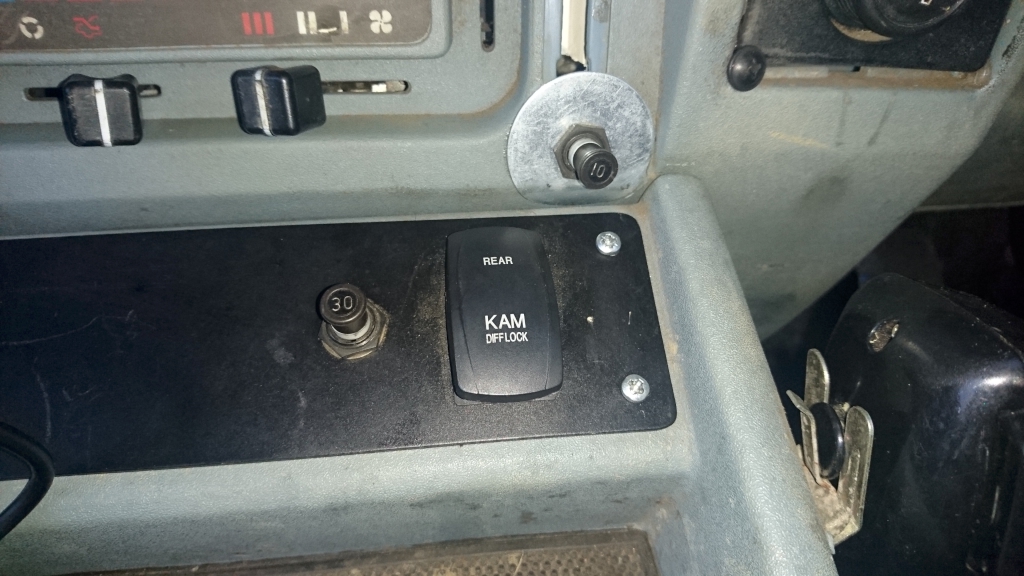 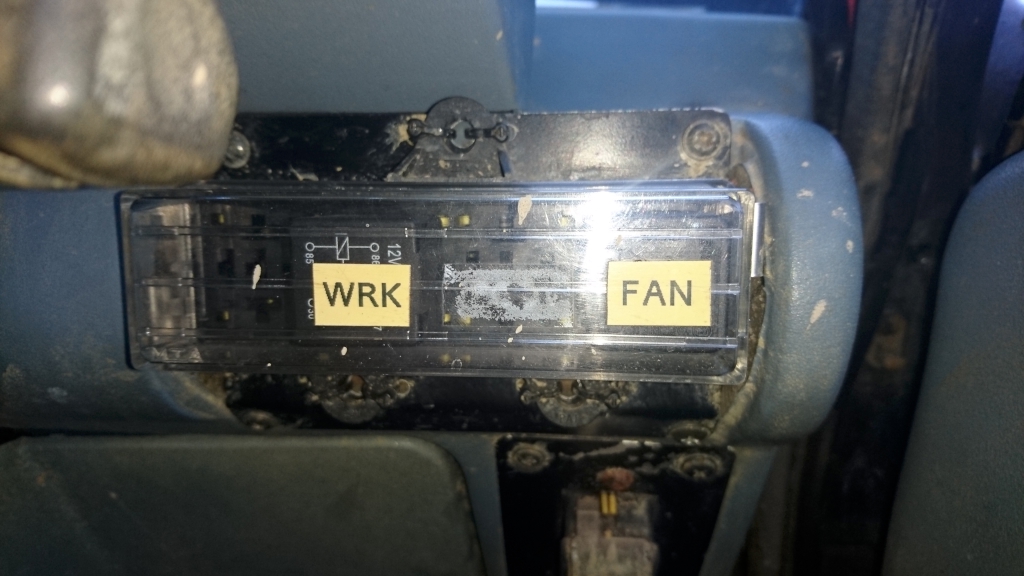 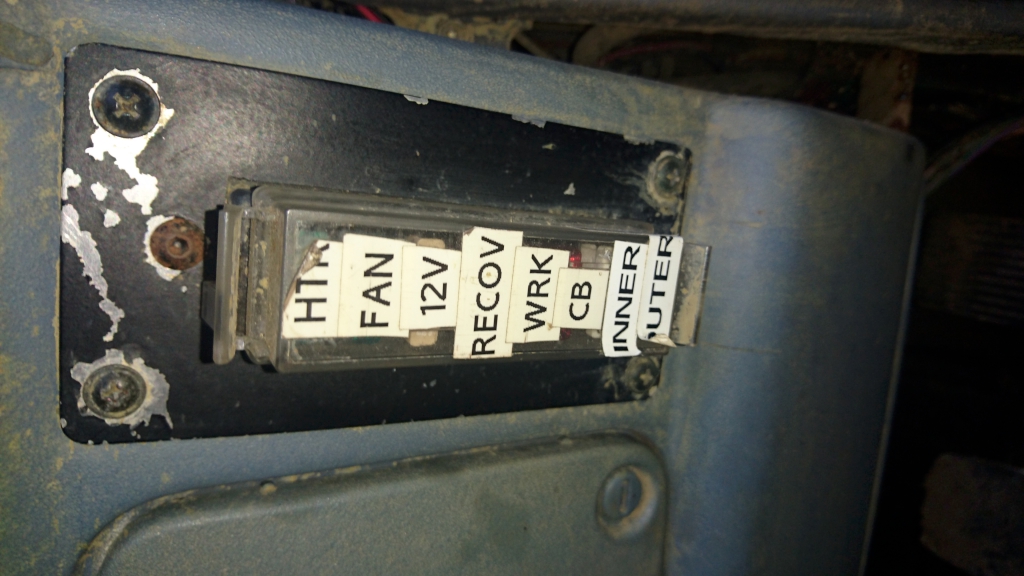 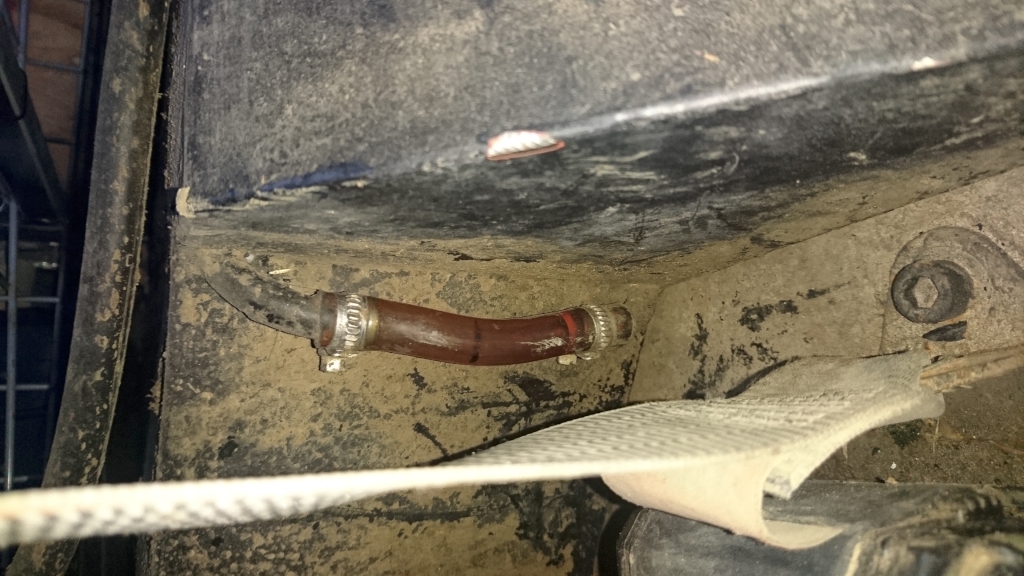 This is now the derpiest vehicle on the forums. Well bought :lol:

I expect to see it at Ringmeet. I'll pay for the lap. Shotgun.

Was there not some other way to measure the fuel level?


public said:
This is now the derpiest vehicle on the forums.
Click to expand...

I think he just overtook Adrian and his Donkervoort in the category "insane vehicle choice".

thomas said:
I expect to see it at Ringmeet. I'll pay for the lap. Shotgun.
Click to expand...

If you pay for the transporter too then I might think about it, there's no way I'm driving this thing any further than the coast.


Spectre said:
Was there not some other way to measure the fuel level?
Click to expand...

He could've fitted a sender but this was a simple solution that can't really go wrong or give an inaccurate reading. I'll probably replace the pipe at some point with a new, clear piece. Currently have no real world idea of how far it goes on a tank.

Edit: Oh and it turns out those switches are thermal circuit breakers. They'll automatically trip if the circuit draws too much current.
Last edited: Jan 31, 2017

I approve of this insanity!
I've always had an irrational fear of anamorphic armadillos.​

So is this ja Sport Utility Vehicle or what? :lol:

Amazing car, I hope to see it some day!
flickr

You're mad, but in the best possible way.
Moths are just goth butterflies.​

Awesome. Sam and I would love to come and join you on one of your off-roading weekends - hopefully we can fix something up for later this year.
WillDAQ: To use the technical terms: "the Mustang is to aerodynamics what horse shit is to fine dining"

You seem to have lost the back of your Disco, mate.

/me waits for the negrep
"Well, that's fine. You waste your money on a Mustang or a Ferrari. The fact is that if you want a sports car, the MX-5 is perfect. Nothing on the road will give you better value. Nothing will give you so much fun. The only reason I'm giving it five stars is because I can't give it 14."
--Jeremy Clarkson on the NC MX-5

Lastsoul said:
So is this ja Sport Utility Vehicle or what? :lol:

Amazing car, I hope to see it some day!
Click to expand...

I'd like to think SUV stands for Seriously Unstoppable Vehicle.


MWF said:
Awesome. Sam and I would love to come and join you on one of your off-roading weekends - hopefully we can fix something up for later this year.
Click to expand...

That would be great, I've scared all my local non-LR friends already so I need new victims.

I hope you don't think I ignored your advice in the eBay thread, it just makes more sense than pouring cash into a bottomless pit.


WDWBen said:
You seem to have lost the back of your Disco, mate.

Parts falling off is a common problem anyway, how can I negrep?

Wow, what a cool toy. And it has a goddamn exoskeleton!

Very cool. Good call on removing the wires I think. My first thought was that those things could do some pretty final destination-esque things in a crash.

What was the purpose of the cables anyway?
Threads: Panda, 7, LS400, Daimler, Kawa​