Jacobfox said:
He drives it on most days when it's not raining. He doesn't take it when he has to take both my brothers to school (not often) or when he meets with people where it's inappropriate to pull up to a meeting in a Ferrari. Namely city council people etc. He also has an A3 as his car for those times when he really doesn't want to be pretentious or it's pissing rain. He likes that a3 a lot, but I think he's come to the conclusion that it's slightly too small, because it's neither an econobox, nor an executive car. More news to come if he decides to sell the A3.
Click to expand...

Interesting, so he doesn't not drive it because it's somehow unsuitable for being driven daily. But yeah, an A3 is a bit of a step down... it's just a basically a Golf afterall. The S6 is your mother's car?

Sadly in my case, as I said before, I don't think my dad would go for something as sporty as a Ferrari. He wants something with all the creature comforts, which I guess is why he likes his AMG so much. He'll probably end up with something like an R8 or Conti GT for that reason... although I'd never let him buy the grampa mobile Bentley. He's fallen in love with the R8, but the wait to get one through the dealer is 3 years now... I told him by then there would be new models which he'd be lusting after instead.

Is that coming out for sure? Last I heard it was catching fire on the track... I thought the next R8 was gonna be the V12 diesel.

German Car Scene said:
These images have surfaced, showing what appears to be a more-or-less production-ready US-spec V10-powered Audi R8. Getting its power from the RS6-derived V10 unit, this thing?s going to be epic.

Audi had apparently handed out the ?stealth? V10 cars to a select few, but it appears that one owner couldn?t contain their excitement, and ended spilling the beans. Rapped knuckles-time!
Click to expand... 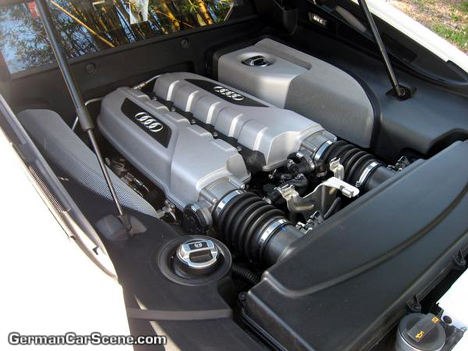 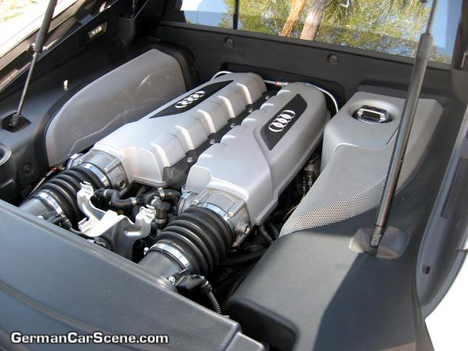 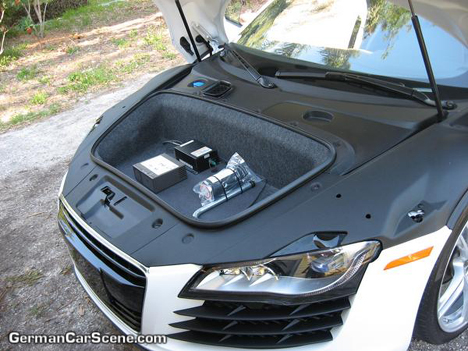 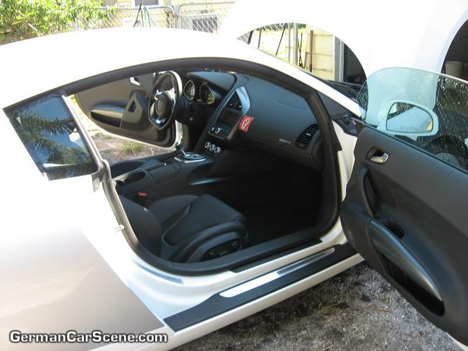 
"Hopefully once petrol hits $2.50 per litre all the 18 year olds with riced up Nismos wont be able to afford to drive their neon-clad tard rockets around at 200km/h anymore, and it will be back to the good old days of riding a donkey to school."

I still call bulls#$% on that leaked prototype, but regardless a V10 R8 is something to salivate over.

That doesn't sound like the R8 V8, it has the same key note but very different.... been hearing the V8 R8 alot the past few weeks and i can tell you that it sounds somewhat different then that, allot depper. the V10 seems higher pitched
You must log in or register to reply here.
Share:
Facebook Twitter Reddit WhatsApp Email Share Link
Top