Our lord and savior the otterbox defender is the superior case

leviathan said:
Also damn, I just can't get over how awesome the ProMotion screen is. It may actually become a very 1st world problem here the Macbook will also have one when it arrives some time in the next month, and if it's anywhere near as good, I may just be forced to upgrade my desktop monitors to 120/144Hz as well. Never thought the difference would be this noticeable in normal day-to-day app usage.
Click to expand...

IMO, a high-refresh screen is *nearly* as impactful to daily use as switching from a HDD to an SDD.
There is no such thing as a stupid question.* *but there are a lot of inquisitive idiots.

Carrying on with a conversation from the Random Thought thread because it's more appropriate here:


Perc said:
I never store anything on my ipads. The lowest storage tier has always been fine for me.

for iPhone I tend to go one storage tier higher than base, but iOS offloads photos to icloud as you go along so i never have issues with my phones filling up either.
Click to expand...

I looked at this but I've decided not to do it. I don't use the Windows app to download photos/videos from iCloud because it still messes with the resolution, instead I use PhotoSync to sync directly with the phone. If I turn this on I'm not sure I'll ever have access to the proper full-res images and videos unless I buy a Mac.

I've gone through and deleted a load of videos I recorded on the phone that don't need to be there, so my storage should be fine for now.

Sounds like a downgrade but apart from the battery life I see this as an absolute win.

Smaller is better (can be used with one hand, fits in my pocket, is lighter,…)
Also fingerprint reader is TONS easier than face ID which doesn’t work with a facemask.

Also i have a Macbook now, never had one. Should be interesting, I’ve only used Windows PCs for basically all my life. It’s also tiny but can’t really comment yet. I have used iPads and obviously iphones before, anything I should know before diving in?

NooDle said:
Also i have a Macbook now, never had one. Should be interesting, I’ve only used Windows PCs for basically all my life. It’s also tiny but can’t really comment yet. I have used iPads and obviously iphones before, anything I should know before diving in?
Click to expand...

You're not saying which model, but "tiny" leads me to believe MacBook Air and since it's new, probably Apple Silicon, or M1 for short. Hopefully. Intel is pointless at this point.

Software downloads usually come as ".dmg" files. This is a disk image. Doubleclicking the file will mount it on the desktop. Unless there's an installer in there to run, "installing" means dragging the app icon to the Applications folder. You can then unmount the image and throw the dmg away.

Obviously there's a Mac App Store just like there's an iOS App Store and I recommend getting software from there if available because it makes life easier with updates, etc. They happen automatically like on iOS. Some special tools that hook into the system aren't allowed in the App Store, just like on iOS, but unlike on iOS the Mac allows sideloading aka downloading directly from the developer. There's no digital nanny stopping you from doing whatever you want.

This concludes the Mac crash course.

If it's an M1, battery life will probably be several orders of magnitude better than anything you've used before. I don't use my M1 Air that much since I have a desktop mac (M1 Mini) for the daily stuff but I still open it every day. I charge it maybe once a week and I'm not even joking. It's like Nokia phones of old. Obviously if it's going to be your main computer it's going to be charged nightly, but it's still on a different planet compared to any x86 machine I've ever used and certainly compared to any ultrabook. Especially considering how fast the M1 is.

Apple did bet on the wrong horse when they went all-in on face ID just before a worldwide pandemic. Thankfully my Apple Watch unlocks my phone for me if it detects a face mask. I can just picture the boardroom discussions at Apple, deciding whether to fast-track a return to fingerprint readers or wait for the plague to blow over.

Edit: By the way, I came from an iPhone 7 (same chassis as SE), upgraded to an XR and then to a 12 Pro. The XR was a nice upgrade in battery life but even more so was the 12 over the XR. Advances in chip architecture ftw.
Last edited: Dec 10, 2021

Thanks a lot for that! It is indeed a Macbook Air so all you said seems to ring true. Also, a week battery life? Noice!

I did boot it up and let it install/update itself, very very smooth. Weird mouse though (that only charges upside down)

The Apple Magic Mouse is a travesty, not just because they put the bloody charging port on he bottom. Any bluetooth mouse will (obviously) work with macOS. Apple's MacBook touchpads are the best there are, so many people don't even bother with an external mouse.

I disagree on the whole trackpad thing. Ive been forced to use it recently (because the mouse was flat and has a stupidly placed chargeport)…. It’s all backwards

It’s probably me again not being used to the mac way of doing things, but right clicking and scrolling is just weird.

NooDle said:
I disagree on the whole trackpad thing. Ive been forced to use it recently (because the mouse was flat and has a stupidly placed chargeport)…. It’s all backwards

It’s probably me again not being used to the mac way of doing things, but right clicking and scrolling is just weird.
Click to expand...

I had very much a similar experience when I began using MacOS. I found out that a couple of weeks after the fact it rather becomes second nature, nowadays I can switch between both trackpad paradigms with just an initial "dammit" the first time I scroll.

I've installed "UnnaturalScrollWheels" on my MBP, so the touchpad can retain the default Mac scroll direction (which I deem correct on a touchpad), but the mouse wheel keep working the same as on Windows. And I fully agree that Mac touchpads are the best out there, period - definitely good enough for me to prefer the touchpad whenever I'm using the MBP without a desktop setup with screens and external keyboard/mouse. Not good enough for me to want a Magic Trackpad though - it really doesn't scale to multiple screens, swiping sideways for days gets old quickly.

However, we seem to be drifting mildly off-topic here

I've been trying to track down a used Space Grey Magic Trackpad II for some time now, I have a default black Lenovo monitor and a space grey apple keyboard and a matching black trackpad would be nice. Most people seem to know what to charge for them, and the ones that don't sell them immediately.

So, Apple just discontinued the iPod Touch, which means the last iPod is no longer going to be produced. They gave it the "while supplies last" treatment in the Apple Store, and it seems they are now all gone from the online stores, and there are not much in stock around in 3rd party stores. I wonder if it just was a case of there not being many in stock already, or if the internet just decided to buy a lot of them just to able to say that they have the last generation iPod ever made.

Anyways, happy I got mine about two years ago. I wonder if this is the end, or if they have something else planned for the iPod name.

Farewell iPod, you did well for your 20 years of service life... 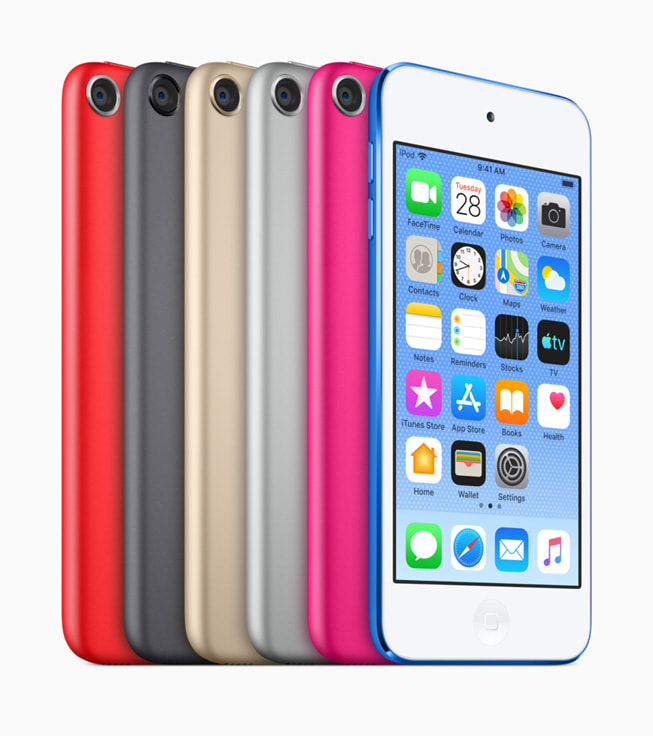 marcos_eirik said:
Anyways, happy I got mine about two years ago.
Click to expand...

Entirely out of interest: why? What’s the rationale behind having an iPod nowadays, especially one that’s basically an iPhone (7?)?

Basically the above for me, makes me surprised they even kept it alive this long.

eizbaer said:
Entirely out of interest: why? What’s the rationale behind having an iPod nowadays, especially one that’s basically an iPhone (7?)?

Basically the above for me, makes me surprised they even kept it alive this long.
Click to expand...

For me, there is.

For one thing it is really nice as a dedicated music device. Running iOS it supports all kinds of streaming apps (unlike other iPods), and it has plenty of storage for my music catalogue. Whenever I have people over it's practical to pass around unlocked for people to add things to the play queue, in stead of using someones phone that is locked down with biometrics etc, which also suddenly gets its battery drained before we go out.

It has the 3,5mm headphone jack, and can be plugged into the aux with pretty much anything, like TP-port on my (1985) Beomaster 4500. It's small size made it ideal to use to listen to music on my workouts, where I like not to be disturbed by phone calls, messages, snapchat etc.

I still have an 80GB iPod 5th gen used somewhat regularly. I like it because it does nothing else, so I got for walks or something, I don't feel the need to check something that doesn't matter.