CNBC, which is the fastest growing network among the 18-49 and 25-54 demos in primetime*, today announced legendary comedian and "Tonight Show" host Jay Leno will return to television hosting a new primetime series for the network.

Tentatively titled "Jay Leno's Garage," based on his Emmy Award-winning web series, the program will premiere in 2015. From classics to supercars, restoration projects to road tests, "Jay Leno's Garage" is the place where Jay shares his passion for all things automotive, including best investments, valuations and the inner workings of the car collector's market.
Click to expand... 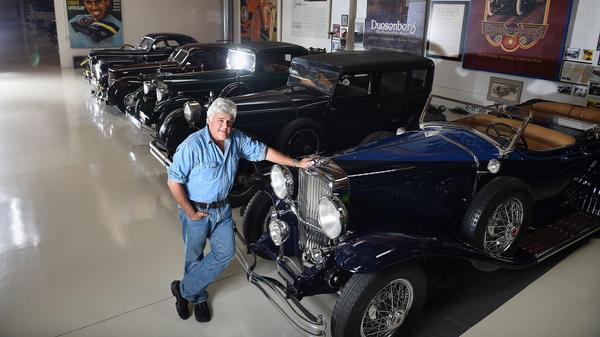 If they keep it to the same standard as the web show, I'm all for it. If non-car-people start messing with it, I'll have a problem.
J

I seen the one show that was aired as a test, it was pretty good. It did not seem overly scripted or anything, but Jay was not in denim...

Jay's a great collector car hobbyist but absolutely not a car reviewer.
Click to expand...

yes he is, he can go one for minutes on the dorkiest items about a certain car. something a non-car person would never notice, never think it even existed
uber boring, yet interesting detailed reviews...we need more of those