Ownership Verified: Keep it in the Family -- 1995 Jaguar XJR

So as some of you know from my post in RTAE and from other nebulous hints, LCG's XJR has new custodians

CrazyJeeper and I bought the thing late last month. I've made many noises about wanting to buy this unique and special car for some time and am happy that the opportunity came up. So, I flew up to Boston to see it for myself and do the paperwork.

The shipping company dropped it off yesterday and I've been driving it around for some 100 odd miles so far. It's a really great car; I now understand the "grace and pace" motto. Even though the auto isn't dog slow, the manual gearbox totally wakes this thing up. The Jekyll and Hyde personality is definitely amplified by rowing your own--it's just as happy serenely wafting along as it is being chucked into corners and given the beans. Despite having over 190k miles on the clock, the structure of the car is still solid, as is the drivetrain. It's due for some some small maintenance items, but the niggles that are there are fixable and aren't enough to distract me from the banshee whine of the Eaton M90.

Of course, having the resident Jag whisperer around makes things much easier and we've already accrued some parts of the local junkyards. The only immediate work on the agenda is some exhaust work to make the thing pass the emissions inspection, but we'll get that sorted. Only one more year before that's no longer relevant for the car anyway. 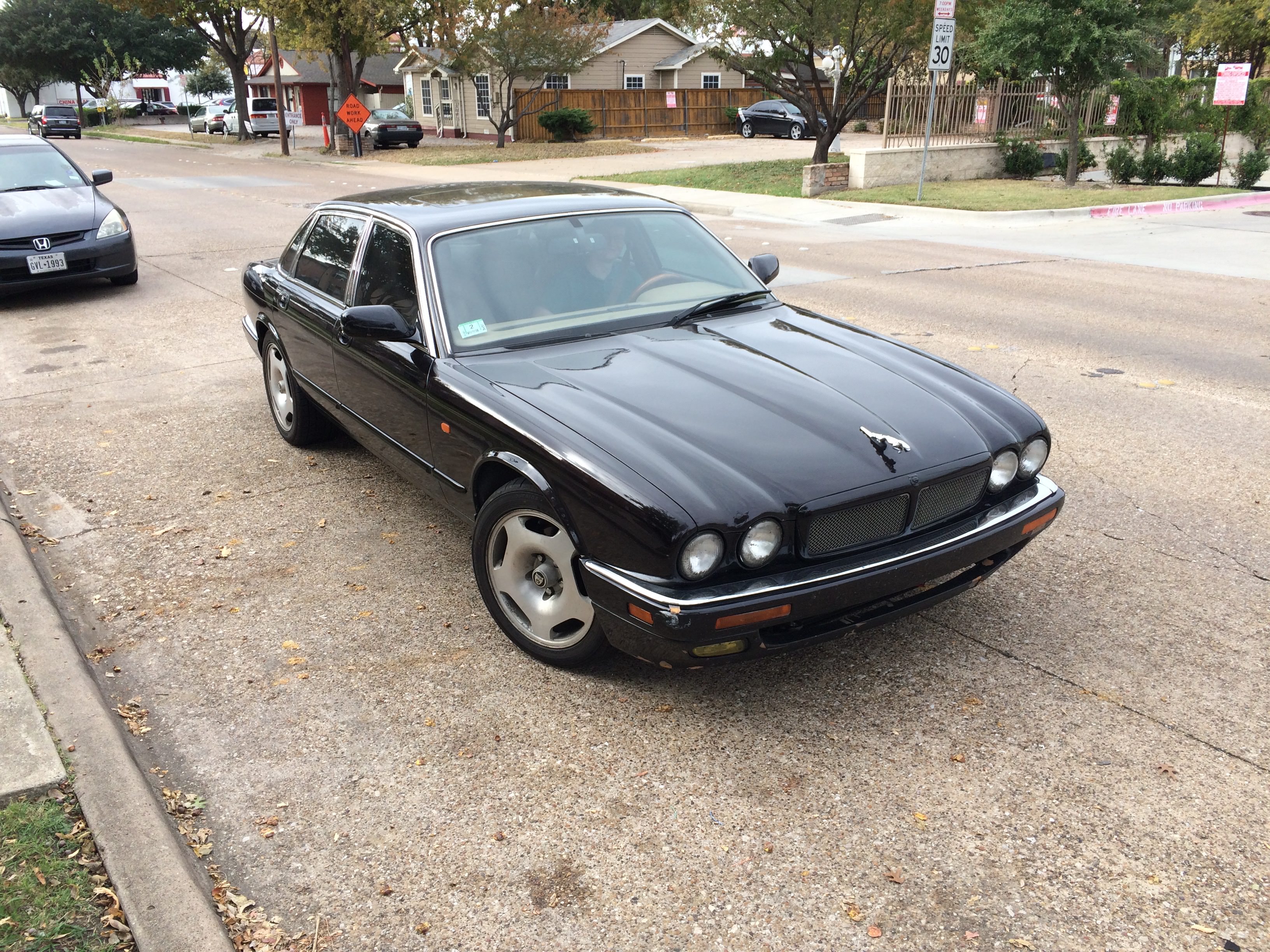 The Beauty and the Mullet 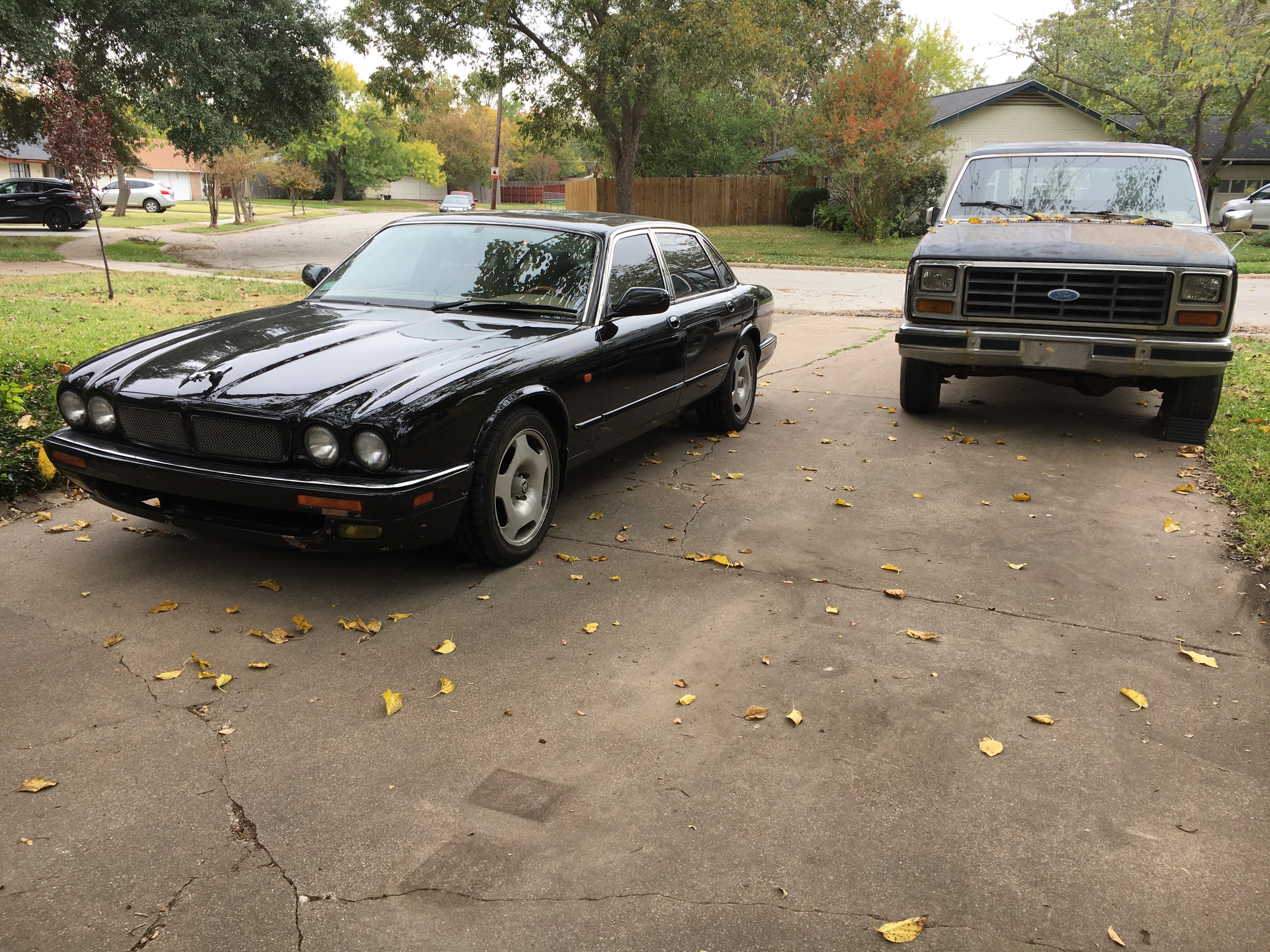 A destroyer and an aircraft carrier 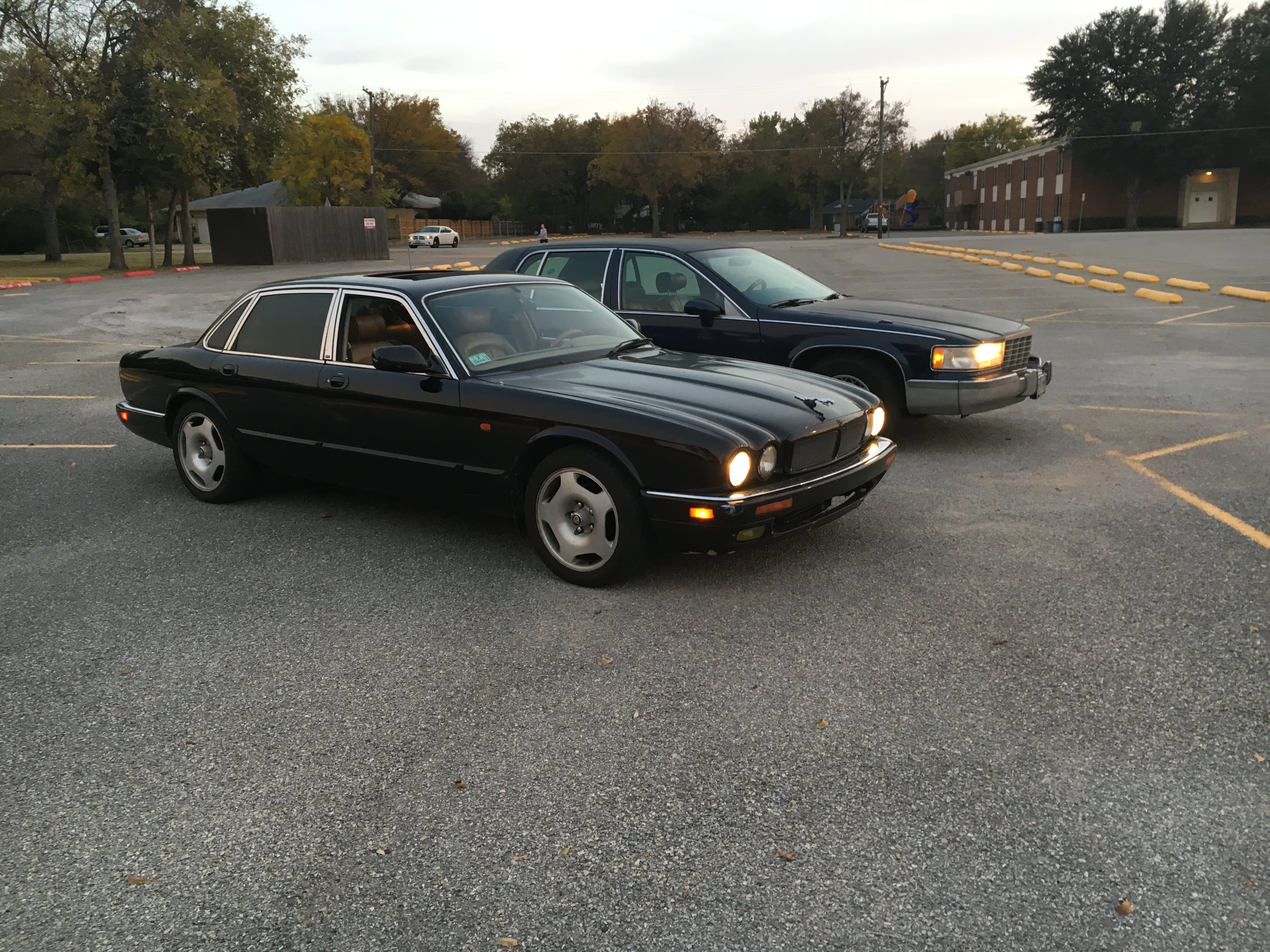 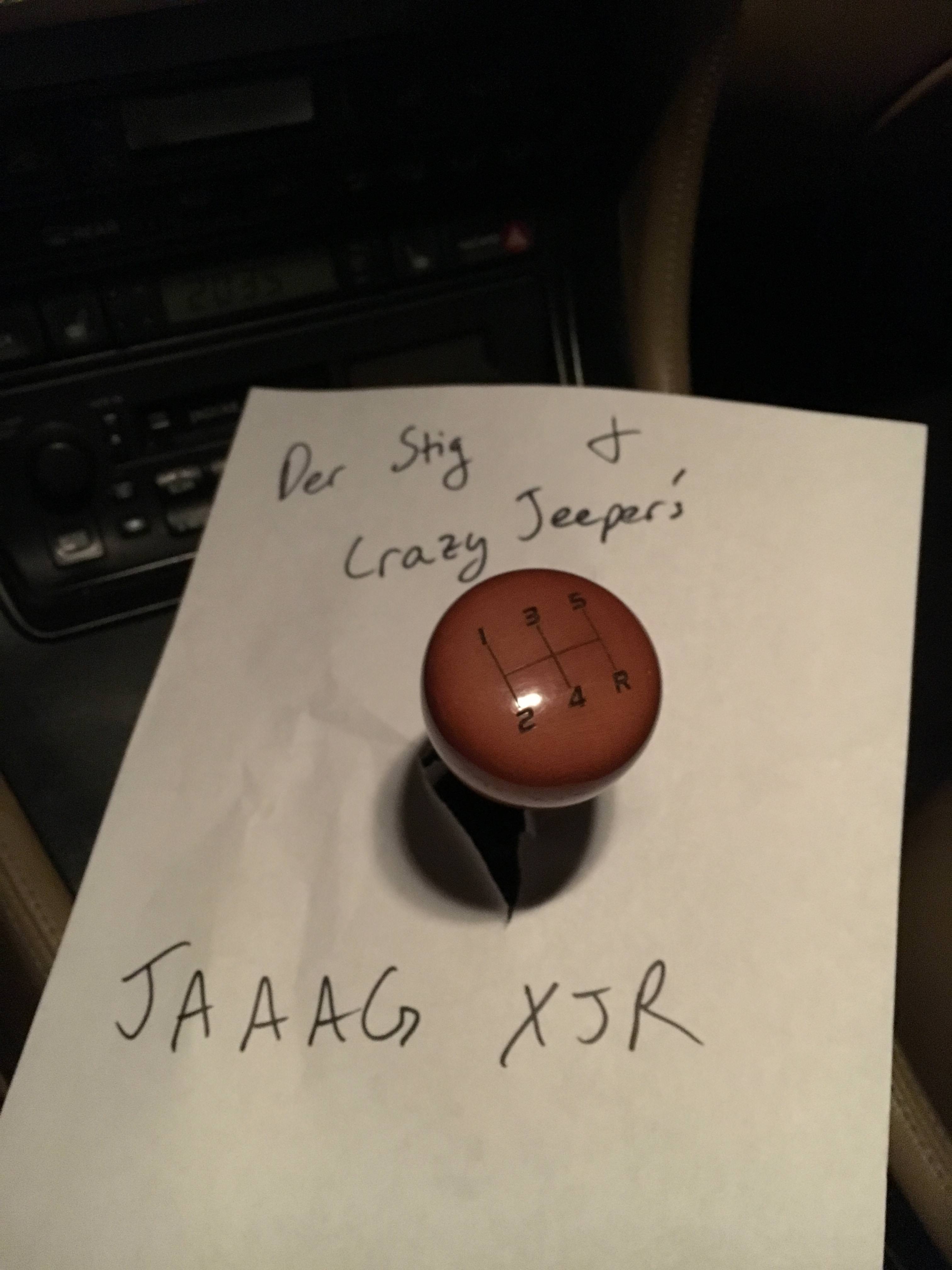 Awesome! I'll have to get back to Dallas and go for a ride!

The Jag's in great hands.

I do now believe you!

Der Stig said:
The Beauty and the Mullet I've got the car for a couple of days. I can definitely see why people love these things, the combination of performance and comfort is very addicting. Best feature though is that the traction control off light is green.

Doesn't LCG need to turn in those MA plates? Or is that only if the car stays in MA?

MA law does not apply here.

Dibs on the MA plates ..

No shit. It applies to LCG if he has to turn in those plates...

Technically they need to be recycled after I canceled the registration, but you guys can do whatever with them, short of robbing banks.

I think you?re instructed to destroy the plates if you don?t renew them. I remember reading that somewhere when I got MI plates. I still have mine on my bookshelf though.

Who would get rid of old plates?

Only plates I'd keep are ones that are different. Like other states. Keeping your home state and more than one doesn't make sense to me.

93Flareside said:
Only plates I'd keep are ones that are different. Like other states. Keeping your home state and more than one doesn't make sense to me.
Click to expand...

I have my MA plates, the first round of MI plates I got that got canceled for stupid reasons, and my Miata plate.

MA plates are there only until I can get the thing to pass emissions. I?ve evicted the Genesis from the garage anyway, so it?s locked up.

Whatever, still dibs on the plates. Or at least one

thomas said:
Whatever, still dibs on the plates. Or at least one
Click to expand...

You can keep one

Of course, being a Jaaaaag, she's already taken to marking her territory (not pictured here, ATF from the power steering hoses). Time to switch to a heavier oil, me thinks. Also added PS hoses to the list. 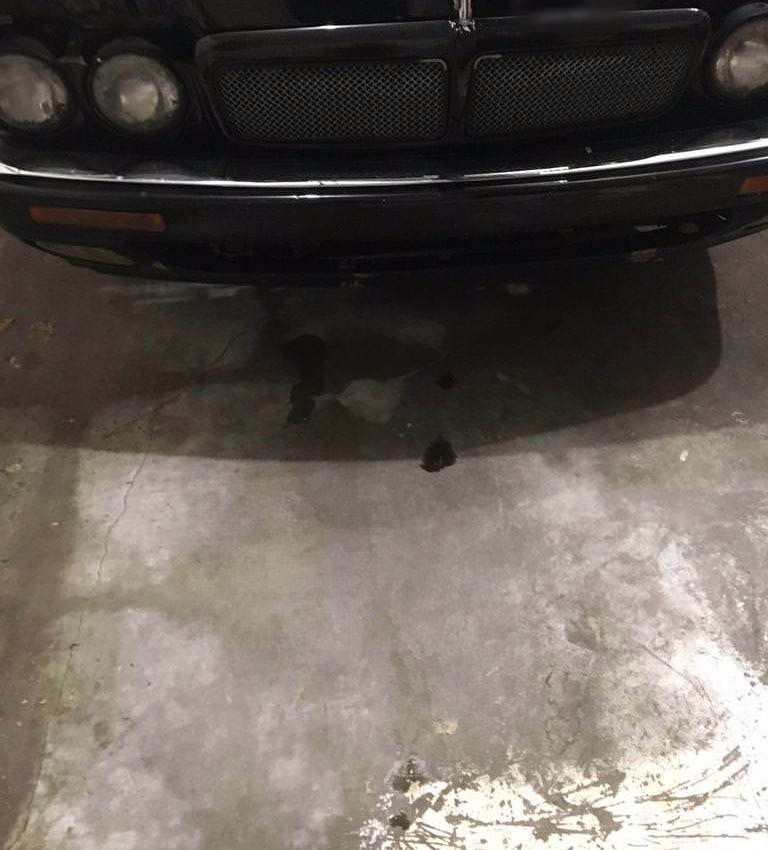 Last night, Spectre came by and did the X308 light conversion. We robbed them from a couple X308s in the local yards, not perfect, but way better than the fluted crap on there before. 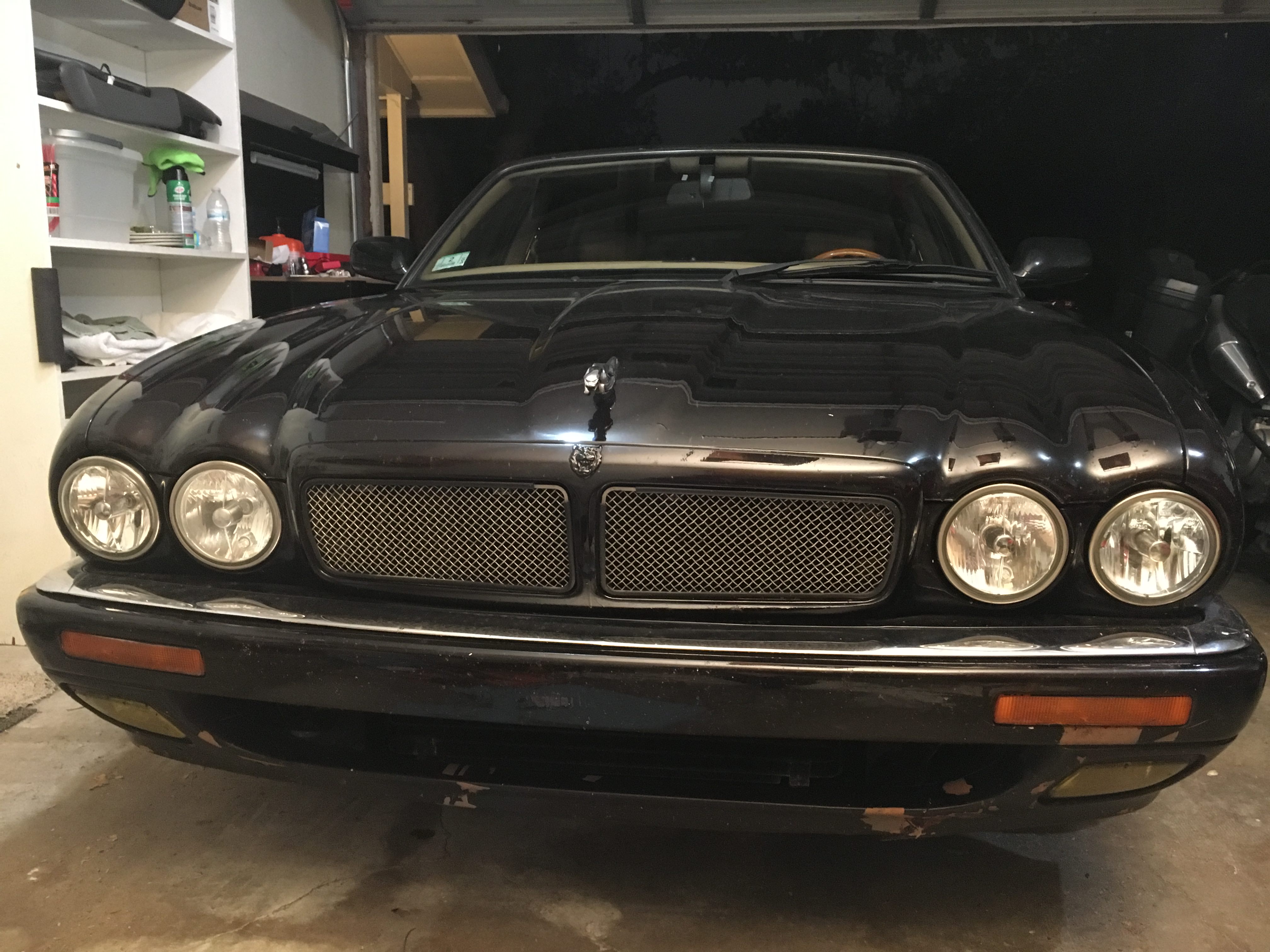 Also did LEDs for the pilot lights, looks ace, I reckon.

Nestled in the garage, the Genesis has been evicted :lol: 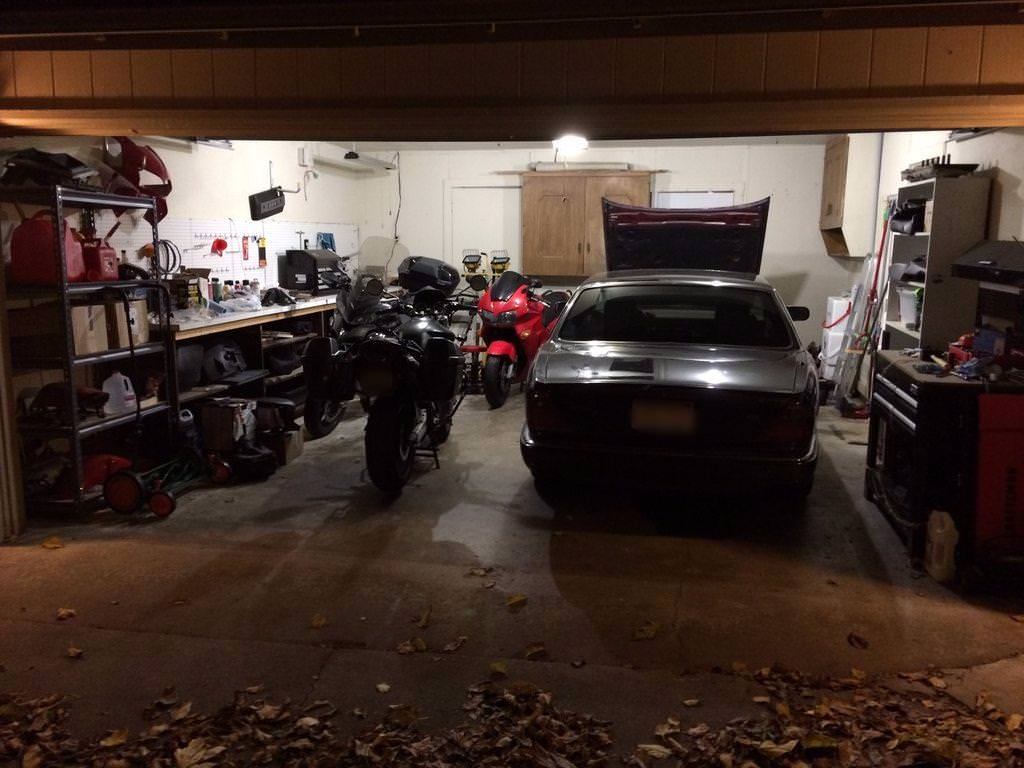 Unfortunately, she developed a surging issue (irrelevant of RPM, but definitely more noticeable in 1st and 2nd). Spectre thinks it's the fuel pressure regulator, so I ordered a Bosch unit off eBay and the seller sent me one for an E34