Yeah, I've decided on the Legacy and my bike is sold so it shouldn't be too long now. The only thing on my mind now is that if I want to take he car back to Oz in future, such a cheap car probably isn't the way to go. I'll see what happens.

+1 for joining the Legacy brotherhood.

+1 on purchasing the legacy as well! not that i hate the merc, and that i have only so much knowledge of it, but that because running a legacy in japan will always be cheaper and the access to well regarded mechanics and parts are everywhere - think Trial, Subaru and STi itself, and other less known to the outside world local companies that do a good job in subaru maintenance.

and yeah, think about swapping out the twin turbo (when it dies), as i saw on a forum, the wiring harness for the stock twin turbo is ridiculous. 30+ electrical wires in a box, head explodes for me. if you ever send the car to australia, do you mind doing a write up? since i would like to know about it just for knowledge purposes... also, for legacys/liberties in australia, i think the market did not get the turbo version wagon (?) till the 4th Gen, which is the BP/BL chassis code versions. any older liberty would most likely be a GT hood swapped onto a non turbo RK/RX Liberty, whatever the top range offered was.

and the merc, well maybe another time anyway, would probably make it stock VIP style if I had one, dunno for you.

Well the guy still had the Legacy I posted here and he'd dropped the price significantly so I went back to see it again and decided to buy it but didn't have the cash on me and we hadn't organised the parking space so I decided to leave it to fate and wait until we had the parking organised and if he hadn't sold it be then it would be mine. On the way home I was thinking how I'd made a mistake and should have got it, decided to call the next day to get his details to send the money - the next day he called to say he'd sold it.

Actually I had called a couple of places to enquire about other Legacies in the previous few weeks and they'd been sold the day before, apparently.

Well, I'm sure something will come up.

The answer is obviously an Autech Stagea RS260

Sorry to hear that

At least, there's a solution:


The_Finn said:
The answer is obviously an Autech Stagea RS260

very very sorry to hear that. and yeah, the stagea is not a bad option at all! I was about to recommend the Accord Euro Wagon, but i'm not sure if the 4wd version has the 2.4L engine but has the 2.0L though.

Plenty more legacies will come along. they're ridiculously popular here, so i assume it can't be hard to find one over there.

I went to check the gen 2 sedan I posted earlier and it was pretty clean. Almost bought it on the spot. I've narrowed it down to a few but just can't split them. There's a black gen 2 wagon with HD navi, hid's and only 50,000km for about $700 more than the sedan and a gen 3 wagon with 70,000kms, Mackintosh audio (noaux input or mp3 though) for $800 more again but the wife wants a blue one! Will probably get something this weekend. Hopefully. Maybe.

I thought about the Autech but it's too expensive. I'd probably rather a clean gen 4.

are there links with pics? that could really help.

I'm posting from my phone from work now. I can post links/pics later.

It's strange that black is often my preferred colour of car but I think the legacy looks better in just about every other available colour. I think white looks good on the gen 2 sedan but the wife isn't convinced. If the gen 3 wagon were blue instead of white I probably would have bought it already.

I'm not a fan of white on legacies after gen 2. blue looks good pretty consistently and black flatters the shape.
Last edited: Feb 17, 2011

OK this is the white wagon, link in English. 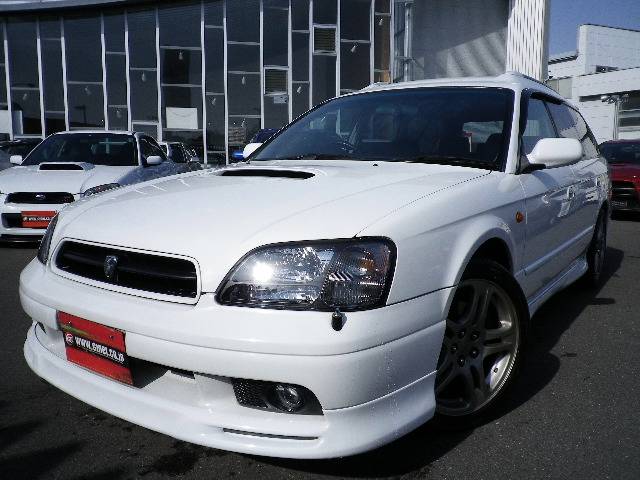 And the black wagon, link in English. 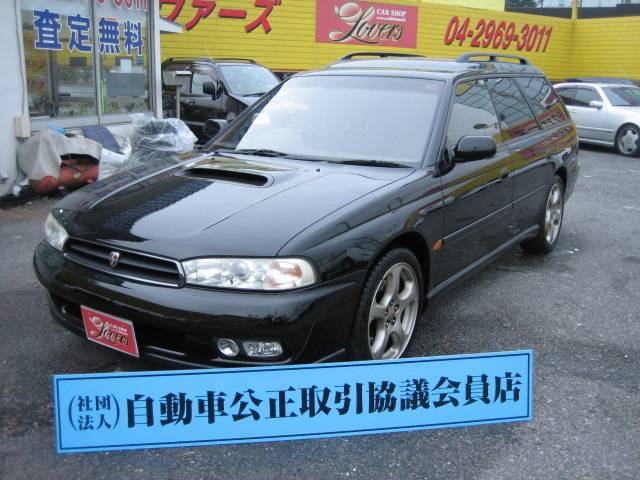 And the white sedan, link in English. 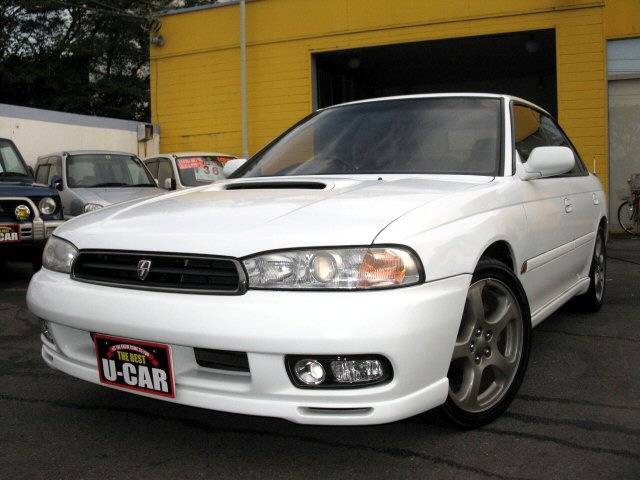 hansvonaxion said:
I thought about the Autech but it's too expensive. I'd probably rather a clean gen 4.
Click to expand...

If you don't mind me asking how much is the going price for an RS260? Also how hard are they to find for sale?

The second most expensive one is about 15,500Euro with 100,000k's and repair history (that doesn't include panel replacement, it's repair to the chassis after an accident which is recorded in a car's history and reduces its resale value, obviously).

If you go to the one of the links I gave you can check in English. Here. It's a bit simplified compared to the Japanese version but still has the same stock afaik.
Last edited: Feb 17, 2011

shame theres no leather on the GEN2s. it's quite nice with it. that said, black wagon.

I don't know, I think leather is a bit overrated (though I haven't owned a car with leather), it cracks and shows wear, is cold to the touch in winter and can get a bit "sticky" in summer. I think I prefer the completely cloth black seats in the gen 3, then the half leather.

I'm leaning toward the black wagon too. I might go check it out at the weekend if it isn't gone but it's a 1.5hour train trip! Maybe I'll send them an email to check that the nav has aux in and/or mp3 capable. Doesn't sound like much but it's pretty much essential and would save a few hundreds.
Last edited: Feb 27, 2011