Yesterday some spy photos of the Mazda RX-8 Facelift caused some stirs, many major internet car sites claimed this was the next generation RX-8 (RX-9?). But we knew better (just to make up for a recent cock-up on our end) and today confirmation came that it was indeed the 2009 facelifted RX-8, set for a Detroit debut and on sale later in the year.

The bigger story for Detroit will be the Mazda Furai Concept (translates as 'Sound of the Wind', the exhaust goes Whoo Whoo). The Furai takes Mazda's Nagare design language a step further again, this time into a concept car based on an American Le Mans Series race car. The Furai is built on the C65 chassis (used in ALMS two years ago) and uses the 450 hp three-rotor rotary engine.

Mazda Motor Corporation will showcase the world premieres of the Mazda Furai concept vehicle and the heavily revised new Mazda RX-8 sports car at the 2008 North American International Auto Show (NAIAS), to be held in Detroit from Sunday, January 13 through Sunday, January 27, 2008. On the heels of its show-stopping debut at the 2007 Tokyo Motor Show in October, the Mazda Taiki concept vehicle also will make its North American debut, the first time it has been shown outside Japan. Additionally, Mazda will have a special display of racecars on its stand during the press days, and the full lineup of production cars for consumers to sample on the public days.

All attending media are invited to the company's formal unveiling on the Mazda show stand, scheduled at 13:45 p.m. on Monday, January 14, 2008.

Mazda Furai ??Sound of the wind?

Inspired by the fact that, on any given weekend, there are more Mazdas and Mazda-powered cars road-raced in the United States than any other brand, the Mazda Furai is the sort of car that could only come from a company that incorporates the ?Soul of a Sports Car? into everything it builds, but with an eye toward the future and the environment through the use of cellulosic ethanol ?E100?produced by British Petroleum (BP).

Furai takes Mazda?s unique Nagare (Japanese for ?flow?) design language a step further as it is translated into a concept car based on an American Le Mans Series (ALMS) racing car. The car utilizes the Courage C65 chassis the company campaigned in the ALMS series only two seasons ago, and the 450-hp three-rotor rotary engine that distinguishes it from anything else on the track.

Says Franz von Holzhausen, Mazda?s North American director of design, ?Furai purposely blurs boundaries that have traditionally distinguished street cars from track cars. Historically, there has been a gap between single-purpose racecars and street-legal models ? commonly called supercars ? that emulate the real racers on the road. Furai bridges that gap like no car has ever done before.?

Mazda?s critically acclaimed Nagare design language describes the flow of water, air, people or things moving in one direction. Mazda Nagare is flow, with an insightful and spirited styling, which, in Mazda Furai, invokes a raw, unfettered desire to possess everything this car represents.
New Mazda RX-8

Sporting a freshened design, improved handling, acceleration, quality and features, the new Mazda RX-8 continues to be a ?Sports Car like no other,? and shows that the rotary engine is still an important part of Mazda?s future.

Since its launch in 2003, the Mazda RX-8 has been hailed as a genuine sports car, but with a totally new, four-door, four-seat format that delivers sports car values, passenger comfort and driving pleasure. Powered by the world?s only mass-produced rotary engine, RX-8 is the spiritual successor to the 1967 Cosmo 110S, the world?s first twin-rotor production car. With almost two-million rotary engines sold, and the company?s legendary win at the 1991 24 Hours of Le Mans ? the only Japanese brand to ever win the endurance racing classic ? the rotary engine is the sole preserve of Mazda.
Click to expand...

It would be ubercool if Mazda would go and race with this thing in next year's ALMS campaign! ALMS and LMES FTMFW!

Adunaphel said:
It would be ubercool if Mazda would go and race with this thing in next year's ALMS campaign! ALMS and LMES FTMFW!
Click to expand...

either that or Mazda is coming back into the Japanese supercar market to challenge the GT-R and the upcoming Toyota Supra successor with the Furai. but since the ban was lifted for engines under 3.0L a couple of years ago, i have been expecting something from Mazda to popup and start dominating LeMans once more. this could very well be that car that i was waiting for.

Ah, finally the RX-8 gets some tweaking. Don't get me wrong, I'm a huge fan of it but still it's nice to see some development. And that 450hp rotary sounds insane..

I'd be interested to see how 'heavily revised' the RX-8 is. One of the reasons I didn't buy one in the end was the styling.

Mazda concepts are generally ridiculous... In other words, they are sooo far off from reality that upcoming vehicles will look nothin like the concepts.

Is it really necessary to post news about... essentially nothing? Who cares if it's going to be at NAIAS, just wait till the show happens, and post the inevitable pics/news blurb.

/rant
//I was hoping for more pics

amdforever said:
Mazda concepts are generally ridiculous... In other words, they are sooo far off from reality that upcoming vehicles will look nothin like the concepts.
Click to expand... 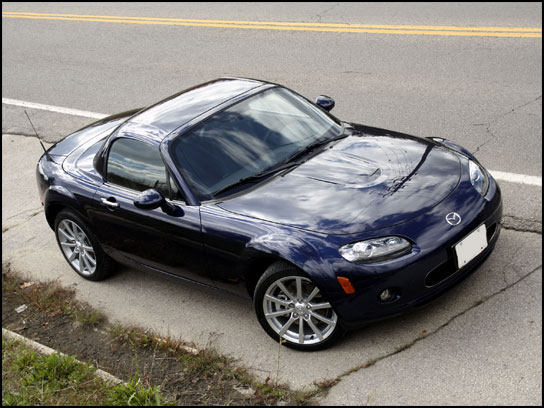 amdforever said:
Mazda concepts are generally ridiculous... In other words, they are sooo far off from reality that upcoming vehicles will look nothin like the concepts.
Click to expand...

Their latest ones are purely design concepts. They are just playing with styling tricks. All the magazines and what not seem to play into this as "this is what one of their next cars will look like". Thats not it, they plan to maybe use some of the styling for various cars on their production models.

Though I do think they need to build something similar to this: 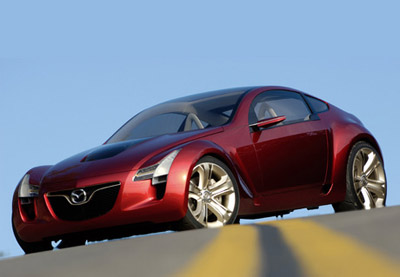 Some minor tweaks and that would be awesome production car.

yes, the Kabura was a sexy concept from them. the thing that made it cool for me is the see through insert in the hood where you can see the new 4 banger that is now in the current MX-5.

Furai takes Mazda's unique Nagare (Japanese for "flow") design language a step further as it is translated into a concept car based on an American Le Mans Series (ALMS) racing car. The car utilizes the Courage C65 chassis the company campaigned in the ALMS series only two seasons ago, and the 450-hp three-rotor rotary engine that distinguishes it from anything else on the track.
Click to expand...

What can i say... Looks amazing!

Ok as funky as that is... I want. Mazda needs to make it! Sadly it won't ever happen, even if they weren't ruled by Ford

OMFG that thing is sexy

Make the Furai into a supercar and I'll love Mazda forever.

That is a stunning endurance racer.

I would buy one right this second.

Dsemaj said:
Make the Furai into a supercar and I'll love Mazda forever.

you're exactly right. that's just what should happen.