Meanwhile, Down Under (The Australian Thread)

A 12 year old boy has been arrested while driving a car in Broken Hill, on the western edge of New South Wales. He had left his home in Kendell, on the east coast the day before and managed to drive 1,300 Km (800 miles) before being pulled over by police who noticed that his rear bumper was dragging along the road behind him. He says he was planning on driving to Perth, on the west coast, a journey of over 4,100 Km (2,500 miles). All this happened on a weekend when police were conducting a state-wide road safety blitz.

I like that he not only made it a third of the way across the country, but it was the dangling bumper and not the child behind the steering wheel that the police found suspicious. :lol:

I spent last weekend exploring Tasmania, after the opportunity to do some work down there on the following Monday came up. Only got to see the Northern and Eastern parts of the state (you can drive around the island in a day and a half, if you don't stop to look around).

I had always wanted to do the hike to the Wineglass Bay lookout, so I set off early Sunday morning for the 3 hour drive from Launceston to the Freycinet National Park.

When I finally got to the carpark, I had some difficulty parking...

I eventually had to get out of the car, and shoo it out of the way, but it was in no hurry to leave.

Australian plane passenger checks in can of beer 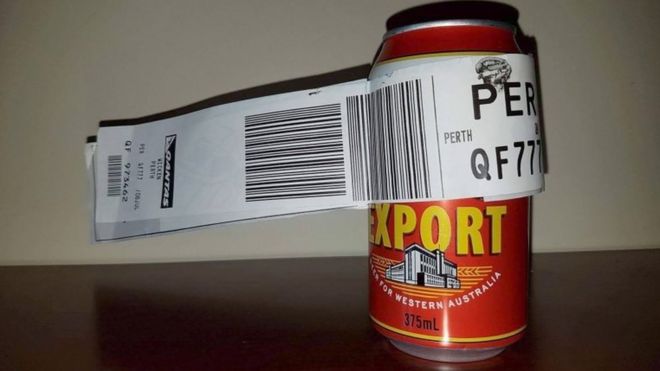 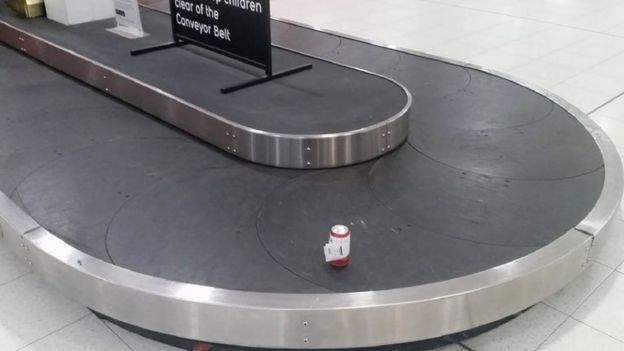 The airline, Qantas, said it did not encourage other travellers to follow suit.
"This guy's done it and he's won the internet for the day, so we're happy to move on," a spokesman said in a statement to the BBC.
Click to expand...

Good on him. Perhaps we could have the stupid liquids ban overturned if more poeple did this.

Just what you need after a flight and it beats paying the prices at the airport shops...

Prime Minister claims laws of mathematics 'do not apply' in Australia.
http://www.independent.co.uk/news/m...ot-apply-australia-encryption-l-a7842946.html
Where are we going and why are we in a handbasket?

Of course not. That is what happens when you live upside down.
"I wish for an America that matches the marketing materials.” - @HardcoreHistory

Last week a 16 year old Melbourne boy went and stood knee-deep in the water at a beach in Port Philip Bay after a game of football. The water was very cold and numbed his feet. He felt a tingling sensation, but thought nothing of it. It was after sunset and when he got out and reached an area lit be streetlights he saw that something strange had happened to his legs-

He went home, where his father and sister tried unsuccessfully to stop the bleeding. They took him to hospital where doctors discovered hundreds of pin-prick sized holes all over his feet and legs. Apparently there are tiny crustaceans called Sea Fleas that come out at night and eat dead fish. It seems that because the boy wasn't moving around in the water, they started eating him.
Last edited: Aug 10, 2017

This is a Tiger Quoll facing off against a Wedge-Tailed Eagle (a "Wedgie") over that tin of bait below the log. Tiger Quolls are one of six species of Quoll and are Australia's second largest extant marsupial predator after their close cousin, the Tasmanian Devil. They are more athletic than the Devils and like to climb trees to drop on prey from overhead branches. This photo was taken by a remote, motion-activated camera set up by the bait station to capture the natural behaviour of some of Australia's shyest creatures. Although it looks like the Wedgie has it totally outmatched, Tiger Quolls have the second highest pound-for-pound bite force of any mammal in the world, beaten only by the Devils. They can bite through bone and have been known to kill wallabies up to five times their own weight. So it can hold its own. Wedge-Tailed Eagles sometimes team up to hunt large Red Kangaroos, so it would have been an interesting fight.

So there are drop bears!
I've always had an irrational fear of anamorphic armadillos.​

Who films fishing with a POV cam?

It's Australia, he was probably expecting a croc or a 3' spider to jump at him at any time.
- Alright you Primitive Screwheads, listen up! You see this? This... is my BOOMSTICK!

Yeah, the vets up north like fishermen to wear cameras. It's the easiest way to give a croc an endoscopy.

DanRoM said:
Who films fishing with a POV cam?
Click to expand...

The Beetrooter aka Deputy PM Barnaby Joyce a moral conservative married with four kids, ditched the wife for a staffer who is expecting number five
http://www.smh.com.au/federal-politi...06-p4yzjm.html

The hypocrisy of Barnaby Joyce is stunning
https://www.brisbanetimes.com.au/pol...12-p4z03k.html