Mitchi said:
One disadvantage: Apparently the magnets tend to oxidize rather quickly... dang.
Click to expand...

If you eventually get new ones, plastidip them first

narf said:
If you eventually get new ones, plastidip them first

That is a very good idea. I was thinking about how to protect them, thanks!

Mitchi said:
Yeah, it is, but ... I've put some more magnets underneath the cover!
Click to expand...

Mitchi said:
Yeah, it is, but ... I've put some more magnets underneath the cover!
Click to expand...

Curious.... Could make a copy of your front plate and make it a sticker from vinyl wrap material? Or does that fall under "don't duplicate your license plate" laws?

Sticker plates exist, but are very complicated to get allowed iirc. I've only ever seen them on Ferraris and the like.

Yeah, a sticker plate would be cool but that's so tough to get. And since I have the possibility to actually mount the plate with screws on my car, that's a massive nope from the town I live in.

93Flareside said:
Curious.... Could make a copy of your front plate and make it a sticker from vinyl wrap material? Or does that fall under "don't duplicate your license plate" laws?
Click to expand...

Thinking of putting the trusty Kienzle in the 'vette sooner or later, but so far I‘ll be sticking with the original radio. Would this change be rad or un-rad? 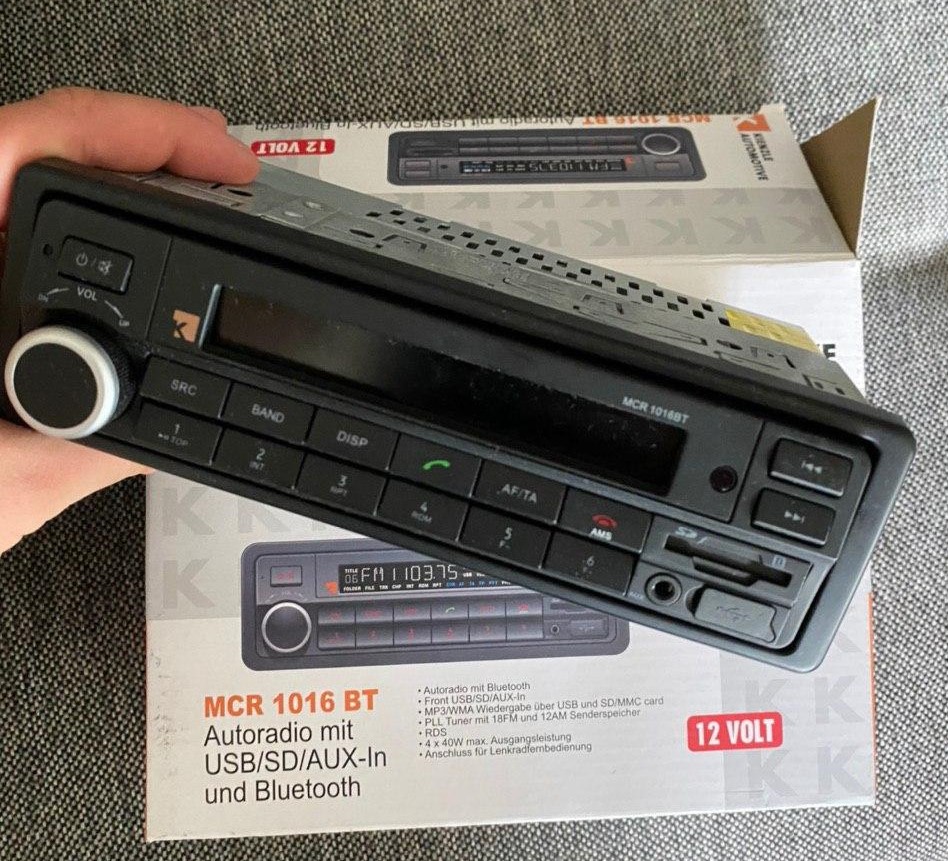 Sadly, the original radio makes some high-pitched noises (not the alternator) that won‘t go away. Also, the antenna is broken (did I ever mention this?) but I got the original replacement part for it from the previous owner. It's quite a pita to change it, but I'll do it soon. I doubt the noise will go away with the new antenna; I don't think that's the culprit.

Going with a single din-slot radio means buying something like this, which would probably end up looking like this but hopefully a little less bling and fitting more snugly into the dashboard. I think the Kienzle will visually fit into the interior of the car.

I just feel that the Kienzle feels too modern or too European for Corvette's interior. Also, I love when cars are all-original, down to the radio. Besides, I wouldn't care too much about a radio in a car with a 5.7 L V8.

However, I get that the connectivity options the Kienzle has make life much simpler. I guess it all goes down to how much music you'd listen in your car and how you'd listen to it.

Perhaps you can find a replacement radio from a later car with a CD changer and then wire in a Bluetooth dongle?