loose_unit said:
Rock auto can deliver inside a week comfortably to Germany and you can also have them pre pay the taxes etc. I have never had any issues so far, once shipping to Germany and once to Slovenia

Now THAT is great. Thanks for that information!


93Flareside said:
I’m guessing you can’t just remove the air pump and get a shorter serpentine belt? That’s the solution people do here which has no effect on performance or fuel mileage as it dumps air in the cats because the solution to pollution is dilution!
Click to expand...

Pretty much what Craig posted - there are dummies available, and I wanna do that soon or next year.

Mitchi said:
Most shops just referred to them not having parts for the C4 Corvette, and would not be willing to search by size and thread alone - WTF? I hate it when people purely go by the car model or chassis number.
Click to expand...

I would have put a goddamn wheel stud in the mail for you, had you asked.

That said, searching car parts by size can be tiresome and futile so I totally understand why they brushed you off.

Someone even asked me for ”a set of smaller brake pads” recently. I had to run and hand the customer over to a colleague, but I’m guessing that some other obliviot that wrenched on the car before had installed rotors that was a size too small, which meant that the brake pads ended up sticking out over the edge of the rotor. Thankfully someone decided it was time to swap the pads BEFORE they met in the middle. That’s probably not good for braking performance...

It took some convincing to get him to understand that we need to figure out what’s wrong in the first place, and not just “put a set of smaller brake pads on”.

Now THAT is great. Thanks for that information!
Click to expand...

Just because I was already there looking for parts:

Rockauto is great when you’re dealing with USDM grey market imports that don’t come up properly in our catalogs over here. Getting an OEM parts number usually helps a lot.

loose_unit said:
Just because I was already there looking for parts:

And that's even a lot cheaper than everywhere else.


Perc said:
Rockauto is great when you’re dealing with USDM grey market imports that don’t come up properly in our catalogs over here. Getting an OEM parts number usually helps a lot.
Click to expand...

I did give the shops an original number and comparable numbers, didn't help. I still refuse to believe these wheel studs aren't used in some euro cars.
J

Mitchi said:
I would like to use this car as a chance to realise another dream, namingly getting perfectly sized and original BBS RS's for the Corvette. Well, if I can find them, that is.
Click to expand...

Original set of BBS RS 178 (17 inch Vette specific) wheels for ~1600€ in Norway. I don't think there are any of them for sale in Germany at the moment?

They will look shit on the 'vette

loose_unit said:
They will look shit on the 'vette
Click to expand...

Wait a minute... it says 17 inch for the outer ring of the wheels, but the inner wheel star looks to not even like 16 inch, possbly 15? Someone took a t 16 or 15 inch set of BBS RS's and installed a bigger outer ring on them, making them 17 - which doesn't automatically mean it would fit my brakes.

Then again, it says BBS RS 178, which is exactly the BBS wheel I am looking after. Anyways, I got time.
J

This list has a note on the 178 that says "16" center (doublestep)". This means that they came with a 16 inch center and upsize lip and barrel from the factory. It's also the only 17" Corvette wheel in the catalogue (other than the rear axle only 11x17 RS313).

... that might be a VK link but also says that the 178 is always a 17 inch rim, but your website seems more complete on its informations.

Interesting. But yeah, taking a closer look at the ad, it's actually a set of 178's.
J

Both of these lists are originally from the same source (even the spelling mistakes are identical) but the one behind the VK link is only partial as it lacks all the additional notes of the other known original doublestep models.

Just to be clear, the RS 178 was only produced as a doublestep model by using the 16" center of the RS 177.
The size of the wheel center never varied on a specific wheel model number even if the external measurement remained the same.
For example both RS 198 and 212 are identical in technical measurements, just the wheel centers are different sized.

Personally I would invest more into the technical upkeep of the car, and not in cosmetics like different wheels. It's a 89 Corvette so the car looks quirky and cool already as it is with the original wheels.

I agree, the current wheels look awesome on the car, and I'm not convinved by the available option.

Also, if you're considering roadtripping it next year, I fully agree with lip - preventive maintenance and upkeep should be prioritized. You don't want a nasty surprise like the brake issue discovered at Ringmeet to strike somewhere in the middle of the Balkans, or wherever it is we'll be going.

leviathan said:
I agree, the current wheels look awesome on the car, and I'm not convinved by the available option.

Also, if you're considering roadtripping it next year, I fully agree with lip - preventive maintenance and upkeep should be prioritized. You don't want a nasty surprise like the brake issue discovered at Ringmeet to strike somewhere in the middle of the Balkans, or wherever it is we'll be going.
Click to expand...

Absofuckinglutely. You can’t account for everything of course, but make sure fluids are new, and any other things the book says at or near your mileage is done.


If you can, change the fuel filter because the odds that is done are quite slim.
Last edited: Sep 5, 2020

lip said:
Personally I would invest more into the technical upkeep of the car, and not in cosmetics like different wheels. It's a 89 Corvette so the car looks quirky and cool already as it is with the original wheels.
Click to expand...

You and the others, do not worry, I don't prioritize big cosmetics over maintenance, why would I? I hope it never came across as such. The problem with the brakes was something I knew was happening, I have not had my eyes closed for that. The brake issue from Ringmeet mostly came from actually wanting to change the fluid because that's when we broke the part, it might have been fine for the time being if I would have changed it after Ringmeet and not there.

And in terms of Roadtrip - I will not be roadtripping this car on shitty roads. The roads in northrhine westphalia and hesse have already taken the car apart enough.

But one can dream, right? And having proper BBS RS on an 80s car was always a dream of mine which I will make happen, no matter what people in here think. They are period correct wheels, especially for the Ludenkarre it is, and wheels can always be changed, nothing with them is permanent for the existence of the car. I'm sorry, but I feel kinda triggered and accused by the posts.

This is bucket list stuff for me and one day, I will do it, not matter what people at FG think - sorry. 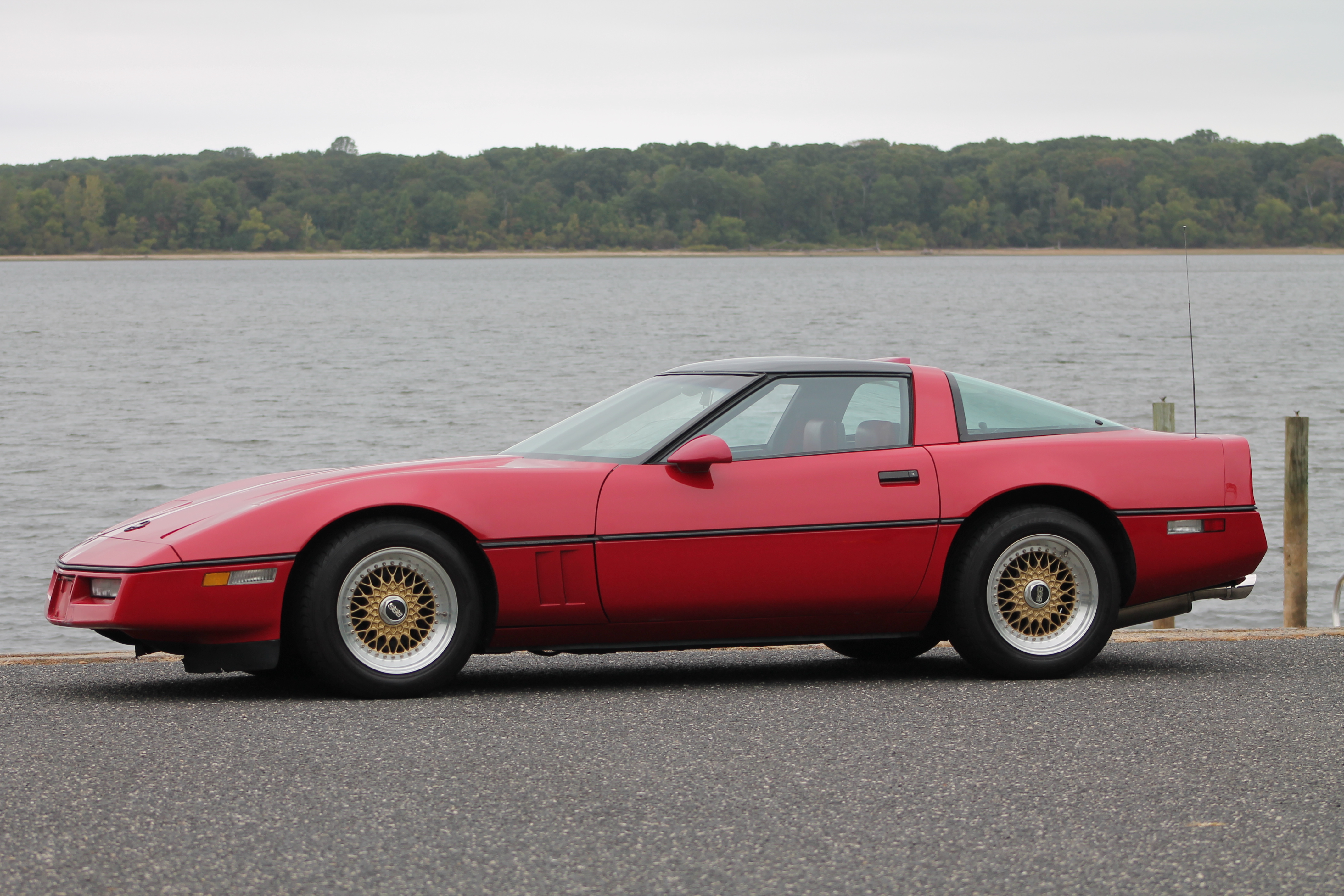 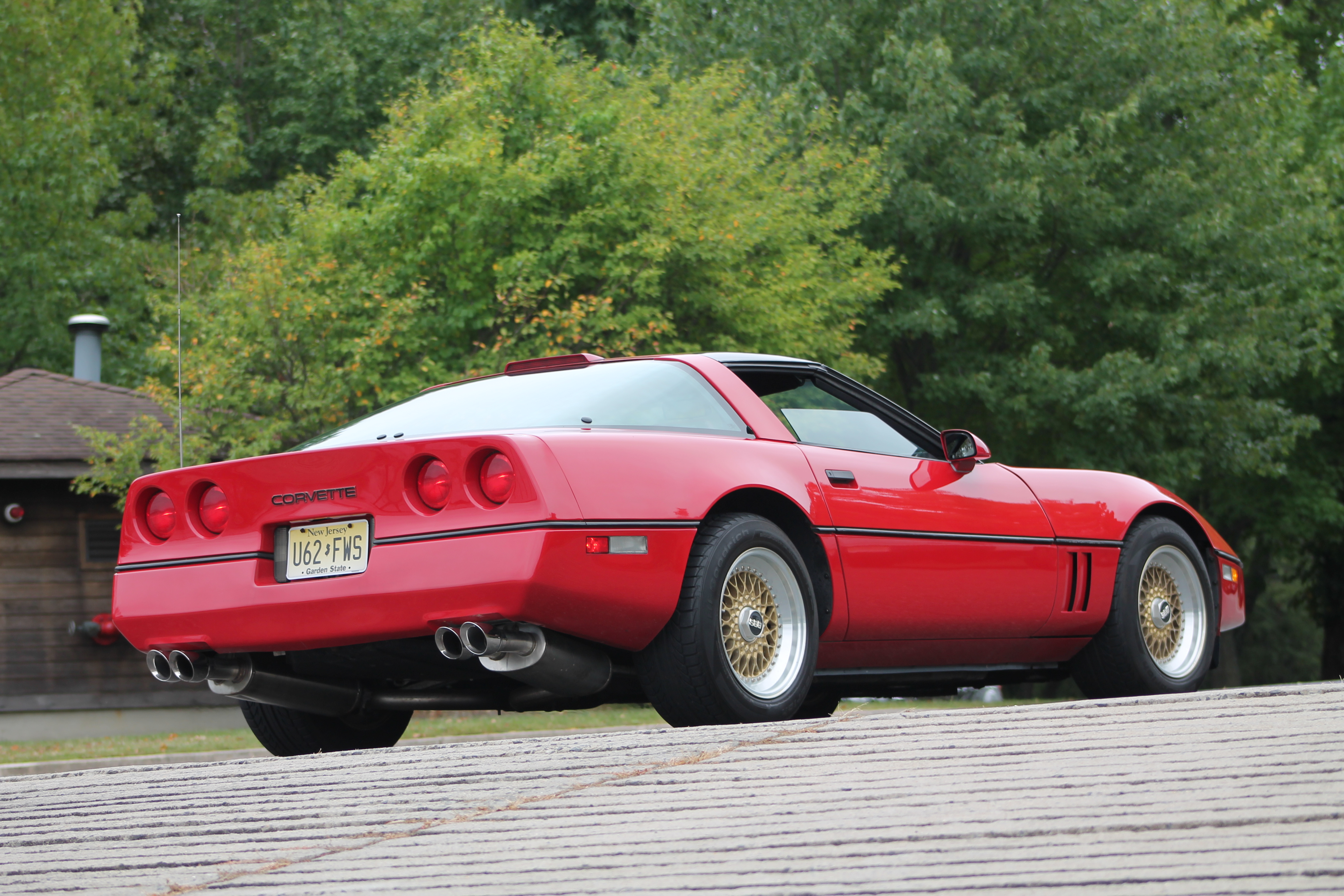 I mean, I'd love to get original salad shooters aswell, but as far as I know they don't fit over the big brake kit of mine which is designed for 17 inch wheels, as the salad shooters only ever came in 16 inch.

The problem is - the current wheels might look good on pictures, but they are curbed everywhere and look really shit upclose... I will keep them for the time being and look into options for next year and beyond, and will also never sell the original wheels but rather keep them and see if I can manage to have them refurbed somewhere. And - another problem with the original wheels is that they seem to make the car lose a bit of pressure all around the car at all times. I thought this was a problem with the old shitty tyres on the car, but it's actually happening with the brand new wheels aswell, and I don't think all four are damaged, it's that the wheels are curbed so much it's actually making all four constantly lose a bit of pressure.

One problem though: There are now literally zero tyres in 275/40/17 on the german market available. I bought my Nankangs at the right time. WTF, how can this be? It's not like the C4 is not a car to be seen on european streets, plus that's the tyre size for the front wheels of an RT/10 and GTS Viper, iirc ...

I need to do some fluids on the car, but I am currently missing time and also a spot to do it, and I want to do it myself rather than have it done by a shop, especially because I don't trust them with actually putting the stuff that I am providing in the car and ínstead of their cheap products for modern cars, especially for the limited slip differential...
Last edited: Sep 5, 2020

Well, I mean, clearly the solution is to buy another 80s car and fit it with RS's

Mitchi said:
And in terms of Roadtrip - I will not be roadtripping this car on shitty roads. The roads in northrhine westphalia and hesse have already taken the car apart enough.
Click to expand...