The Cortina was awesome car all the way to that one tree. It's going to be much more awesome now!
flickr

How did I miss that thread for so long?!?

Readjusted the engine mounts, and it fits like a glove.. Seriously it's like the car and the engine were meant to be

Really really pleased with how far back it sits as well:

And as I was happy with the fitment, it was time to make another exhaust manifold! (I think this is the tenth one I've made

..And by the time I got the fourth one made, it was dark

All the primaries are equal length to around 30-40mm.. Might go back and adjust them a bit to make them absolutely equal, but something like 20mm error is possible with the way I measure them so I might not bother as the cams in the engine are not *that* racy..

And this is how it now sits. Also made my own fuel rail and wiring loom for the injectors which is visible here:

Next up? Painting the inner fenders and making a kevlar airbox


EDIT: Oh yeah, this is how I decided to route the "side loom" to the engine bay for the ecu etc. the black box is for splitting 35mm cables for the battery, starter, alternator, etc, aluminium plate will be drilled for wires that need routing trough (to avoid drilling through paint in the future), bulkhead connector is all ECU wiring.

And the gearbox mounting plate (off a Sierra and adapted to fit) had to get some speed holes :

Can't wait to see it in action again!

Fuck me that was a lot of work.

A friend of mine agreed early last year that he could paint the car for me for a good price. A deal was made, and I was supposed to bring the car to him after Christmas. Well, due to the amount of paint prep work needed on the car it took about a month more than anticipated to get the car to him. Between us we spent around 130 hours on just prep and paint work.

After all the work, in 2 months the Cortina's garage has transformed from this:

And in the last 3 weeks the car has turned from this:

Have yet to see the car myself, but the painter said that the finish is as good as it ever could be considering it was painted in a basic 2-car garage.

Seats are getting close to being finished too:

Getting closer and closer to the really nice stuff of bolting clean, freshly painted bits on the car.

Went to see the car today, the finish is really pretty damn nice for being painted in a garage.. Some better pictures:

It's not *quite* as red irl as it looks in the pictures, but it's certainly not as dark of a shade as it used to be. But I'm warming to the strawberry shade already. :lol:

The snow makes it looks brighter than it is.
Fuel consumption: https://www.spritmonitor.de/de/detailansicht/687230.html
Gallery of the e30 restoration: https://db.tt/hbFq2YSh

I can't wait to see it! But you will certainly never drive it again the way you used to :lol:
flickr

Lastsoul said:
I can't wait to see it! But you will certainly never drive it again the way you used to :lol:
Click to expand...

Maybe a wiremesh, to keep stones away. Don't want to do a mxm
Fuel consumption: https://www.spritmonitor.de/de/detailansicht/687230.html
Gallery of the e30 restoration: https://db.tt/hbFq2YSh

nicjasno said:
Maybe a wiremesh, to keep stones away. Don't want to do a mxm
Click to expand...

True that.
But in case you happen to loose bolt from air cleaner or throttle body, screen does not help. Not that it is more common than engine swallowing an stone (place here "really slow rolling eyes" smiley)

All those pictures of the shell outside the garage with a van and a tractor in the background and snow around, make me think of "My Summer Car"

thomas said:
All those pictures of the shell outside the garage with a van and a tractor in the background and snow around, make me think of "My Summer Car"
Click to expand...

That must be one of the most true to life games of all time.
Fuel consumption: https://www.spritmonitor.de/de/detailansicht/687230.html
Gallery of the e30 restoration: https://db.tt/hbFq2YSh

Progress on the Cortina has been quite slow as I have -once again- taken on some side projects for friends, however, even slowly working on the car gets it closer to some day being finished:

The car is back in it's "stable" and has received some additional paintwork behind the front grille and on the dashboard and interior a-pillars. They are exposed metal, so they needed to be paintedin the correct color before fitting anything to the car:

A lot of time was spent on making every single part I'm putting on the car perfect. This is some of the front suspension, and misc. stuff like battery mount, bumper brackets, etc. Some of them powdercoated and some of them painted with 2-component paints:

Also the car might just be getting some split wheels..

And after finishing the separate parts, I could finally start bolting some complete stuff on the car, hopefully for good this time:

The only thing now missing from the front suspension being complete are the brake caliper brackets. The discs I've chosen are 266mm off a Peugeot 405 Mi16, and calipers are Wilwood Dynalite, mounts will be machined from aluminium sometime in the next few weeks, after which everything can be fitted. The 266mm discs are a bit of a squeeze under 13" wheels..

Also, Even though the car is getting Fiberglass front wings now, I found a really rusty front wing, which I sectioned and will try to use it's parts to fix up the passenger front wing that was damaged in the crash, looks promising initially, but will be a huge amount of work to actually repair:

All the pictures in the thread are fucked thanks to photobucket, but the car is finished. Here is a photo dump of some of the progress with the car. 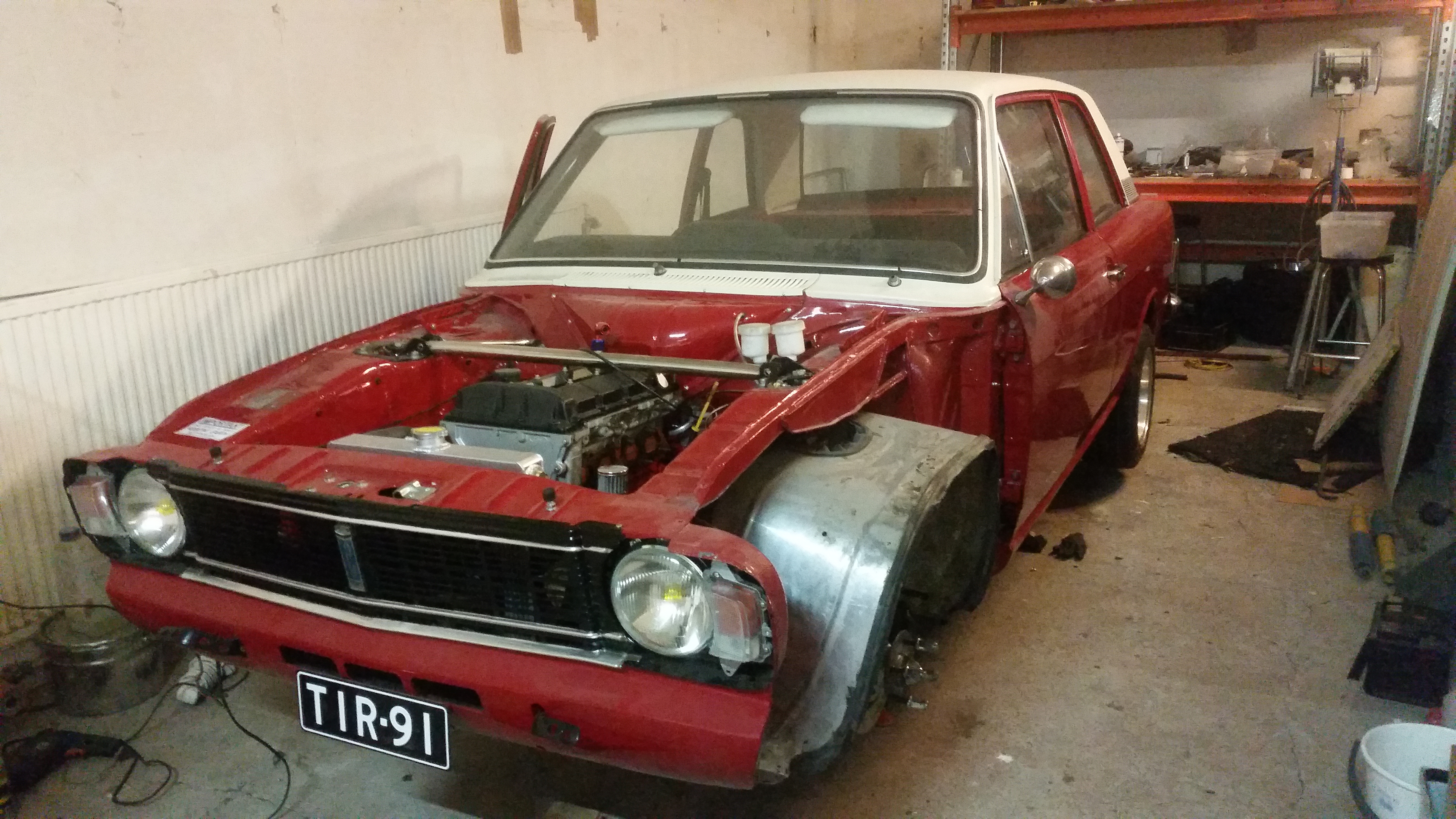 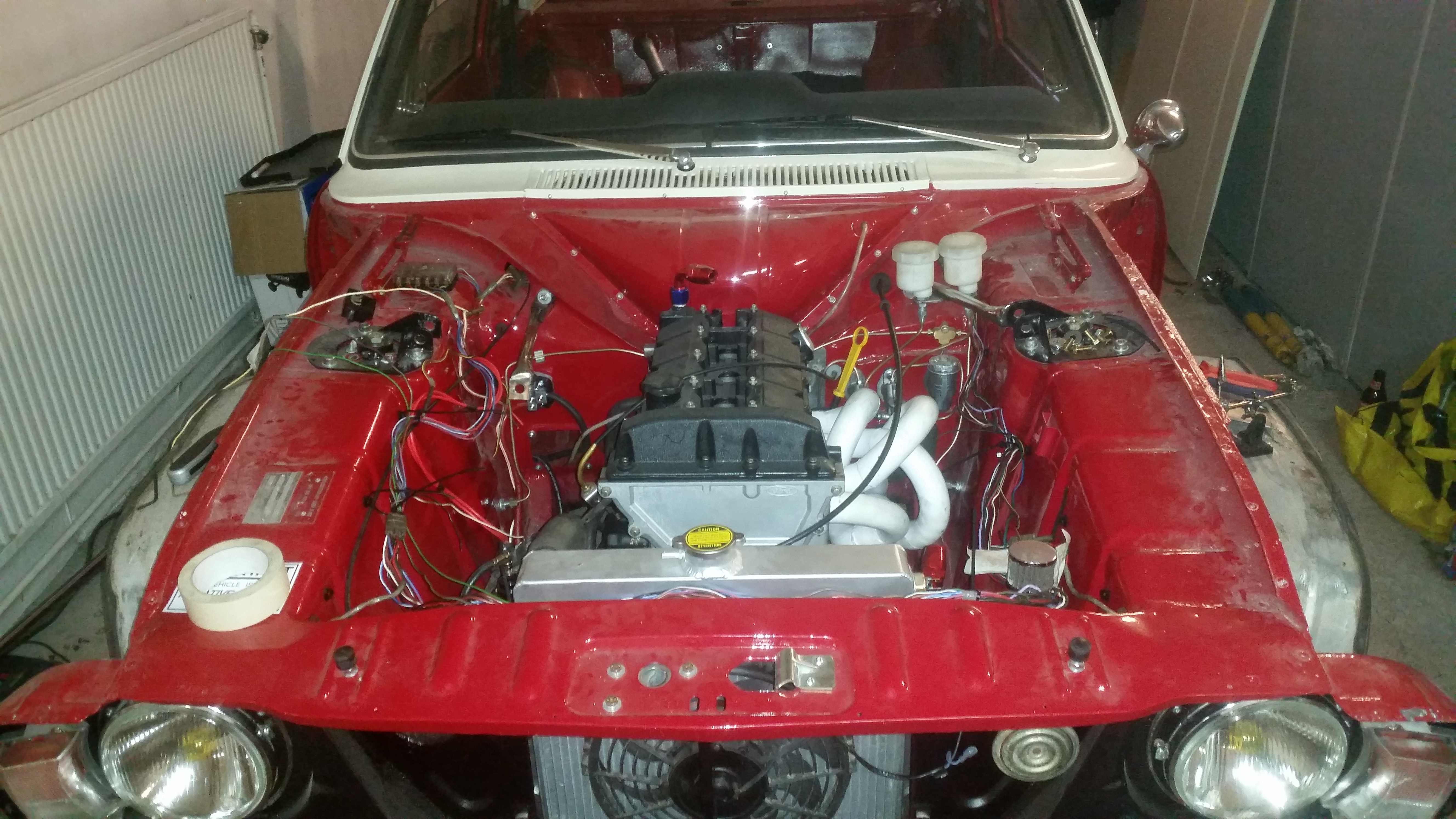 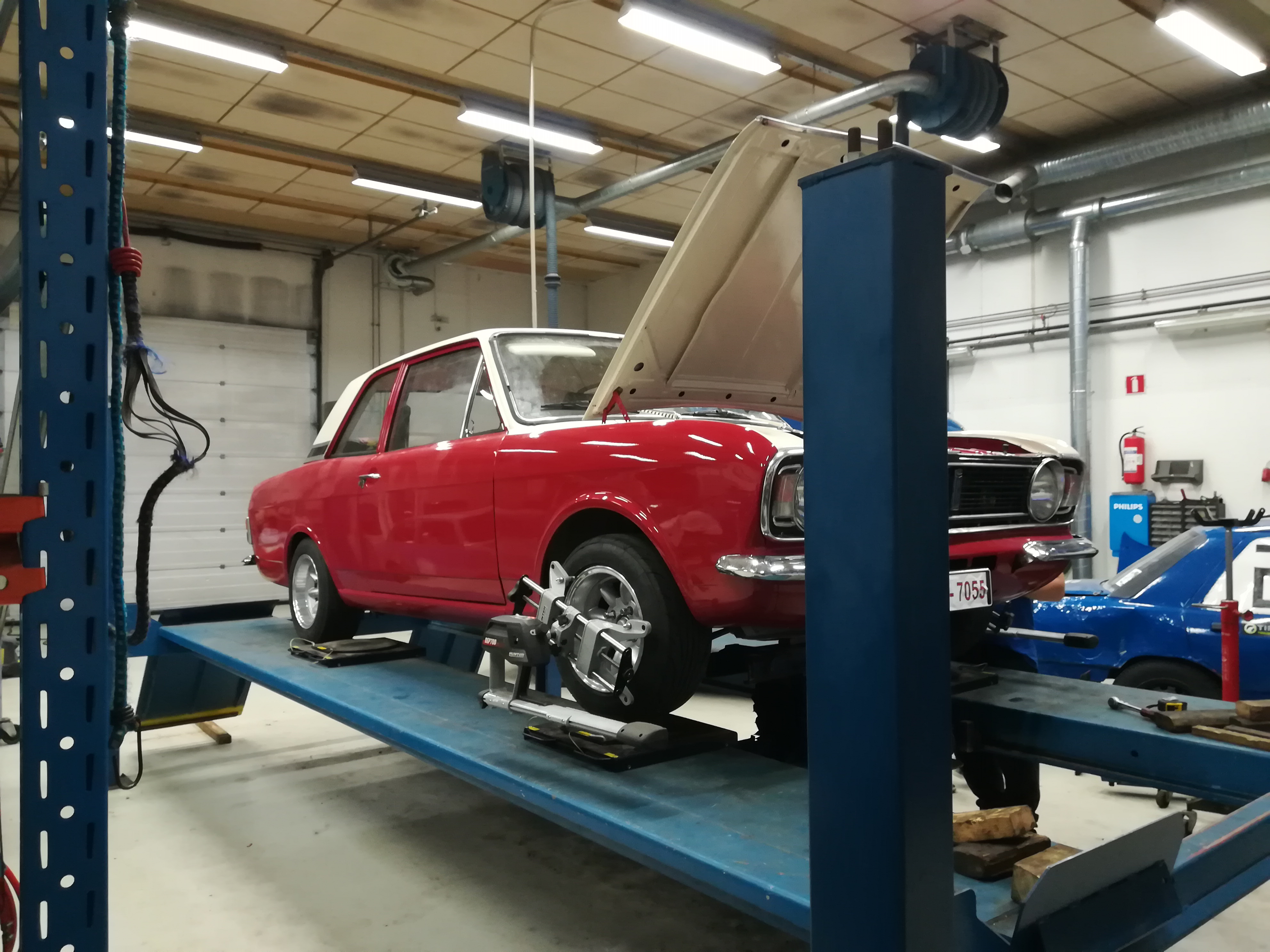 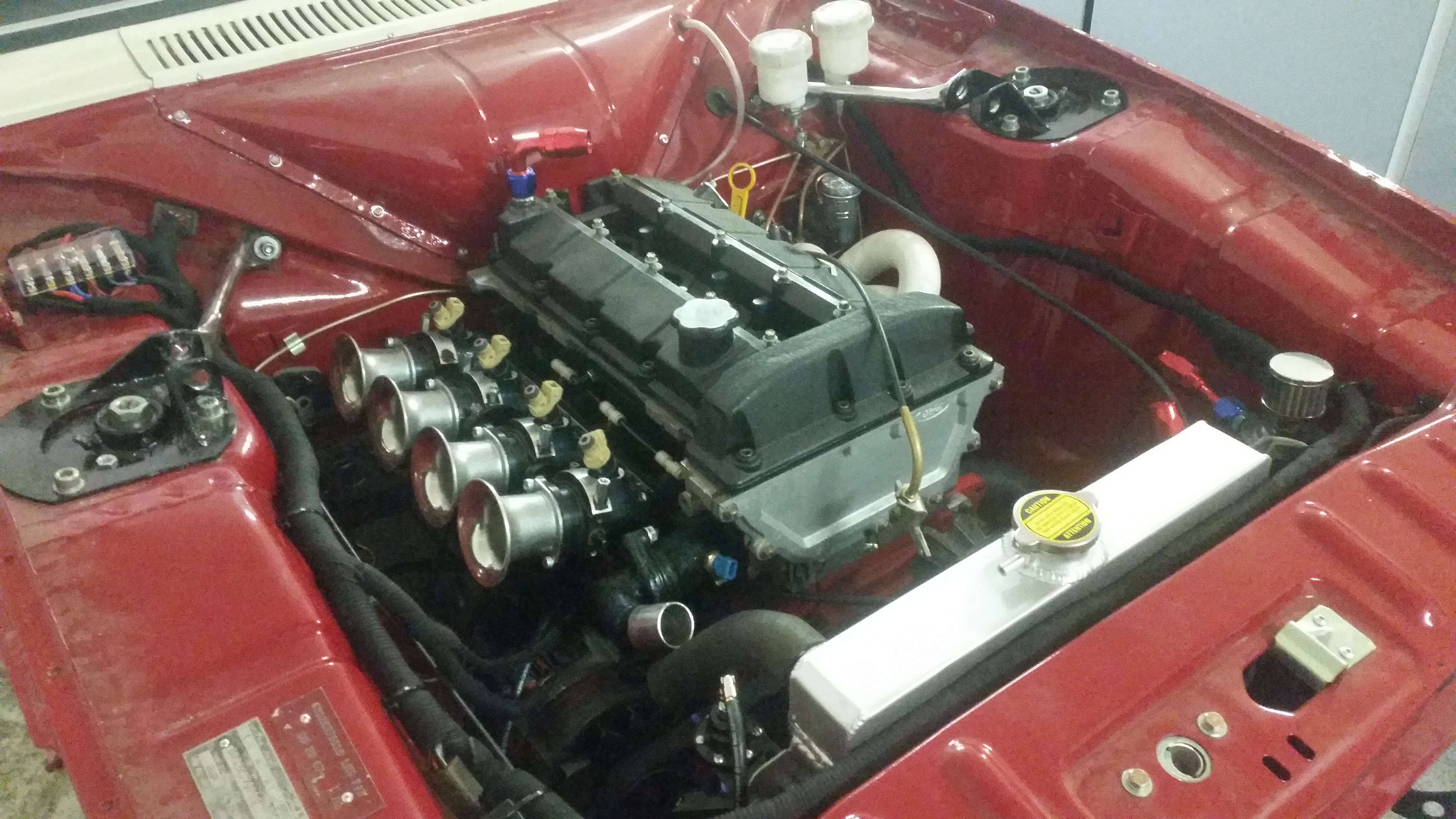 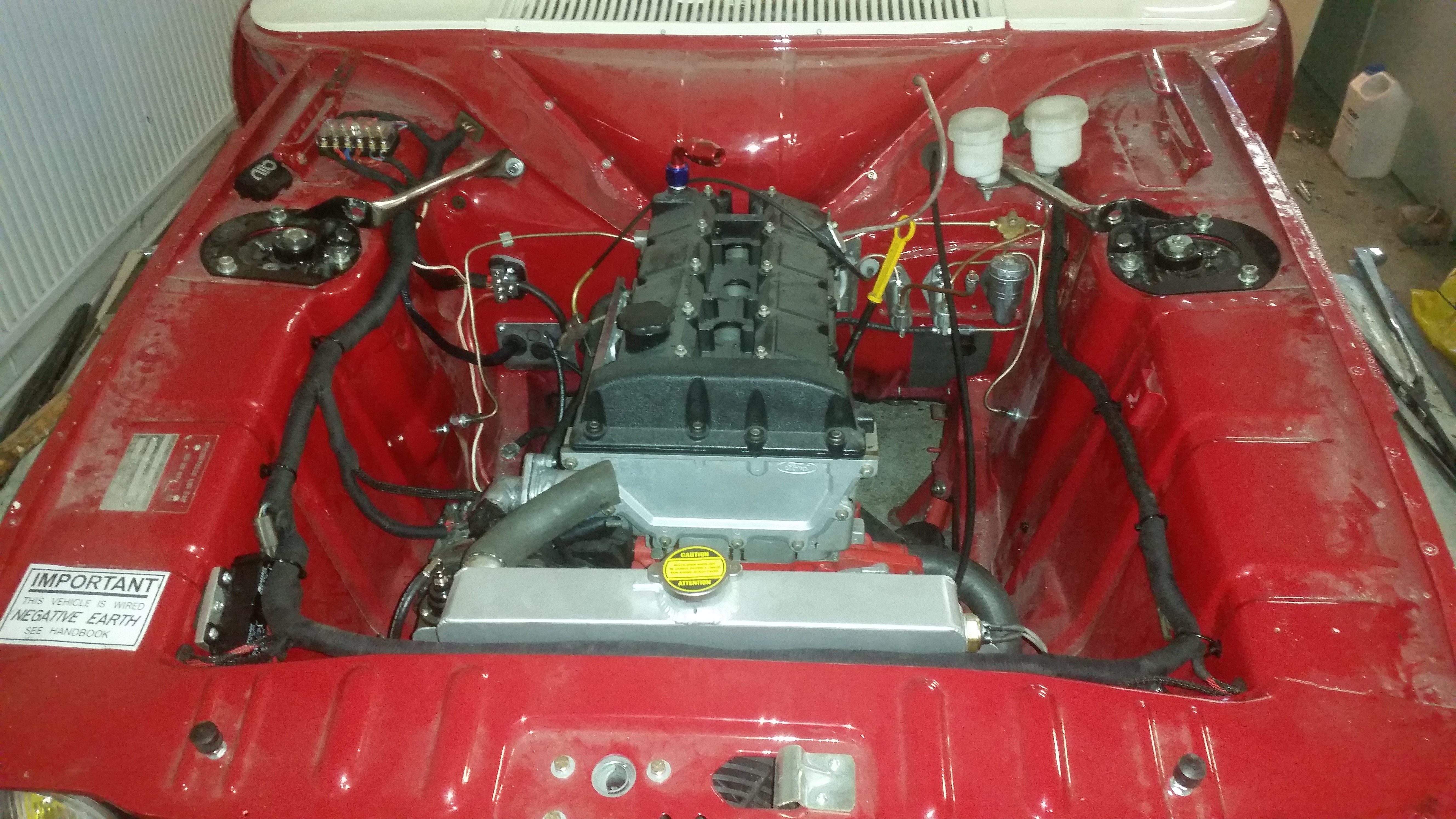 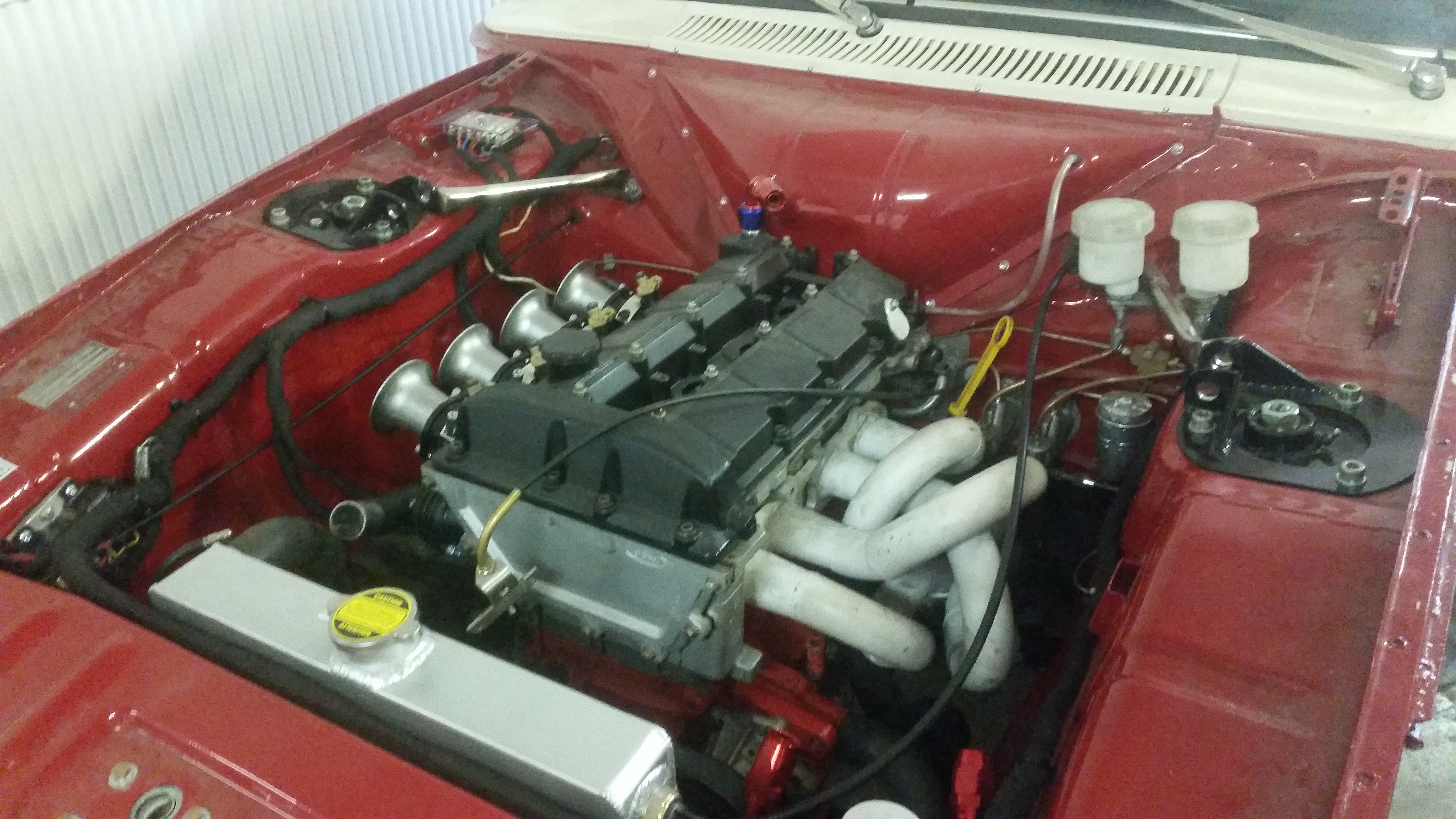 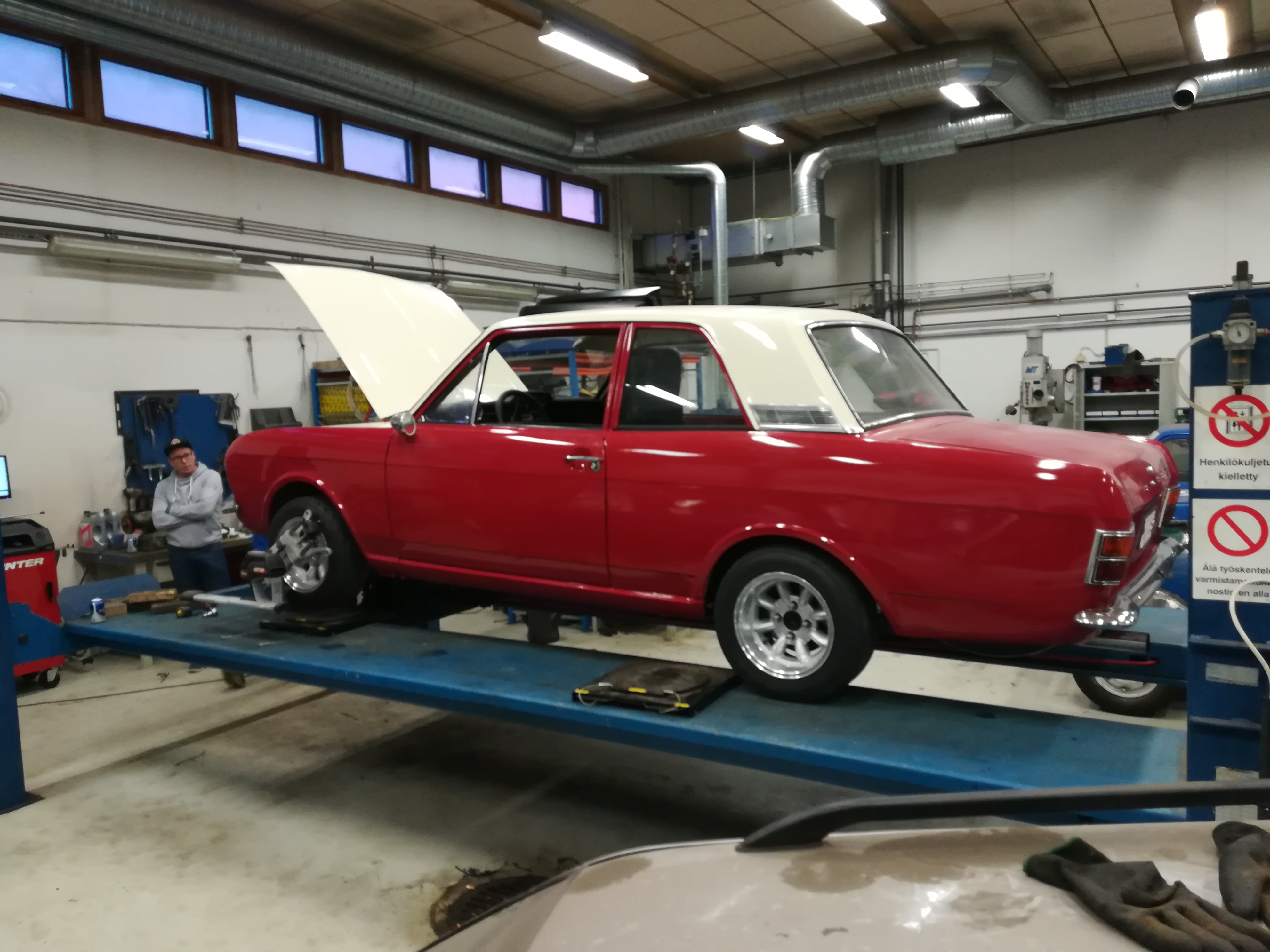 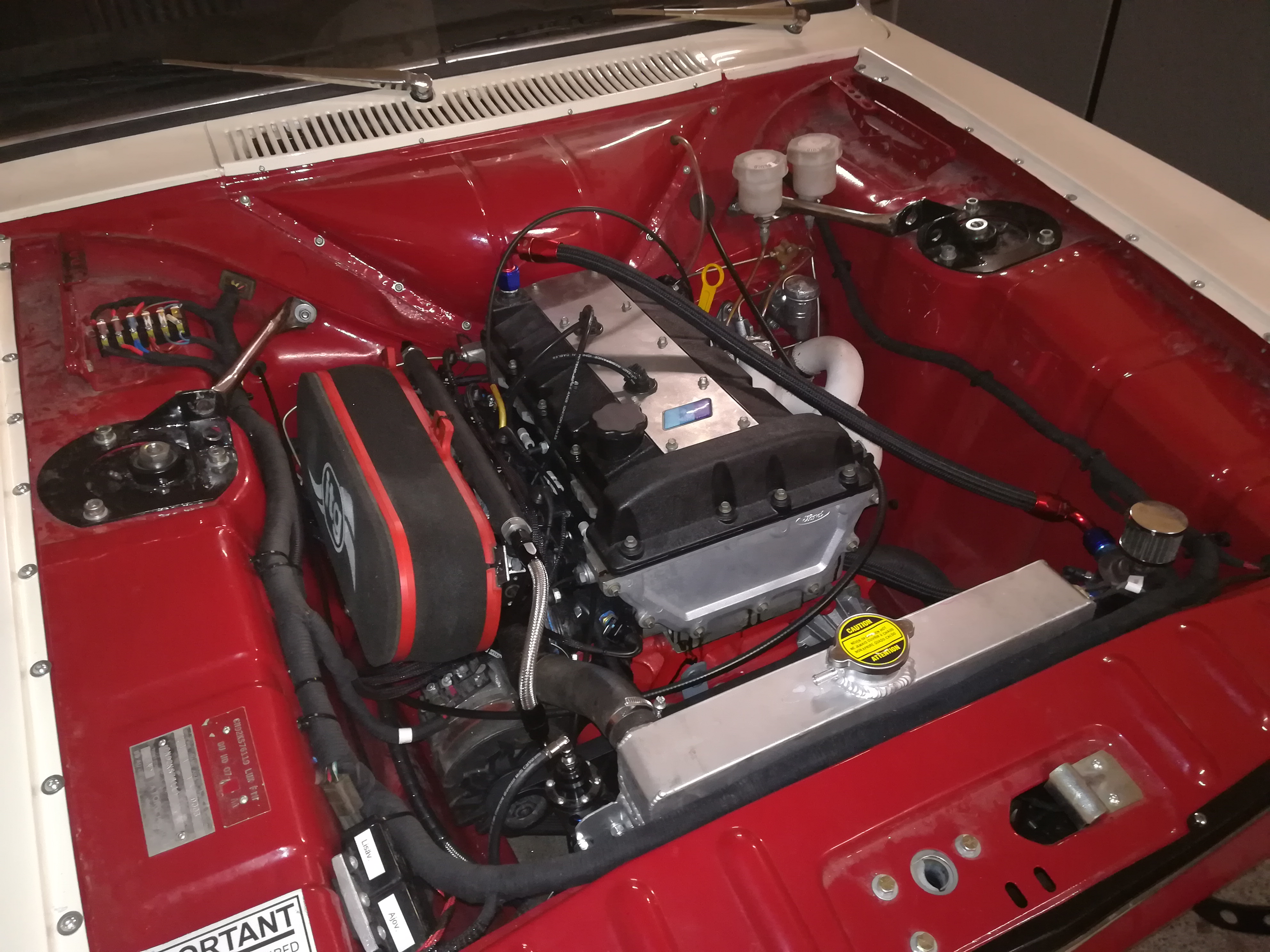 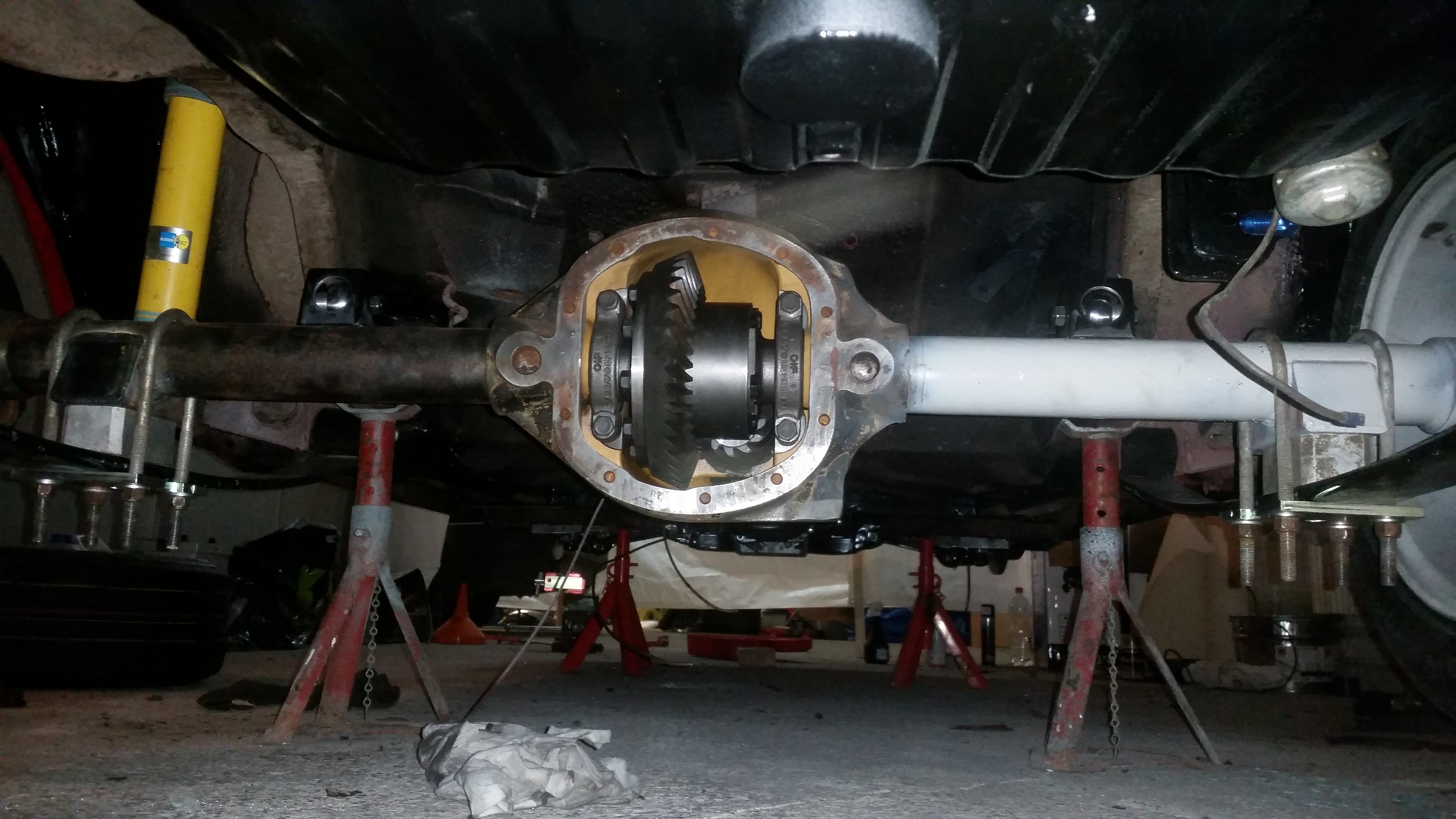 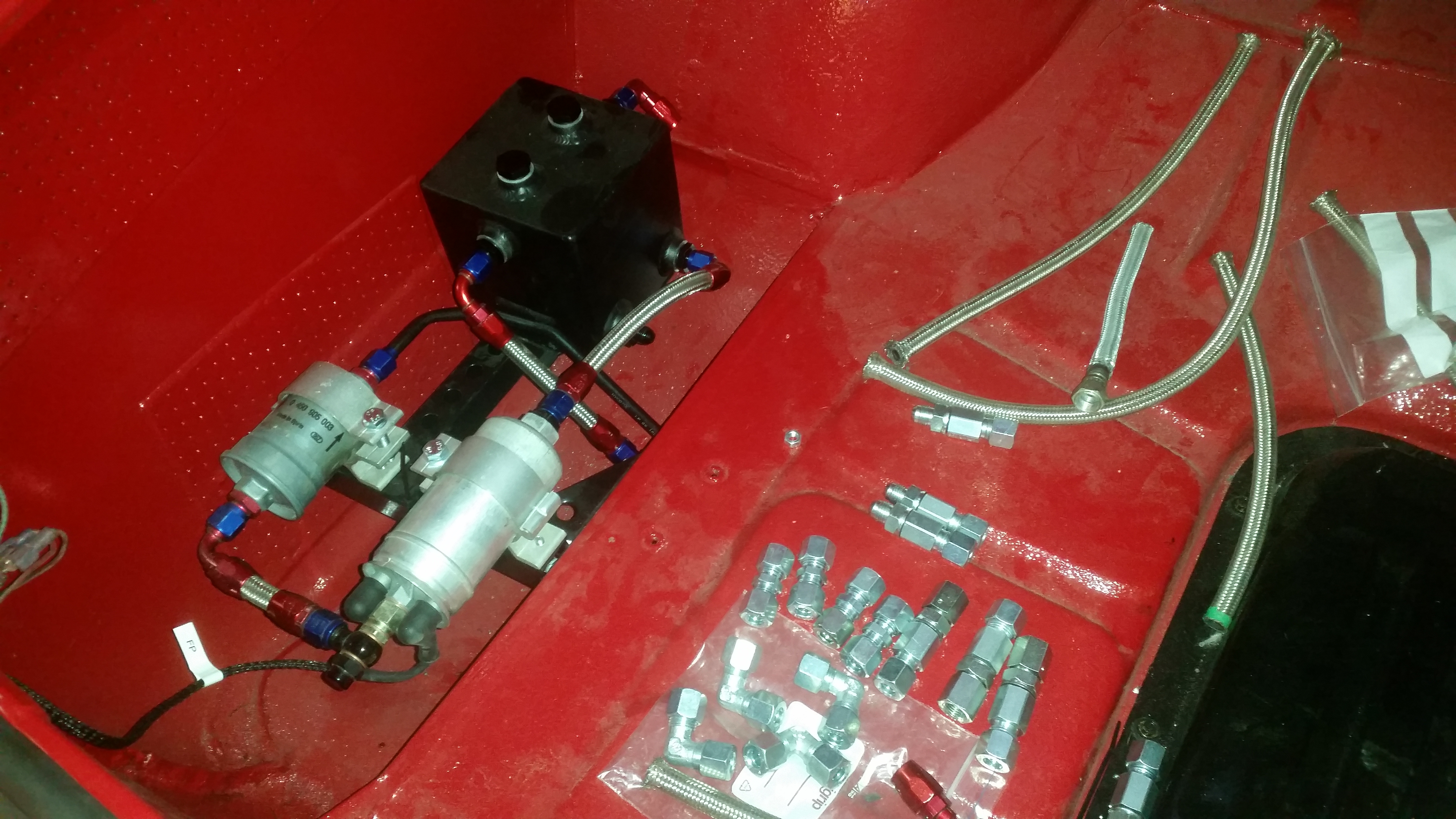 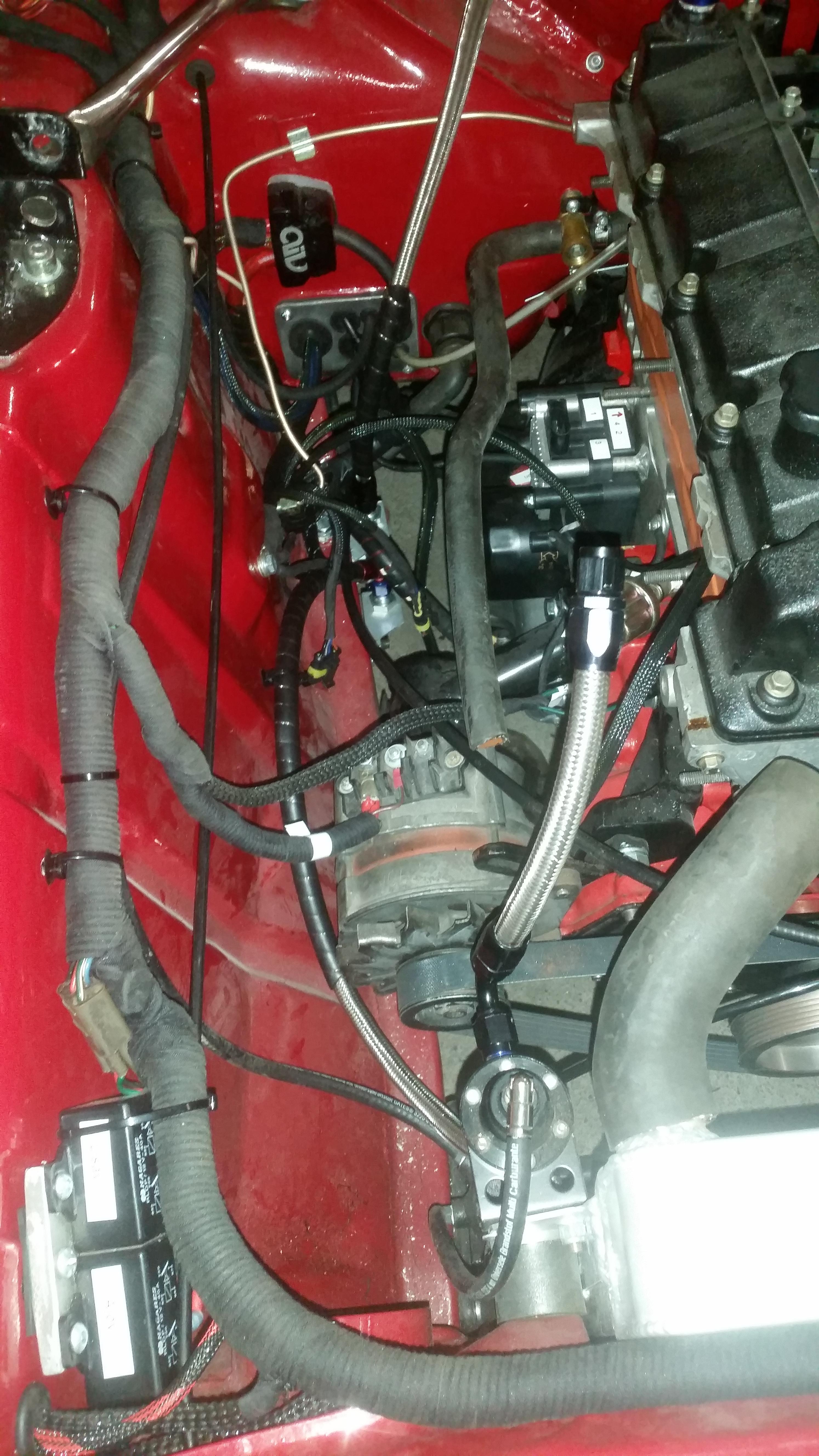 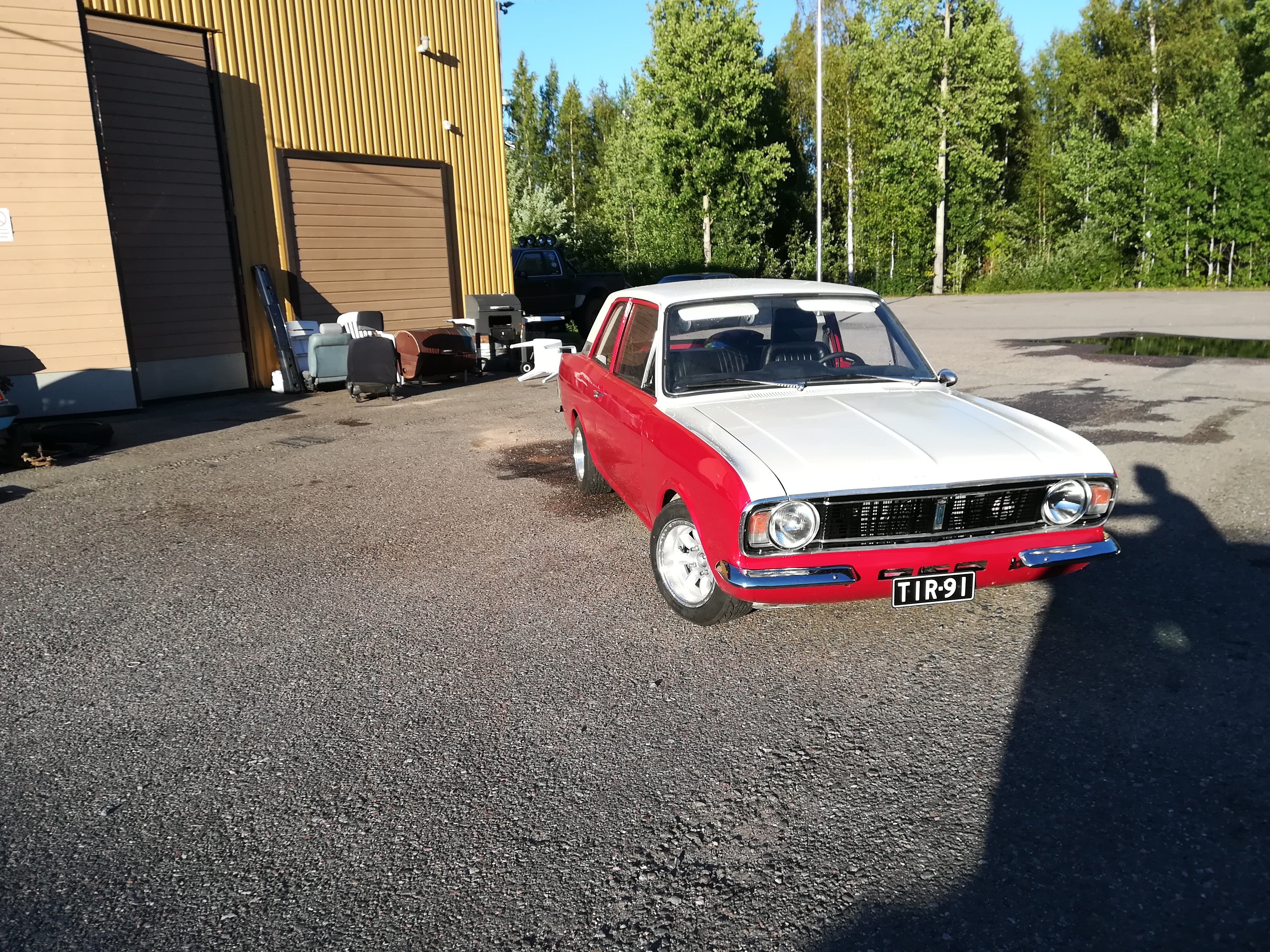 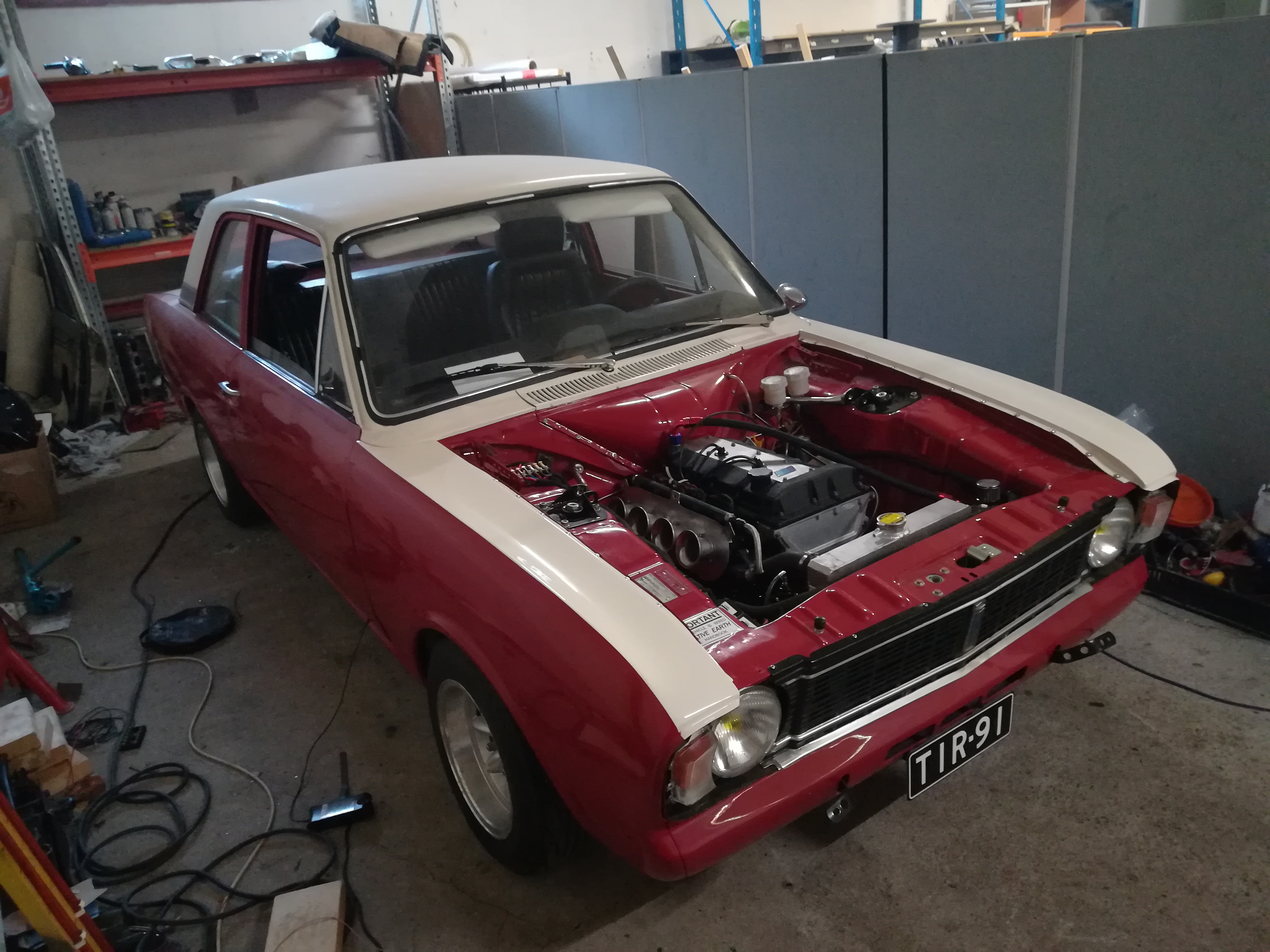 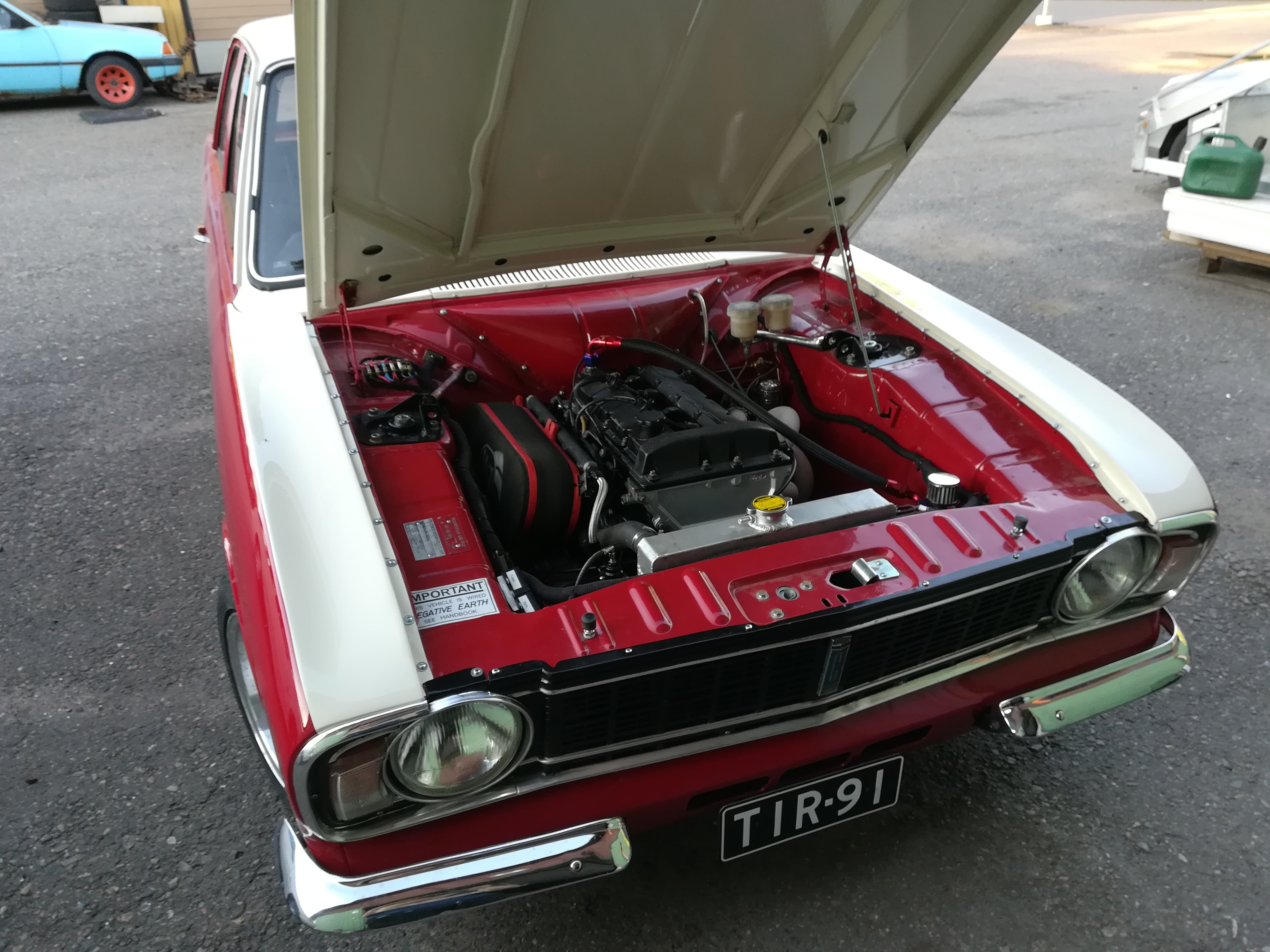 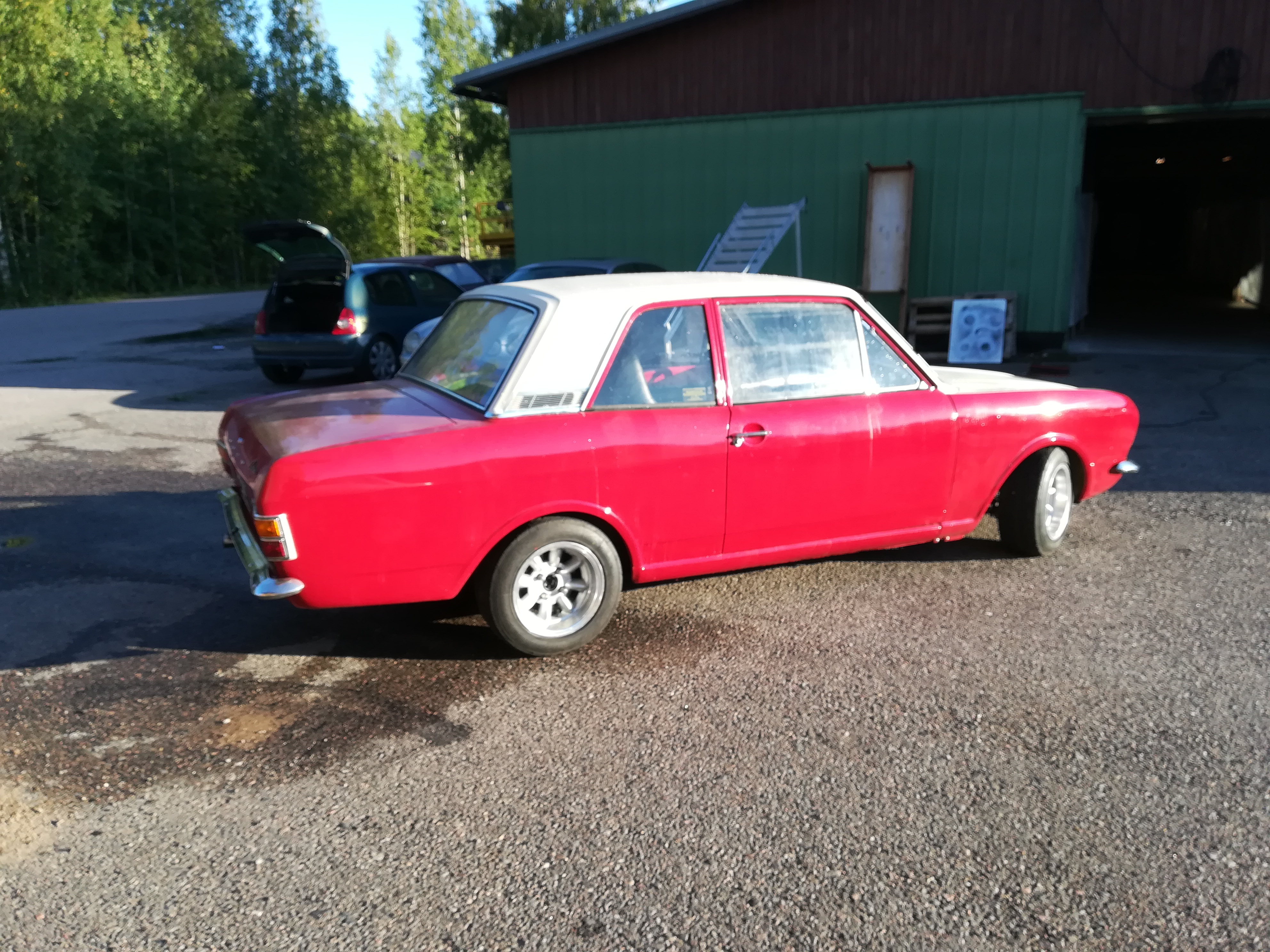 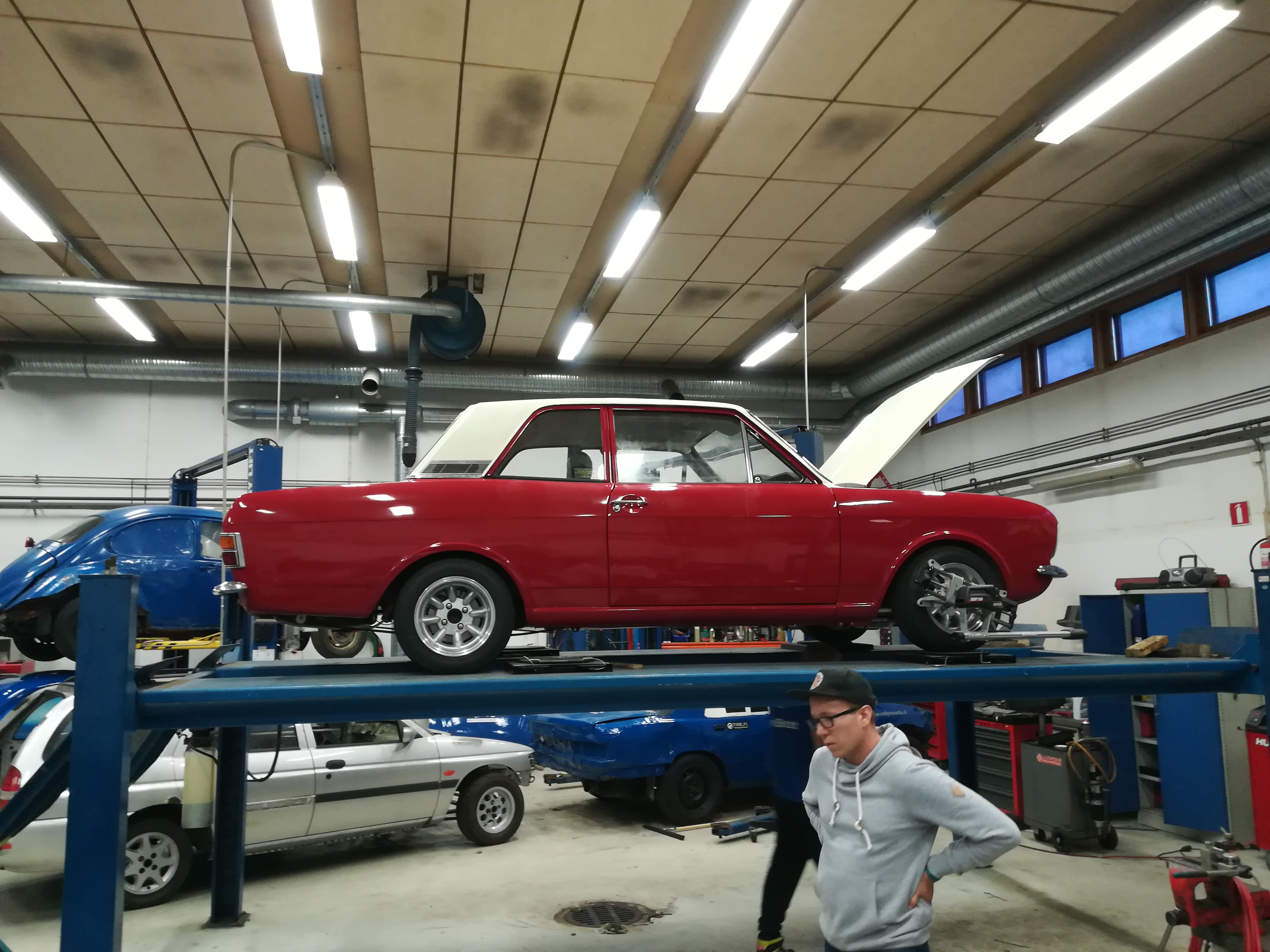 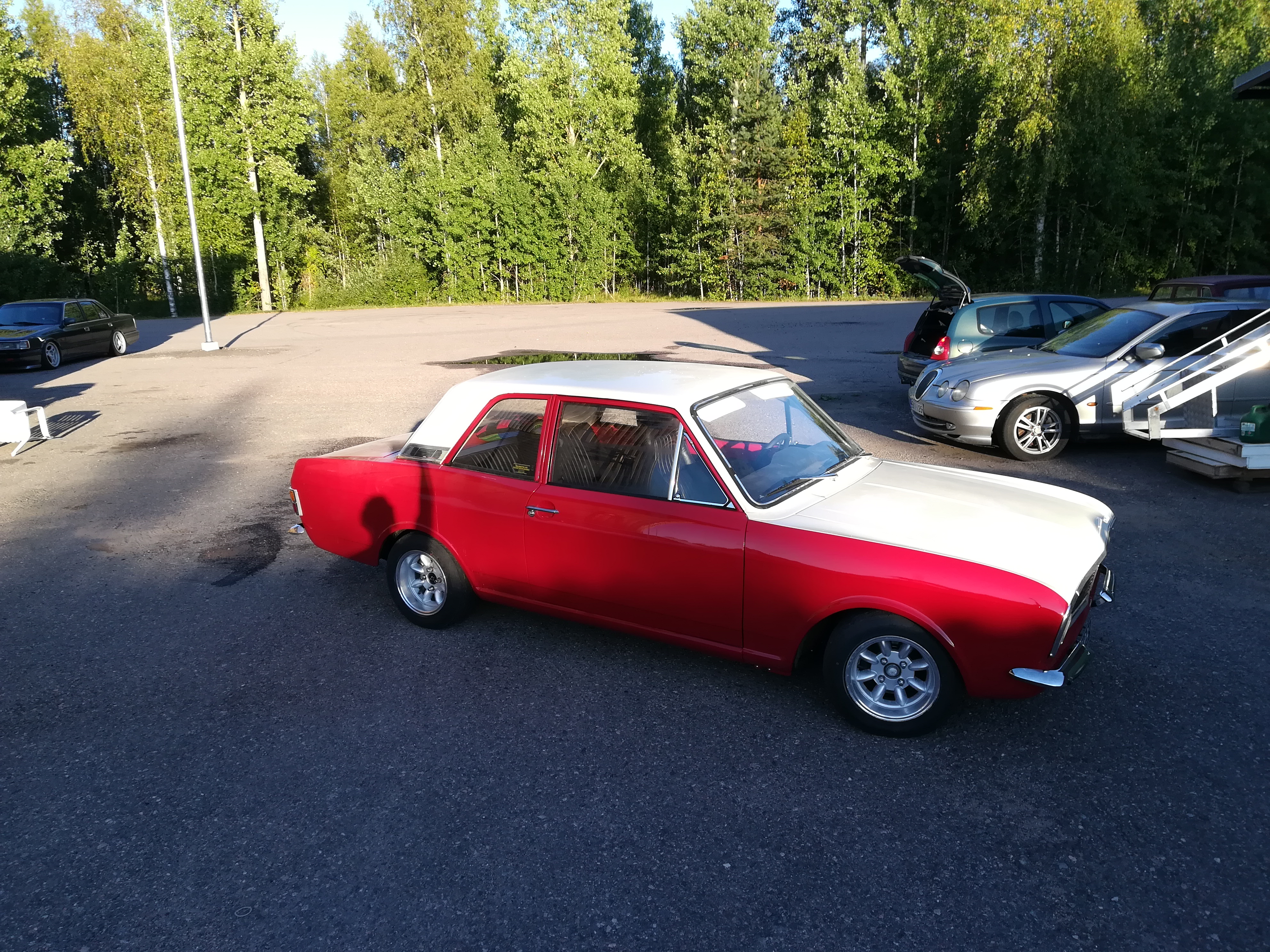 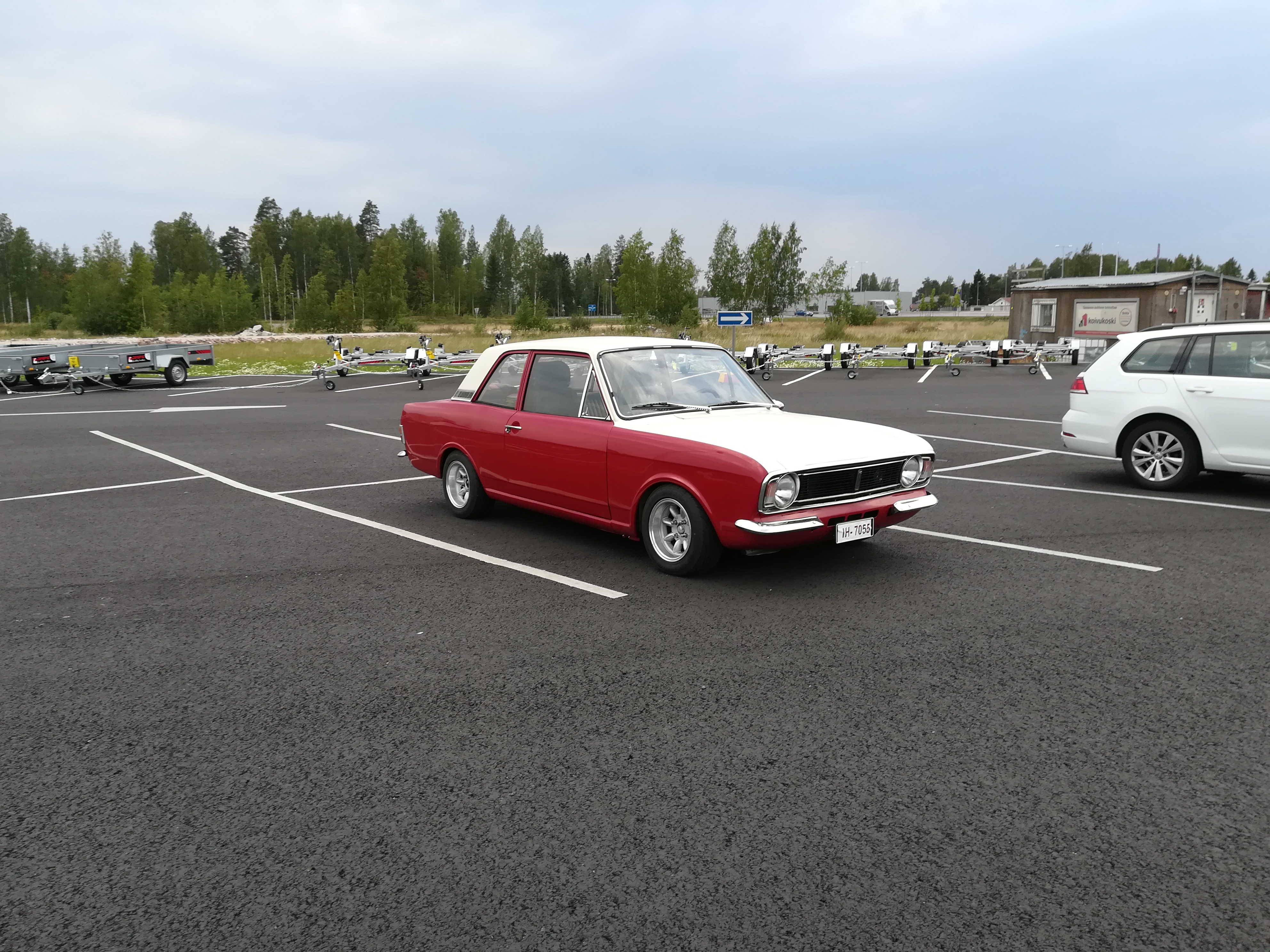 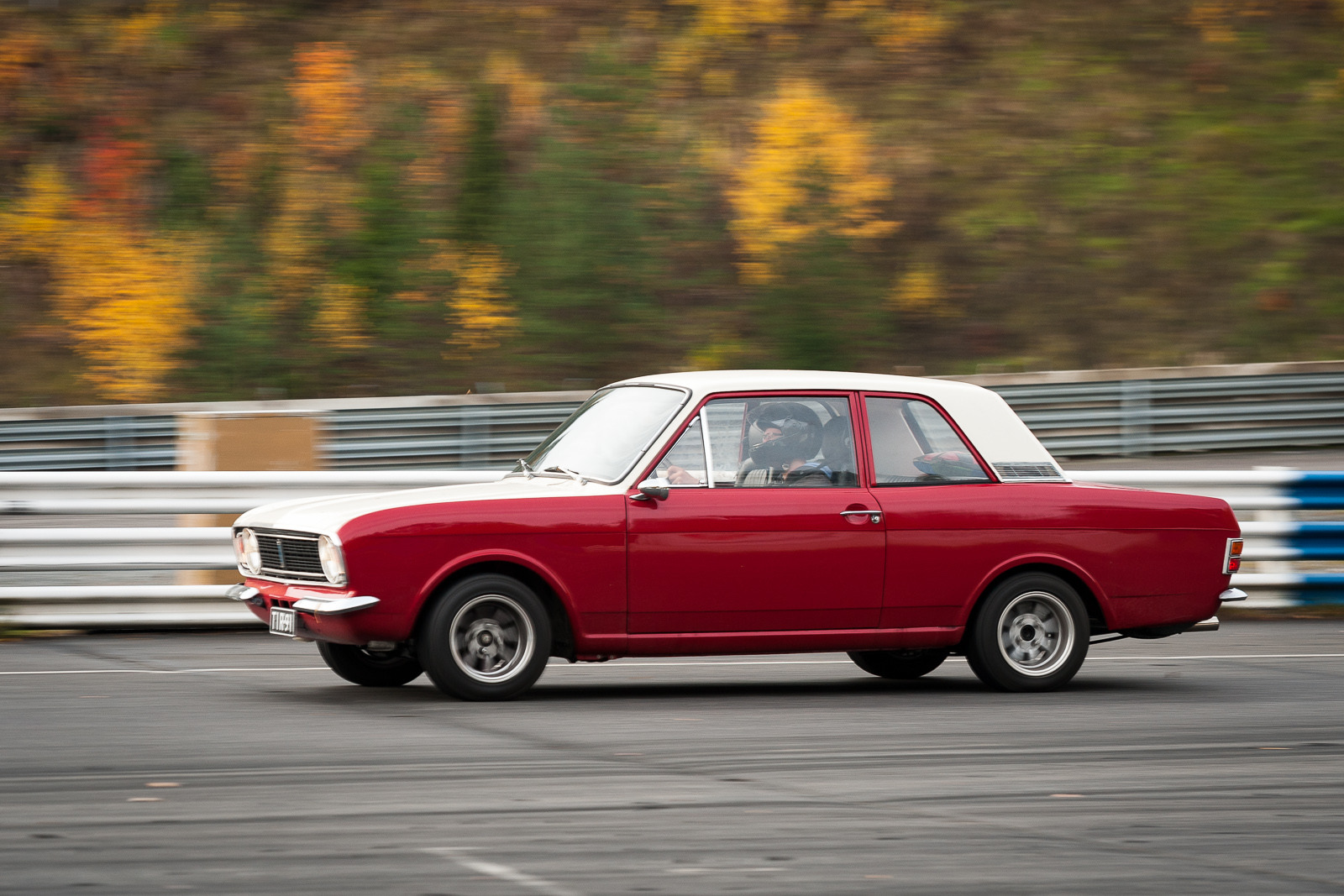 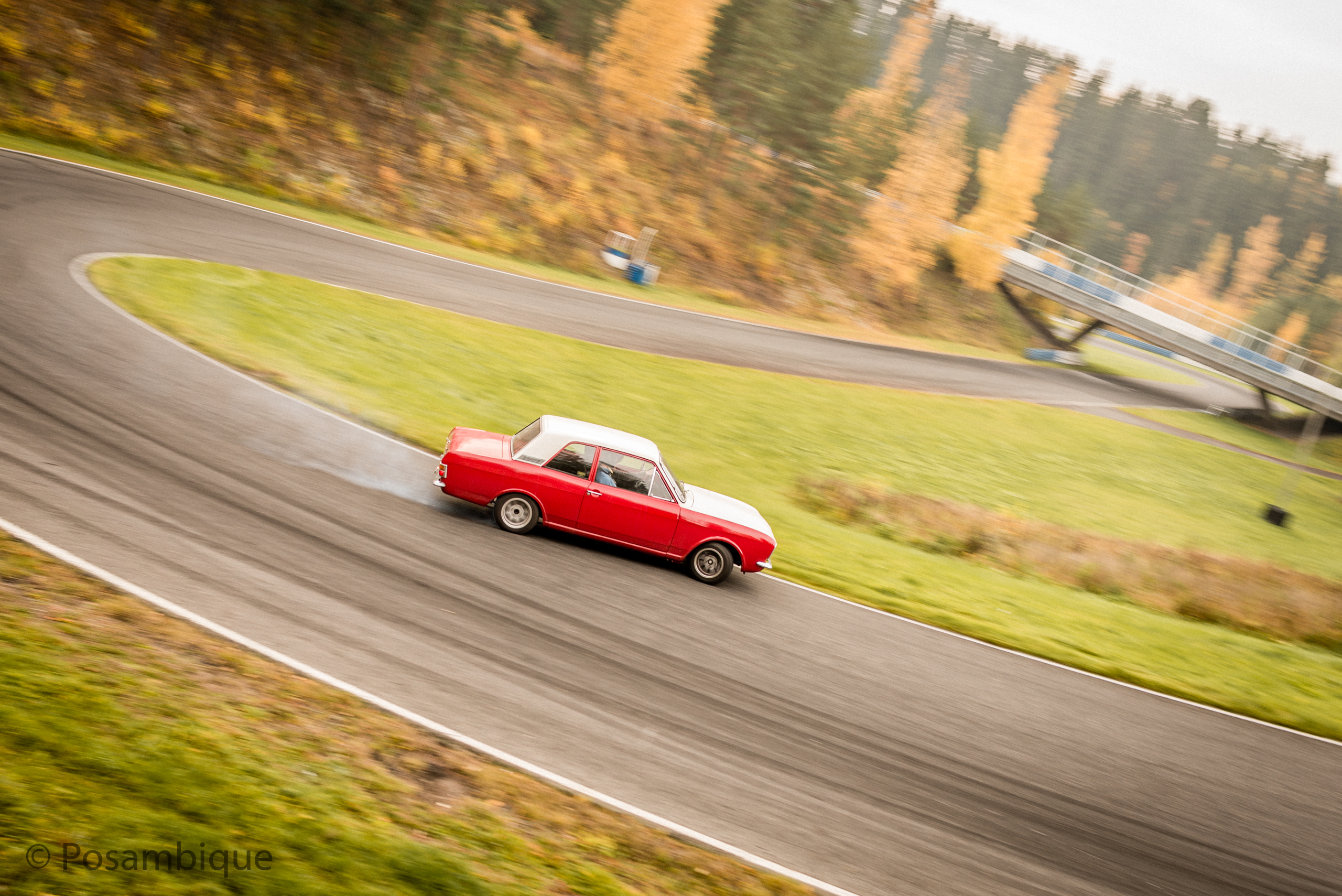 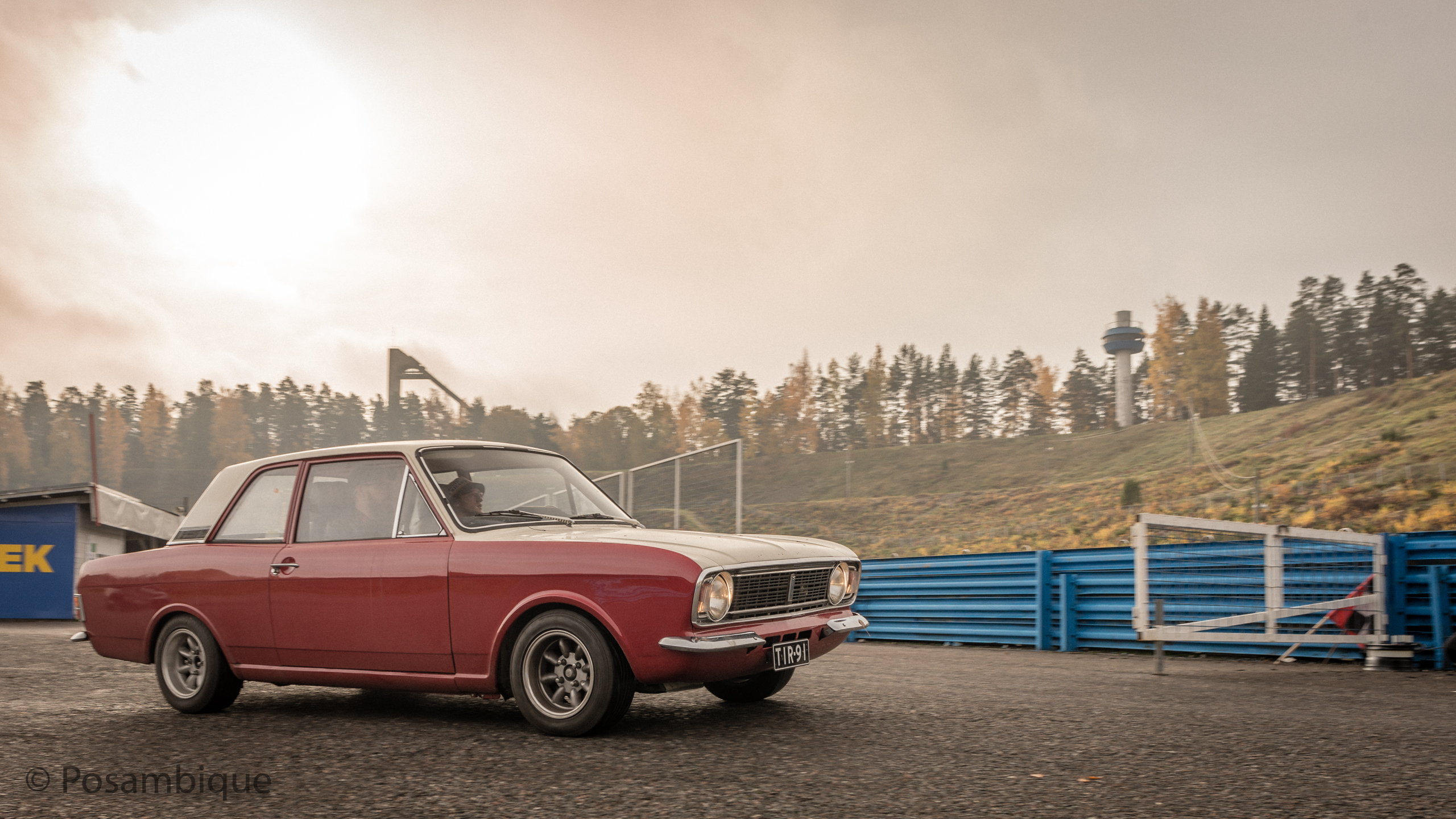 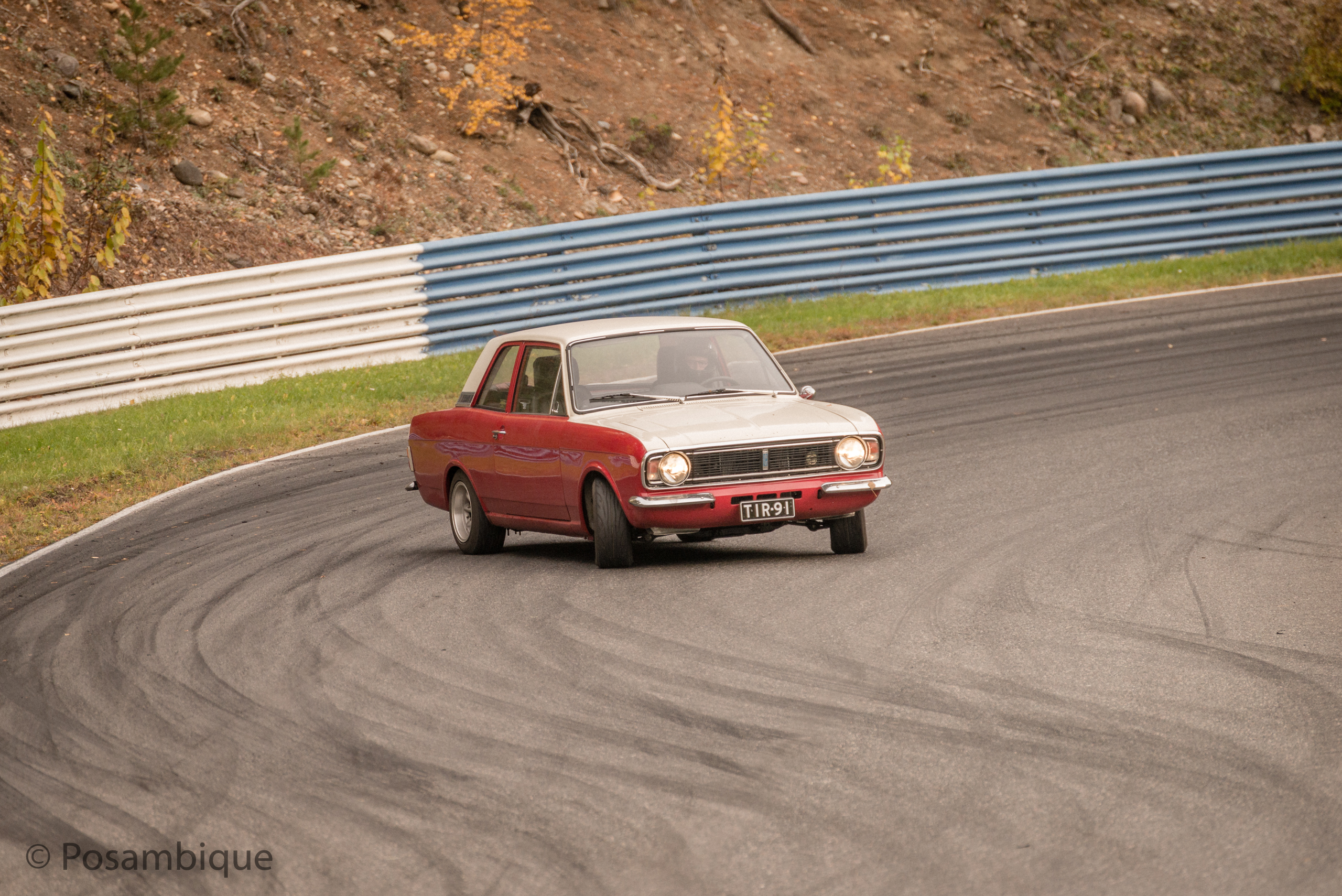 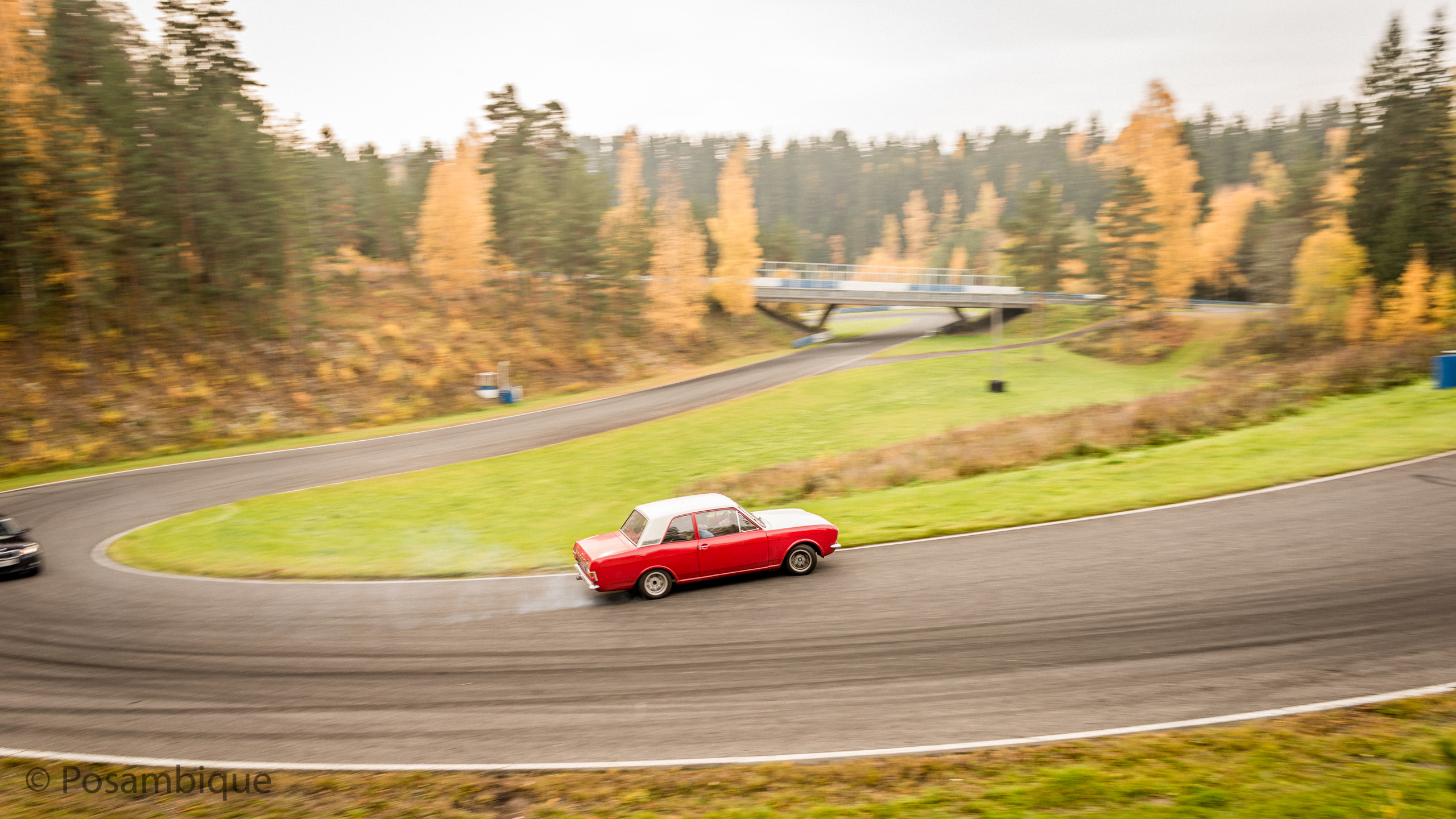 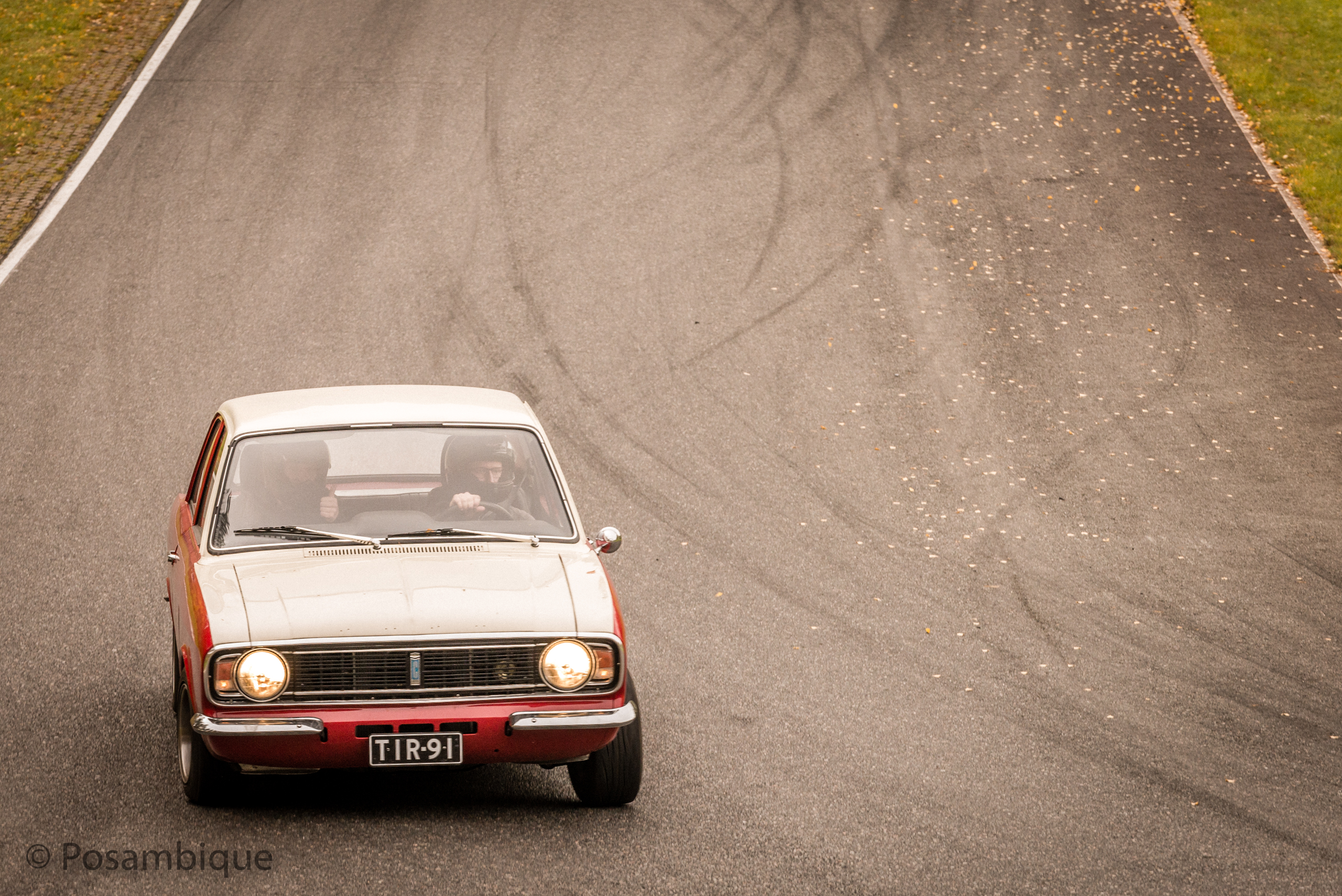 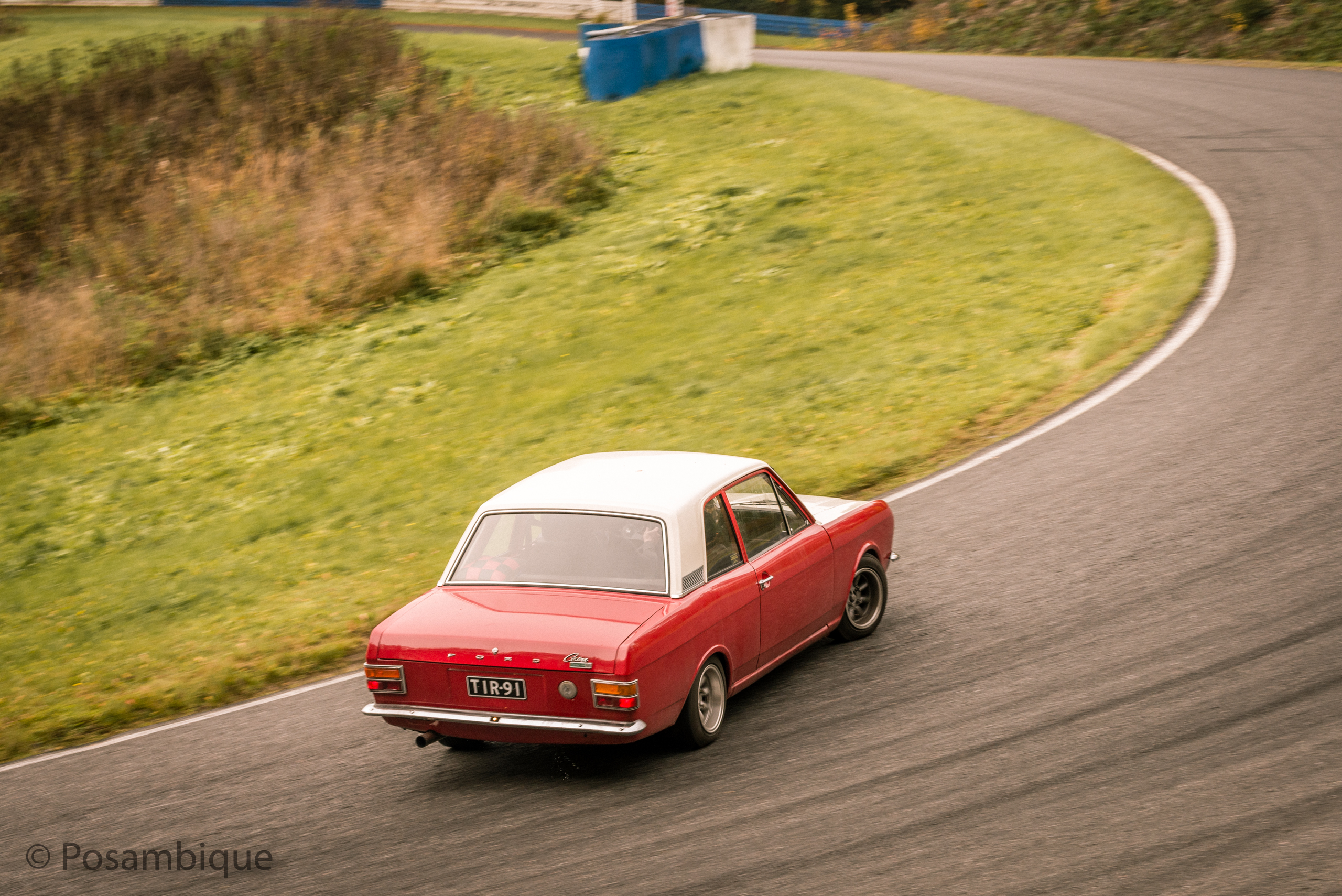 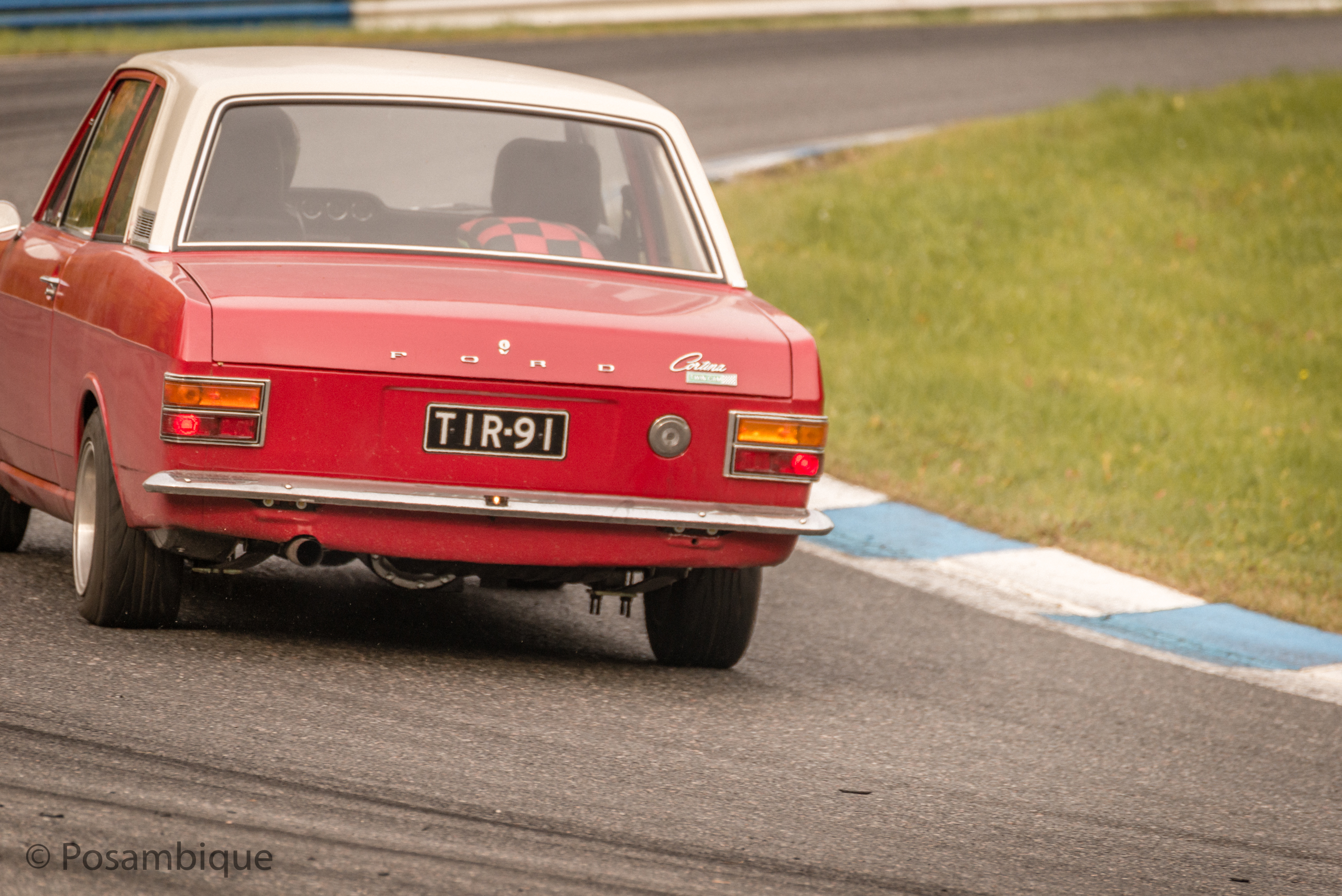 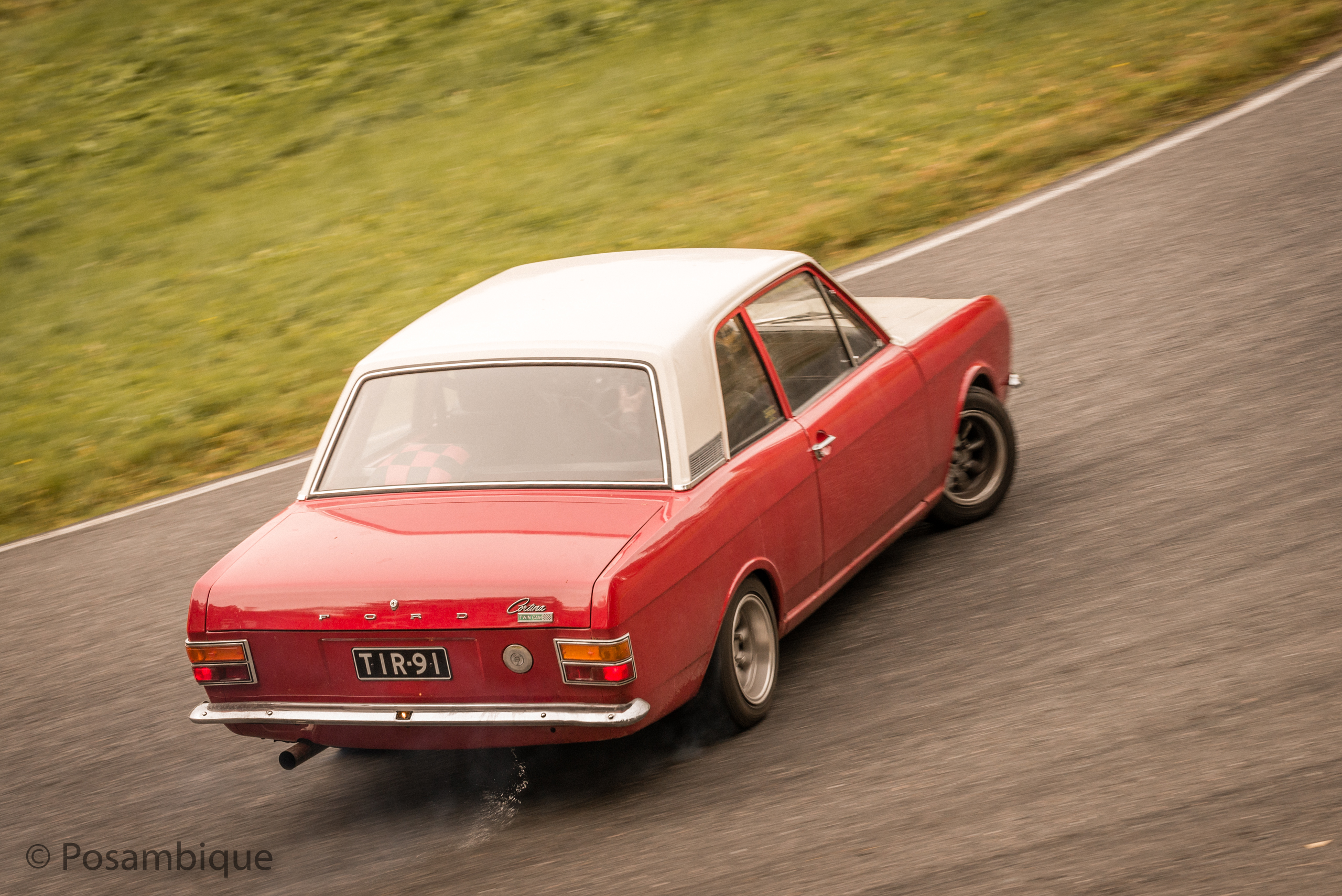 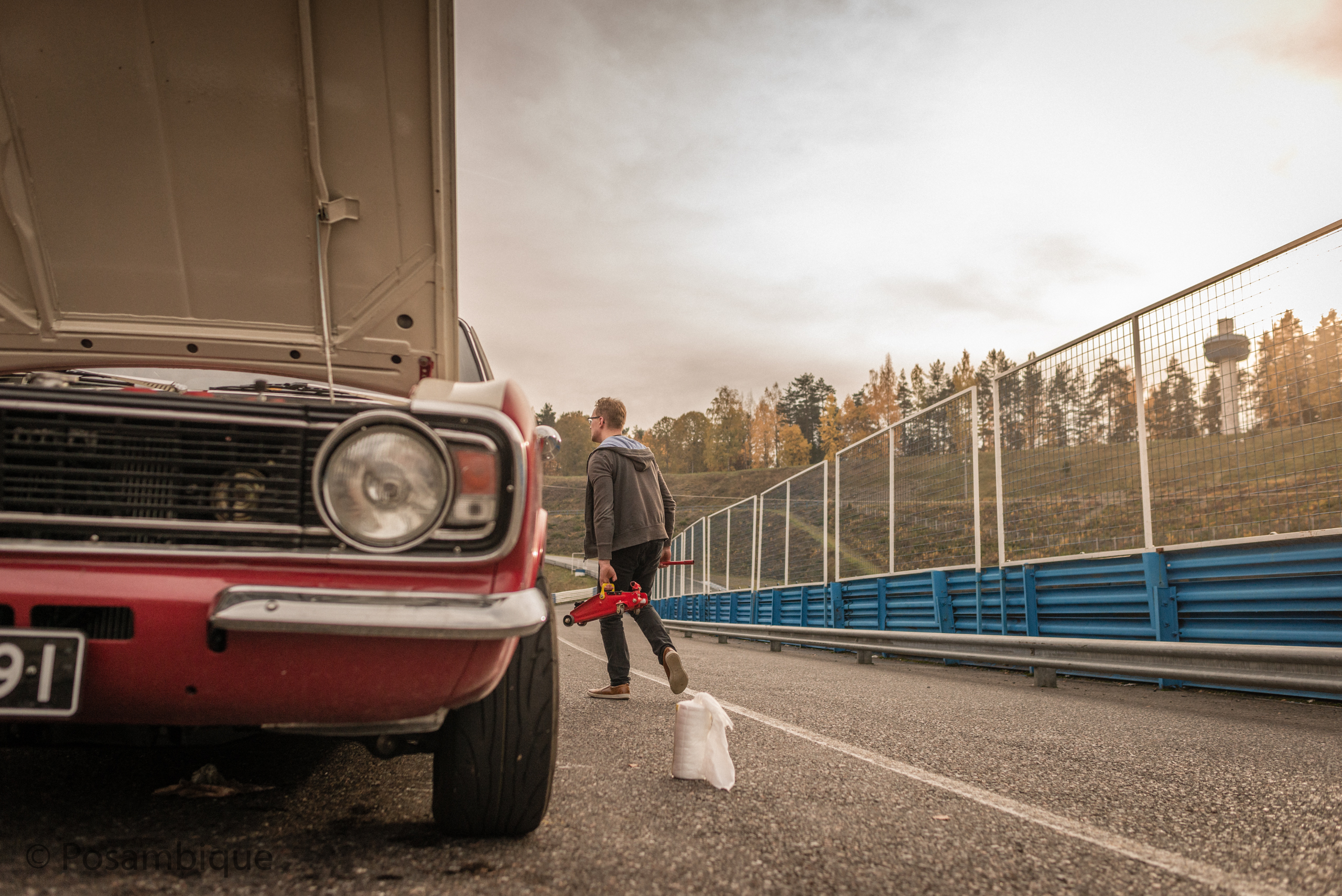 That does look superb. Dare I ask what was dropping out of the back? Fuel, I assume.

That is absolutely stunning. Please bring it to Ringmeet so we can stand around it and point to various items in the engine bay.
WillDAQ: To use the technical terms: "the Mustang is to aerodynamics what horse shit is to fine dining"