Re: switching the colours, I'd like to, but it's a really common scheme on Austins, and I'd like my car to stand out a bit

Re: Heathrow, see above. The colours are roughly Austin, but the application isn't, but then the car is a special! (I've used Ford Lagoon Blue and Mini Surf Blue here).

Would anyone be kind enough to photoshop up a front view of the car in the same scheme so I can get a further idea without painting more? (Wings the light blue, body the dark blue, headlamps, wing stays etc. still in black).

Andeh said:
Would anyone be kind enough to photoshop up a front view of the car in the same scheme so I can get a further idea without painting more? (Wings the light blue, body the dark blue, headlamps, wing stays etc. still in black).
Click to expand...

I should be able to use the pictures I made before to get that, the light blue is actually very similar to one of the colours I did. Might take me a couple of days though.

I should say that personally I'm not a fan, kind of makes it look like a clown car.

I cobbled something quick together, might make more variants if you want... ^ That's better than my attempt. :lol:

That's awesome, thanks gt. I've been having similar thoughts to Matt, in that my initial reaction when I walk into the garage and see the rear, is clown car/a joke, but the longer I stare at it, the more it grows on me.

It's definitely different, which is what I wanted, but is it different for the wrong reasons?

The longer I look, the more I like it...

Would someone by able to try the wings in a light grey, black and RAL 5024, or 5014 for comparison please? look a lot better in black or gray as above

Must spread some more paint around before brushing gt1750 again...

I'm still undecided though, I like the blue wings personally (over the turquoise I've currently painted it), but I also like the grey. I'm still thinking that the red was a solid scheme though...

Hm. Whatever goes on has to last until this time next year, as I can't paint it mid season. A year's not that long if I don't like it though, maybe go for the change.

Yellow with black wings in honour of the location of that photo.

I'm a newbie to this forum, and have just been enjoying reading through this thread.

Personally, I like the two-tone blue colour scheme, but then I'm biased, as this is the original special order colour scheme for my car!

As others have said, try it - whichever scheme you decide - you can always revert to the red next year ...


I actually put in a reasonable time for a RWD car with rubbish steering lock, just 2 seconds off the top.

Now to fulfill the current internet's need for Initial D memes you need to watch your own video on 2x the speed and with this song running!

On Saturday we took part in the VSCC Lakeland Trial, my third time on this particular event since starting the hobby.

As you know, in February we broke the crankshaft during the Northern Classic Trial, another tough event in Cumbria using many of the same hills as the VSCC Lakeland. Since then I had been using a temporary engine made up of spare parts, which has performed surprisingly well over the last four events.

Over the summer the new engine has been assembled by a skilled engineer friend who specialises in working on Austin Sevens. It?s based on a very low mileage marine block and crankcase, new steel crank, rods, and pistons. A standard Austin cam has been profiled and set just so for maximum torque, and an alloy head and sump finish off the package. Really there?s a lot more work than that in it, and suffice to say, it?s a beautiful engine.
We ran into some initial problems running the car in, as after only a hundred miles or so a terrible knock developed. This transpired to be the big end bearing on #3 failing, and after much head scratching and consultation it was discovered that the new rods did not have crucial oil flow holes drilled into them to allow fresh oil to circulate into the bearing. Being white metal, this meant new white metalling and a worrying time delay at a crucial time early in the season.

Luckily the work was finished exceedingly quickly and within a week the car was back, and knock free. Before the trial we racked up 500 miles testing the engine and running it in, and it?s a different beast entirely to the old one. Oodles of low end grunt finally give me the confidence to back off on a hill to regain grip, and know the engine will come back.

After a shaky start when the PDVCC Autumn Trial was unfortunately cancelled due to weather, we come to Saturday and the VSCC Lakeland, a trial by fire for a new engine if any existed. My first hill was ?Drumhouse? the steep slate track up Honister slate mine which in 2015 scuppered me with my weak engine, and in 2016 elated me when I reached the top. This year was nerve wracking as I hadn?t previously pushed the engine so hard. I was amazed to find that the new engine pulled all the way up at ? - 1/3 throttle, a massive improvement.

The rest of the day went very well with surprisingly good weather for the lakes in November, and by the end we found ourselves in the pub awaiting the results. We took home a 2nd class award, our highest achievement in the phenomenally competitive VSCC , and my first award at my ?home? event. 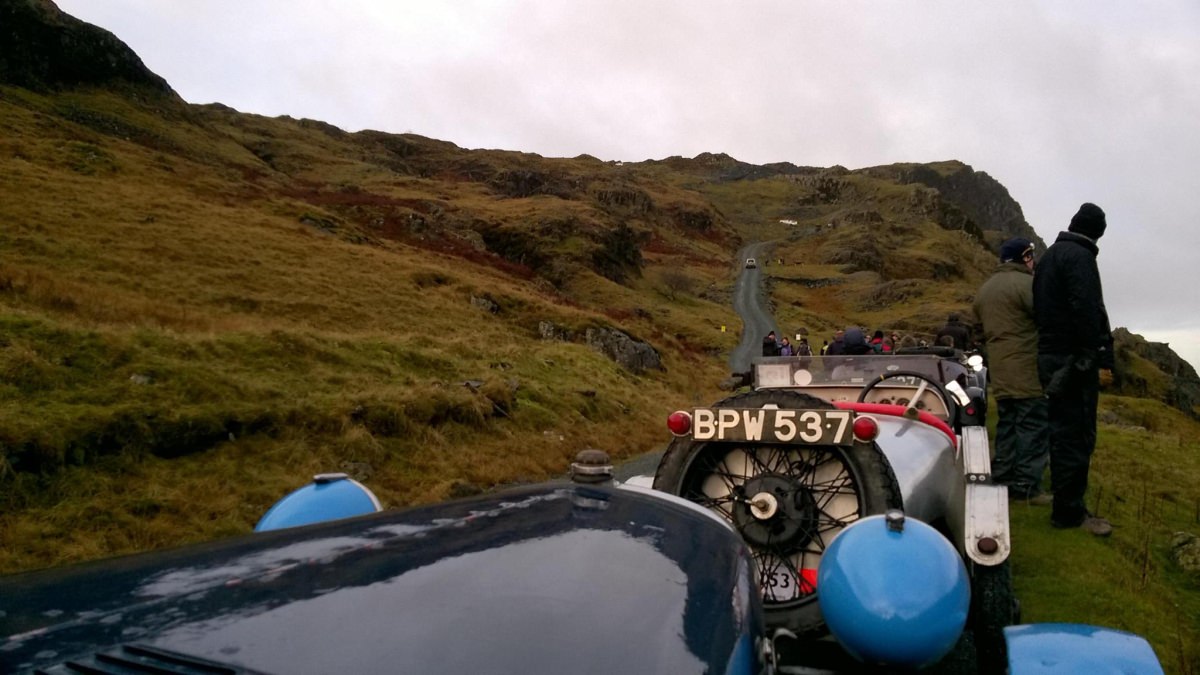 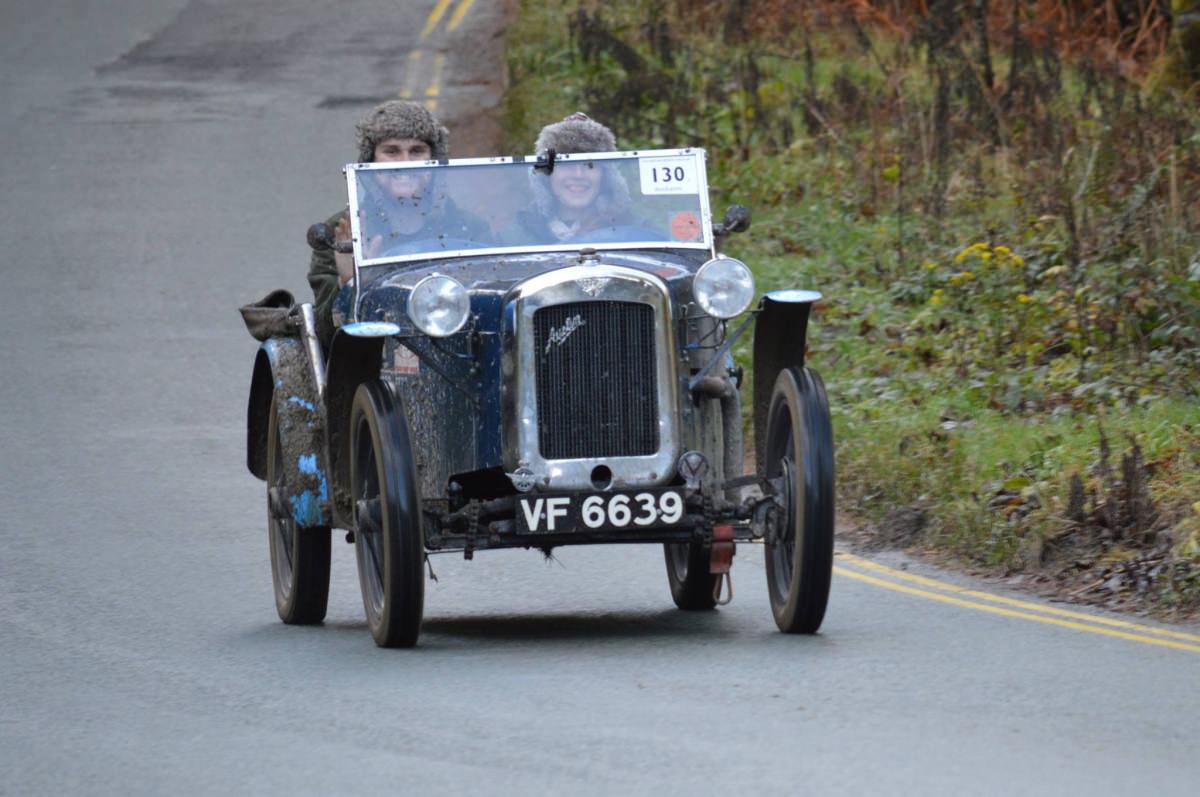 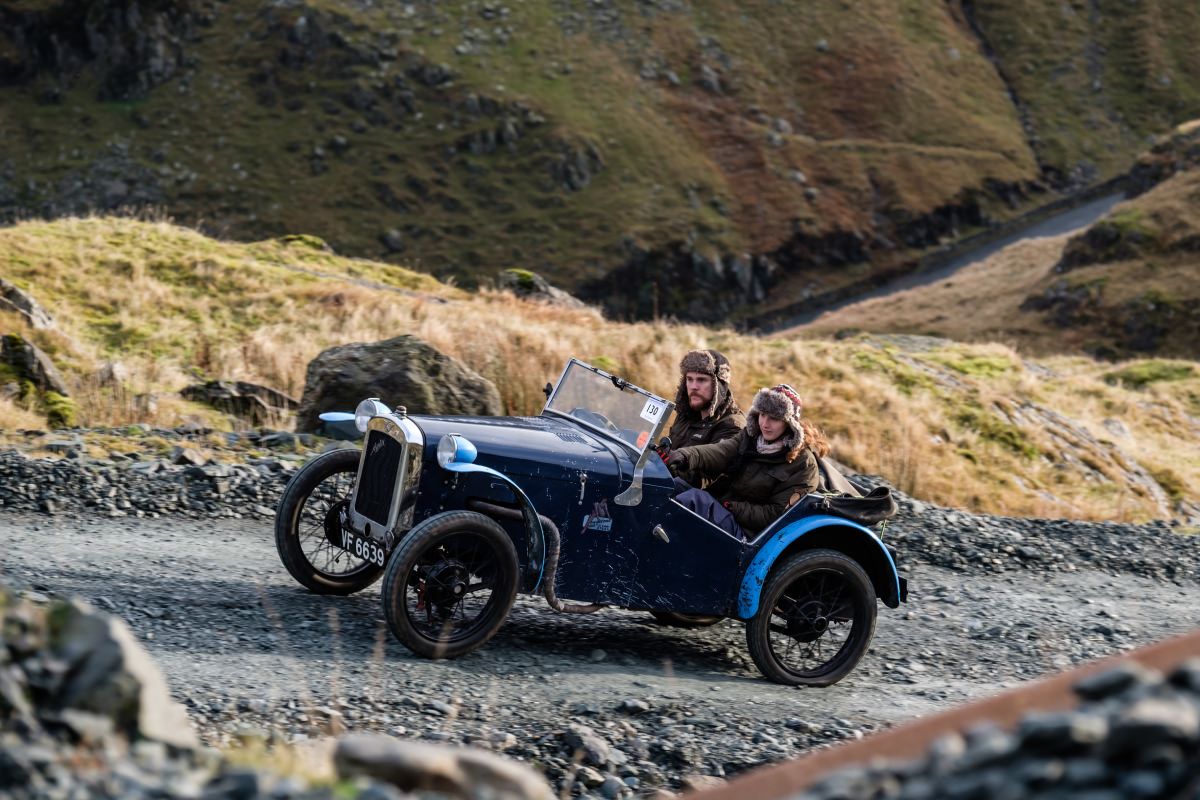 Next week ? the VSCC Cotswold Trial!

All we know is, he's not Gumdrop, but he is Gumdrop's chain-smoking, stunted little cousin! :lol:

Another day, another trial.

Another day, yet another trial.