Might as well start a new thread for the upcoming season.

He was being considered for some head coaching jobs including one with the Los Angeles Clippers. But instead of taking on that position with the Clippers, Gentry has decided to join Doc Rivers staff as an assistant head coach. According to ESPN Los Angeles reporter Los Angeles Lakers head coach Mike D?Antoni gave his blessing to Gentry this morning.

Besides being considered for some head coaching jobs this offseason, Gentry was mainly trying to decide which assistant job he wanted and it appears he?s found the one he wants on Rivers staff. Prior to his decision to join the Clippers coaching staff, Gentry was considering joining Rivers staff already so the fact that he?s found his way on the the same sideline as the head coach makes perfect sense.

It?s not the most glamorous job being an assistant but Gentry seems to be lining himself up well to be a Brain Shaw type pick of the litter coach either next season or the year after that. Shaw was an assistant on Frank Vogel?s staff in Indiana and the Pacers ride to the Eastern Conference Finals made him a star on the coaching market.

That seems to be the future for Gentry who was already getting some head coaching consideration but some time served on Rivers staff in Los Angeles will only fast track him to a top job down the road.
Click to expand...

Pretty nice pick up for the Clips considering they also just hired one of the best coaches in the league right now in Doc Rivers.

With the Clips getting some top-notch coaches, I think Dwight should strongly consider finally joining forces with CP3 (they've been talking about doing that for years). Houston looks like a nice fit, but I think the Clips look even better now because 1) they just got two great coaches, 2) Dwight loves LA (just not the Lakers ), and 3) CP3.

Now, there were rumours going around that the Lakers might sign and trade Dwight for Blake Griffin and Eric Bledsoe. Also, the Lakers have said that they refuse to S/T Dwight, but now that may be their only choice because Dwight will come to them and say he doesn't want to sign with them and be apart of a rebuilding phase (he wants to win NOW and the Lakers aren't a championship team right now, not even close). Are they just gonna let Dwight walk away for nothing, or are they gonna S/T trade him to the Clippers and get Griffin and Bledsoe in return?

It's a win-win for both teams because the Lakers will get a sold foundation for rebuilding and the Clippers will finally be a top contender coming out of the West (Griffin never really performed well in the playoffs) because they'll have CP3 doing his thing, Doc doing his thing and a healthy Dwight doing his thing (+ some solid "other" players). 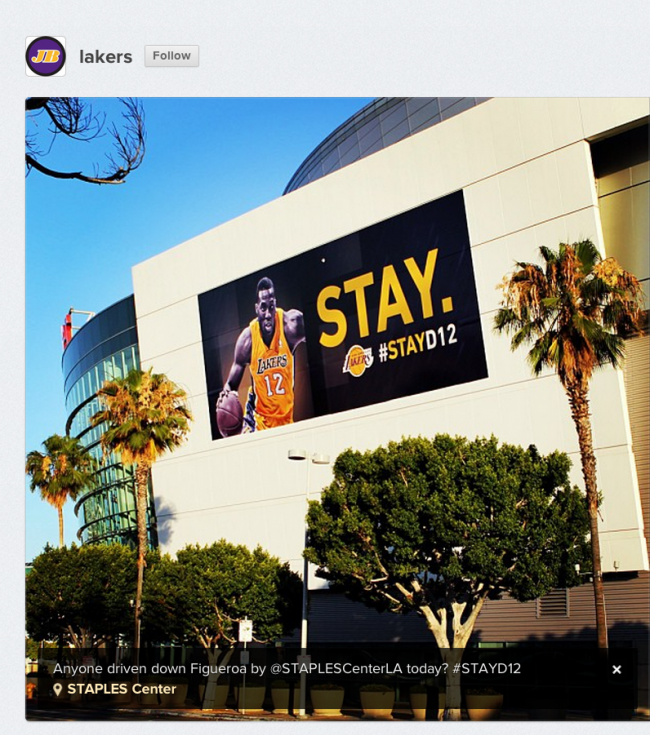 He might very well stay in the same building.

Wow, they're getting really desperate: 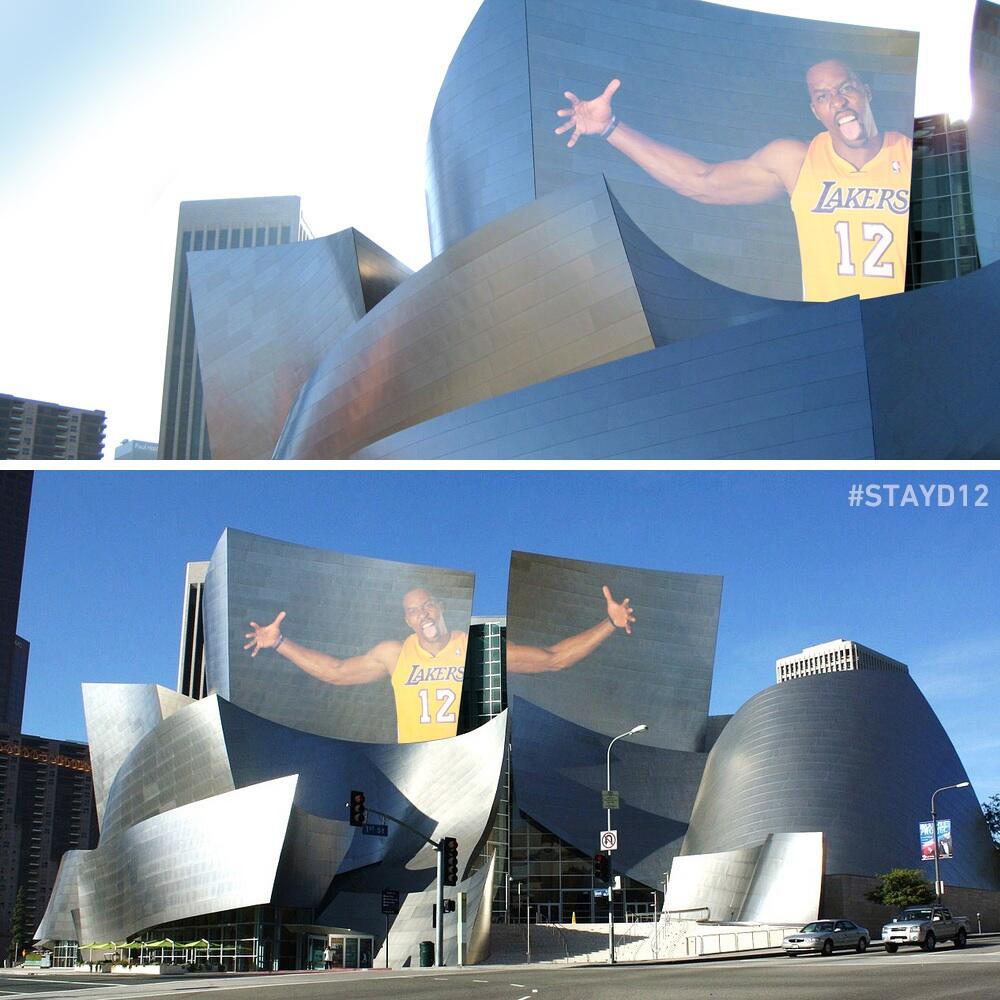 It was already reported that Dwight is most probably not gonna sign with the Lakers mostly because of D'Antoni and he's either gonna sign with Houston (fingers crossed!) or Dallas. Out of those two teams, Houston is the best choice because he would have a nice chance to compete for the title next year, while in Dallas it would take another 1-2 years to build a championship team.
Last edited: Jun 30, 2013

I just hope Derrick Rose is ready to play by the All-Star break.

"It's an 85 percent chance he ends up in Houston," Olajuwon said on Wednesday. "You never know, but after that meeting we had, I feel very comfortable that we have the best chance to get him."

Olajuwon attended the Rockets' presentation to Howard on Monday in Los Angeles.

The Rockets pitched Howard on becoming a focal point of their offense.

"We're going to come to you," Olajuwon said. "You have James Harden there. You have the backcourt. You're going to get the ball. The coach is there knowing we need your presence in the middle. So we were speaking his language. It's what he wanted. So he was so excited."
Click to expand...

With Hakeem saying "we..." maybe the Rockets hired him as some kind of advisor. A pretty large part in Dwight's success in Orlando (I bet only Magic fans know about this) was being coached by Patrick Ewing (asst. coach from '07-'12). Dwight is a very skilled player on his own, but Ewing helping him out every day made him even better (Lakers have no one like that)...imagine him getting constant help from Olajuwon AND McHale?

Not official yet until he tweets it himself, but many reports are coming out about this!

Reports are coming out now about how Asik wants out of Houston (probably because he doesn't want to go back to being a bench player). Good I say because since he's a pretty good player, the Rockets could trade him to get some more decent players. They need a quality PF...and that PF may turn out to be Josh Smith (childhood friend of Dwight) who the Hawks can S&T him to Houston for Asik... 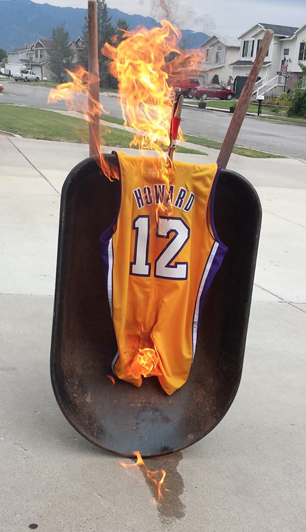 Butthurt Laker fans are now saying crap like "good riddance" and "he couldn't handle the pressure in LA" as if they don't realize that their team is gonna be in a rebuilding process for many years to come. With Kobe saying that he's planning to play for another 3-4 years, I'm guessing he's not gonna feel so good about that now since there's no way in hell he's winning another 'ship without Dwight in LA (unless they get LeBron next year, but that'll never happen).

It was a bit of a circus for the past few hours on Twitter with Dwight's agent saying "nothing's official" and then reports were coming out that Dwight was flying back to LA from Colorado to meet with the Lakers and everybody was thinking that he might still sign with the Lakers because of the larger contract and everybody was saying how indecisive he is bla, bla, bla... well I'm happy to announce that this process is finally over. *phew*

"We have been informed of Dwight's decision to not return to the Lakers," Kupchak said in a statement. "Naturally we're disappointed. However, we will now move forward in a different direction with the future of the franchise and, as always, will do our best to build the best team possible, one our great lakers fans will be proud to support. To Dwight, we thank him for his time and consideration, and for his efforts with us last season. We wish him the best of luck on the remainder of his NBA career." 4 minutes ago
Click to expand...

If anything this process made people hate Dwight even more because of these "reports"; everybody believed Dwight announced his decision and then went back on it saying "oh maybe I'll sign with the Lakers now..." but since so many people are stupid and ignorant, they'll never read into the actual truth (HE never made a decision until a few minutes ago, they were all "reports") and will continue hating him for "flopping around" so much...ignorant fools...

Damn, that's just flat out disrespectful. Mitch Kupchak gave a good, respectful statement above while Kobe just flat out spits in his face. When the Lakers were meeting Dwight, Kobe basically said "What you're doing is wrong, I will teach you how to win a championship, stop what you're doing and follow my orders, be my sidekick for another 3-4 years, etc..." yeah that's a good way to try to get a star (who's used to leading his team ever since he was a teenager) to sign with your team......Shame on you Kobe. I respected you as a person and as a player, but after following the Lakers for a year I lost some (not all) respect for you as a player because of your shot selection, but I just lost ALL respect for you as a person. You could've made a respectful post like your GM, but no; you just had to be bitter about this knowing that without Howard you're chances of winning another 'ship have decreased considerably. Good luck winning another ring with your big Spanish buddy.
Last edited: Jul 6, 2013

Houston we have liftoff http://instagram.com/p/bajffHKixn/

It's official! The Rockets are my #1 team now! I'm not looking forward to this season but I'll be supporting the Lakers regardless. Anyone interested in doing fantasy basketball?

Monster game from Dwight (17p-26r) in a nice win for the Rockets.

I got him on my fantasy team, along with Blake Griffin and CP3...

The Rockets-Spurs game was probably the best game of the season so far, but they decided to televise the Memphis-Brooklyn game instead...

Anyway, what an amazing game where the Rockets gained a huge 20+ point lead before halftime, then the Spurs made a comeback to make for an amazing finish. Dwight didn't have huge numbers (13p-11r) but was very effective down the stretch making key free throws and defensive plays (his presence in the paint prevented Tony Parker from making a few of his layups) while Harden had a huge game (31p-6a-7r) and lead the offense at the end to put the Spurs away (beating the Spurs on their home court should be a huge confidence booster for the team ).

Something else I wanna mention is just how GARBAGE the Eastern conference is so far. Indiana and Miami are at the top (no question this is gonna be the East finals again), and in 3rd place is Atlanta...who have a .500 record...that's right...12 out of 15 teams in the East are below .500...