Nah, I picked up sticker plates today. I could't get them on Wednesday for Trafi related issues.

Edit: that means the Daimler is now back on the road!
flickr

public said:
With the MX-5's registration, I got my short plates on immediately. This might be different since those plates really can't be available anymore and we'll probably have to settle for whatever garish letter combo they foist on us
Click to expand...

Finalgear has ruined me. I'm now reading into the plates I see in traffic. XNA etc appeared a couple of years ago, anything beginning with GL is being handed out right now (someone I know has a Transit GLE ) and KOP KOF KOL KOT are typically found on newly registered cars that used to have short plates such as Pajeros and various Americana.
2014 Opel Insignia Country Tourer Biturbo CDTI 4x4
For once I don't have the same car as everyone else.

I have to rant a bit about the stupidity of the Finnish import car system. When a Finnish citizen brings a foreign car to the country, you have to declare it to the customs. They give you 5 day permission to drive it. If you don't start the car tax process during those five days, your car becomes illegal to drive on the road. If you fill the paper work and start the car tax lottery, you get 3 month driving permission. Normally they manage to calculate the taxes quite quickly, then they bill you and you have two weeks to pay (if you import a new Ferrari, it can be six figures) and that's it.

Problems arise if they for some reason can not figure out the tax in three months. It's their fault, your problem. Or in our case, the car spend almost two months in a garage as we were looking for new driving lights etc. Just before taking it to MOT, I started the car tax process online. Now the car is legal to drive, but not for three months like I expected, only until 18th of November. Why? Well, the three months timeframe apparently begins when the car arrives to Finland, not when you start the whole process.

Had we waited until spring, the car would've been illegal all the time until somebody had spun the car tax roulette and we had paid the tax.

And all of this could be avoided, if the country wouldn't want to earn money by taxing sheds brought and bought from another EU countries. 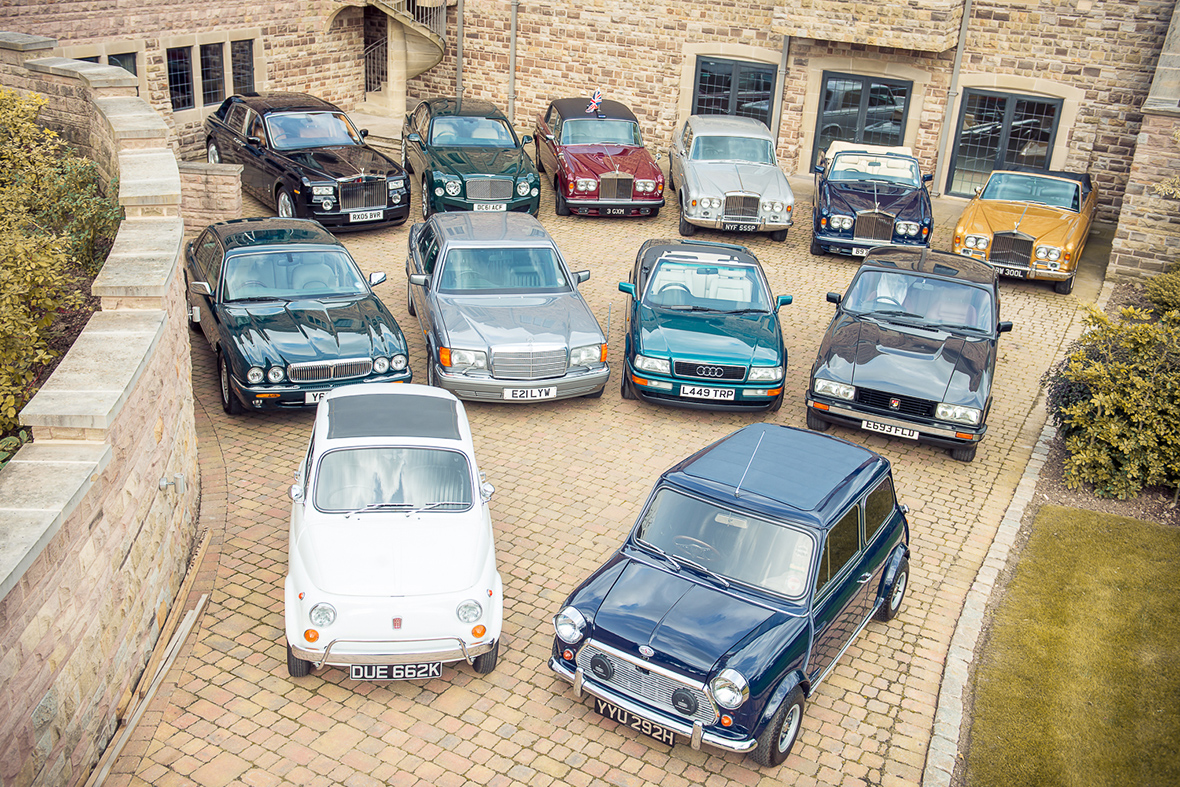 The Queen has good taste. There's also Diana's Audi and other Royal cars.

All is said all ready about the Big D, but it is marvelous up class way to move and quicker I expected. Very nice experience.

samulis said:
What shocked is price difference between the new Jag and D
Click to expand...

public dug up price lists from some old magazines, this is in 1996:

These are 1996 prices from CAR, so it might have been slightly different. '91 XJ40 Six was 691000 FIM in a Finnish magazine, have to find a correct year price list somewhere. It fits in our parking garage spot, but it's a delicate effort. Drives even better than I remembered, the wheel is so much nicer to grip than the XJ40's. I had missed that bark, that throttle response, the effortless *go*.

And after a nice Team Daimler reunion at a cafe bar in Helsinki's hipster district, we had to hoon around the chavvy spots blasting Scooter.

I don't usually pick up people from the train station, but when I do... Daimler parked at Rusan Shelli, the place for car people to hang out at capital region. Lastsoul said:
Daimler parked at Rusan Shelli, the place for car people to hang out at capital region. 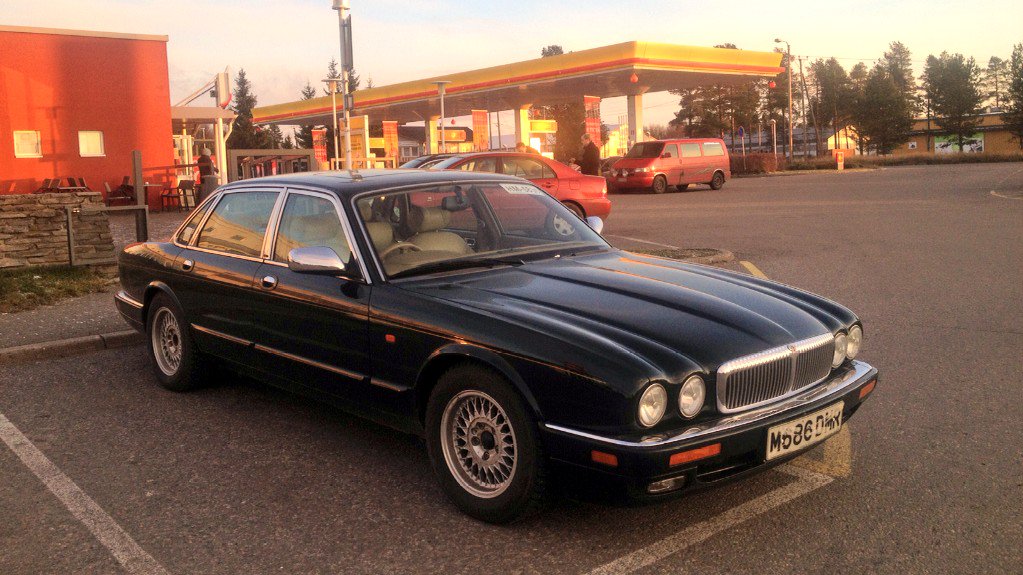 We didn't put the centre caps on, because they are secured with bolts, and the bolts that came with have security heads, as discovered at the last moment. Also we're missing one centre cap. Also they have Jaguar logos

The Daimler did over 2400km over the last 3 days, and did it admirably. Got the average consumption down to 10.9* l/100km! Great grand tourer.

The drive confirms just how reliable and comfortable the car is. The fuel consumption is just on the wrong side of 10l/100km, but maybe perhaps it's worth it. And driving RHD on Finnish roads is barely a problem at all. With seated heather leats it's even a great winter car :lol:
Last edited: Nov 5, 2016

Do you have any pictures of the Daimler at the Arctic Circle?
flickr I'm afraid that is the best shot I got
J

We drove to Ivalo to get the car washed and then back.

I got this shot taken with my potato

proving that they cut us in line...to the wash. Driving happened during that shot, so sorry about the misplacement of everything.
The toys: First signs of winter as we drove north from Helsinki. Fueling up north of Oulu. Beware of the giant, inflatable D!