narf said:
A row of LEDs.
Click to expand...

Oh. Yeah. I have that, sort of. It's a graphic that shows up in the head unit. I find myself mostly listening to the beeps unless I want to know exactly which sensor.
2014 Opel Insignia Country Tourer Biturbo CDTI 4x4
For once I don't have the same car as everyone else.

Perc said:
Oh. Yeah. I have that, sort of. It's a graphic that shows up in the head unit. I find myself mostly listening to the beeps unless I want to know exactly which sensor.
Click to expand...

Yeah, me too in the RNS510, quite nice with the 12 sensor... The Merc system is worse though in terms of information given, it's one row for each end of the car going from green to red so you can't see which sensor it is.

narf said:
Yeah, me too in the RNS510, quite nice with the 12 sensor... The Merc system is worse though in terms of information given, it's one row for each end of the car going from green to red so you can't see which sensor it is.
Click to expand...

Untrue it has lights going from left and right to the center . if on one side the obsracle is closer, more leds will light up on that side

Exactly. Same thing at the back on the ceiling, just where the tiny rear window is. And yellow/red is correct

I had that ^ in a Vito I drove once. And two more in the corners for the front sensors.

I have this but I don't find it the readout particularly useful, I always just listen to the sounds. When it starts to beep it means there's a reasonable amount of space between me and the car behind me.... like, it's OK to leave your car like that. BEEEEEEEEP! (pictured) obviously means "stop, you idiot". 2014 Opel Insignia Country Tourer Biturbo CDTI 4x4
For once I don't have the same car as everyone else. 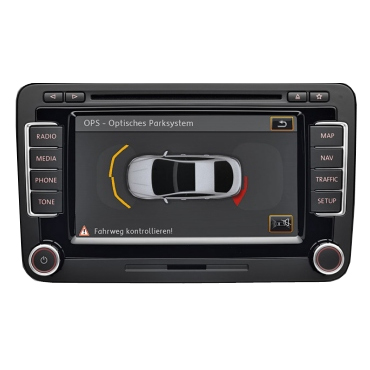 In Russia no sensor only balloon

narf said:
That should be the old car though, the New Beetle :? I've actually never been in one of those.
Rounder, cutesier, taller, narrower... had the 150hp 1.8TSI from the Mk4 Golf, methinks. Was quite a good engine for the late 20th century
Click to expand...

No doubt, we get it over here as well - for example in this making 192hp: 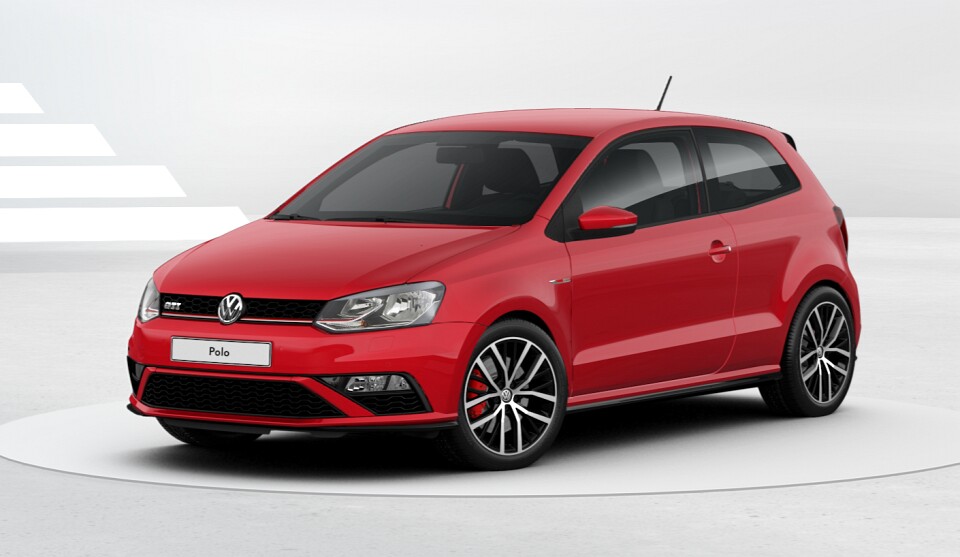 Two reviews from me tonight.

First off, the last of my Rental-Roulette series. Due to MAGNIFICENT QUALITY OF OUR GREAT GM LEADER the Corsa needed a recall due to failing castings on front balljoints. So the Avis dude brought me my replacement chariot, A Kia Rio. I don't think anyone in the history of cars have ever been so happy to be handed a Kia as I was that day. Due to the fact that my rental car privileges were revoked after driving it for just one day, the review is a bit shorter than previous ones, and I can't really comment on stuff like fuel consumption, since we all know that onboard computers lie.

On the outside, the Kia is a somewhat anonymous, yet goodlooking small hatchback. The front, with the signature dogbone / bowtie shaped grille and large expressive headlights is particularly goodlooking, the sloping doorline gives it a sleek-ish profile on the side, and the rear is well... A hatchback with large taillights and a modern letterbox rear window. This all is complemented by steelies fitted with alloy-look hubcaps that look like they were picked out of the Halfords bargain bin. Kinda ruins the look of the car. On the inside this theme continues, modern, slightly anonymous sleek design, offset by really cheap details. The dials remind me of mid-00's Mercedes, in a good way. The HVAC controls are kinda funky withe the oversized buttons, and the steeringwheel, bedecked with buttons looks and feels just fine. The radio's display on the other hand looks really out of place on the car, the quality of the plastics is second-rate, and the small cubby hole next to the radio's display is useless, because it's narrow, deep and doesn't have a lip (greetings) to prevent change from spilling out.
A pleasant surprise was the addition of a second 12V outlet in the center console, and even though the radio looks 10 years old, it does feature bluetooth handsfree and A2DP.

After flipping out the much too large key, it was time to go and driv....... wait, let's try again, this time without stalling. It was time to go and driv... DAMMIT... It was TIME TO GO AND DRIVE! Damn, how hard can anyone make it to take off in a car without stalling? On my commute, I encounter 11 traffic lights each way. I think I managed to NOT stall at four. You feel the clutch start to grab, increase throttle and... the engine just dies. When you finally manage to take off, this 85PS 1.2l engine feels about twice as powerful as the 85PS 1.2l unit in the Opel Corsa. HOLY FUCK, the difference is staggering. The difference in weight is minor (55kg in the Kia's favour), yet the Kia is almost 2s faster to 100kph, and feels faster no matter what speed you're doing. Sure, it's no rocket ship, it's still only 85PS in a car weighing in at just over a ton, but when that PL truck finally remembers what an overtaking ban means, you can get back to your cruising speed without having to drop a gear (or two).
Handling, well, didn't really have a chance to test much of it, but it felt planted and understeered predictably. All in all, this is a very fine car for its class. And the second one.
Due to the sudden and untimely demise of my E36 at the hands of the crumbly brown demon that lives in all things steel, I needed something else to drive to get my ass to work and other places I needed to be. I was in luck, my parents had a 2002 Mondeo 1.8 Cool Edition I could borrow. So, off I went to register it.
Well, we all know what a 2002 Mondeo looks on the inside and the outside. The years have been kinder to it than other European Fords of that vintage, so that's a good thing. One thing of note though, this car came with a factory satnav. In 2002. Oh boy oh boy. Totally and utterly useless doesn't even begin to cover the extent of how bad this unit is to use. It's a CD radio with a satnav function. But to use it as a satnav, you need to have the map CD in there. So you can either know where you're going, or enjoy good music without blithering idiots babbling incoherently in between bad and mediocre songs. Then there's the display. It's a postage-stamp sized LCD that sits at the bottom of the center stack, and it shows a top-down view of where you are, and refreshes about once per second. Because the maps that come with it are as old as the car, I didn't dare to use it to plan a route, so I cannot comment on that functionality.
On to driving. I had high hopes, because back in the day, the Mondeo was hailed as "best in class".
The 125PS 1.8l engine has enough grunt to get the car moving at an acceptable pace, and sounds like any 1.8l fourbanger would. The steering is completely numb, with a vague feel in the wheel, yet is surprisingly direct and agile. Handling is sharp, with a moderate amount fo body roll, but a lack of feel doesn't make it confidence-inspiring.
On the motorway, it's a comfrotable cruiser, but the engine drones something nasty at 130kph.
Bottom line, not a bad car, and in 2002 it would've been really nice. Comparing it to the wife's 2014 Clio really shows off how far modern small cars have come. Haha, I agree totally with the Rio, except I can't remember the stalling issue with the example I got to enjoy for a week. If anything, it was really easy car to forget.

Strange to hear the lack of feel in the Mondeo. I drove one quite a lot when it was new and I remember it had great steering. Could it be an issue with alignment?
flickr

The steering isn't bad. It's a combination of expecting better, and being spoiled by 2 really good cars in that respect.
Goodbye...
R.I.P.
...Aaaand it's gone

narf said:
No doubt, we get it over here as well - for example in this making 192hp:

There's also this with added oomph courtesy of its bigger brother, the Golf GTI...