Additionally: the model 3 isn't really an exercise in weight reduction, at all. There's a lot of steel parts that might have been aluminium on other makes/models.

Thanks for the review, had actually forgotten I was the one who started this thread 427 years ago.

My eGolf (which is a regular Golf with the engine ripped out and an electric engine + batteries stuffed in) comes in at 1600 kgs, which is still heavy as hell for a car this size. It does however, do pretty well with regards to range / battery size. I guess a tall SUV with big wheels and tyres is just not efficient by design?

My car has pretty much the exact same battery size and gets between 160 and 250 kms depending on speed, weather etc. From what I hear the Mazda’s range is between 100 and 170 kms which is quite poor....

I actually also did some short testing this weekend as I noticed the facelifted Suzuki Swifts are quite affordable at the importer's short-term lease site. I keep having these ideas of getting a cheap lease for my commute as the available 25k km cap is enough for me per year and I'd really like to drive something with a warranty and two sets of manufacturer provided tires etc. However, that would likely be an econobox and those rarely have anything near the highway comfort my beater Volvo offers. Still, what needs to be taken into account is a significantly smaller yearly road tax for a small petrol car and the fact the gap between diesel prices and 95E has shrunk this year, and that one major repair for the Volvo is worth at least a month or two of lease payments for a new econobox. 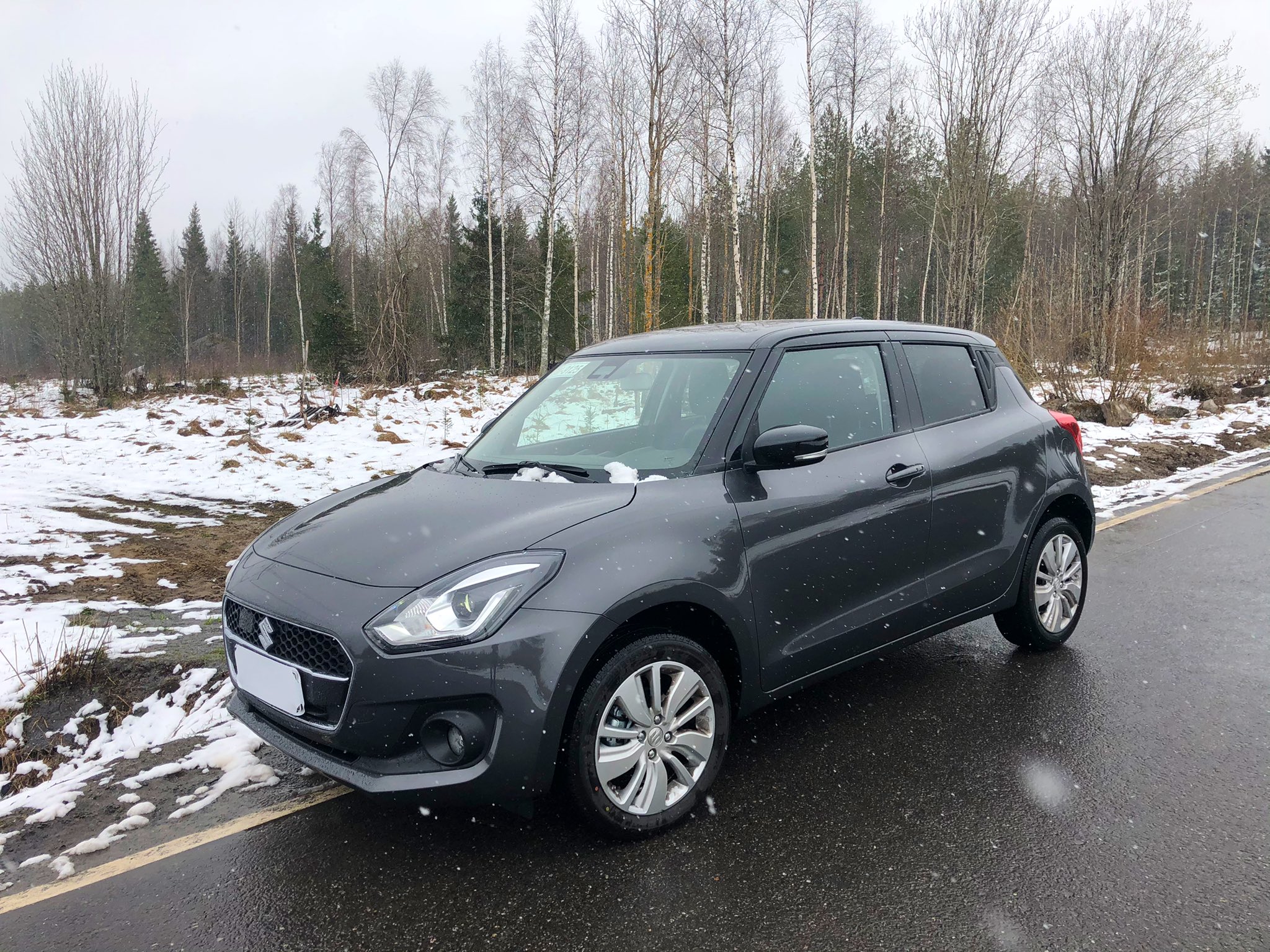 Brand-wise, I think Suzuki is one of the more likeable brands currently. The Ignis and Jimny are big favorites, but I also have a soft spot for the Swift (which has interestingly evolved its "Discount Mini" look yet kept the design recognizably close to the early-2000s new shape car). The demo car at the local Suzuki dealer, however, was the manual Allgrip model, and the cheap lease offer is for the 2WD CVT which is likely to be a little suckier. 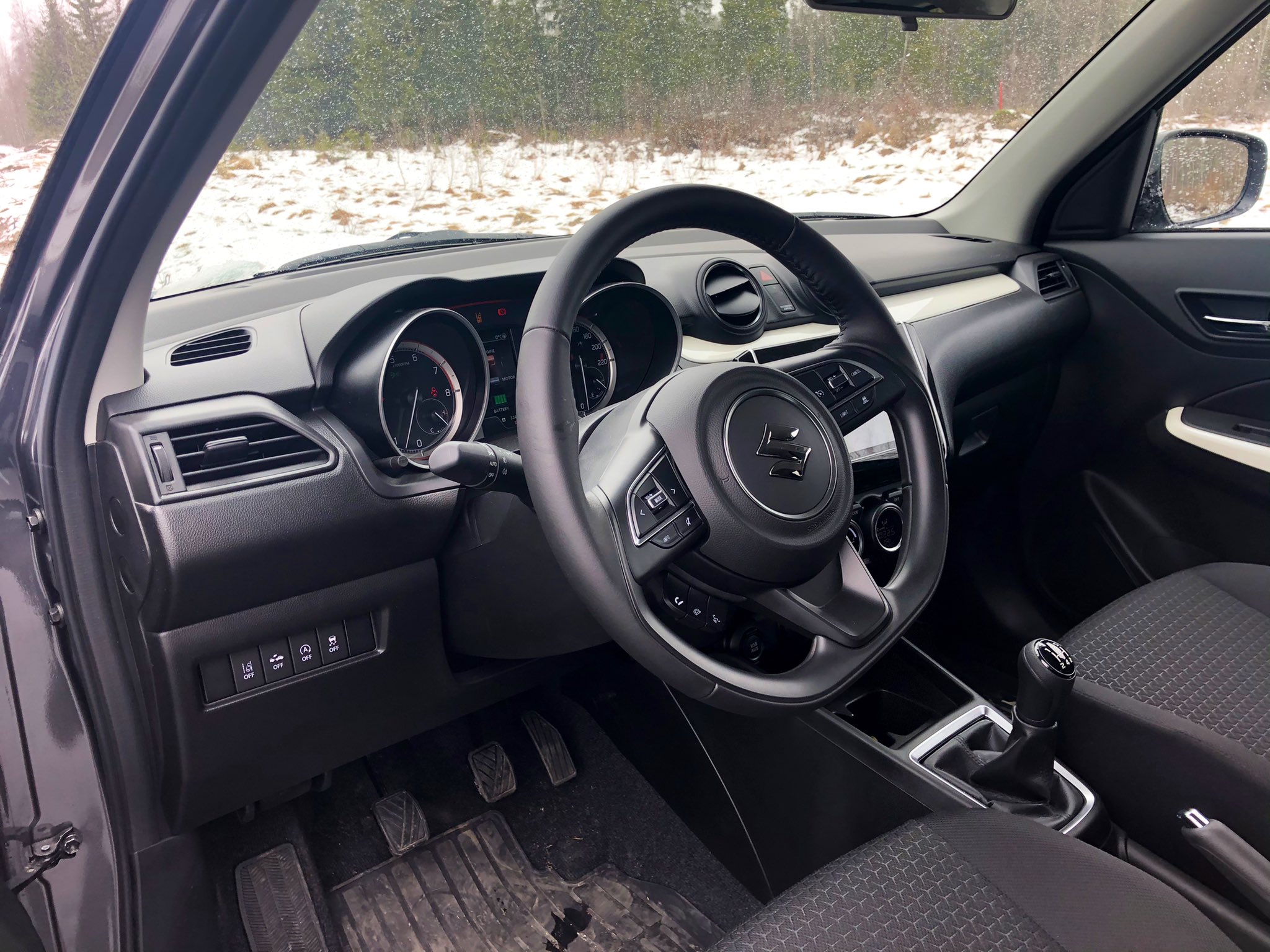 I tried to keep in mind the "50 meter test", in that it's said you can evaluate if a car's any good in the first 50 meters. The Swift has really nice and alert, alive steering, which I enjoy, and the throttle response is certainly OK. In the urban area the car felt really positive and at least on whatever summer rubber it wore, it wasn't too bad in the NVH sense. General useability was quick to get a hang of, the steering wheel buttons are not incomprehensible and the lane-keeping assist can be switched off from a separate button left from the steering column – the most important button in a car right now. I also really liked the Mazda style two-bucket gauges with similar fonts and lighting as Mazdas do. The infotainment on this car was the same touchscreen unit I saw in the Jimny, and it's fine for what it is.

After driving the requisite stretch of badly surfaced highway at highway speeds, I did the freshly surfaced twisty backroad I sometimes use for driving cars vigorously. The Swift really turns nicely and the manual shifter felt perhaps characterless, but free of complaints. It’s just there, and while it’s rare for a hybrid car (albeit mild hybrid) to be manual, it’s worth applauding that Suzuki offers it. Just five speeds, though. 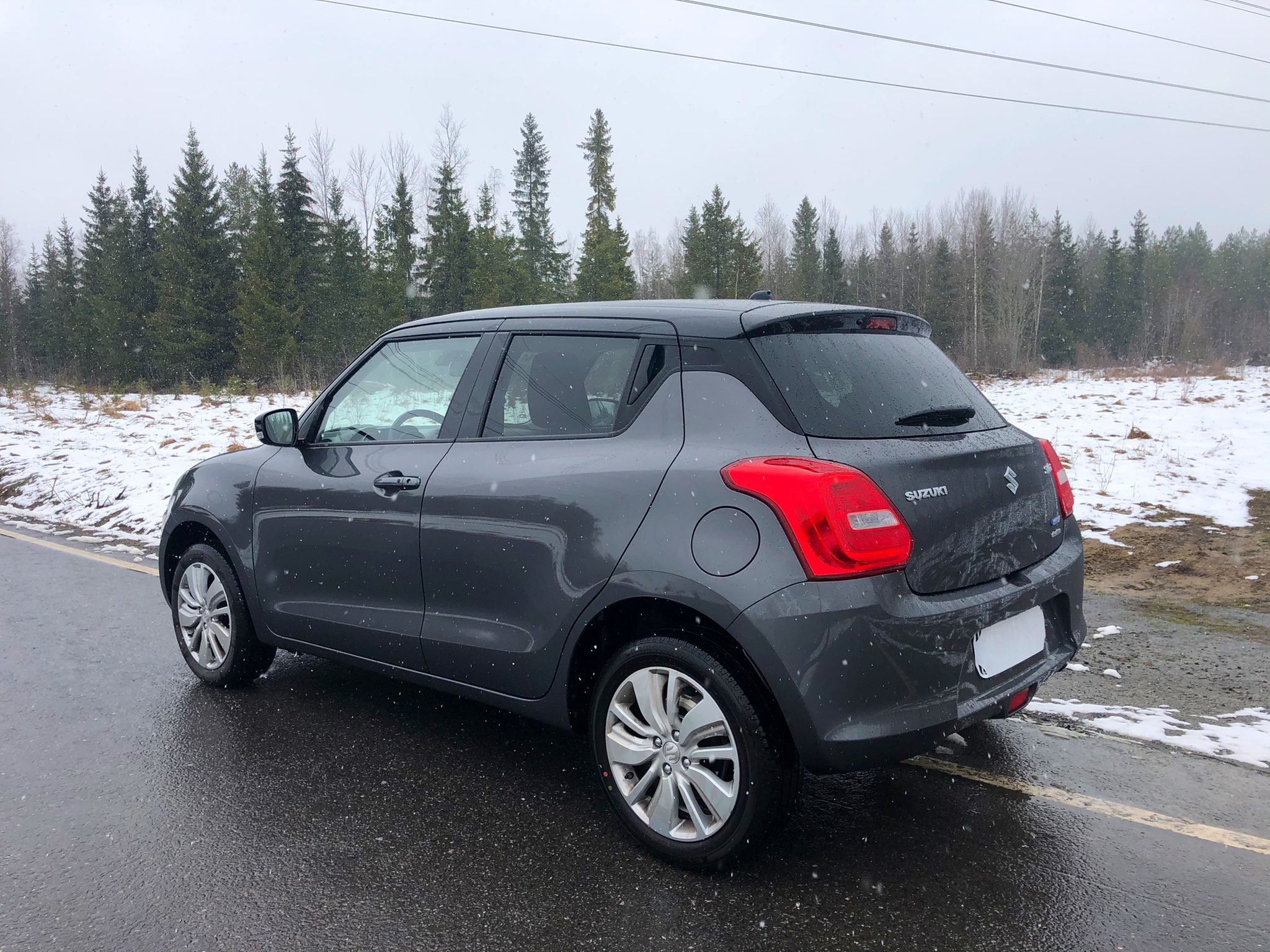 What the Swift felt overall, though, was heavy. It’s said to weigh around 1000kg, but it felt heftier than that. With a 1.2-l three-pot turbo and 90hp, I had to drive it quite a bit more vigorously than I had expected a small car to need. Suzuki quotes something like 12 sec 0-100, which is on the slower side of things, and neither the turbo or the mild hybrid system seemed to give the car any extra assist. The 3-pot sounds good when you use the upper rev range, but it’s tedious to have to go there all the time. I don’t know if it’s because of the 4wd system it hauls along, and I’m sure that’ll have advantages in slippery junctions in wintertime, or on the usually icy road I take to work. But I’ve driven a bunch of small, light cars that are great when you’re beating on them by yourself and which immediately become gutless when someone rides along with you. There was a feel of having a fat passenger with you in the Swift even if I was testing it alone. Of course it might be the Volvo corrupting my persdyno, but I think it’s known here on the forums that I tend to drive the lesser specified cars as well

I don’t quite know how the 2WD CVT would compare here – I would be fine with an auto, but if the CVT just drones along it might not be pleasant on a long drive. However, from the Swift's competitors I've driven the (similarly lease priced) Peugeot 208 most recently, and truth be told I'd really rather pick the Swift in a jaunty metallic yellow than live with the 208's cockpit and steering wheel setup.

That little thing has 4WD? Rallycar!

Well it would be if it had any power, a ton and only such little horsepowers it would make my old Smart seem nippy. A real shame that you have to go to the Swift Sport for more power as I think the standard car looks better, especially with the carbon look trim that they offer. That's standard on the Sport but it looks like it has taken too many 'roids. The Sport isn't available with 4WD too so no rallycar. Such a shame.

Their configurator site is awful, the interior options seem confusing and there are no previews.

Suzui is making (or trying to make) a name for themselves around here as the AWD brand. I whole-heartedly approve of that.
2014 Opel Insignia Country Tourer Biturbo CDTI 4x4
For once I don't have the same car as everyone else.

Yeah, I'm not sure if the Swift Sport is part of the palette here. Apparently they're hybrid now too. Suzuki would probably like people to buy hybrid offerings to offset Jimny sales

Nice review. Looks weird though, I thought Swifts were small hot hatches and this one looks like a crossover thing?

You’re right about cvt though, they work in some cars but not in small light nimble cars...

Edit : Also : its’s the end of april and you have snow on the ground what the hell dude?

Yeah the rear quarters sort of stick out even if it's a hatchback. Not sure if the All_Grip has a taller ride height than the 2WD.

NooDle said:
Nice review. Looks weird though, I thought Swifts were small hot hatches and this one looks like a crossover thing?

You’re right about cvt though, they work in some cars but not in small light nimble cars...

Edit : Also : its’s the end of april and you have snow on the ground what the hell dude?
Click to expand...

Swifts aren't hot. The Sport is warm I guess.

And yes the snow was gone already but we got a huge burp of it over the weekend.
2014 Opel Insignia Country Tourer Biturbo CDTI 4x4
For once I don't have the same car as everyone else.