NooDle said:
Yeah its just Audi being Audi with the ridiculous options. A brand new A6 Avant (with all the equipment you really use as standard) with the 3l v6 starts at 64k€ here. Which is still far too much money if you ask me.
Click to expand...

It really is crazy. For example on my curtesy car those wheels, the S-line package and the metallic paint together are already 14'000 SFR... according to the Audi-dude in total this car has over 45'000 SFR on options. 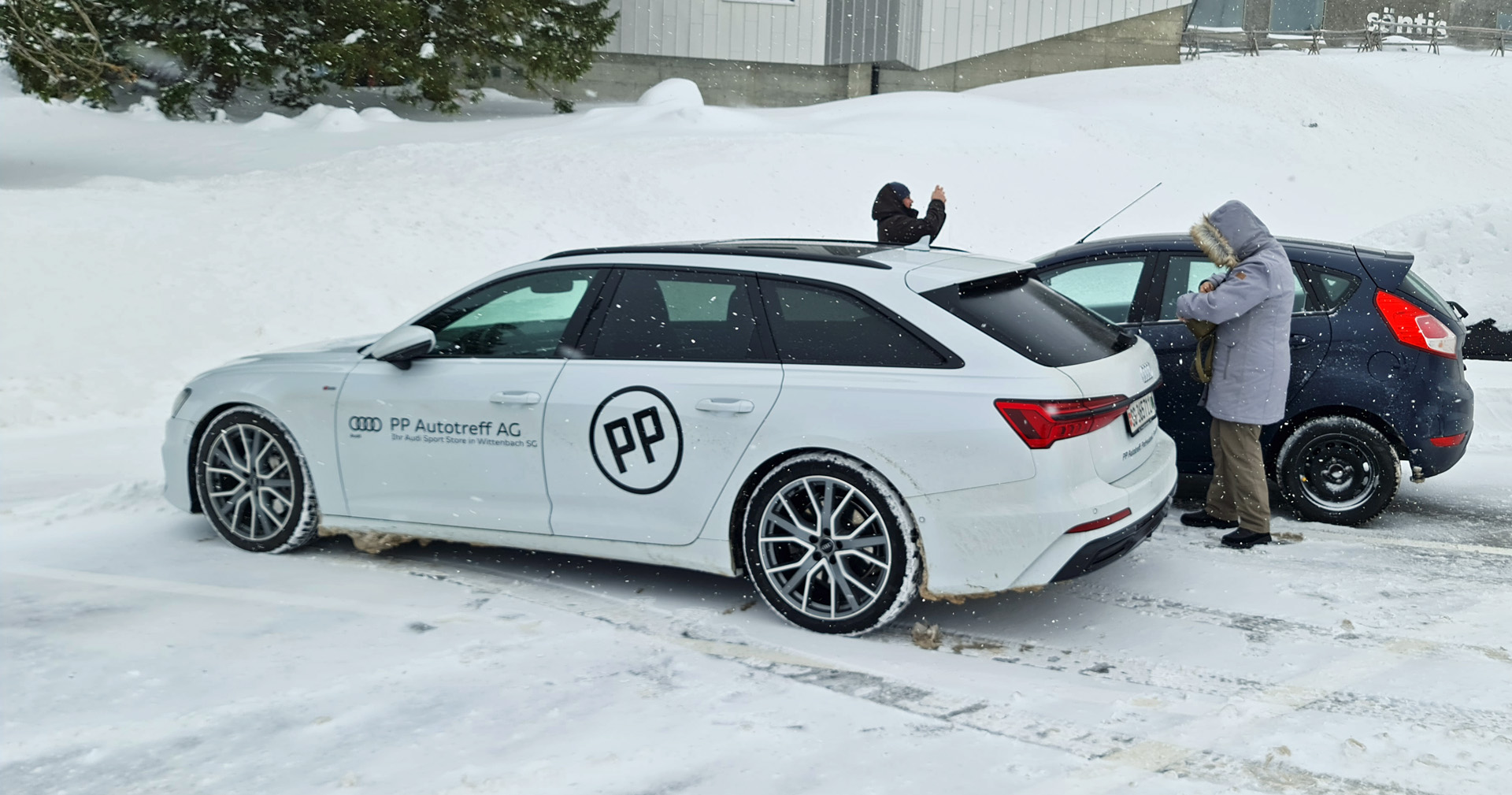 SFR messed me up, I was expecting CHR… and yes, pronouncing the CH like that video taught me! ?

I has a Skoda Octavia Combi lead in car until my new one arrives (which should be in precisely 304 days from now, damn the semiconductor shortage).

It’s grey. It’s dsg and shifts far too often and far too quickly. It has a 1.0 tsi engine with some horsepower. It doesn’t really move unless you rev it. Boot is nice and big though. But pretty soft and boring to drive, even compared to the Golf. It’s also pretty good on fuel, giving me a projected range of 800 kms on one tank.

Will post more once I’ve done more than 15 minutes in it.

So the Octavia will be affectionately known as the Ugly Duckling. It isn’t the best looking one (since it has the split headlights) and it’s pretty much the boringest colour there is (yes that IS a word) : metallic silver.

So it’s a boring version of an already quite boring car in a boring colour. Is it dreadful? No, not at all. It’s perfectly fine, albeit not very exciting.

It has the 1.0 turbo petrol engine with 115 (?) horsepower, which is fine in itself. My problem is with the DSG gearbox which has 2 modes, both of which are a bit too extreme. In regular D mode it goes to ‘let’s save every ounce of petrol mode’ which means it shifts at 2000 rpm which is far too soon. It’s in 5th gear doing 50 kph for Gods sake! It’s practically idling at 1100 rpms and when you do floor it you get that second of dithering and then deciding to go to 2nd for 0,5 seconds and then deciding on 3rd.

S/sport mode is quite the opposite, it lets you rev to 3000 before changing up, which is better, but it holds on to gears for far too long. Also it’s quite jerky (I guess the throttle response is faster in this mode to make it feel more ‘spordy’)but it doesn’t quite work. The result is inadvertent wheelspin in first, and jerky starts, making you look like you’ve just started driving and you’ve no clutch control. Also this mode means a LOT more fuel consumption obviously.

So good engine, bad gearbox. And yes I know I’m spoilt by the Golf with 1 gear and smoothness all around

Interior is fine albeit a bit rattly. Despite being a bigger car than the Golf it does feel a bit more flimsy. Doors and boot have a metallic clang instead of a reassuring thud. Maybe just perception.

Boot is spacious bur does have a weird rollup parcel shelf thing / a net thing that’s too complicated for me. Since I need the boot for bicycles mostly I’ve removed all that jazz and put it neatly in the bottom compartment (where it thankfully doesn’t rattle).

All in all, not much to complain about, but also nothing that really sets your heart on fire either …