Let's kick this off with a bike I´ve been meaning to test ride for a few years.

I've wanted to ride this out of curiosity since I've seen this at the local HD dealer often. I was told they´ll not be selling this here in the future when they drop the Harley Davidson name off. Someone might, but the people at the dealer were saying that Europe might not get any.

I like the looks. In this color in particular. The controls are mostly all familiar HD stuff but what is odd at first, is the lack of a clutch lever and gear lever. How they integrated the functions of the screen and modes was intuitive. Took me some time to get used to not using them. After a little while it was very easy to ride. And that´s mostly the biggest feeling I had afterwards. The livewire is very easy, very smooth and fast. They say 0 to 60mph in about 3 seconds. I didn´t try the acceleration from a stand still but I did do a couple of pulls from a low speed. It´s fast enough.

The bike has four modes, highway(or cruise), sport, rain and eco. I tried all of them. Very different bike depending on what you use. Mostly I used sport and cruise. Rolling off the throttle in cruise vs. sport was surprising. The latter produced a much bigger "engine braking" than the first. The acceleration was also a lot sharper. The bike felt fairly nimble, but the center of gravity was a bit interesting. It felt as if it was in the middle of the bike. That sometimes made it feel like it´s heavier than it was but then again it felt perfectly agile in other situations.

The seat was comfortable. A lot more than the kawa Z900 I rode in Austria. Otherwise the over all ergonomics felt very very similar to that bike. I suspect that this would suit me a bit better than the Z900. I had less weight on my arms than on the Kawa. The sound of it was interesting. You hear the driveline whine. Nothing else. Jumping on it from a Dyna, that you absolutely do hear and feel when it´s running the difference is incredible. I can´t say much about the range. It wasn´t full when I got it and the numbers kept changing a lot depending on how I rode it. If they are even remotely correct you won´t get from Turku to Helsinki on one charge(about 160km) 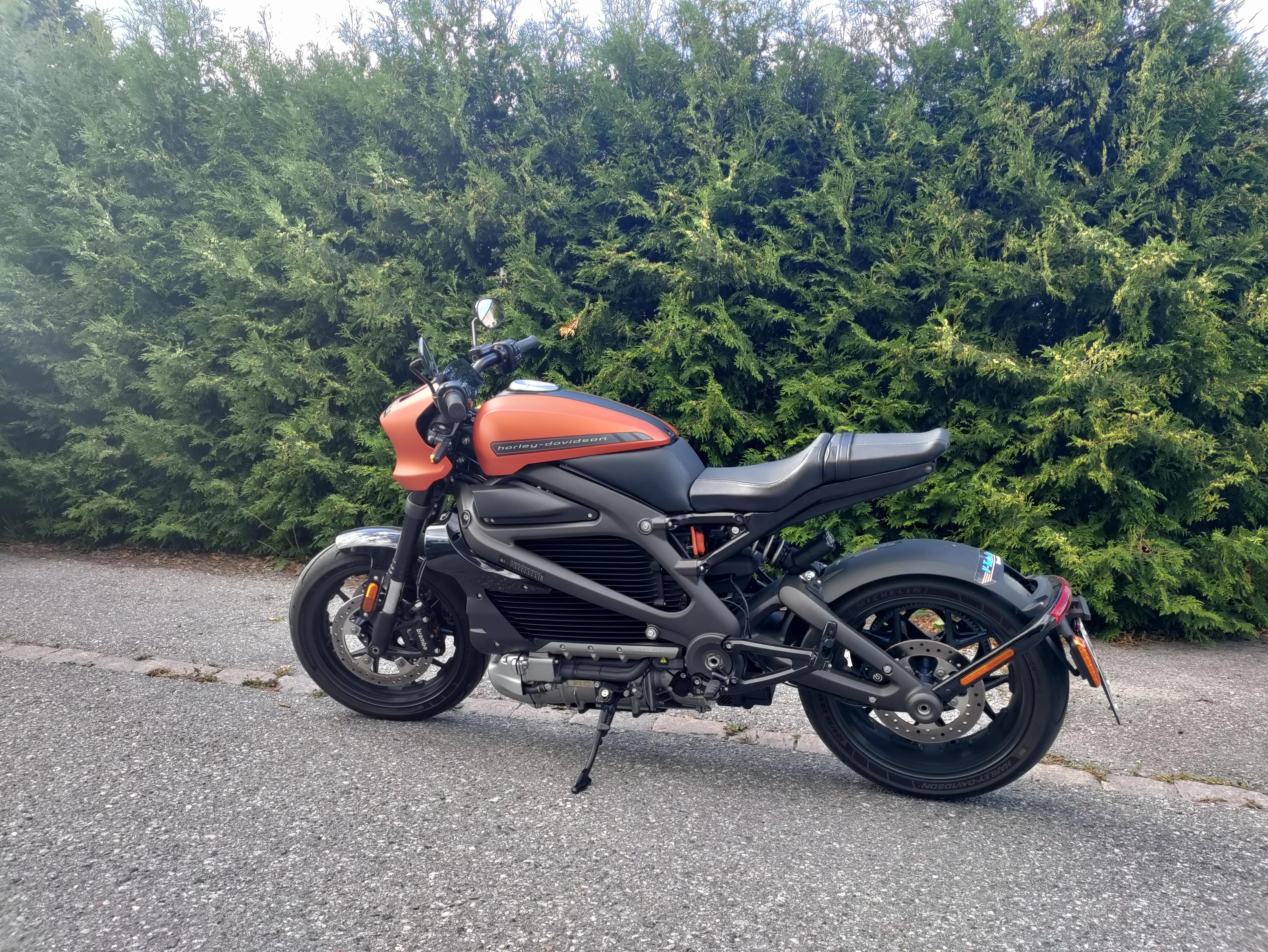 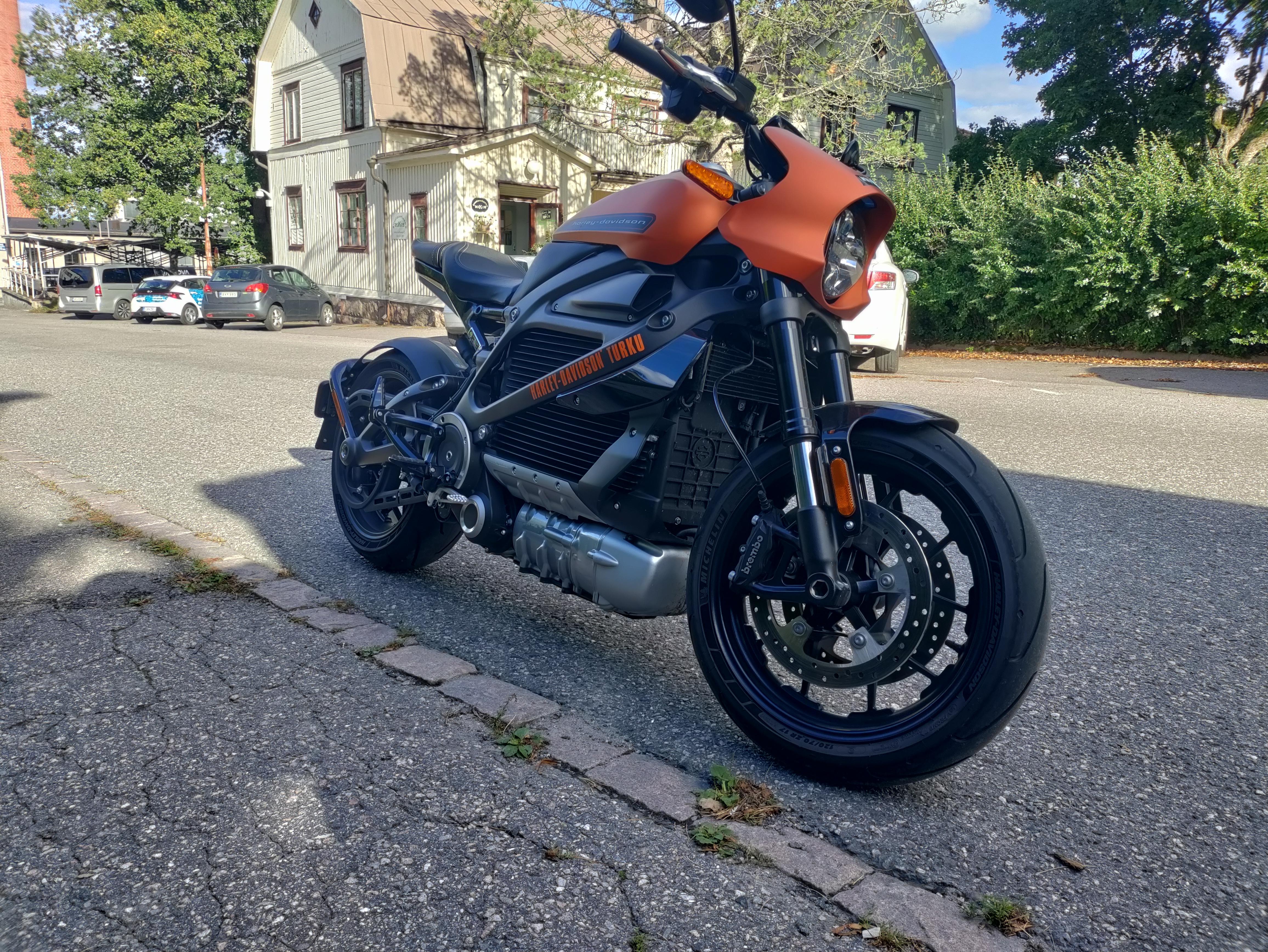 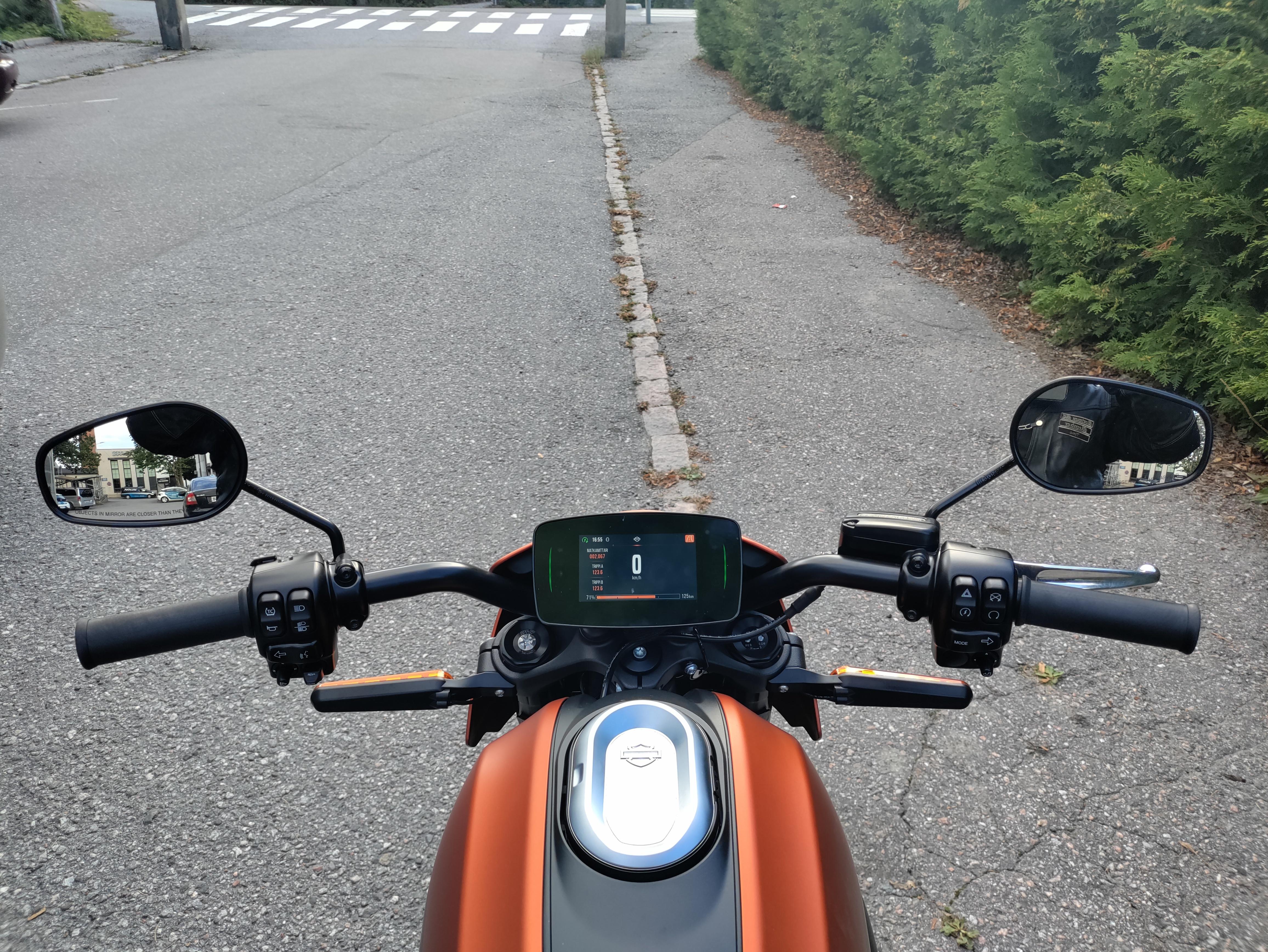 Harley finally demonstrates a modicum of forward-thinking, immediately lobotomizes themselves.
No trees were killed in the transmission of this message;
but a stupendous number of photons and electrons were terribly inconvenienced.
​

<Ice> Oh, you're the kiddy anime guy.
"The problems of the world cannot possibly be solved by skeptics or cynics whose horizons are limited by the obvious realities. We need men who can dream of things that never were."
? John F. Kennedy
You must log in or register to reply here.
Share:
Facebook Twitter Reddit WhatsApp Email Share Link
Top