MXM said:
Do you mean just replacing the contact breaker, or completely distributorless? In any case, why is this necessary?
Click to expand...

Replacing the contact breaker, distributorless would probably be a bit too much work/cost for the gains it provides. As the 924 uses a bosch distributor, I'm 99% sure there is a simple (and cheap) bolt on option to get rid of the current breaker setup. I haven't got time to list all the reasons why ditching the breakers is sensible.

The Webers arrived today, and I'm not sure from which car they are from originally. The model is 40DCOE80 and 40DCOE81, which means they are reasonably old to begin with (and have been as a pair from new). They have the older style float covers (With "Weber Bologna" rather than "Weber Italy") with brass floats and no power jet "winglets". This and the fact that they have steel throttle shafts would date them approx 1965 ? 1975 (Older ones had brass throttle shafts).. Though the carburettor bodies don't have bypass valves which were introduced in early 1970's IIRC. The carbs have Alfa Romeo specific auxilary venturis (no space for a sleeved velocity stack), but the upper velocity stack mounting holes have threads in them which most Alfa romeo DCOE's don't have.. Strange. Well, I googled the model numbers and ended up with an original part number for one of these: 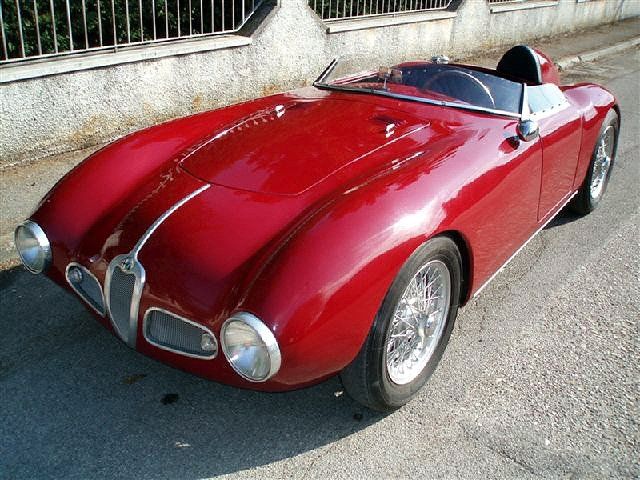 The carburettors were almost certainly used on other Alfa Romeos as well, but at least one can brag that they are original equipment in a car worth $500 000(?)


Condition-wise they are excellent, with some parts missing (which was known to begin with), but the important and expensive stuff is there. They can (..and will, regardless of whether Lastsoul chooses to buy them) be restored to perfect, as new condition.

Posmo said:
Replacing the contact breaker, distributorless would probably be a bit too much work/cost for the gains it provides. As the 924 uses a bosch distributor, I'm 99% sure there is a simple (and cheap) bolt on option to get rid of the current breaker setup.
Click to expand...

Posmo said:
How about we do it as cheaply as possible?
Click to expand...

I think Lastsoul does have a point about the long distance comfort. The exhaust was very loud last time I heard it, but I think it is partly fixed. It is however true that you should definitely keep the comfort at the level it is, or make it even better. But I don?t really see it fighting with these modifications, so...
Ajakaamme.net A Finnish website dedicated to driving.

924 is as poor long distance cruiser as it is a track car. You have cars better suited for both task, if you try to forcefully categorize it for a purpose, I'm afraid the only logical conclusion is to sell it

Webers will make it more interesting and a lot more fun. Surely this can't be a bad thing, even if it's never going to match the mazda.
Threads: Panda, 7, LS400, Daimler, Kawa​

Yeah, very good reasoning. I'm pretty sold on the idea of webers already. I hope Posmo can keep them for some time while I gather enough money and few crates of beer...
flickr

Progress has been slow, as fixing up the Peugeot 106 Rallye and MX-5 has been a higher priority. But today I had time to remove the intake manifold to check the space for Webers. Plenty of space, even if the brake booster could be further back. Now I should finish the drawings for intake manifold (Weber adapters), then that part of the project would be done. I'll naturally remove rest of the K-Jet too at some point. There is still a lot to do, I'll drop the whole drivetrain, refurbish the front subframe, firewall insulation etc etc.
flickr

That sounds like a hell of a transformation. But like the consensus is, the car is nice enough to be spruced up like this, and worn enough to merit some non-standard improvements. If it were still beige, that would be a different matter :lol:

Yeah, that's exactly my logic. If it were beige, It would be already sold :lol:

That said, switching back to K-Jet would not be tough thing to do. Just remove the carburettors, install OEM intake manifold and K-Jet, and then minor parts on fuel supply side (fuel pump, located outside of the fuel tank).
flickr