Do you know what Nemesis means? Etc...

I've always been at odds with every little bit about the way the Focus was styled, and I think the saloon version is the worst iteration. I've now found such a terrible example of the car, that I feel like I must have it. To troll myself, maybe?

1999 Ghia with the 2.0-litre engine, so probably a very peppy unit and the handling is most likely great. But it's the colour/trim/bodystyle combo that just kills me.

This specific car only has 160k on its ugly clock, it's manual, it's not very expensive at 2k and change and it's located where my parents' cottage is, so it would be easy to get. I would probably swap the wheels for some steelies with OEM hubcaps to complete the look, or find some Ford three-spoke wheels.

From the top of my head:

Because everyone sees one and goes TRANSFORMERS!

Also, because of a damn country song, where the guy buys a Yellow Camaro to get girls.
Ugh.
This simbolizes all the wrong reasons to buy this kind of car, and lots of people did.

Yeah, I think the Camaro best points out how well the Challenger and the corresponding Mustang were styled.

For me it's not a car, it's a whole brand: Mercedes. Their politics ruined the DTM and I hate them for it.

Not a specific car but an entire brand/sub-brand. They are anti-fun, heavy, and unstyled breadboxes. You can put an F-sport badge and fiddly body accents/scoopes/angles on whatever model you want Lexus, it still doesn't make it "sporty" or remotely fun to drive. They are trying too hard to be Mercedes or BMW and failing miserably--and it isn't even close.

public said:
Yeah, I think the Camaro best points out how well the Challenger and the corresponding Mustang were styled.
Click to expand...

Pretty much.
It is basically a life-sized Hot Wheels.

I hate anything beige/gold/champagne and anything with gold emblems. Put the two together and you end up with the most vomit-inducing cars.

Lexus was the king of doing this in the 90s and early 00s.

We used to have lovely blue B11 Sunny in 1988-1996, but then my dad bought a brand new Passat TDI (same colour as in the picture). It was a very tough break for the certain 10 year old Nissan-lover. That Passat is the main culprit for my childhood trauma and that's why I'm so keen on Nissans nowadays. You have to fix what was broken back then, right? :lol:

Champagne RX330. It looks like a boat, drives like a boat, and is topped off in the quintessential 50 year plus geezer color. And my mom has one exactly like it

All Camaros and Corvettes. I've got my reasons. 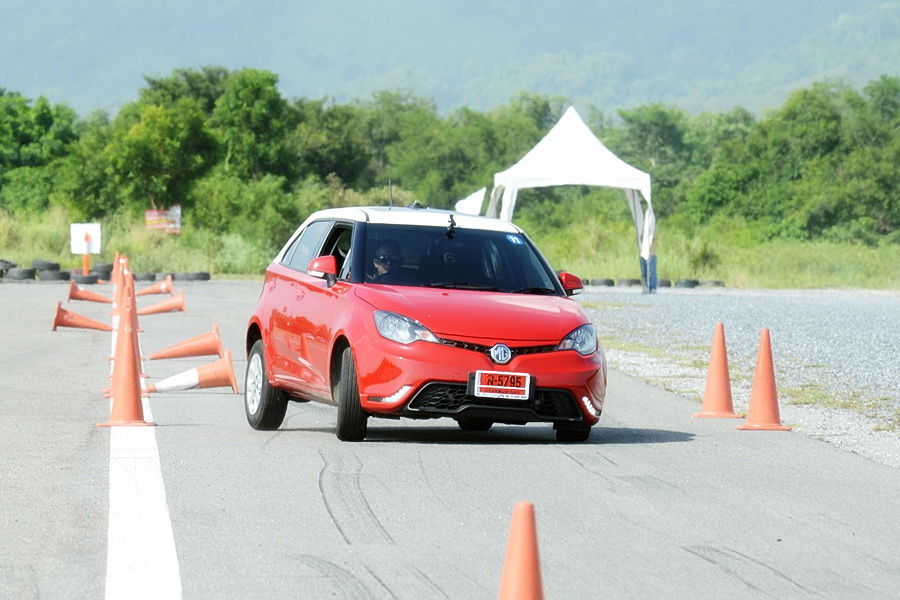 Even though I am an advocate for "Everycar is a Winner" mentality. This one will not get my mercy.

It doesn't matter which colour. Any of these crappy MG3 can make my blood boils. It's arrived in this country in a box imported by a large conglomerate trying to have a crack at the automotive industry. And my hatred for it starts here. They say it's "European" and it's so "British", they start using Little British Car to promote the thing despite having fuck all actual connection to them.

The automotive journalists got hands on one, and they say it's a fine driving car, with great steering, stability and road holding rivalling bigger cars, the most fun you can have in a small hatchback. I was a skeptic though. I mean, how can this crappy little shitbox that got thrashed in foreign reviews be the second coming of Jesus Christ? I then learnt that the thing weighs 1200kg, which is considerably more than comparable hatchback. And this makes the thing feels solid and stable at high speed. But at what cost exactly?

I then got a chance to drive one.

My skepticsm was absolutely correct! The steering was heavy, excessively heavy, and it does not give that "feel" people keep talking about when reviewing cars either. I did the similar manoeuvre to the one depicted above. At 60km/h the tyres squeal with pain and much understeery-ness. You simply cannot beat the law of physics. You have more mass but the same amount of crappy tyres other small hatchback have, it will not have better road holding ability. The same manoeuvre in a new Mazda 3 went happily at 70km/h with ZERO understeer, the tyres weren't even squealing.

I will not go to the engine and the gearbox. They are even worse. Gearbox is one of those double-clutch job. It's very similar to the Alfa Romeo Selespeed of the late 90's. And how well did that went?

By then I knew this was a easy cash grab job. The thing looks good, and that appeal to people who never care about driving. A shitton of young girls (maybe boys as well, let's not be sexist) by one because it looks bloody excellent. And then they suffer from terrible fuel economy, poor reliability, persistent problems and awful depreciation.

But the worst thing. THE WORST THING. Is when they formed a "club". An fucking MG3 club! A club for brand new cars that will not go out of production in many many years! And I'm sure these people are the worst fan of particular sort of automobile anywhere in the entire fucking world. They will defend their cars like it's their mother. Indeed insulting one is like literally insulting one's mother, hell, just pointing out the cons is now insulting if that's the case. They are right damn delusional, for them these are the best car ever made. There have been incidents where they go after people reviewing this particular model on the internet just because the guy pointed out ACTUAL flaw of the car. Resulting in a flame war between people who have one, and people who don't. A war that is currently ongoing and probably will be until the car fall apart, the dealers close, and the owners realise how they have fucked up.

Every time I see one of these on the road, signalling for a chance to change lane, I have the urge to not let them in. If they're in the overtaking lane I have the urge to tailgate them until they realise that's not the place for them.

Well that was fun. :lol:

CrzRsn said:
All Camaros and Corvettes. I've got my reasons.
Click to expand...

Because you work for the competition, duh!

This is true for me when talking about VW.
At least here, VW fanboys are absolutely incapable of admitting any other brand (apart from Audi, of course) has good cars. They are the best equipped, better mileage, better maintenance cost, etc etc etc. Ugh.

I can't stand Opel's early 2000 models. Like Astra H and Vectra C. They only come in grey, of course. Everything about them looks worse than the models they replaced imo, the styling language does not work for me at all. No doubt betters cars, but...

This is about as bad as interior design gets: 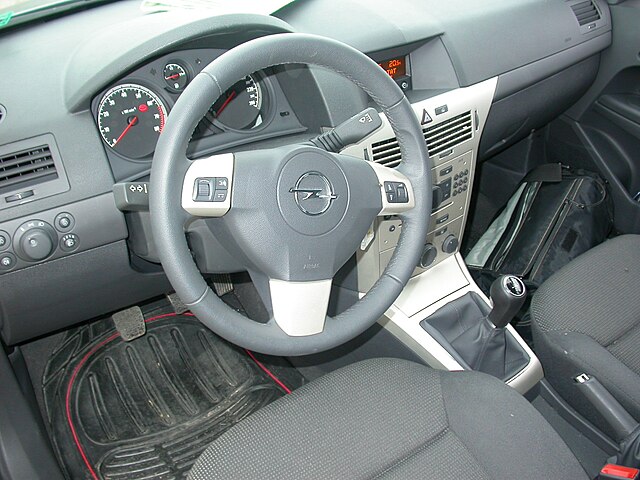 I know the gear.fi crew will stop inviting me to events for this, but I'll take the risk and hide behind my firewall after saying that I hate Citro?ns - all of them except the 2CV. They look silly, the way they are designed is too quirky and they're full of unnecessary things that will break sooner than later. The 2CV earned a special place in my heart after our journey through Mongolia, so it isn't in the same league

I also hate Opels. My 2013 Asstra was such a terrible POS that I started hating them all

And I also hate the FWD 2-series BMW, the family car type. It's just wrong.

It felt good letting this out of my system :lol:

What this man said! 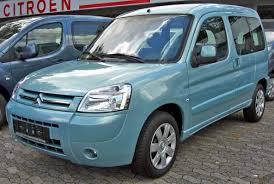 It's everything wrong with French cars, gutless engines, horible driving dynamics, no driver feedback, interior trim that makes 90's American cars look well made, everything about them is dreary, cheap and horrid but somehow also 'cheerfull' for no good reason.....worse of all they are marketed as 'budget' family cars to people who have no clue and to many kids, and as a result the are always, ALWAYS driven by idiots.

I you see one coming towards you, and over here that's all the time, steer clear and expect the unexpected, because little miss superhousewife on her way to a neighbourhood meeting is busy picking up little Maggies pacifier from under the seat while facebooking.......
Last edited: Dec 12, 2016

No words are required.

Fortunately in my new job I am deleting them from UK roads on a daily basis.

MWF said:
Fortunately in my new job I am deleting them from UK roads on a daily basis.

Glad to hear it.

I think mine is this:

OK Maybe not that one specifically, but the PT Cruiser and any cars sold in Europe that try to look American.

Yes, I kind of count the orange marker lights on Bugsy in this, I'm only keeping them because they were there from the factory.
Last edited: Dec 12, 2016

Just thought of some more:

FRS/BRZ. Every time I'm in my Miata and come across one of those, it's driven by a backward hat wearing douche who thinks he can drift and he inevitably tries to show off to me by revving his engine, weaving through traffic, or some other nonsense. I despise those cars.

Priuses. I live in the Boston area and 99% of Priuses are driven by elitist hippies who think that it's perfectly okay to dictate the "safe" traffic speed by going 5mph below the limit. They will never move out of the way either, no matter how much you flash your lights or how many cars pass them on the right (if highway) or in the incoming lane (if backroads).

Anything with aftermarket HIDz y0! Nine times out of ten they're done improperly and an HID bulb (probably stolen out of a Nissan) is inserted into the stock halogen mirror housing of an old Honda Civic. Light goes everywhere except and blinds the hell out of oncoming traffic. This leads me to the specific nemesis: Nissans. I hate Nissans. They come equipped with stupidly bright low beams from the factory. You think some a-hole has his high beams on but no, just a Nissan.
You must log in or register to reply here.
Share:
Facebook Twitter Reddit WhatsApp Email Link
Top