Bunnies! I had a yellow fuzzy bunny that looked a lot like Zesty's, only with black eyes.

Oh, Barbies. I never played with mine nearly as much as I did my Puffalumps, but I had this awesome huge pink dollhouse that I expanded with a shelf and some other things. Took up the whole corner of my room at one point in time. I still have most of the dolls because I always wanted the special edition and Christmas ones that were awesome. Big sparkly poofy dresses FTW! I think my favorite one was the remake I had of the original 50s doll. It had the coolest hair, make-up, and clothes with it...even had little cat-eye sunglasses!

flydiscovery said:
I loved mine too! I had a special one called Lisa Jennifer. They all live on at my parents' house. I expect to have to re-home them here at some point, when my mom gets tired of having them around. They were the coolest!
Click to expand...

Aren't they just the most cuddle friendly toy you could own? Mind you, they're getting bigger.

I have an ALF too! He's not a puppet though.

Ah..bugger it *grabs camera to take some photos!*

This is one of the beds in the "Bears'" room;

The big pink one is Big Bear. He's the boss of all the bears in the house.

I have two sets of twins. Buffy and Angel, (the dark brown bears on the top of the piano), and the two white ones Snow Bear and Lady Bear.
My Grandmother had Buffy and Lady Bear, but when she passed away they were given to me to be reunited with their twins.
I also have Officer Bear, who came from the NSW Police Academy, Tigers to comemorate my trip to the Tiger Temple in Bangkok, a giant stuffed German Shephard, teddy bear slippers (which were my Grandmother's), Alf is in there too, and way over in the left corner my old Sega Master System is visible.
It still works, but the pause button is a little temperamental.

And Huggy, with Teddy Edkins and Teddy Koala - my Dad's bears (whom he thought were a bit hot one summer, and tried shaving their fur, knowing full well it wouldn't grow back.) All resting comfortably in my bed.

I've now made a jumper for Teddy Edkins, who was the worst affected.
Last edited: Feb 6, 2010 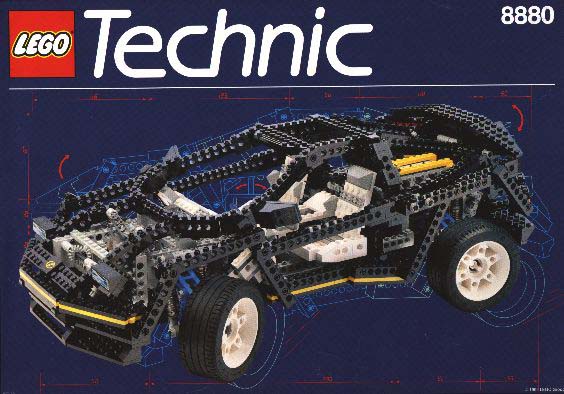 Damn it! I wanted one of those forever, but they were too freaking expensive in Bulgaria.

I guess my favorite toy was, among hundreds of Matchbox cars, a 1/43 model of a British Racing green Jaguar XJ Series III. It was completely metal...no plastic parts except the wheels. It was a heavy bastard. The only opening part was the trunk.
I had to repaint it with my mom after a couple of years. So it became...brown. Finally when I was 8 or 9 me and my dad disassembled and repainted it in white, with a black chassis and bumpers.

My favorite little model car was a bright red Porsche 911. One of the 90s? ones before they went to to the melted egg headlamps. It even came with me to college and has a little bunny stuck in the drivers' seat now. The wheels turn, the steering wheel turns the front wheels (a little--it is plastic in there, after all), and the trunk and hood both open.

I have no idea what I want to do when I get out of here, but I do know that I'd like a bigger version of that car that runs! :lol:

ninjacoco said:
Pfft. The blankie and teddy bear give you more credibility!

It's pale yellow, despite lighting.

I have no idea where my bear is though- probably deep in storage in out attic.
Last edited: Feb 8, 2010

thevictor390 said:
I had crash dummies! Sold them all together in a bin in a yard sale

I almost forgot this:

Can't find the exact one I had but that one's pretty close.
Click to expand...

I had that; loved it. Built it and it never worked :lol:

As a kid I loved LEGO, K'Nex and Mechano. All i'd play with then have some serious fun with the stats. Favorite was the Rc car which went down the stairs but hardly lost any bits. It was invincible

Airfix MRRC Aston Martin DB5 - mine was Blue, went like shit off a shovel!

vRS said:
I had that; loved it. Built it and it never worked :lol:

As a kid I loved LEGO, K'Nex and Mechano. All i'd play with then have some serious fun with the stats. Favorite was the Rc car which went down the stairs but hardly lost any bits. It was invincible

OMG i had that exact same car!!!! I loved it it was fantastic.

also, add that guy on the left, he should be in the picture, too

Ruthi said:
OMG i had that exact same car!!!! I loved it it was fantastic.
Click to expand...

Fast wee buggers weren't they? used to rally mine around outside. Showed my RC cars where to go:lol:

Mine was my Optimus Prime toy, long since lost the box and the back trailer. He's also been damaged from numerous battles with the evil Megatron but still probably the greatest toy i ever owned. ^Hell yeah! I had one of those too. When I was still young though, I dawned my anorak and wished I'd kept in the box because it was worth $100- now I'm sure it's much more.

I still have the complete sets, the completed 8880 car is displayed in my room at my parents' house.
Click to expand...

I still have the 1993 catalog where these two exact sets were featured, back when LEGO built real kits instead of licensed crap. These were the two I wanted most. Maybe eventually I'll go buy 8880 Super Car off eBay...

Contrux One year for christmas i got 2 of the 1000 piece sets it was probably the best christmas ever. To this day i still randomly find the blue 6 way connectors at my prarents house.

but really my most favorite toys were my imagination and the 150 or so acres of woods that butts up to the back of my parents land.
"My laptop has a webcam; if I wanted to make money while making a mess, I'd be all over the internet. Hell, you'd probably have videos of me bookmarked."
~Klutch~

Speaking of Technic, I had this one

Which I broke by crash testing the jeep too many times, and this one

I was given a couple of older ones as well, including

and a yellow double storey house I can't find a picture of. All the sets unfortunately did not stay in mint condition, with most of the bus' windows being shot out with a BB gun.
Remember, a dog is not just for Christmas. It can also be for a birthday. In fact, you can eat them all year round.

I still have mine, but I need to get an old computer running Win 98 or below to use the software again

Ah man, my neighbor had that set. They got it for free because they were homeschooled and it counted as an educational toy.