I thought the writstwatch from Metal Gear Solid V was just a cool thing made to look right for the time period, 1984, when in fact it's a real Seiko! And of course it was used in a Bond film so they're damn expensive... Bought a Breguet .. thought I was Winston Churchill for a while, until I had to drive the car myself.
Last edited: Jun 4, 2016

GerFix said:
View attachment 17407
Bought a Breguet .. thought I was Winston Churchill for a while, until I had to drive the car myself.
Click to expand...

Think I've fixed it. Here's a macro of the movement ...

Amazing how rough the Sistem51 movement looks under the macro lens:

Mmm, yeah. Gotta love a Breguet. I just wish they all had Breguet hairsprings, it seems a little sad they don't. Oh, and be sure you make friends with a watchmaker if you aren't going back to the mothership for service. When it comes time you might find lots of independent watchmakers are leery of working on a watch with a Frederic Piguet based movement. They're very pretty and work fine until they don't, then they can be very temperamental to service. The good news is your movement is one with twin barrels and it doesn't have the notoriously unreliable single unit reverser/winding wheel, so yours should be good to go for a good while between services.

We have a F. Piguet 9.51 based movement in some of the watches I work on and it's always a crap shoot whether it fights the service or not.


GerFix said:
Amazing how rough the Sistem51 movement looks under the macro lens:

Well it is fully automated construction and assembly followed up with what's basically ink-jet colorization. At least the laser welds are neatly done.

And in other news, I think I might buy a JLC Reverso next week.

^ Yes, I have first hand experience of "mothership" servicing with this mob (Swatch). I have a Blancpain Leman Alarm which cost $3500 to repair ... whilst still under warranty (they pulled some "shock on bezel" wrought to deny the warranty claim). The twin barrel movement was a bit of a seller with this piece but it is more art than engineering .. the finishing on this is superb (all rounded and polished edges .. none of my JLCs even come close) ... but despite the finishing, the movement doesn't even have a hacking second hand. Nice choice getting a Reverso .... which reference? 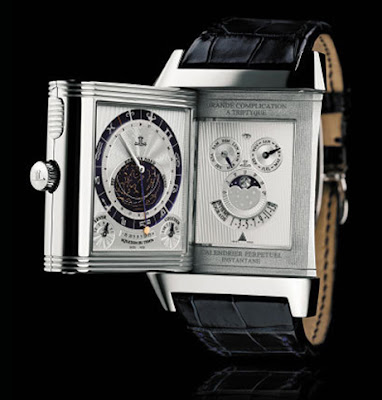 lol, that's a watch that would make me smile each time i open it!

Bought a Breguet .. thought I was Winston Churchill for a while, until I had to drive the car myself.
Click to expand...

lol, that's a watch that would make me smile each time i open it!
Click to expand...

GerFix said:
I have a Blancpain Leman Alarm which cost $3500 to repair ... whilst still under warranty (they pulled some "shock on bezel" wrought to deny the warranty claim).
Click to expand...

Well, the thing about a watch is when it comes back and we see a dent on the edge of the case, we know the watch took an impact. Dents don't form on their own. Whether it was catching your wrist on the edge of a table or desk, or maybe the frame of a door walking through, or it was dropped onto the counter when trying to put it on, it all leaves physical evidence. I can't speak to the policies of other brands, but at least when I'm diagnosing a watch that's come in I will consider the size and position of dents to judge severity of any impacts and whether they would be responsible for damage or whatever is wrong with a watch. I don't like to void warranties but sometimes it's obvious the watch has been mistreated (either accidentally or not). $3500 though, I would expect you'd have needed some major replacement parts, either a bezel, or perhaps crystal and crown in addition to a complete service, which would mean the watch was hit pretty hard.


GerFix said:
but despite the finishing, the movement doesn't even have a hacking second hand.
Click to expand...

On a watch which isn't COSC certified or similar the hacking seconds is generally a bit overkill. Again, I don't know the other brands' specification on the movement, but being non-certified and similar to one we do use I would imagine they have tolerances of about -5/+20 or so on that model. If it's running as much as 20 seconds fast per day then being able to precisely set it becomes less important because that precision is quickly lost as it runs. This is of course a technical point of view, from the standpoint of a consumer I completely see the appeal regardless. Some movements just don't have a good way to implement a hacking feature, so it's foregone.


GerFix said:
Nice choice getting a Reverso .... which reference?
Click to expand...

Don't know yet. The company just sent out an announcement Friday that next week they're holding an employee sale on Reversos at a pretty major discount, so I may take advantage if they have a model I like at a good price. While I'd love a gold cased model with the two faces, I suspect those will still be more than I want to spend on such short notice even at the discount. I'll probably end up with a simple steel cased manual winder, which is fine since I'm used to a manual wind as my daily wearer is an old manual Gallet chrono. I'm planning to go out and stop by a dealer and look at a few different models in person to narrow down to a list of possibilities today.

The 1931 tribute is a nice choice if you want to get a simpler reverso imo.

^They're all good, except perhaps the Squadra and Gran Sport (which are more of an acquired taste). I have two, an older Grande Automatique GMT and a current Grande Calendar. Purists say a Reverso should be manual wind (because that is what the original was) but I don't really buy that .. it's like saying a BMW straight 6 engine should have carburetors (for the same reason). The tribute to 1931 is a lovely piece, but I like the guilloche dials myself. Of the two I have, I think the older Automatique is still my favourite ... it sits on the wrist better than the longer (newer) sized Grandes. Although neither watch is large, the back of the Reverso is absolutely flat, which makes it wear larger than you would otherwise think.

I would totally dig a Grande Reverso GMT but unfortunately the bigger Grande size doesnt sit nicely on my wrist. Of all those I've tried the ultrathin 1931 fitted the best. I've also tried on the latest blue Tribute model in the London boutique. It was gorgeous but maybe felt sliightly too dainty for me. I love blue tho so it could very well be the Reverso I want after I get a Master Geographic, which I'm planning on getting late summer. 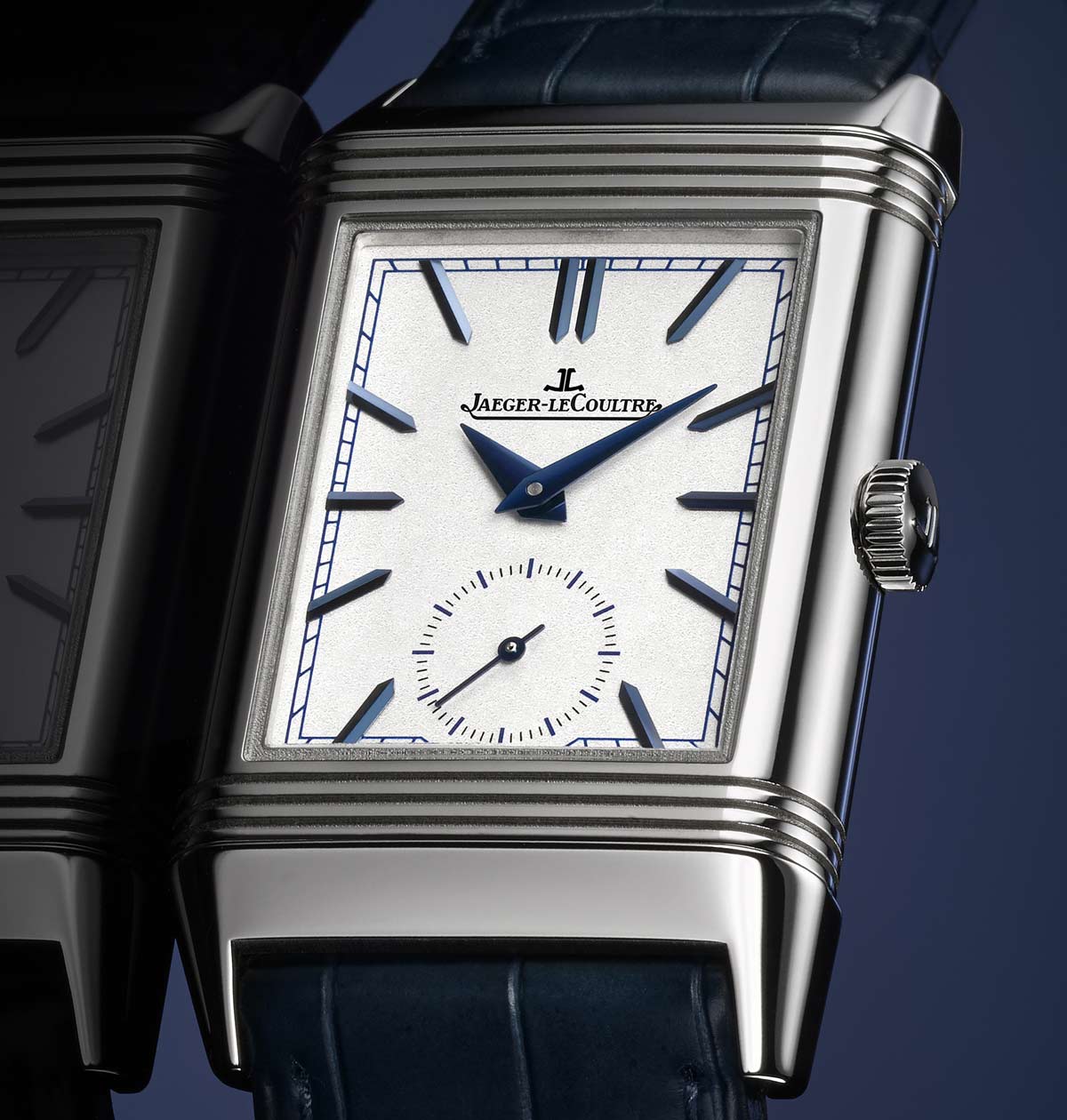 And after all that I didn't end up buying one anyway. They did have that same Grande Calendar model GerFix has available and it was about my top choice, but I wasn't quite in the mood to spend $6000. I have other things coming up soon to spend that sort of money on.

I recently bought two old Soviet aviator watches - both Raketas. The green one is a Raketa Pilot from the 70s or 80s and the other is a Sturmanksie(?) from the 80s. Is very nice, happy with them both.

Just recently bought this Superocean II 42. My job requires me to venture out to sea on small vessels from time to time, and while I won't test it's water resistance unless I'm already dead and sinking further to Davy Jones' locker, I figured a diver's watch would be best suited for my needs. So far, it's been a total joy to wear.

Rokovak said:
Just recently bought this Superocean II 42. My job requires me to venture out to sea on small vessels from time to time, and while I won't test it's water resistance unless I'm already dead and sinking further to Davy Jones' locker, I figured a diver's watch would be best suited for my needs. So far, it's been a total joy to wear.