I wasn't planning on buying a watch today (or anytime soon, really) but I found out a local jeweler was going out of business. Everything, including watches, was deeply discounted and couldn't pass this up: 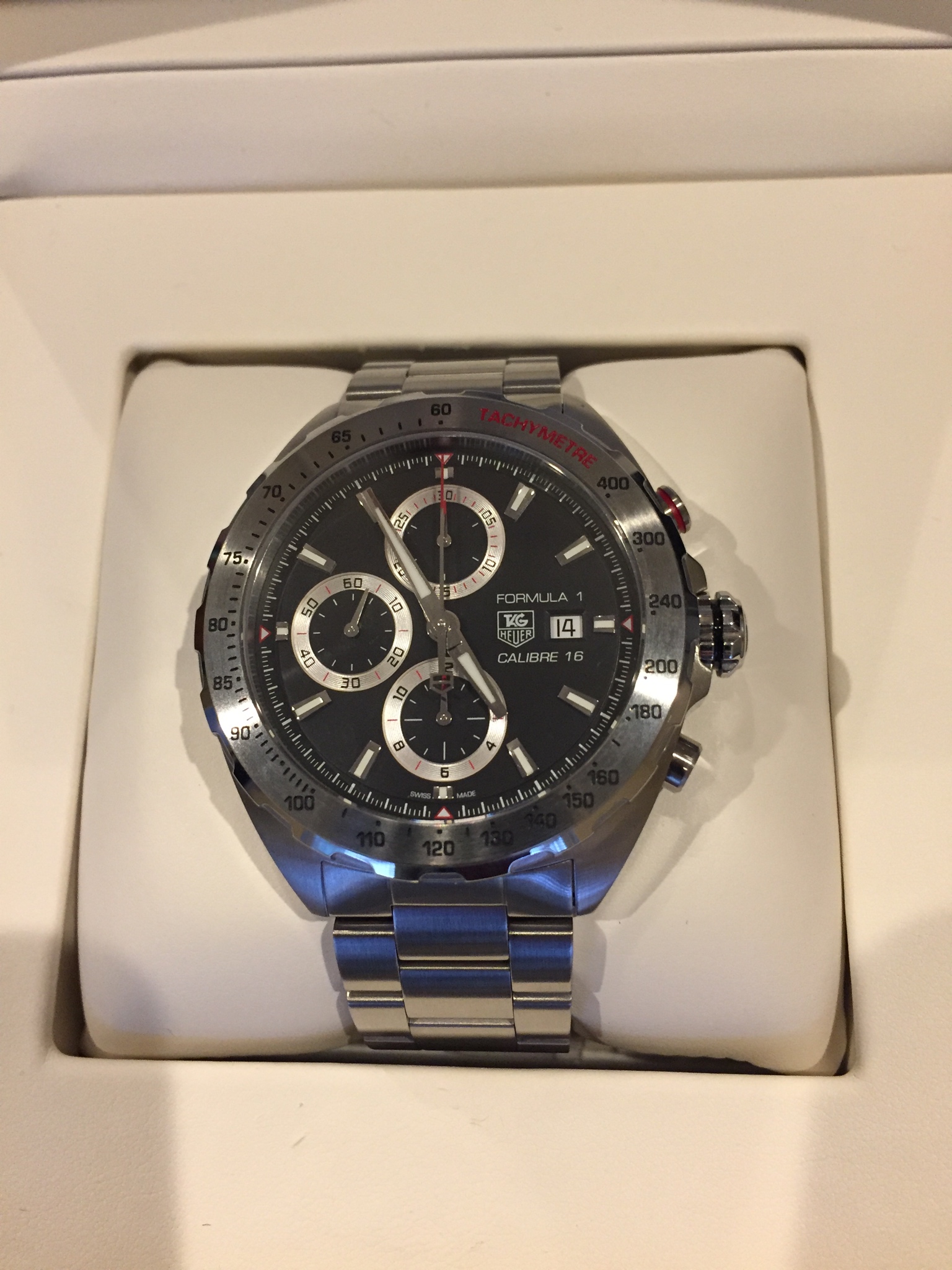 It's bigger than I usually go for, and certainly has some heft to it, but it wears nicely.

Not my first pick for a watch, but certainly I would buy it for a good enough price.

Went back to the '80s and asked for this for Christmas.

Really digging it so far. Been probably more than a decade since I've had a digital watch as a daily wear. Easy to read, comfortable, simple.

I put an aftermarket sapphire caseback on my Speedy. I'm now mesmerized by the details. Manual wind chronos ftw.

Yes.
Even on my cheap Seiko I spent a lot of time just looking it go.

Redliner said:
Yes.
Even on my cheap Seiko I spent a lot of time just looking it go.
Click to expand...

Same. My first Seiko 5 I got in high school had one and I've been obsessed with them ever since. It's like a transparent engine cover on an Italian sports car, but there's way more to see and lots more going on.

Der Stig said:
It's like a transparent engine cover on an Italian sports car, but there's way more to see and lots more going on.
Click to expand...

And that Lange chrono is like staring at a V-12 with six carburetors and tubular headers.

Does anyone have actual comfort issues with bracelets? I've noticed that bracelets with a single link width are less flexible, but my arm doesn't exactly move that much where the watch itself is. It's an easy enough issue to visualize, but how much of an actual problem is it?

Thanks to a weird set of circumstances (which I am told are called "spring cleaning") I came into possession of this circa 90s Seiko 5 on a sad state of repair. Can you tell me anything about it? I'm on the fence on whether it's even worth getting it fixed or not.

They were about $100 new - I had one with the same movement but different face years ago - so I would say probably not but @Nabster is your man to say for absolute certain.

Serial number breakdown shows that watch was either made in October 1981 or October 1991. So if you're thinking it's 90s then October '91 is probably most likely.

That said, I think it's probably a goner. There's rust staining around the date window which is never a good sign to see inside a watch. Given the state of things it looks like it took a big drop at some point. It would require work to reattach the logos and date window frame if you even wanted to attempt saving the original dial, the hands may or may not need replacing depending on whether they're bent or corroded, the crystal should probably be replaced as well (which is luckily easy to source), and of course the full suite of gaskets should be replaced as well. If the movement is rusted you'd basically have to go straight to a movement exchange, I really don't think it's worth trying to restore a rusted up 7009. Unfortunately I'm also unsure whether there is a readily available new movement which is an interchange for it either. There are lots of Seiko modding communities that may have that information though.

My honest opinion is that it's not worth trying to save if it does have moisture damage. If it doesn't then it's iffy. If he watch has good sentimental of family heirloom value that obviously changes things though.

Nabster said:
My honest opinion is that it's not worth trying to save if it does have moisture damage. If it doesn't then it's iffy. If he watch has good sentimental of family heirloom value that obviously changes things though.
Click to expand...

That's unfortunate. I personally have no attachment to it so it's probably a goner. Thank you for answering!

What about this one that also showed up a couple of hours ago? Apparently my old man has never thrown away a ruined wristwatch.

It looks like watch dealers are offering deep discounts on their stock, and there's some somewhat tempting Girard-Perregaux Laureatos out there. I can't decide if they have a bold unique style or are too generic-brand in their styling, even with the real heritage behind the brand and th emodel.

I can't unsee a Royal Oak looking at it (not a bad thing). But I don't think I could stomach paying thousands to have people ask if it was a Royal Oak all the time

Even at 50% off, I'd rather have a Spring Drive or high beat GS.

The annoying with the Spring Drives is their thickness, at least the automatic ones; the thin manual winds are way pricier (though TBH rather close to a Laureato). As for the styling, eh, the Royal Oak is a bit much for me so I'm fine with some similarity.

Der Stig said:
I'd rather have a Spring Drive or high beat GS
Click to expand...