Here is an old picture of my 4Runner next to my brother's old 80's Suburban, for a size comparison. lol

LeVeL said:
I have no idea why anyone would need something bigger than the Jeep unless they needed a 3rd row or towed a lot.
Click to expand...

There was the International XT...

and my parents have the hardest time finding a car that can tow 2 tons...
Click to expand...

This always pops into my head when people think my body on frame wagon can’t tow a mk7 VW Golf...

Your wagon is not equal to the B and D bodies from GM in the 90s.

To be fair, GMs vehicles from the era weren't any better. GM had to take pics like that to show that the 90s era cars were better than their own previous cars.
Last edited: Mar 23, 2019

According to the trustworthy source that is some british caravanning site I found on google, my car can tow up to 2100kg. 1900kg for my exact trim level. The single-turbo version with 20-30hp less can do 2100kg. Why that is, I've no idea.

I've never tried anything heavier than an unbraked 750kg trailer but my car gives exactly zero fucks when I hook one of those on.

Anyone know what the Buick version is rated for in the US?

The Buick version of what?

yeah, right now they also drive a 2002 LWB nissan patrol, and that does the job of towing the gipsy-family-sized caravan around europe during the summer just fine as well
but during the year it main use is the grocery-store run, so they want something more civilian, less utilitarian
and it must be an auto

and most autos you get here, can only tow up to 1700kg, if you're lucky

they settled on a ford kuga (which has an automated manual, and can tow 2.1 tons), only to not find a decent seating position when doing a testdrive
my mother is rather small (1m56) so needs the seat all the way up and all the way forward, but then the headrest doesn't allow to keep her head straight up...and they don't have other headrests?
and that was only 22K (new!), next possibility was over 34K, and they don't want to spend an additional 12K because of a fucking headrest!

out of frustration, they renewed the MOT on the patrol...

Perc said:
According to the trustworthy source that is some british caravanning site I found on google, my car can tow up to 2100kg. 1900kg for my exact trim level. The single-turbo version with 20-30hp less can do 2100kg. Why that is, I've no idea.

I've never tried anything heavier than an unbraked 750kg trailer but my car gives exactly zero fucks when I hook one of those on.

Anyone know what the Buick version is rated for in the US?
Click to expand...

Don’t think we get the Country Tourer variant here. The regular sedan version is sold as the Regal and has a tow rating of ‘no’.

Actually, you did get the wagon as the Regal TourX. It too has a tow rating of 'No'. Incidentally, that's probably also its sales number for the past year

Also, it should be noted this is not my being deliberately obtuse, it literally has a tow rating of 'No'

Neither the Buick Encore or the Regal TourX are rated for towing.
Click to expand...

Though neither of these models has a trailer hitch from the factory...
Click to expand...

Part of it has to do with the higher speeds, infrastructure and road conditions in the US. Even if, for example, a yaris could tow 880kg (per the UK), there's the matter of stopping that mass when the medicated housewife in the suburban crosses three lanes

I’ve posted this before, but here’s a refresher - tow rating calculations are fundamentally different in North America and Europe: https://oppositelock.kinja.com/tow-me-down-1609112611

US tow safety prioritizes a naturally safe dynamic situation so that more people can pull at freeway speeds with less likelihood of incident. There is no doubt that using this method results in an inherently safer tow situation as it relates to vehicle dynamics.

UK tow safety allows for the possibility to carry more weight, but erring on the side of caution with far less safety margin in respect to the physics.

Bottom line - Can a tow vehicle pull a heavier trailer there than is rated for here in the US? Yes, with some provisions:

1. The closer the trailer weight gets to the vehicle weight the slower you will need to drive.

3. None of this takes into account crosswinds, cooling systems, hp, or braking effectiveness (or legality).

Moral of the story

Europeans! Be proud that you can pull that huge caravan with your tiny car.

Americans! Be proud you can pull more weight in total and with a greater degree of safety and at higher speeds than our Euro friends.
Click to expand...

Spectre said:
Don’t think we get the Country Tourer variant here. The regular sedan version is sold as the Regal and has a tow rating of ‘no’.
Click to expand...

The "country tourer" is just their late-to-the-party XC70 competitor. 20mm taller than the normal wagon and some body cladding... and as I found out the other week, an actual steel skid plate under the engine. Otherwise it's exactly the same product.

And you do get the Country Tourer these days, it's called the Buick Regal TourX. But someone else already mentioned this. The previous gen (which I have) never made it, though.

My license only allows me to tow unbraked trailers up to 750kg in total and I've probably been close to or in excess of that limit. As I said before, my car gives exactly zero fucks having one of those on the hitch.

Also, up until this year trailers were legally limited to 80km/h. Suddenly as of this year, 100km/h with the same hardware is perfectly fine. I'm not complaining because I'm no longer in the way. The fastest speed limit in the country is 120 but those are all freeways which means several lanes.

Have been doing random car searching on the internets, and found a Lingenfelter tuned 2009 CTS-V in manual naturally, in CA for 35K with under 40KMi on the clock, the want is strong

it's true, you don't own a money pit yet

Well it's not European so it has that going for it ;P

One of the guys on Cleetus's Youtube channel just bought a tuned CTS-V wagon. Its gorgeous.

Go to lunch with Scarface once we'd wrapped up the arrangements for his return home, see the only shaded parking spot in the lot.. 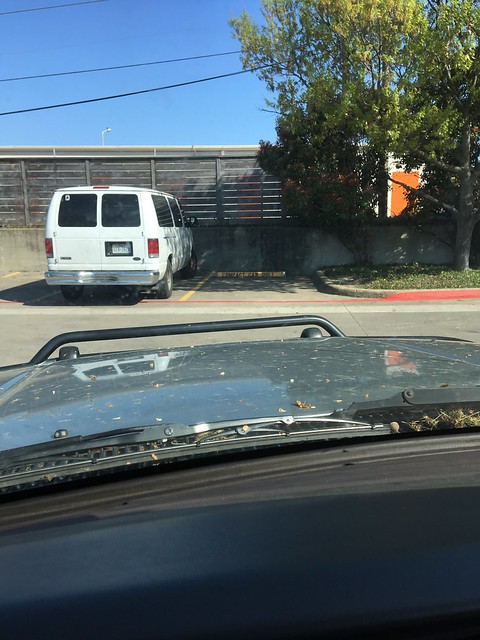 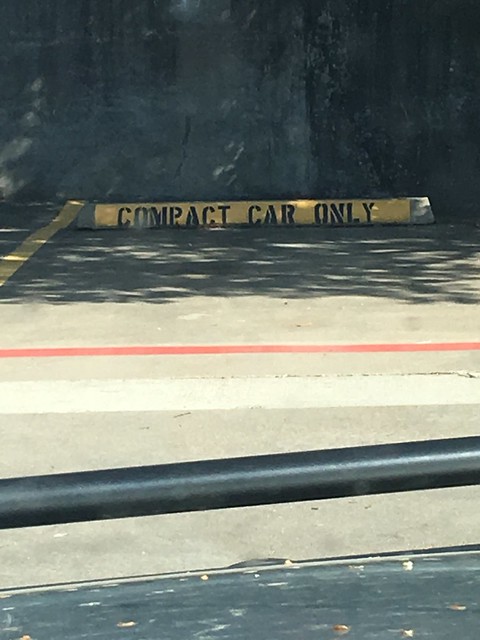 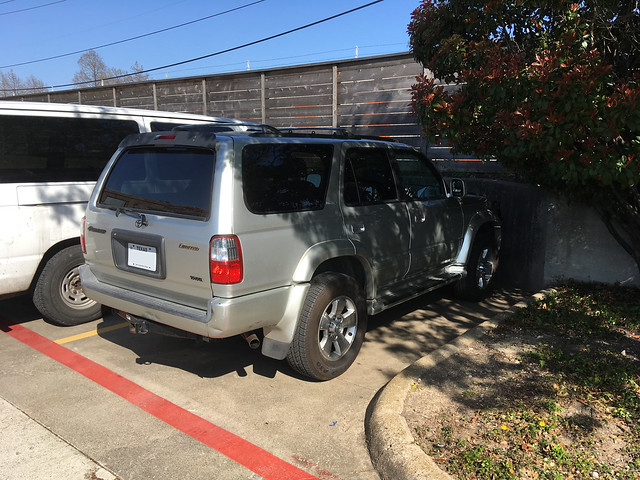 That said, seeing as how the 4R is neither compact nor car and it fit with room to spare, I am again wondering exactly what compact car they had in mind for the space.

My XJ Cherokee takes up less space in the garage than my Cobalt.

73GMCSprint said:
My XJ Cherokee takes up less space in the garage than my Cobalt.
Click to expand...

Yeah, but the 3rd Gen 4R is about four inches longer and wider (or thereabouts) than the Cobalt. It's firmly in the (for the day) mid-size class.
You must log in or register to reply here.
Share:
Facebook Twitter Reddit WhatsApp Email Link
Top