katwalk said:
I checked the dipstick today and burst out laughing before having it topped off. Only like 2500 miles since the last oil change and it was almost out.
Click to expand...

Did you do the oil change or was it a garage/dealer. If the latter did they actually bother to fill it up properly in the first place?
Under-filling cars as much as possible to save money on oil over thousands of services a year is exactly the sort of penny pinching bullshit I expect to see...

I think I've had to top off the Acclaim's oil twice in the last 15,000 miles or so. The Dolly used to be able to burn so much that 60 miles on the motorway at 65-75mph would bring the oil from the maximum mark to the minimum mark. If you stuck to no more than 50mph you could get 120 miles out of it at a push

Over here it is standard practice for them to show you the dipstick is full when an oil change is performed. Many places will also top up the oil if you are a bit low between changes.

katwalk said:
There is something supremely ironic about the fact i at some point decided I was probably not responsible enough to like, own a rotary engine car due to how all the ball you have to be about the oil changes.

...And then I buy the fiat. HA HA HA this will surely go well!

I checked the dipstick today and burst out laughing before having it topped off. Only like 2500 miles since the last oil change and it was almost out.

In other semi related news, i start my into to auto repair course in a month >_>
Click to expand... 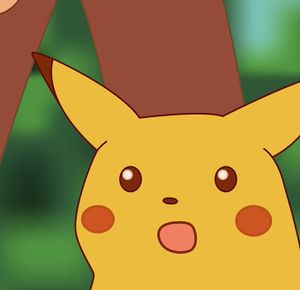 GRtak said:
Over here it is standard practice for them to show you the dipstick is full when an oil change is performed. Many places will also top up the oil if you are a bit low between changes.
Click to expand...

Exactly so as doing otherwise can get the facility a gigantic lawsuit for a ruined engine here in the US. This is also why it's not uncommon to see a bit of paint sealing the drain valve so that tampering would be evident.

I mostly just found it ironic because it was specifically something I was worried about because when I was sick I couldn't keep up with maintaining the bug too well. And if I was being that specific kind of dumb I should have at least test driven some more things lol.

Also it's more distressing that they don't warn you. Like if they are going to skimp on the oil as a scam that is one thing, at least put the correct miles until next oil change. Though that one should hopefully not matter anymore because I should at least be able to handle that much myself in a couple months.

I really should look for actual fiat mechanics though because a lot I probably won't be able to do myself. I had NO IDEA how incredibly spoiled I was by the VW dealership. I wish they were a multi brand dealership, the fiat came from a fiat/alfa/KIA one. It would probably be really good buisness sense tbh because every time I look at the posts in the fiat subreddits I laugh because the most common previous/second/replacement cars for them are vws. "Oh your abarth is on fire? Maybe consider this gti. It will break in ways you don't need to be towed instead!"

To be fair, most oil change facilities just mark the traditional 3000/3500 mile interval on the sticker unless their computer tells them otherwise. Another point is that it's worth doing used oil analysis to find out how often you need to change the oil in your specific car as there have been significant screwups in interval recommendations from manufacturers in the past 25 years. Following car or oil makers' recommendations of "You only need to change it every 15K" don't do you much good if the oil is worn out by your own usage patterns and operating environment by 7500 miles.

That's assuming you want to keep your car indefinitely. If you plan on dumping it in, say, 8 years or less - well, probably can just go along with the references in the manual.

From what I have seen in the subreddit 2500ish miles does seem like the normal consumption. I assume a lot is also how you drive it though.

I am not TOO worried. I am basically just functioning the way I do with my health where I try and figure out what can make me get worse and avoid it. Someone posted a "test" to the subreddit about how if you go down a steep enough hill in overrun and hit the gas at the bottom it creates some sort of vacuum results in smoke? But like... the test itself sounds like it could make the problem worse? How about instead I take this knowledge and NOT do that because it doesn't sound like the car likes it.

But yeah I am absolutely going for make the car last as long as possible. Keeping the beetle compensated for basically all the problems with the fiat. The bug is larger, great in the snow, and as far as being a functional vehicle is actually incredibly reliable. Like it takes 3 tries to pass inspection but it never full on breaks down fast enough it can't be driven to the shop under it's own power.

And to compliment that, the fiat means the beetle gets driven just enough to keep it in good shape, and when it DOES need to be fixed I don't have to rush to do it. It will rust a little slower with less salt exposure.

I like loveable cars. You can't get rid of those easily. "I used to have a beetle, I miss it all the time". Over and over for 15 years. Every time I drive it I am glad I still can. So yeah drive everything into the ground until it is just parts to pick from.

I never had any of my cars burn oil, which is rather surprising considering the cars I had.

All cars consume oil. Most just don't use enough to be noticed during an oil change interval.

GRtak said:
All cars consume oil. Most just don't use enough to be noticed during an oil change interval.
Click to expand...

The Tesla has consumed plenty of oil during production!

Well, it still needs oil and grease, and some of that will leak at some point. I should say, all engines use some oil.

GRtak said:
All cars consume oil. Most just don't use enough to be noticed during an oil change interval.
Click to expand...

True, I meant it was never noticeable despite at least two cars being well known for oil burning (1.8T in the A4 and the RevUp in the Z) but I guess sticking to shorter than recommended oil change intervals helps... 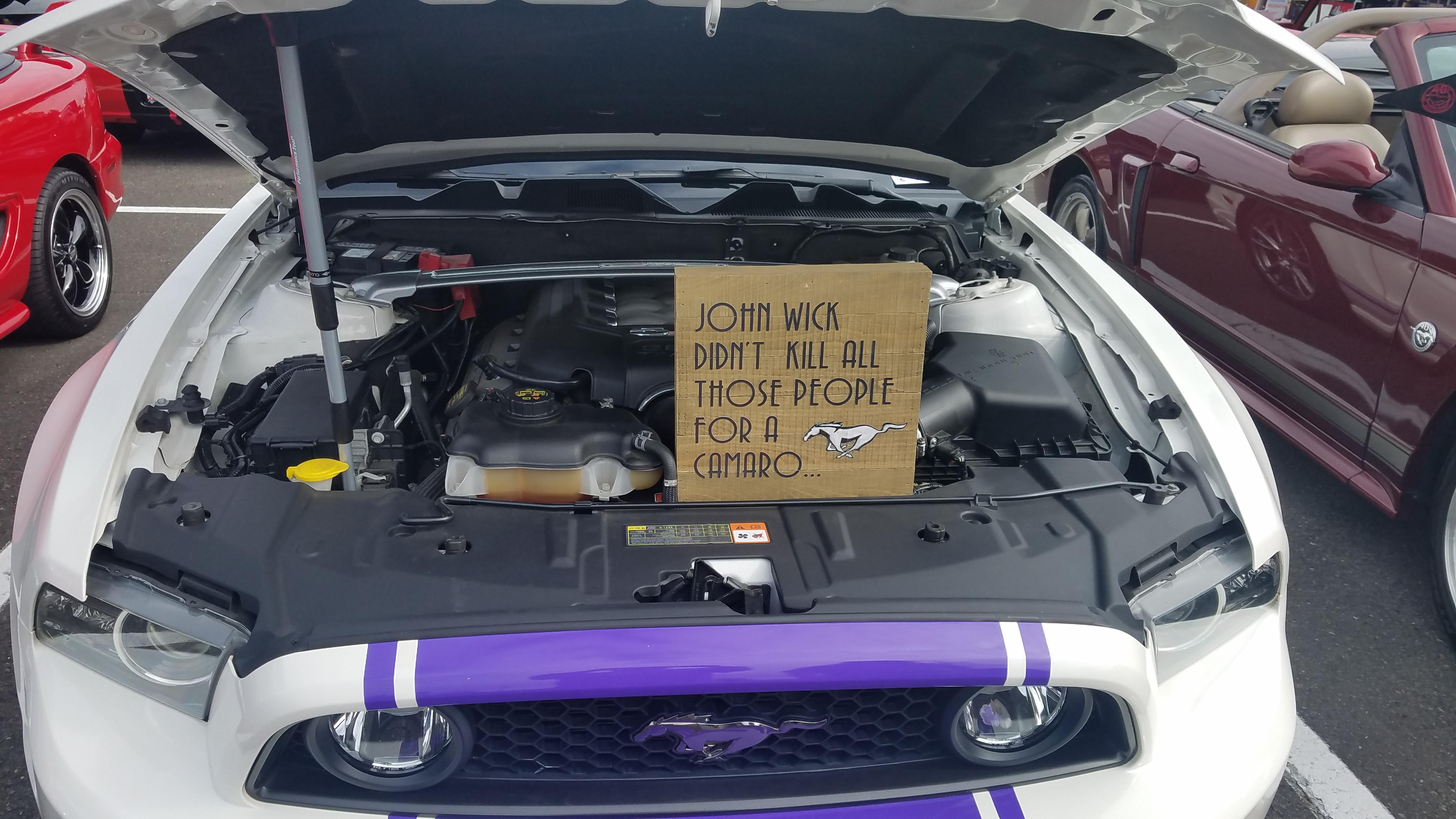 No, it was for Daisy.

Am I the only one that doesn't like touchscreens in cars? They make it harder to find functions because you can't feel the buttons so you have to look at what you're doing. I'm also 70yo on the inside though so...

Not really, no. I quite dislike them aswell, especially since you mostly have to look at the screen to hit anything, and over a bump you're not pressing what you wanted to press.
A physical knob can eliminate both issues.

LeVeL said:
Am I the only one that doesn't like touchscreens in cars? They make it harder to find functions because you can't feel the buttons so you have to look at what you're doing. I'm also 70yo on the inside though so...
Click to expand...

In my car, the touchscreen is recessed a bit so I can rest my thumb or a couple of fingers on the panel while operating it. Works fine IMO. I've put 40,000km on the car now and I've never had any problems with operating a touchscreen while driving.

I also have a useless touchpad between the seats just behind the gearbox selector, allowing me to move a mouse pointer of sorts between the touch targets and do multi-touch swipe to change radio channels, etc. I can also draw letters on it when entering stuff into the satnav. Enter a character, hear the GPS lady confirm it, enter another... no thanks. I'd rather use the on-screen QWERTY.

Of course, this is a General Motors car we're talking about...

The touchpad has haptic feedback and taps back at you whenever you do things. Even the clicky button part of it is haptic, much like a MacBook Pro. They put all this effort into a part nobody ever uses because there's a big colorful touchscreen right in front of you.

Meanwhile, the HVAC controls are part touch and part mechanical buttons. Temperature and seat heater, aka the controls I use the most, are on laggy touch surfaces without haptic feedback. You have to look down to see if it registered your input or not. The mechanical buttons are all tactile and nice. Too bad that the only one I ever use is the heated steering wheel since the HVAC is in auto mode all the time.

The best thing about the touchpad is entertaining your front seat passenger by drawing immature things into the character recognition.

Wait, does your Opel have a digi dash like on the pic aswell? No analog gauges?

Mitchi said:
Wait, does your Opel have a digi dash like on the pic aswell? No analog gauges?
Click to expand...

Sadly no, the GDPO didn’t care for that... or for the adaptive cruise.
Even the digi dash has analog gauges to both sides, but the middle part is a big display.

I have this middle-tier version.