Perc said:
I managed to fill up for €1,999 recently with a loyalty card that knocked a couple of cents off the list price. It’s 15ct more than that now and annoyingly, diesel isn’t cheaper right now.
Click to expand...

The use of a comma where we would use decimal points here made me think you had filled up at a cost of one almost two thousand Euros.

When I went past a petrol station today I noticed that diesel was more expensive than petrol. Have not seen that before around here...

marcos_eirik said:
When I went past a petrol station today I noticed that diesel was more expensive than petrol. Have not seen that before around here...
Click to expand...

It’s weird. In the US that’s normal but in Germany I’ve noticed it becoming a trend since the special military operation.

Diesel became more expensive here when it became popular with company cars, they knew it was selling more so cashed in.

The gap has never got big enough to make petrol cars cheaper to run but higher taxes on diesels after dieselgate (some had free road tax in the mid-2010s) and Ultra Low Emission Zones that basically ban any diesels that aren't new or very old screwed that up instead.

Huh, I stumbled across a rage post by some „@d-fence“ on reddit about ordering a vw touran, waiting ages for it, getting fucked over during delivery at autostadt… it all sounded very familiar. Then there was the added issue that the 1500€ Gps simply will not connect to the online devices anymore any time you park in an underground garage (which is every day) and how that is a known issue without a fix and thanks a lot for your money and fuck you!
I am of course not doing the tirade any justice, and it also was in German and contained some very skillful use of capslock. Very nice.
Anyhoo… for some reason I can’t find the corresponding thread or anything anymore over here. Am i just too dumd? Anyone know more?

I think he deleted his account on here. Not sure about elsewhere.

Anyway, adding my persistent random thought: I need a 911.

Like, is it finally time to start scheming as to how to buy a 911? The Lancer's CVT now cries foul on hot days after only about 30 minutes or so of goofing off on track, so...do I start scheming about replacing it? I'm thinking a nice aircooled, even though prices are usually dumb. Maybe a 997 if the right one materialized in front of me. Round headlamps and a fully attached coupe roof are a must. That's it. That's the car I've always wanted. Same shape 'cause they nailed it the first time and only really deviated from that with the 996. There are even some relatively reasonable driver-grade aircooleds to be had if you go on the hunt, and heck, I work from home, so why not? It'll be a while before I'm ready to buy something anyway, so like, I guess I'll start poking around at "car?" for a long, long time before probably keeping the Lancer anyway because I'd have to pay someone $2 to take it away by now. Besides, I still have dumb things I want to do with the Lancer. It's a good car as long as it's not a 105-degree-F track day. Heck, I could fit two 'Ring laps in comfortably in 30 minutes, and that one's not located on Satan's nutsack.

The other counterpoint: A nice second-gen Cayenne would fill the "I need to tow stuff sometimes" need without me having to ask work if I can review a car during my time off. It'd be newer with more modern safety tech in a place full of crappy roads and worse drivers. I could tow my Porsche/wagens WITH a Porsche. But the Lancer's best feature is "all the race cars are either broken or not here right now, so I'm going to blow off steam in this." I can show up on track and hoon. You can do that in a Cayenne, but lighter, smaller cars are much gentler on consumables. I have wanted a 911 ever since I knew the 911 existed, so it's like, a lifetime goal for me.

This is my eternal car dillemma. I have one carport hole. Also, I'm probably going to start saving money with a general idea of "a 911 would be nice" and then blow it on cheese and 944/411 race car parts anyway, as I do. Life is a sad, futile and pointless slog, but at least there's race cars.

Cautionary tale: A Lyft driver who crashed after her fare's enemy, identified as John Doe, opened fire on her vehicle is not entitled to coverage under Lyft's uninsured motorist policy, a federal judge ruled Friday.
Click to expand...

.... Why the hell would anyone think that's an Uninsured Motorist claim?

I saw a 1st gen Ford Focus 3-door hatchback for the first time in what felt like ages. It was metallic red and looked showroom-fresh. It was a surprisingly pleasant surprise. It made me realize that the 2-door or "3-door" economy car options are way way less plentiful than they used to be.

(not my photo, but looked just like this one, but a little darker and metallic). if you just saw it with a super short glance, it had a lot in common with the super-modern-looking Hyundai Ionic 5.

NecroJoe said:
I saw a 1st gen Ford Focus 3-door hatchback for the first time in what felt like ages. It was metallic red and looked showroom-fresh. It was a surprisingly pleasant surprise. It made me realize that the 2-door or "3-door" economy car options are way way less plentiful than they used to be.
Click to expand...

The one I saw was a true Ford (found on road dead).

Had to go save my friend off the side of I-44 today. I do not like trying to load a vehicle on the side of the road with semi-tractor trailers whizzing by at 70 mph (112 kmh).
I've always had an irrational fear of anamorphic armadillos.​

Of the 890,000 electric cars registered in Germany over the past 10 years, the vast bulk of which were bought with grants, just 756,517 remain in the country, according to a study of official data.
Click to expand...

More than 100,000 electric cars subsidised by the German taxpayer — including thousands of Teslas — have probably found their way abroad as buyers exploited a

More than 100,000 electric cars subsidised by the German taxpayer — including thousands of Teslas — have probably found their way abroad as buyers exploited a

John Barlow carried out controlled stop to bring man’s car to halt after fearing he may be dead behind wheel
Click to expand... 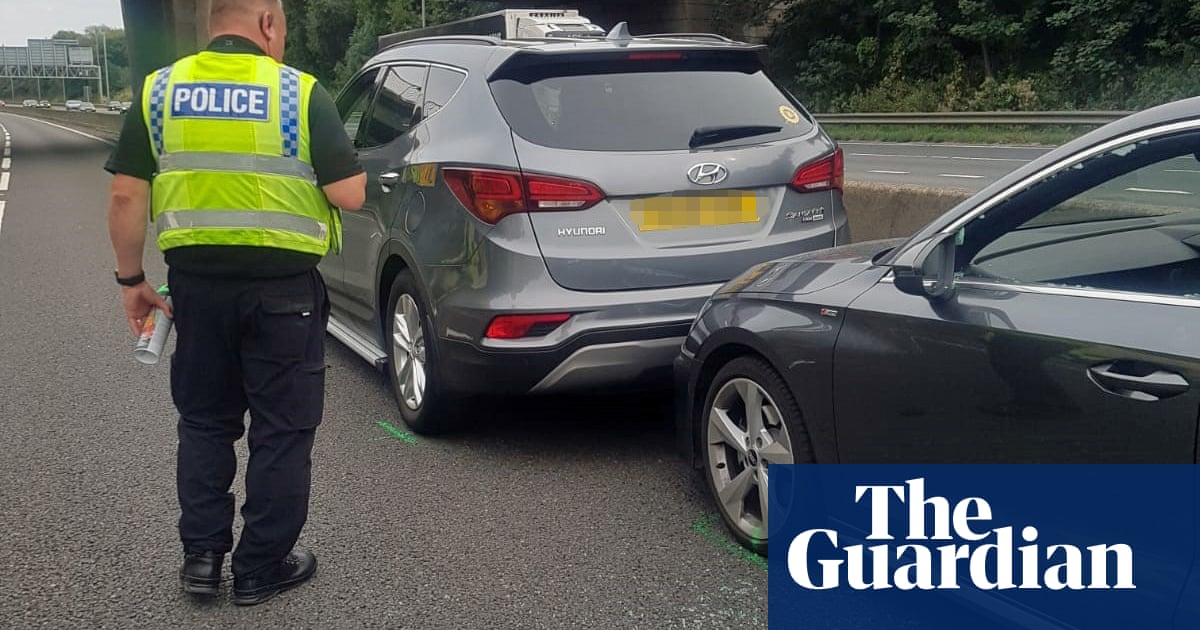 Quick question : has anyone seen a Renault Twizy lately?

I guess, like all fashion accessories, it ran out of fashion (and battery).
Shop Finalgear! * Or donate! * Track your Euro bills!

Whenever I see one for sale it's always massively overpriced. After the Twizy tour we did in Lanzarote in 2019 my mother keeps joking about getting one, if the prices were realistic she just might.