Porsche is set to return to the top category of prototypes next year...

On the track to Le Mans 2014: The first rollout of our LMP1 Prototype has been successfully completed. See the first exclusive pictures in our gallery and follow us on our Mission 2014: http://www.porsche.com/mission2014
Click to expand...

I'll reserve my final judgement until it wears its livery, but so far I don't particularly like it. The RS Spyder was a much more elegant car. Sure, it was an LMP2, and the rules have changes, but still. Also, it also looks like it could run in "2013 spec", so the rule changes for 2014 apparently don't result in a completely different appearance.
my flickr

So I've been watching old Indycar races on youtube.
I now want Bobby Unser to follow me around and just commentate my daily routine.
Help greyhounds find their forever homes.
http://greyhoundadoptionswa.com.au/

It's days like this when I think about motorsport and ask myself... why? WHY? WHY SO MUCH DEATH?

Incredibly sad news, he will be dearly missed. RIP

We've seen crazy crashes from two Audis in 2011 and Anthony Davidson in 2012 where the drivers lived, and now this year is just horrible. My thoughts are with Sean Edwards, Allan Simonson and their families.
my flickr

As for last few years, there were Marco Simoncelli and Dan Wheldon in 2011 (in fact, tomorrow is the second anniversary of Dan's untimely passing), and Gareth Roberts (co-driver for Craig Breen) in 2012. And many others in lower level events.

In this day and age, one still has to keep in mind that racing is a dangerous sport.

It's been a sad week.

Ever wanted to see what a Forza 4 public lobby race would look like if it was actually run in real life? Well wonder no longer, thanks to the second race of the Macau World Touring Cars.

Well, it's Macau. No one expects anything less...

Webber seems to be embracing his new found freedom to the full.
http://sundayafternoonclub.blogs.topgear.com/2013/11/27/webber-and-bana-to-race-at-bathurst-12-hour/
Help greyhounds find their forever homes.
http://greyhoundadoptionswa.com.au/

apperantly 2 estates will be driven next year in the btcc 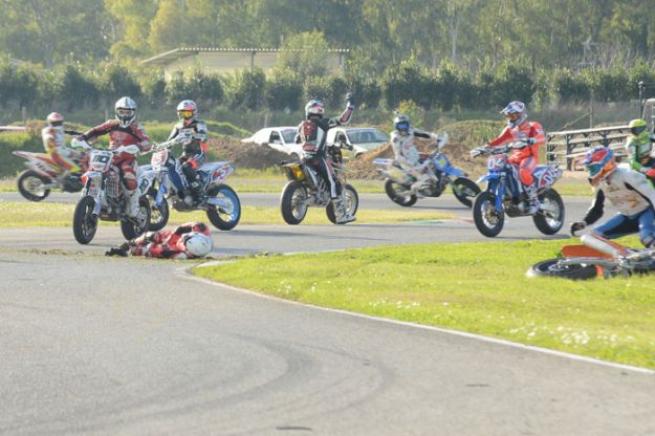 yay! glad to see him go
the most arrogant racecar driving since bobby unser...

I'll miss him, he was definitely one of Audi's best. Him, TK, and Dindo made one hell of a team. It'll be interesting what line up Audi put together for next year.

edit. Since i am a dumbass, i didn't check the v8 supercars thread...

Conversation with a time trials driver talking about Ferrari Challenge:

TTer: "Car racing is just a bunch of rich guys crashing each other. Kart kids ruined racing because they learned to slam into each other. I stick to time trials."

Me: "Touching in kart racing ends your race or flips you. Maybe you'll man up some day and do wheel to wheel."

In fairness, I'm sure karting will also rot your brain if you do it with the wrong attitude. That seems to be the problem with this guy...

Hazardous said:
In fairness, I'm sure karting will also rot your brain if you do it with the wrong attitude. That seems to be the problem with this guy...
Click to expand...

There certainly isn't a shortage of crazy kart people. Most of them tend to stay with karts, fortunately.
Ex rotard

MadCat360 said:
Me: "Touching in kart racing ends your race or flips you.
Click to expand...


What kind of karting did you do? I had lots of hard contact during races and never flipped/retired because of it. Race Tony Kart KF2 just to clarify.
"Pure driving, real racing. That makes me happy."

ALXBWSCREW said:
What kind of karting did you do? I had lots of hard contact during races and never flipped/retired because of it. Race Tony Kart KF2 just to clarify.
Click to expand...

Rotax Ital and TrackMagic (more like TrackTragic). I got my fair share of side pod donuts but I saw my fare share of flips and climbs too. One guy lost his whole top of his forearm skin because the drive wheels of the kart than ran him over were still being given full power. It certainly is not a section of motorsport that tolerates contact.

After a few years of racing I thought I knew karting, but instructing at a kart school over the past year has shown me that it's not what people like to say it is.
Last edited: Feb 2, 2014
Ex rotard