Today we had another victory, the fourth in a row. We're now 2nd in the championship, much better compared to 3 1/2 weeks ago when we were 10th (second to last)... In the first four games we weren't complete, sometimes four of six people didn't have time. In the second game I had to play on position two because four people were away, I'm normally on position six, but since the fifth game we are pretty much complete, and it shows in the results, we didn't lose a game since then. Next week we will play against the new leader, and in three weeks we'll play against the now fourth placed (which of course can change until then).

To day it college American football, the Number one team in Football, Kansas State, loses to underdog Baylor (Southern Texas), AND Number 2 best Oregon loses to Number 13 Stanford (California). I am a big Oregon and Kansas State fan, so saying I'm sad is an understatement

Eye-Q said:
Today we had another victory, the fourth in a row.
Click to expand...

Make that the fifth. We're championship leaders now, but we have one game more than the 2nd and 3rd who are only one point behind us. Next week we don't have a game, the week after that is the last game in the first half of the season.

So the ACC- Big Ten Challenge ended up a dead heat at 6-6 each. But Duke managed to lay the smack down on "The Ohio State University" with a stonking great run in the 2nd half. DUKE DUKE MUTHAFUCKAAAAAAS!
Last edited: Nov 29, 2012
"Power corrupts. Lack of power corrupts absolutely."

Eye-Q said:
Make that the fifth.
Click to expand...


Eye-Q said:
We're championship leaders now, but we have one game more than the 2nd and 3rd who are only one point behind us. Next week we don't have a game, the week after that is the last game in the first half of the season.
Click to expand...

Since the two teams who could have overtaken us both lost last week we were still first and now we're top of the league after the first half of the season. Let's hope we'll hold the pace up over the turn of the year, the first game of the second half of the season is on January 7th.

"Ice Cross" is hilarious.
There is no such thing as a stupid question.* *but there are a lot of inquisitive idiots.

Spain is the new Handball World Champion after completely destroying Denmark in the final. It was embarrassing to watch. Denmark had been doing so well till this, it's quite surprising that they could get so completely outclassed in every aspect of the game.

The fact that it took me until today to find a certain website which provides me with free streams of Bundesliga games is is an embarrassment. I'll make up for it by watching as many games as possible. 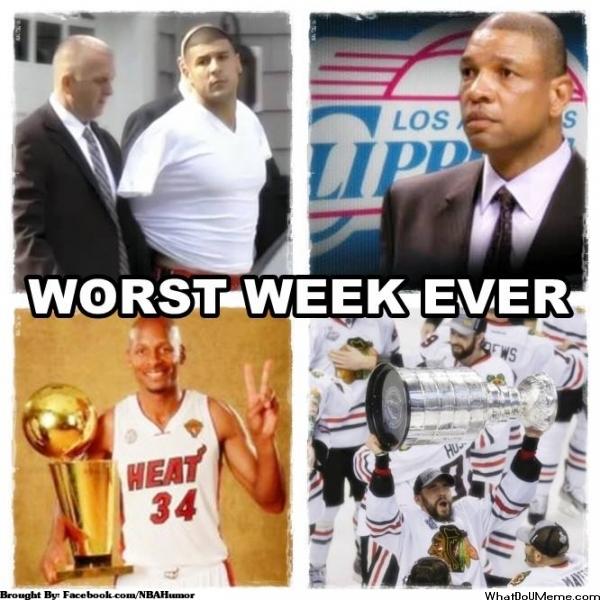 Well you can't have everything. ...

Wimbledon,
Silverstone GP and. .. (OK not Sport but hey) Glasto.

No thread for the winter games? India will not be able to carry their flag....will have to use generic olympic flag. It's pretty idiotic.

That's a shame for the Indian athletes taking part, that a political row has gotten in the way.
At least they can still go and compete, unlike the silly politics off the 80's when whole teams were stopped.

And a new Thread will be put up for the Winter Olympics I'm sure, last time for Vancouver a Canadian took the honour.

Any Russian FG members wish to take it on here?

Gotta love watching this guy being humiliated in another final

^
Is it the World Indoor Bowls competition? Otherwise I give up.


Firecat said:
No thread for the winter games?
Click to expand...

Anybody or I shall start it myself!

Heathrow said:
^
Is it the World Indoor Bowls competition? Otherwise I give up.
Click to expand...

Nope , Its the euro handball final won by the french team against the host team , Danemark.

Correspondent75 said:
Nope , Its the euro handball final won by the french team against the host team , Danemark.
Click to expand...

Wow, those Danes need to get some younger players, them dudes look old.

Seems like the India Olympic committee is trying to manufacture a crisis. All they had to do was schedule their elections for February the 6th instead of February 9th and then they could have competed as Indians instead of independents.
Blog now updated with more facts and graphs. Snarkiness included for no additional charge.
The Volvo V60 is coming to the US of A

Today I went running for the first time in years and for the first time since I have been diagnosed with Diabetes Type 1 in 2013. I went out with some other Type 1-people, that was motivation enough to run 5 km without break in about half an hour - not bad, considering the long hiatus...

I'm working towards the race between the seas which is a team event where you can enter with teams up to 10 people, there are 10 stages between 8.1 and 11.7 km. I am in a group of people Type 1 who participated in that event the last two years so I'll participate this year as well. My aim is 10 km in under an hour; as a pupil I went running regularly, my best time was something around 41 minutes for 10 km.

Best thing: my blood glucose level was bang on, even though you shouldn't do workout below a level of about 150 mg/dl I went in at about 120, took some extra dextrose beforehand and came out at 104 (normal level is between 90 and 140 mg/dl).
Last edited: Jan 11, 2015
You must log in or register to reply here.
Share:
Facebook Twitter Reddit WhatsApp Email Share Link
Top